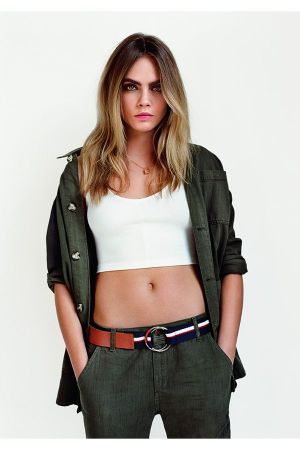 Topshop lets customers shop trends as they emerge on Twitter

by Elena Reudenbach — February 19, 2015
Topshop is collaborating with social media platform Twitter in order to give people instant access to next season’s fashion trends.  During London Fashion Week, Topshop will analyze real time data in the form of tweets from industry members and influencers at and around the shows, to identify trends as they emerge.

The names of these trends will then be displayed almost instantly on digital billboards, which will be located in pedestrian areas in London, Leeds, Birmingham, Manchester, Liverpool and Glasgow, as well as pop up in the Topshop trend cloud as hashtags (for instance #colorblocking or #pleats).

Customers who tweet a trend hashtag addressed at @Topshop will receive a curated shopping list inspired by this trend, which can be purchased immediately at a nearby Topshop.

Example image of the digital billboards
In addition, Topshop will create a multi-faceted in-store experience at their Oxford Circus flagship store in London, including a screening area to allow customers to watch the Topshop Unique show live from Tate Britain, as well as to win a chance to attend the spring/summer ’16 show in September by reviewing the show through tweets. The store façade will also feature a live billboard showing the emerging fashion trends and incoming tweets.

To even further broaden the use of social media, Topshop’s models will be stepping into a Vine (social media app to create short videos) booth before going on the runway, to show their full looks in a 6-second video, which will be shared across social media and Topshop.com.

Sir Philip Green, chairman of the Arcadia Group (Topshop, Topman, Miss Selfridge etc.) comments: “The Topshop Unique show continues to innovate not only in terms of the collection, which gets stronger every season, but also clearly recognizing that our customers want to feel a part of this exciting event. Whether we are giving them a look behind the scenes at the show or partnering with a global platform such as Twitter to allow them to shop the trends in real time, our aim is to create a truly inclusive experience."

On 26 February, 2015, Topshop will also open their first stand-alone store in the Netherlands, on Amsterdam's Kalverstraat. Until now, Topshop is only represented in the luxury department store De Bijenkorf in Amsterdam.