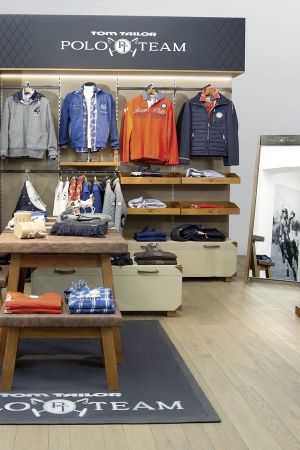 Tom Tailor: positive results in first Half of 2012

by Melanie Gropler — August 09, 2012
Tom Tailor Holding AG has announced its number for the first six months of 2012. The company was able to realize growth in its sales channels. In addition to this, the group announced in June an important strategic step with the planned takeover of Bonita. The transaction should to be completed shortly.

“There is no doubt that the most important event in the reporting period was the announced takeover of Bonita. This established, profitable brand will instantly enable us to tap an additional, attractive new market segment and make us a new heavyweight in the European fashion industry,” said Dieter Holzer, Chairman of the Management Board (CEO) at Tom Tailor Holding AG.

In the Wholesale segment, which comprises franchise stores and shop-in-shops, Tom Tailor grew its sales by 8.1% to EUR 122.3 million (H1 2011: EUR 113.1 million). The growth was attributable to three factors in particular: positive demand from trading partners for the collections, the improved consumption climate in Eastern European sales markets and the expansion of controlled selling space. Tom Tailor increased the net number of shop-inshops by 103 to 1,889 and franchise stores by four to 159 in the first quarter.