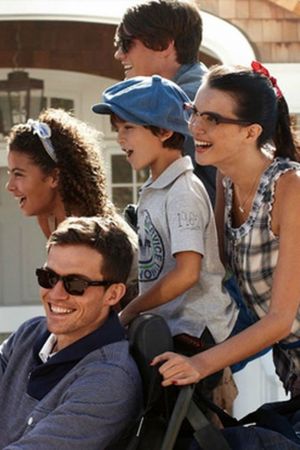 — March 20, 2013
The Tom Tailor Group looks back on a successful Fiscal Year for 2012. This is what Axel Rebien, Chief Financial Officer and Dieter Holzer, Chairman of the Management Board (CEO) explained at the press conference on 19th of March in Frankfurt am Main.

“2012 was a notable year for TOM TAILOR in two respects: We celebrated our 50th

Anniversary, and began a new chapter in our Company’s history with the takeover of

BONITA,” said Dieter Holzer, Chairman of the Management Board (CEO) of TOM TAILOR Holding AG. “With two strong, complementary brands, today we meet our customers demands, between the ages of 0 and 60, and have laid the foundation for accelerated profitable growth.”

From September the time needed for production of the Bonita collection will be significantly reduced. Previously it took 40 to 44 weeks to produce Bonita collections. With the new design and development processes it will take from 24 to 28 weeks. The time saving makes it possible to react faster to trends. In future the time required for production may be reduced further still. Another aim is to open 100 new stores every year: 60 Tom Tailor stores and 40 Bonita stores. Casual and denim are said to be most capable of development.