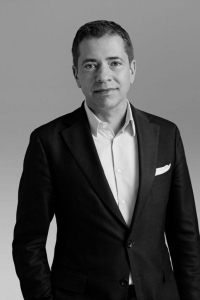 by Anastasia Dyakovskaya — November 14, 2012
Following the completion of Tom Tailor’s takeover of the Bonita brand at the start of August, the Group has reported a period of accelerated growth. Now regarded as a high-growth European fashion retailer, the company has over 1,250 stores and 6,100 employees. Sales were increased by 60.8% to €190.7 million in this year’s third quarter (compared to last year’s €118.6 million). Within retail, both brands generated €107.9 million, accounting for 57% of Group sales. Online shops fed into the reported revenue, as well as Tom Tailor’s stores, trade and franchise partners and Bonita’s own monobrand shops.

CEO Dieter Holzer stated: “A new era began for Tom Tailor in the third quarter, as Bonita officially became part of our Group. In our anniversary year, we look back on five decades of success with our Tom Tailor brand and have also taken a decisive step forward in terms of the Group’s future development. Bonita and Tom Tailor are two firmly established brands in Germany and Europe with collections that appeal to a wide range of consumers. In the third quarter, our Group achieved a 60% increase in sales and reported a gross margin of around 51%. This gives us a first idea on the potential of our expanded Group and its ability to generate value.”
Due to Tom Tailor’s own organic growth, the label itself achieved a sales increase of 34.9% over the first nine months of 2012. Furthermore, Tom Tailor’s own retail business grew by 32.5% to €136.2 million while the brand went from operating 35 stores to 283 since the start of the year. E-commerce is also on the rise for the label, with sales increasing by 48.2% to €23.5 million (compared with last year’s €15.8 million).

The management board is optimistic concerning the remainder of the year, as the upcoming holiday period is traditionally an especially strong time for sales. Given that consumer confidence remains stable, the Group expects sales of between €625 and 635 million in the year’s fourth quarter.

Holzer added in closing: “In view of the acquisition and integration of Bonita, 2012 will be a transitional year for the Tom Tailor Holding AG. It should come as no surprise that this has an impact on our earnings position. We firmly believe that the Bonita acquisition represents a strong rationale, both from a strategic and operational point of view. We expect Bonita to make a substantial contribution to our Group’s profitability as we move forward.”