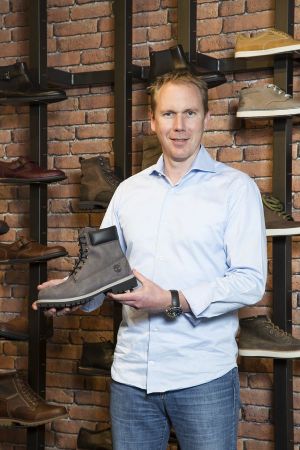 Timberland EMEA: “We can’t be depending only on the iconics”

— February 25, 2016
Timberland was one of the most trumpeted exhibitors at the latest edition of footwear trade show GDS in Düsseldorf, as it was the brand’s very first time on show under the VF Corporation acquisition and within the last ten years. The stand was subdivided into three different sections. One was dedicated to the well-known brand boot, available in a vast array of colorways but also introducing new models that drew inspiration from the iconic boot such as high-heeled versions for the ladies. Besides, Timberland presented a sneaker collection mostly in monochrome looks and leather shoes incorporating SensorFlex, a sole technology that is flexible and lightweight while providing great cushioning and firmness.

Timberland tries to translate the inherited lifestyle element that the yellow boots contain into a broader footwear offering that takes increasing care of the look and feel beyond performance features. Timo Schmidt-Eisenhart, president of Timberland in the EMEA region told us about the motivation to come back to the GDS and the will to push the brand’s other sneaker- and footwear ranges beyond the iconic boot and its offspring. Interview by Lorenzo Molina 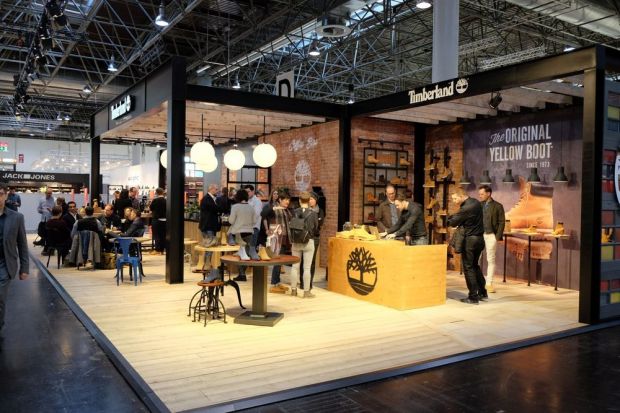 
Why did you decide to come back to GDS?
Since the acquisition [of the brand by VF Corporation] almost five years ago, it is the first time we’re back. It took a little while to integrate the company into VF in terms of processes, IT, go-to markets, people, and location. We moved our headquarters from London to Switzerland, and that took the first couple of years of the integration. Now, we’re in the phase of almost relaunching the brand, kind of kicking off the growth into different categories. Part of this process are the German-speaking countries as a region where we consider GDS as a good platform to connect to the ‘Sportfachhandel’ (sport specialist shops).

Have you been presenting at any other trade shows during the last four years?
We’ve been at Bread & Butter in Berlin a few times because of its lifestyle element. B&B is gone in the meantime, but there was a slightly different purpose. GDS is really the German-speaking shoe trade fair.

I don’t know how the brand performance in Germany is at this point. Still, after not being at GDS for quite a while, could it be that the brand was losing visibility and that’s why you came back to exhibit?
I wouldn’t say at all that not being at a trade fair was tempering the business so far at all. Again, we went through a busy integration face in the last three to four years and the business has been growing in the meantime. Now, I would say that we’re going through an acceleration phase of that growth more than anything else.

The yellow boot, Timberland's biggest icon
When thinking of Timberland, it’s practically inevitable to think about the iconic Yellow Boots –and this might also happen to consumers as well. First of all, what percentage of overall sales is represented by only this product?
This is a common question that we get. The Yellow Boot is the icon of Timberland obviously and a perfect product representing our history and our heritage: rugged waterproof footwear protecting your foot from cold and wet. The halo of that product is enormous, so anybody you talk to would think that is a dominant part of our business. But we’re very happy that, in the meantime, it’s not anymore. It’s a key product: the Yellow Boot itself has a 4% share of total business globally, which is not as much as you’d think.

So, which shares of total business are represented by the iconic Timberland boot?
Let me say also that new product families like the SensorFlex [sole] platform are very big in the meantime; capsule sneaker-type product which we’re doing since about three years and incredibly took off in Europe and Asia. This is another reason why we’re here in Germany: to present this new Timberland. In this country, there is certainly a more conservative attitude from some of the classic shoe trade accounts, which are a bit more anchored in the traditional Timberland. That’s fine, but we want to show them as well that the new Timberland is taking off. Almost saying ‘don’t miss the boat’! We’re moving into something bigger than you might know from 30 years ago.

You forgot to say the total business share that the iconic boot represents.
We can’t disclose this information. But I can say that as a brand we’re way less dependent on the classic iconic product as the brand has been ten, twenty, thirty years ago. Part of the brand strategy to put it on a broad basis. We can’t be depending only on the iconics. We treat them like a holy grail –it’s our history and heritage. But from a brand strategic point of view, we need to make Timberland bigger and even more stable, not to be depending on a certain trend or iconic product.

You talked before about men’s footwear gaining share. A lot of outdoor brands struggle when catering for women, as they’re usually more trend-driven and brand disloyal than men. How is the women’s market developing for Timberland and what’s your approach?
The easy part of the women’s business are the classics, like the yellow boot or female-related colorways. But the casual market in women is trickier; you need to be more trend-sensitive. For instance, we have a regional design team in Europe that creates female product for Timberland’s European consumers, while global men products are designed and developed in the US. 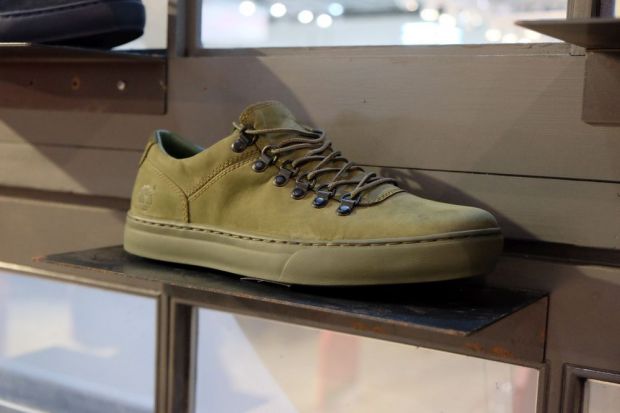 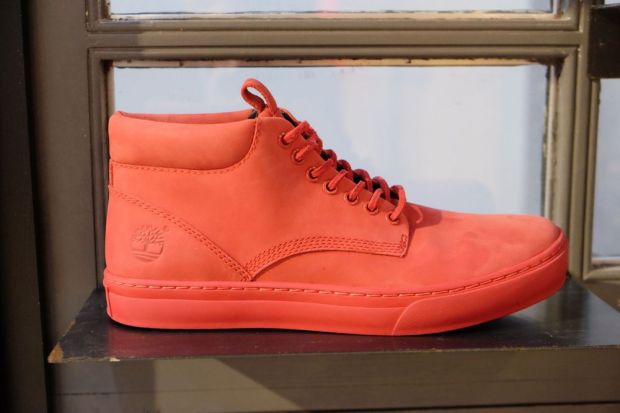