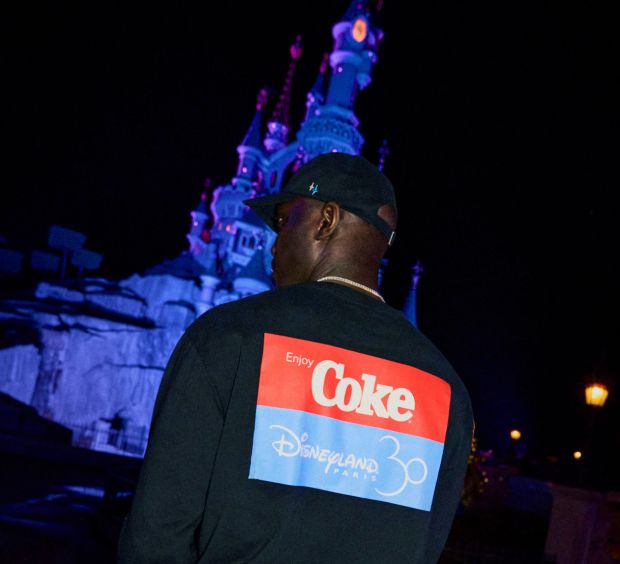 How alliances with the fashion world help Coca-Cola stay fresh

Coca-Cola is a most beloved transversal and democratic brand, but also a much discussed multinational company.

Its rounded bottle and curvy logo have become contemporary icons portrayed in pop art as, for instance, in Andy Warhol’s paintings. The brand and its representations have also been perceived most differently as a fetish and cult object, as well as a symbol for affordability, but also for consumerism and capitalism, the Western world, and, simultaneously, for globalisation.

This long-time existing soft drink continues to fight and exert its appeal in order to attract consumers' attention and launching a series of new initiatives aimed at celebrating itself, keep its popularity alive and recall attention from the younger generations. 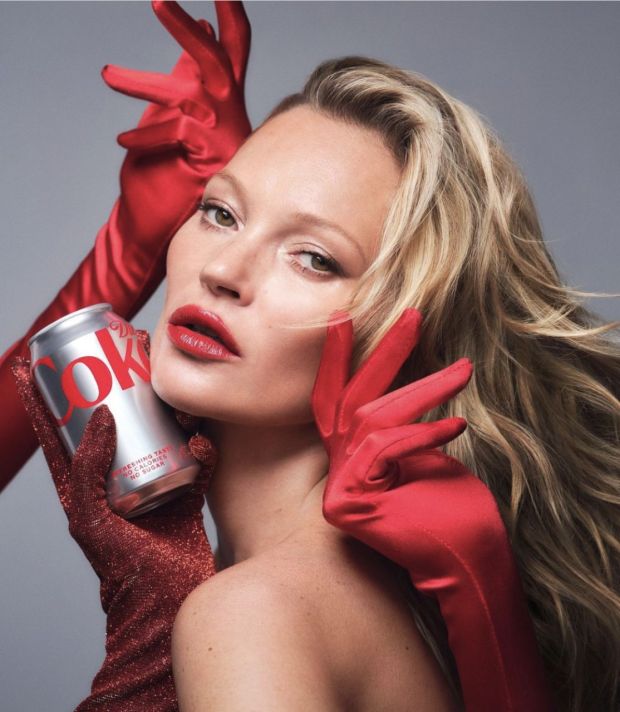 Photo: Coca-Cola
Kate Moss, new creative director for Diet Coke's 40th anniversary celebrations
On the occasion of Disneyland Paris’ recent 30th anniversary celebration, it launched “Classic Paris”, a collaboration capsule collection. Along with it, it recently also kicked off celebrations for the 40th anniversary of Diet Coke, whose  project’s newly named creative director is top model Kate Moss, adding up another initiative to collaborations within the fashion world including previous ones with Kith, Diesel, Comme des Garçons and Staple Pigeon. 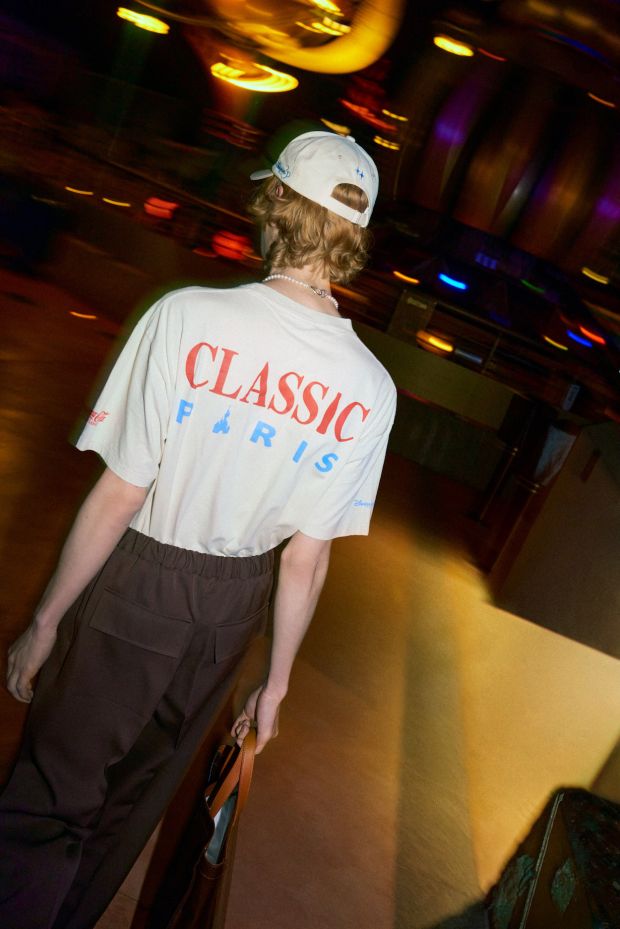 Photo: Coca-Cola
Classic Paris capsule collection
The new “Classic Paris” collection draws its inspiration from ’90s minimalism, a popular trend on catwalks in these days but also in-keeping with the days when Disneyland Paris opened in the early ’90s.

The limited edition capsule collection is identified by a new joint logo of Coca-Cola and Disneyland Paris branding. It offers eight styles including baseball caps, crew necks, straight-cut t-shirts and hoodies, available in washed red, grey and white colorways and old at the Coca-Cola Concept store in London’s Covent Garden, Coca-Cola’s first dedicated retail space and a hub for new collection drops, at the Disney Fashion Shop at Disneyland Paris and through the e-commerce section of Highsnobiety, the media and creative platform that curated the capsule.


The SPIN OFF asked Aylin Kosova Bilgin, head of Coca-Cola Trademark Europe, how the recent initiatives started by Coca-Cola within the fashion segment help the brand reinvent itself and remain “forever young”. 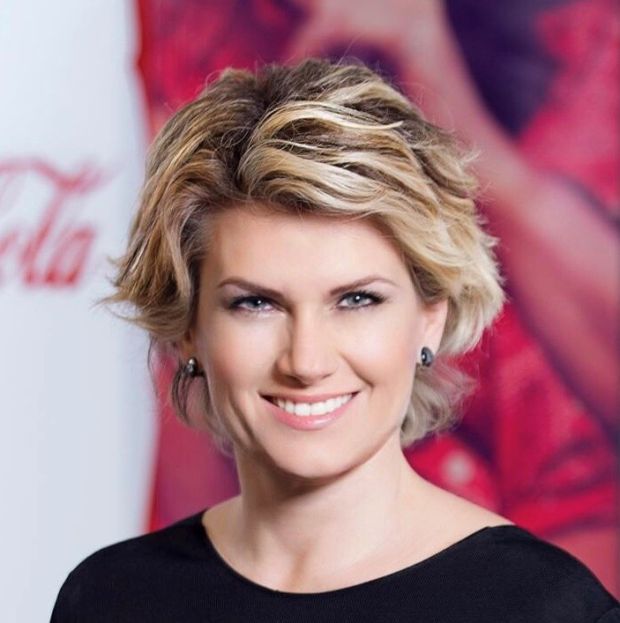 Photo: Coca-Cola
Aylin Kosova Bilgin, head of Coca-Cola Trademark Europe
What, in your opinion, are the aspects which make a brand like Coca-Cola so popular?
Brands which stand the test of time and are loved by their audiences are innovative, accessible and make the recipient feel good.

Coca-Cola taps into the real micro-moments of magic in everyday life and offers people a reason to come back to us time and time again. The partnership with Disneyland Paris and our Classic Paris collaboration is one such example of how Coca-Cola does exactly this. The collection gives everyone the chance to engage with and own part of the iconic, instantly recognisable, brand.

To what extent can a historic brand reinvent itself and experience a new youth? And how is Coca-Cola doing this?
Coca-Cola has constantly evolved to reflect the cultural landscape which its audience embodies. We’re committed to interacting with our target audience to understand their passion points, which then drives our own brand engagement strategy, e.g. in fashion and music. We have our finger on the pulse of popular culture and working with industry tastemakers. This allows us to be at the forefront of the conversation. 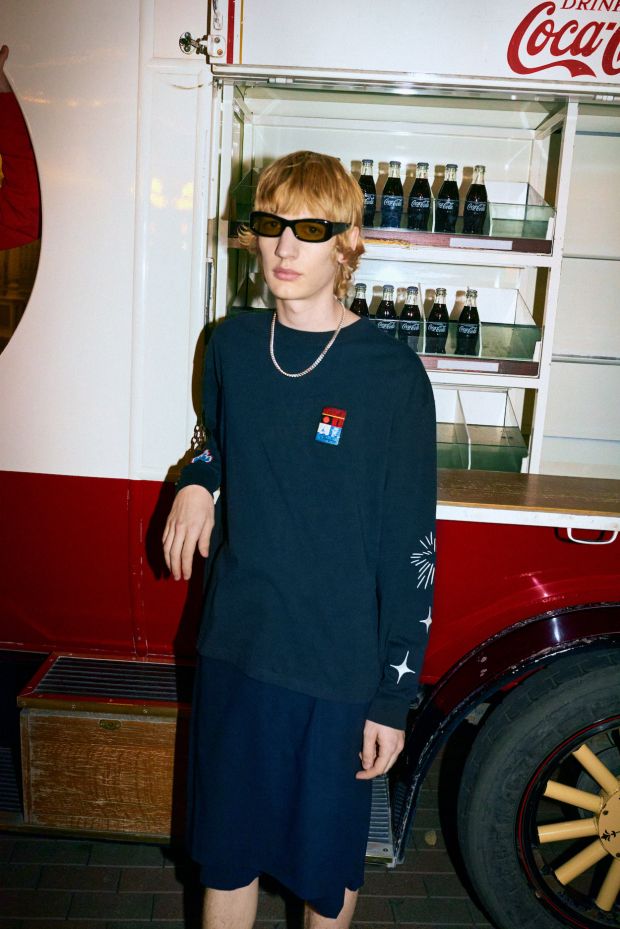 Photo: Coca-Cola
Classic Paris capsule collection
Does this collaboration fit with Coca-Cola’s aim to reinterpret its heritage in an innovative way?
Coca-Cola has always had a rich heritage to and strong connection with the world of fashion and culture.

This time, through the Classic Paris collaboration, we’re engaging with a fashion-focused community. The collaboration showcases the coming together of two iconic brands to specifically engage and excite an audience of cultural pioneers. Built on a partnership of 30 years, this curation of a limited capsule collection is a refreshing and unexpected way for both brands to collaborate.

Which demographic are you hoping to engage with?
The Classic Paris collection has been designed to specifically engage an audience which is rooted in the zeitgeist, at the heart of cultural movements.


Is fashion a good ally for growing or keeping the Coca-Cola brand's popularity stable?
For the Coca-Cola brand, fashion is an interesting space, as it is always evolving and reflecting cultural movements. This is apparent within the collaborative capsule collection with Disneyland Paris, which has been inspired by nostalgic minimalist streetwear as seen on the catwalks and sidewalks of Paris in the ’90s. This playfulness reflects in how we operate as a brand and is a passion for many of our consumers. Allowing them to express themselves freely whilst having fun.

What are Coca-Cola’s next initiatives in fashion?
Coca-Cola branded products have always offered a timeless aesthetic with timely appeal. Reflecting the pure identity of the brand, which people from all walks of life are excited to own a piece of. Coca-Cola has a long heritage of working with tastemakers in the world of fashion, and we hope to continue collaborating with iconic brands and individuals. One of whom is Kate Moss, who was recently appointed Creative Director for Diet Coke. 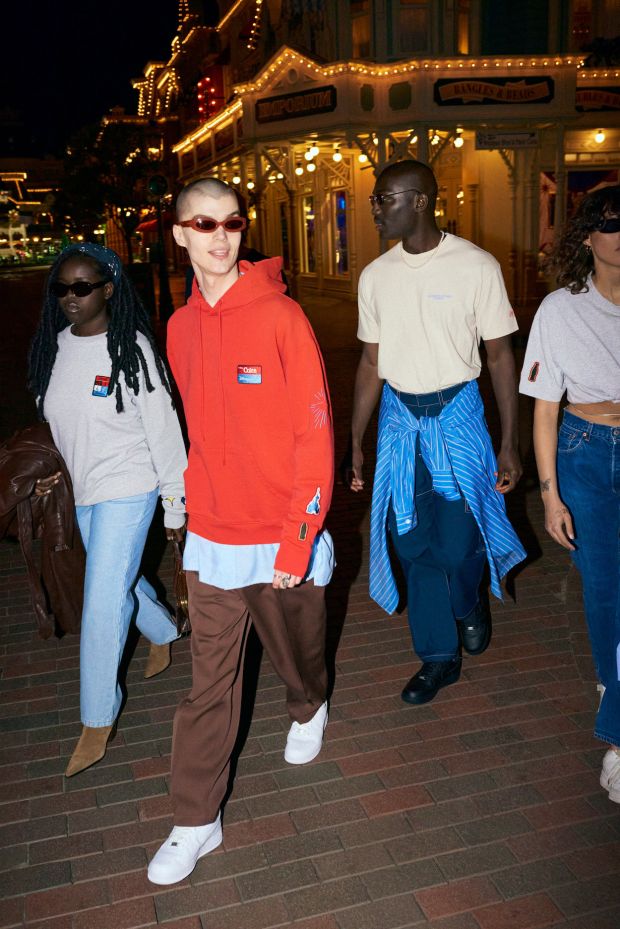 Photo: Coca-Cola
Classic Paris capsule collection
Can you tell us more about this collaboration with Kate Moss?
The collaboration was announced earlier this month and is a hugely exciting moment for us as we celebrate Diet Coke’s 40th anniversary. Kate will be working with Diet Coke to release and unveil a standout plan and program of activity over the coming months to celebrate the brand. Diet Coke has always been synonymous with fashion and style, having previously collaborated with fashion icons such as Karl Lagerfeld and Marc Jacobs, and with this collaboration we are once again bringing the shared love and joy of fashion to our fans. 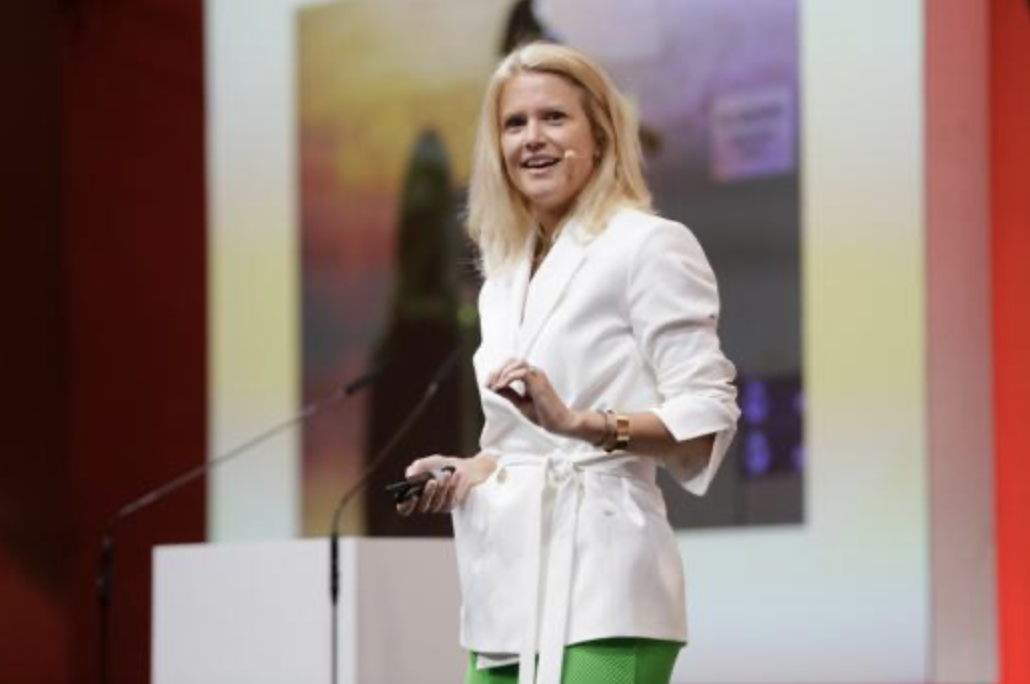 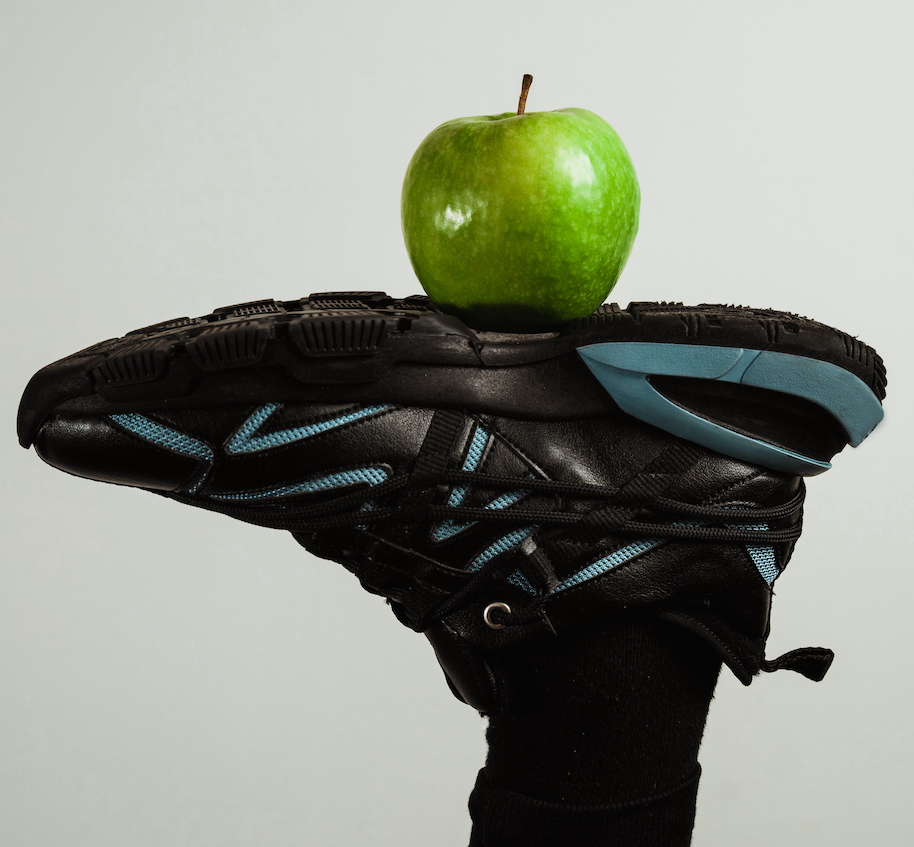 Label To Watch: How Adar wants to reinvent the sneaker market 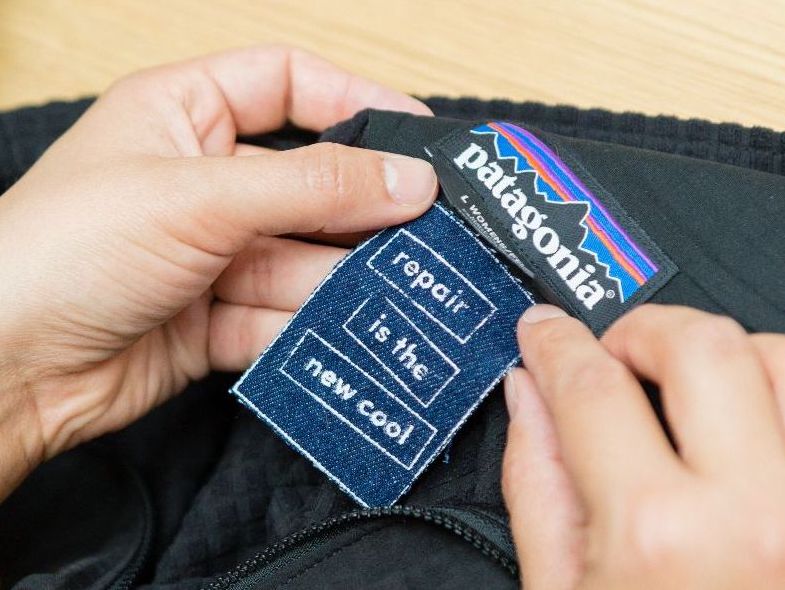 How Patagonia wants to fight the "use & throw" mentality 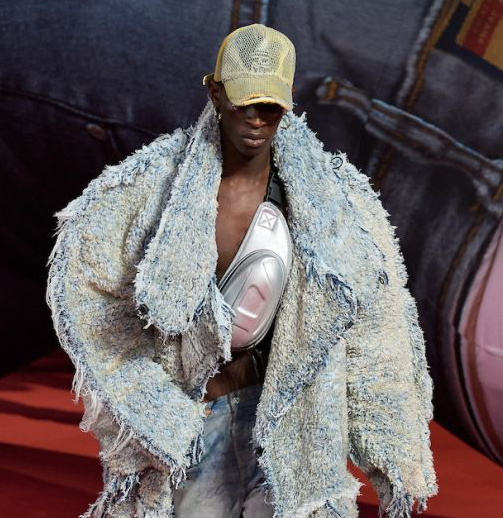 Is democracy the new cool in fashion? Diesel says: "Yes"