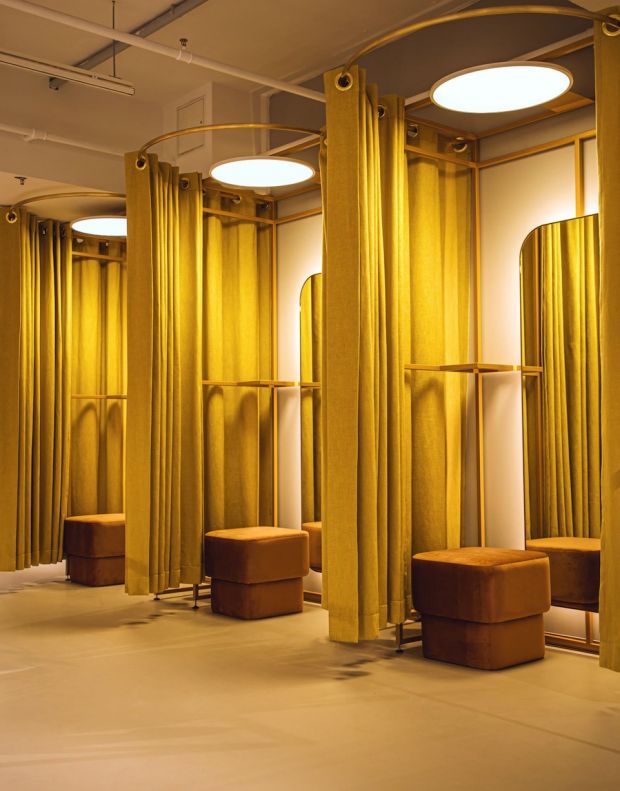 For example, the 1,600-square-foot space uses the novel material Karuun from Out for Space for the rattan back wall in the "First Impression' department. Made from the rattan plant, Karuun is intended to be a natural alternative to plastic and its use could help to protect rainforest areas and reforest them: rattan does not grow in monocultures, but exclusively in the tropical rainforest. It is considered very light, malleable and has special tactile properties. By coloring the capillary structure, special optical effects can be achieved. 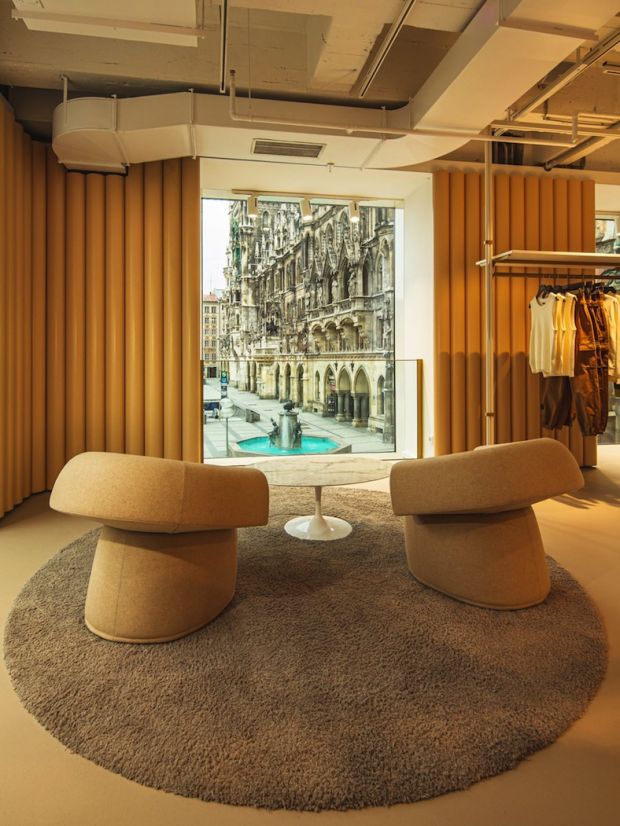 Photo: Ludwig Beck
Rattan walls made of Karuun
In the jeans department, inserted wood tiles are used, which consist of ash veneer from the Danube region and a carrier made of sustainably produced, climate-neutral plywood. Short transport routes and regional value creation are thus intended to ensure a better climate balance. 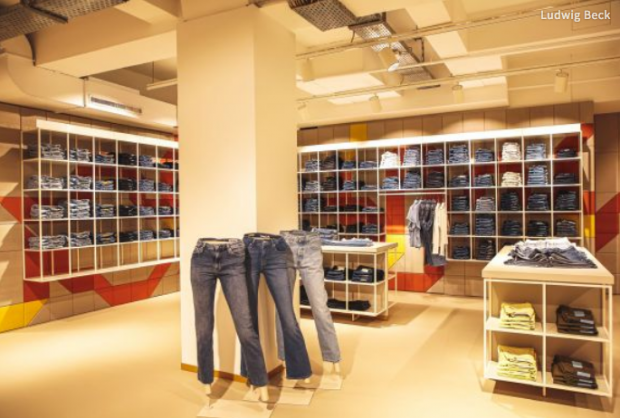 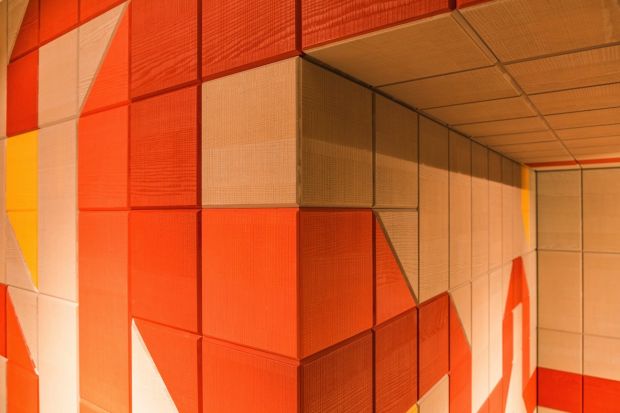 Photo: Ludwig Beck
Wood tiles in the jeans department
The partner for the floors is Bolidt in Rotterdam. In the future, all Bolidt floors are to be made from 100% natural, non-selenium raw materials–currently the figure is 85%. Bolidt discloses its sustainability program as part of its GreenDots initiative.

Visually, interior designer Claudia Breil picks up on the pattern mix, colors and shapes of the listed facade as a style-defining design element of the new space. From milled-in wall motifs to the floor tiles–the pattern of the exterior facade runs thematically through the entire department. 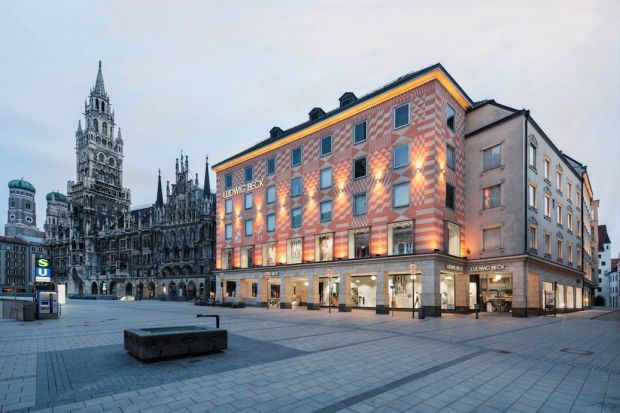 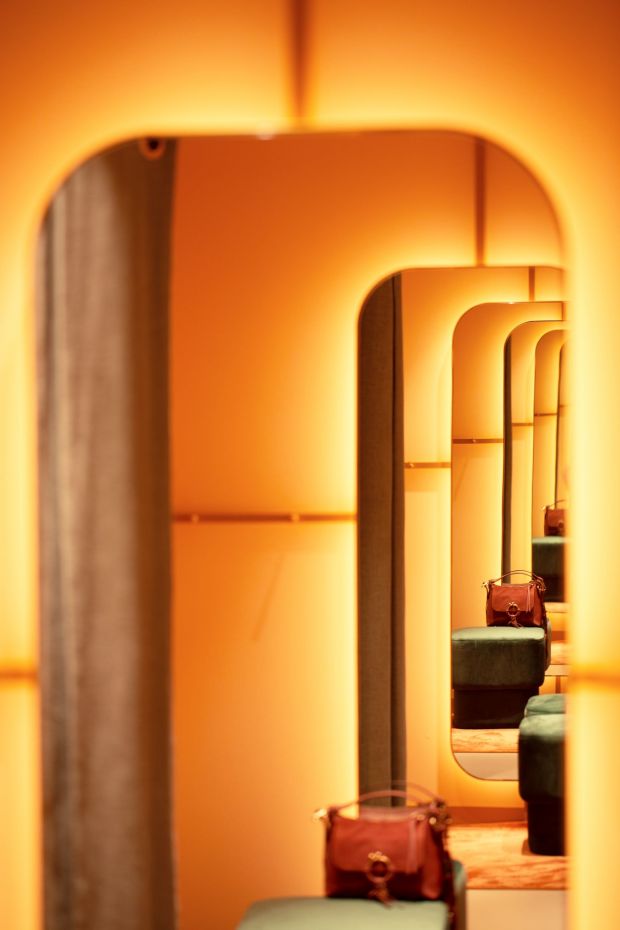 Photo: Ludwig Beck
Inside Ludwig Beck's new women's trend department
It is also the guiding and orientation system for the routing through the different sections of the building with brands such as Munthe, Stine Goya, Officine Generale, M Missoni and By Marlene Birger on the upper level and brand stores from partners such as Marc O'Polo, S.Oliver, Comma and More & More on the lower level.

The corresponding material, color and form concept, with terracotta tones and white combined with caramel and a matte green, is intended to create a premium look and feel inspired by the façade and by the hottest hotels in international metropolises. "The Curve", the arc shape, is another recurring theme–from furniture to multifunctional merchandise carriers, a hanging rail in snake shape to various back wall designs as eye catchers, sometimes as Mutina tile walls alternating with painted surfaces and an amorphous interpretation as a relief wall. 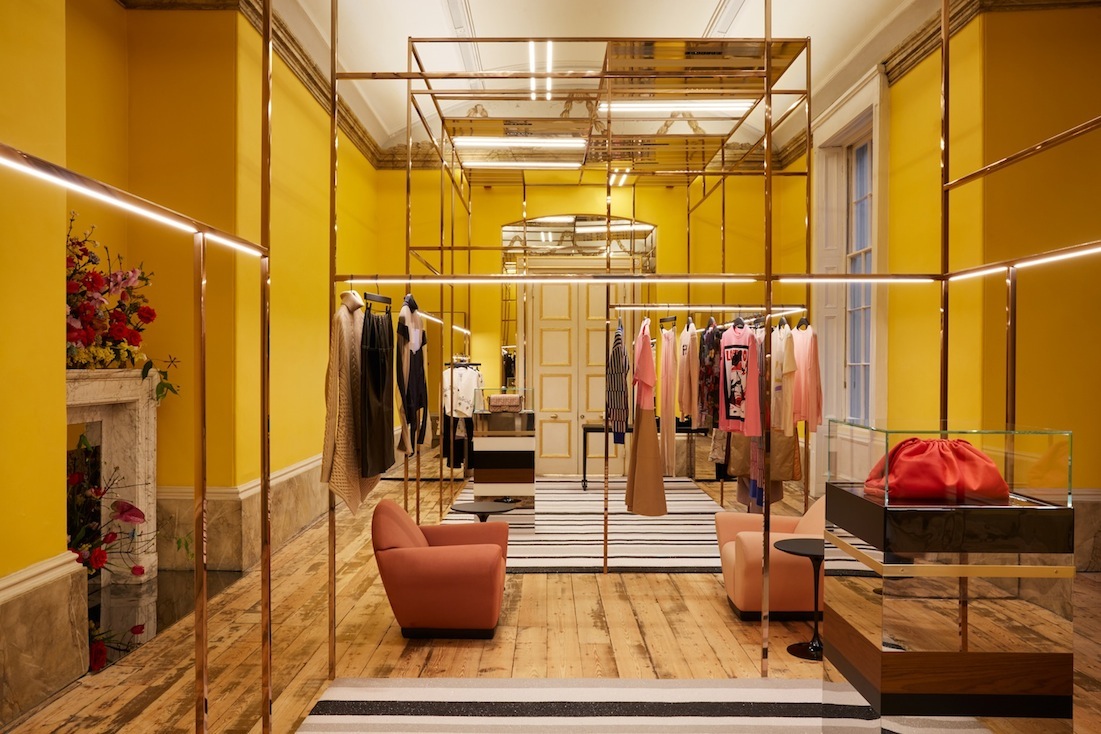 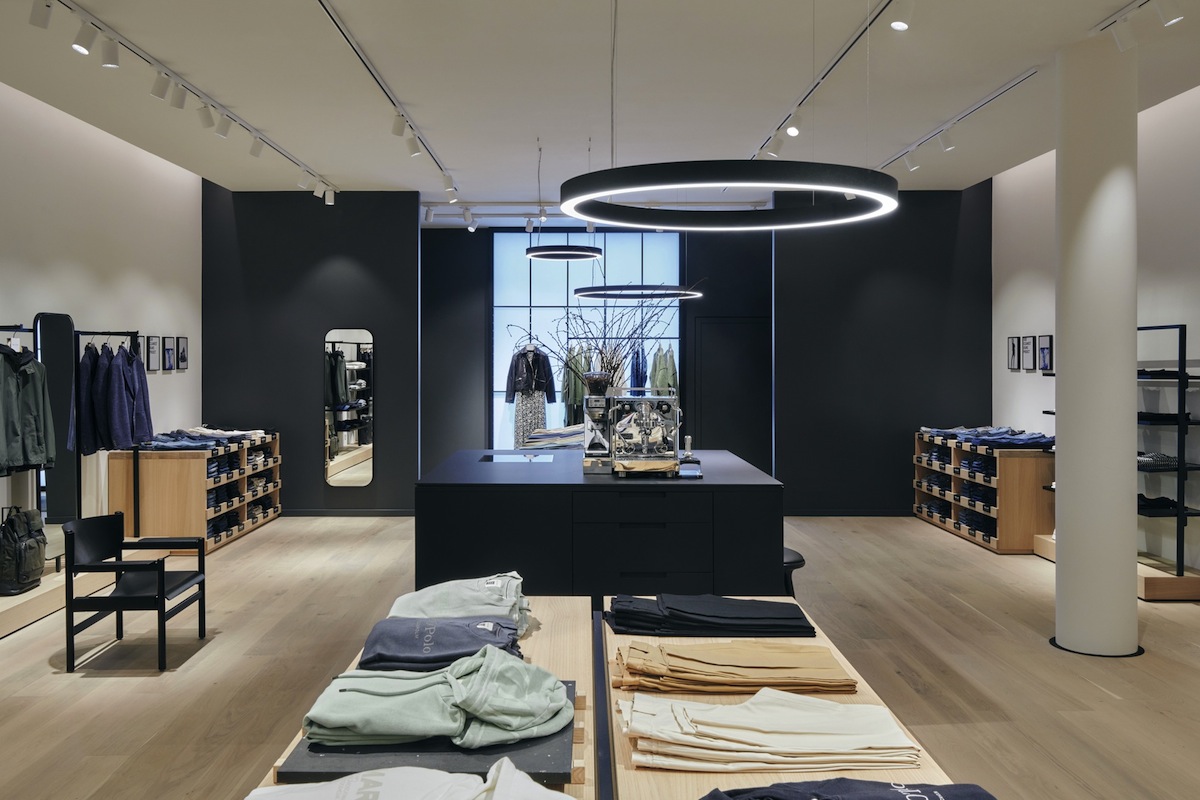 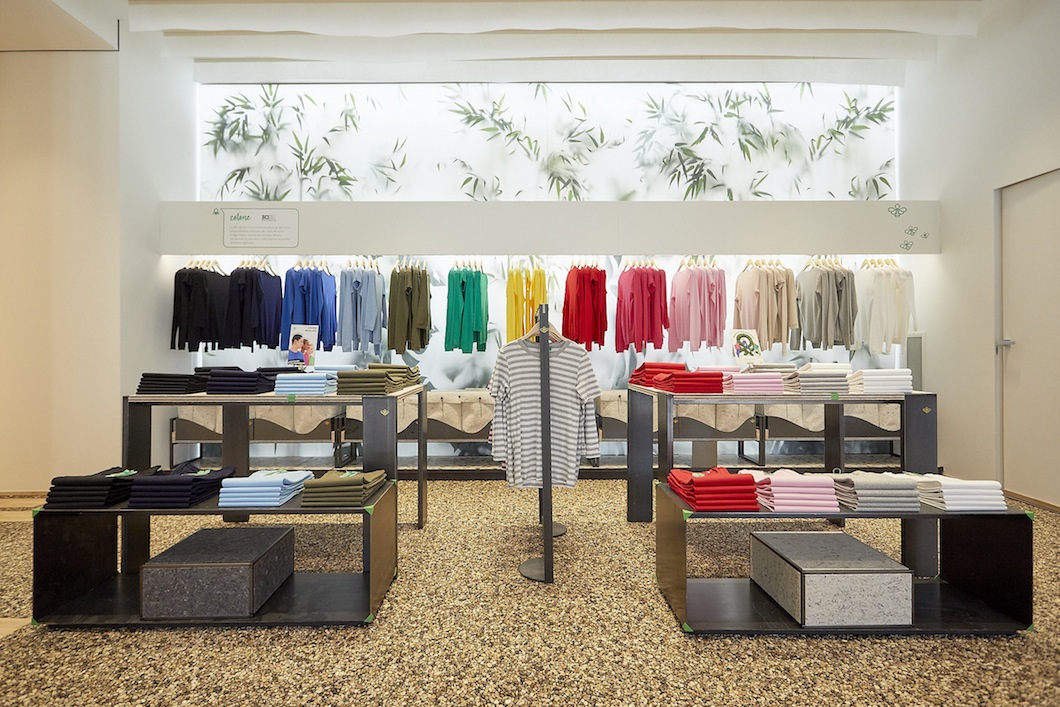 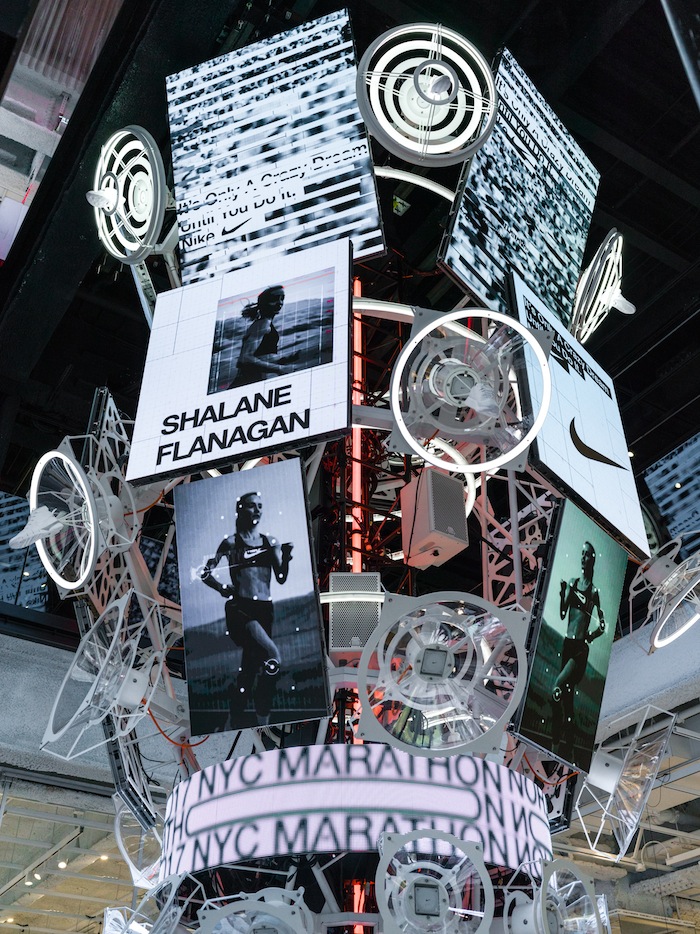