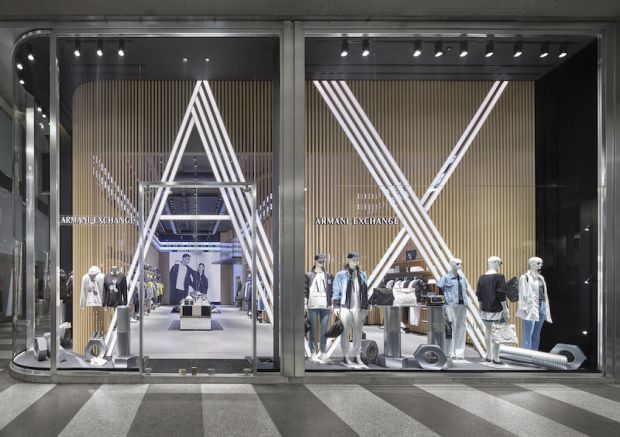 The Armani Group has just opened its largest A|X Armani Exchange store in Europe. The flagship has opened in Milan within Milan Fashion Week in February 2022. The choice to open its first Italian store in Corso Vittorio Emanuele II, a key shopping location and a multigenerational social destination in Milan's city center, wants to underline the brand’s inclusive and democratic spirit.

The store team itself was selected via a dynamic recruiting process that was made public and open to the entire city, through a wild posting and a social campaign developed around the slogan “I need you”.

The store was designed by Giorgio Armani and his team of architects and fits into part of a building designed by Gio Ponti. It is characterized by a minimalistic design, despite it strikes passers-by for its corner façade and its three large windows adorned with the illuminated letters A and X. 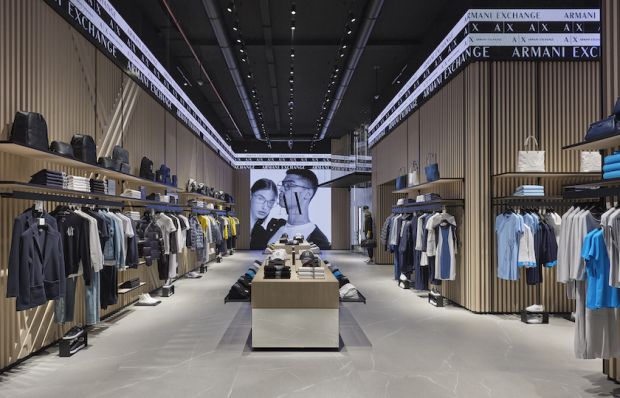 Photo: A|X Armani Exchange
A|X Armani Exchange flagship store in Milan
The space extends across two floors, with an overall surface area of approximately 480 square meters. Floor to ceiling neutral oak slats are a distinctive element in Armani’s minimal language and define the space. A stone effect floor and exposed electrical installations on the ceiling underline the location's industrial look, highlighted by the transparent glass lifts and stairs that connect the two floors. Along with that, a black LED screen runs around the upper perimeter of the store, displaying graphic information and logos.

The entire project was designed to reduce its environmental impact, from the selection of materials and finishes to the coverings and lighting. From metal to glass, the chosen materials can be easily disassembled, reused and recycled. The ceramics are produced employing a percentage of recycled material ranging from 20 to 40%. The wood and the coverings come from certified FSC (Forest Stewardship Council) forests. The lighting system, designed to limit waste, features the latest LED technology. Avant-garde systems and technology aim to make the shopping experience more unique, with large-scale video walls and Smart Checkout and POS mobility for smoother payment. A space at the street-level floor is now welcoming consumers willing to win gadgets and freebies through an interactive game, while in the future it will host various young music artists’ performances and special projects. 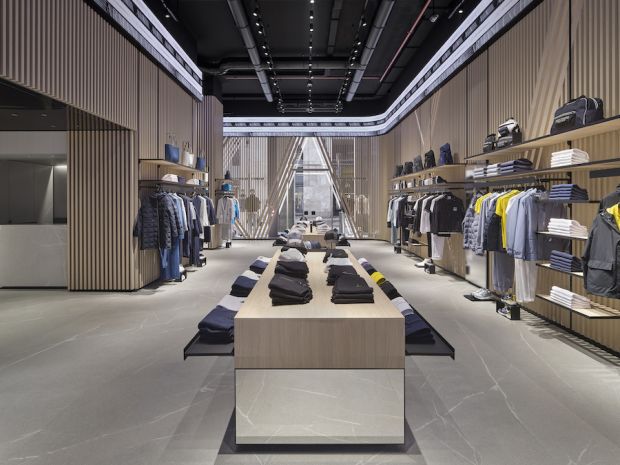 Photo: A|X Armani Exchange
A|X Armani Exchange flagship store in Milan
“Any project that involves Milan has special meaning for me. My world has no bounds, but its center is here. This opening represents an important step in the history of the Armani Group and in the evolution of A|X Armani Exchange, the line that has been the most dynamic brand in our portfolio and that has always been in sync with the younger generations," commented Giorgio Armani. "Corso Vittorio Emanuele II is the ideal location for its first store in Italy: a main artery whose appeal to multiple generations has stood the test of time and continues to attract a public of different ages, origins and interests. I am proud of this new space because it testifies to our constant dialogue with people, something that I care about today more than ever,” he added. 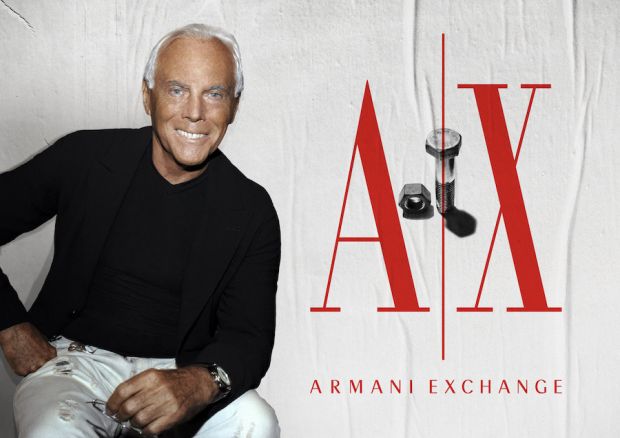 Photo: A|X Armani Exchange
Designer Giorgio Armani
A/X Armani Exchange was launched over thirty years ago in 1991 in the US with the aim to introduce a younger audience to the values of the Armani world. It is mostly produced according to sustainable criteria and offers minimal, contemporary, accessible, versatile clothing and accessories meant to reach a wide audience, regardless of age, gender or background. After 2017, Armani Group reorganized its brand portfolio and brought the A/X brand, previously managed under a licensing agreement, back in the company and now also includes products that were previously offered by the Armani Jeans and Armani Collezioni brands.

Since 2021, A|X operates globally through all distribution channels with a network composed of 2,850 sales points around the world, of which 347 are single-brand. Geographically speaking, the business is now consolidated on the American continent and seeing constant growth in Europe and new opportunities in Asia. Today the brand is selling through new important single-brand stores in high-impact locations including Tokyo and Cologne. After the opening of the Milan flagship store in 2022, new stores will be inaugurated in Rome, Amsterdam, Berlin and London’s Regent Street by the end of the year. 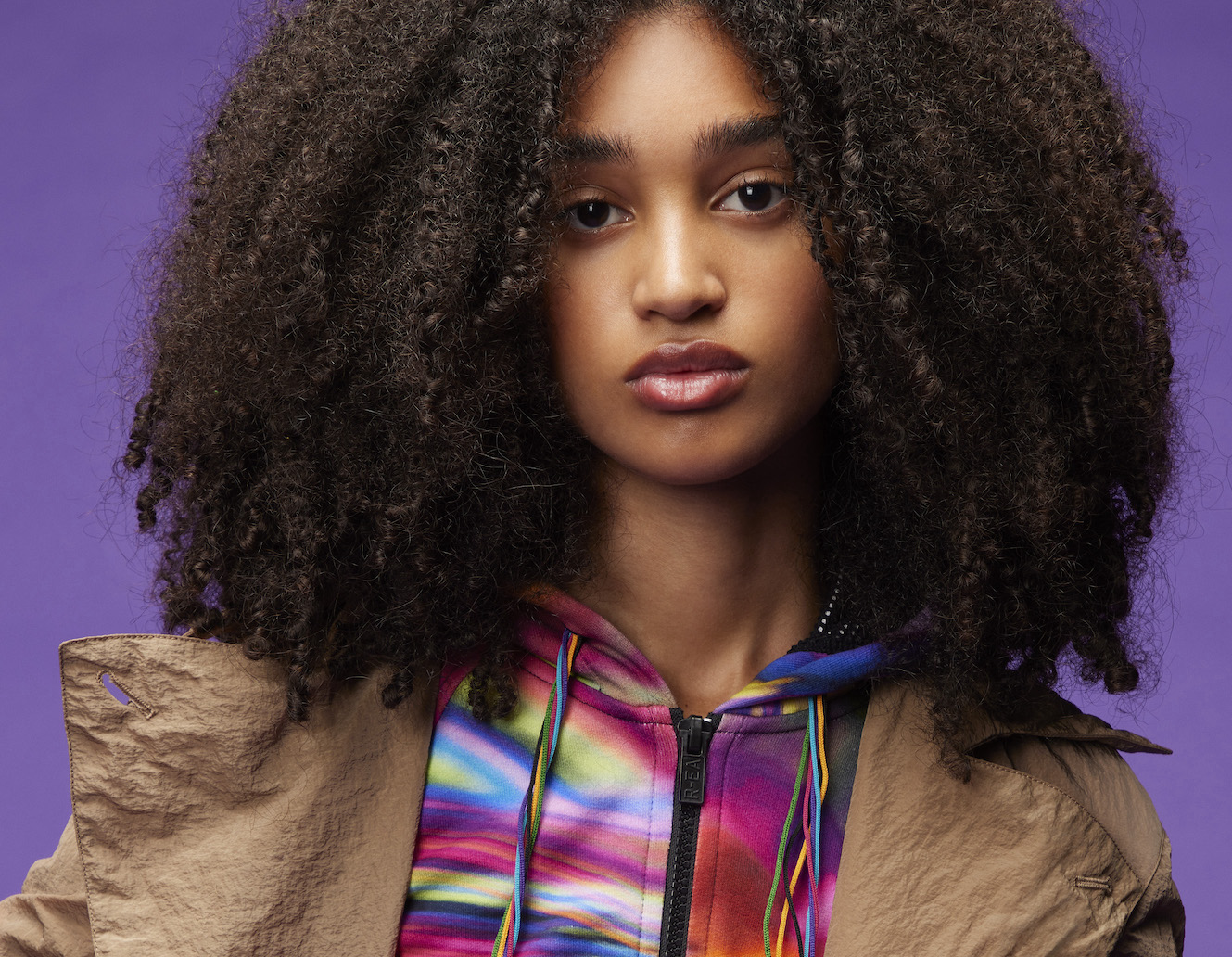 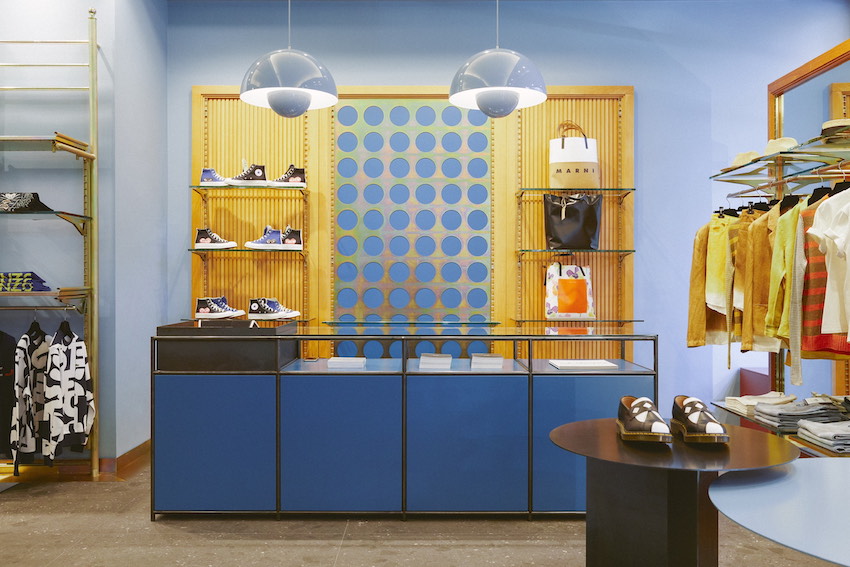 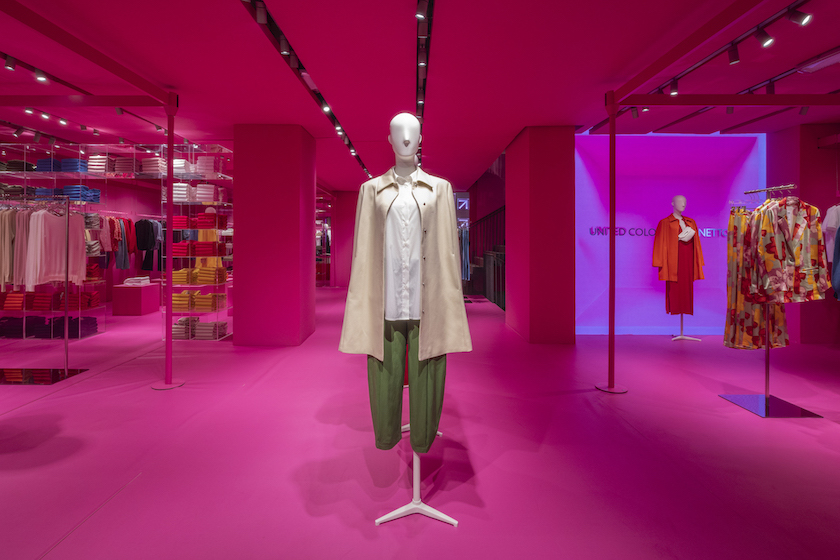 How Benetton plays with metaverse experiences 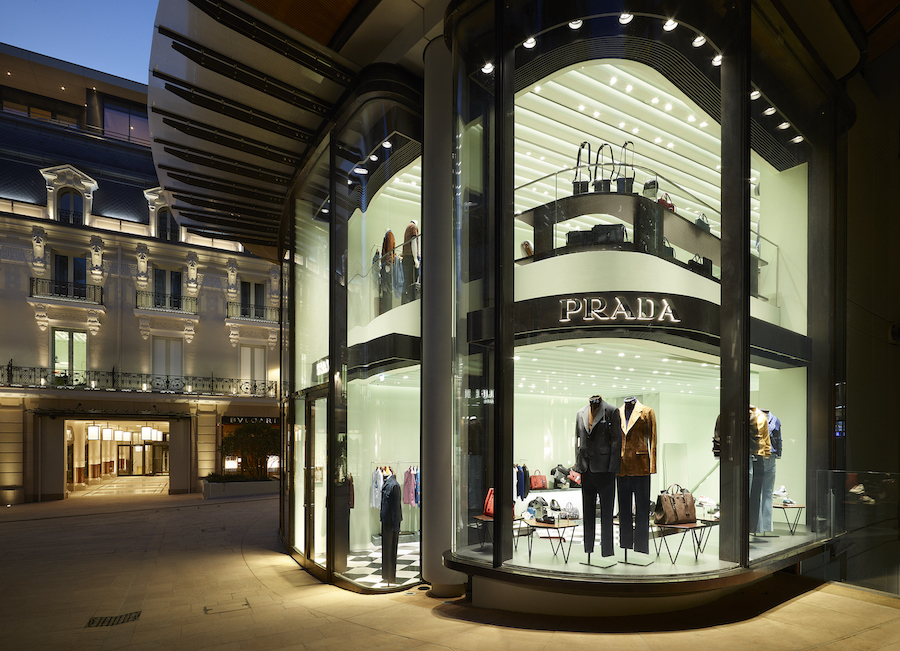 How Prada stores want to make the world a better place

Vibram and Suicoke encourage shoe-repairing with a new joint program

From love to anger: how Hugo packs fashion and emotion into NFTs