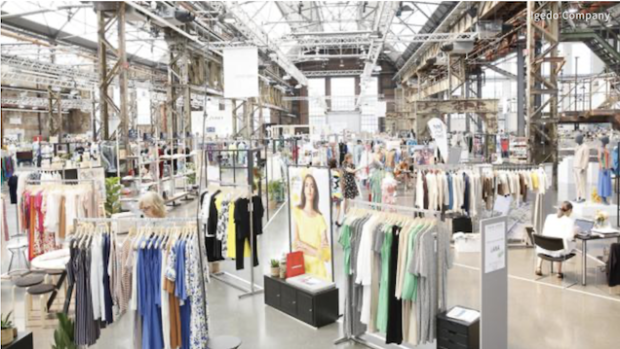 Neonyt as a B2B format will have a new home from January 2023: it will move to Düsseldorf to the Böhler site and thus under the umbrella of the Igedo Company, which will become a licensee of Messe Frankfurt. Messe Frankfurt will remain the brand owner and will continue to be responsible for brand management. Igedo will be responsible for the planning and implementation of the fair fashion trade fair.

"We are very pleased to have won the Igedo Company for cooperation," says Olaf Schmidt, vice president Textiles & Textile Technologies, Messe Frankfurt. "Neonyt and its cross-sector community are in the best of company in Düsseldorf, and the trade fair landscape as well as the sustainable textile and fashion scene will benefit. This is where know-how and professionalism meet innovative spirit and consistency." 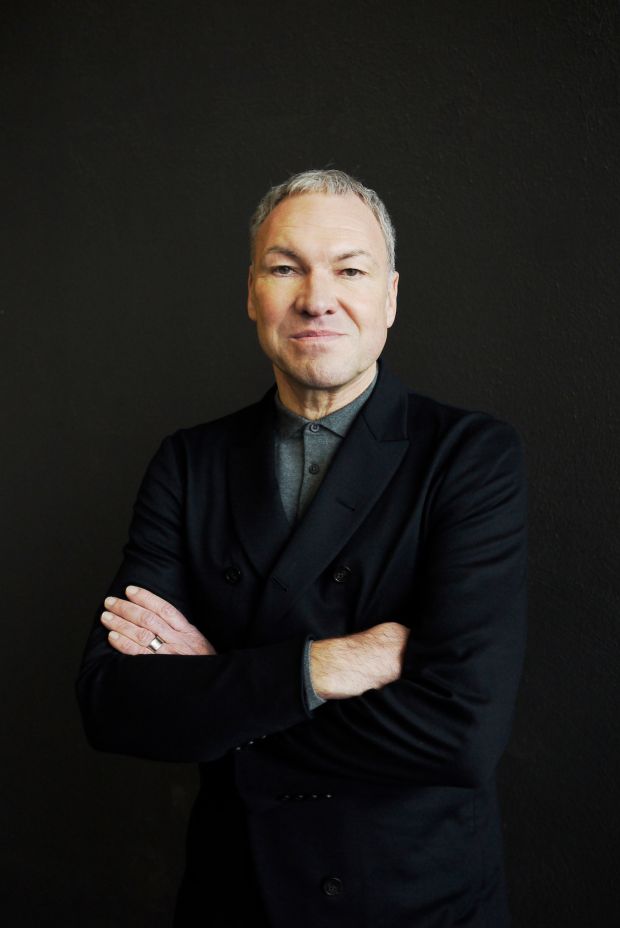 Photo: Lottermann and Fuentes
Olaf Schmidt, vice president Textiles & Textile Technologies, Messe Frankfurt
Schmidt added that the potential of the sustainability community remains undisputed, and that a lot has happened in the last two years in particular, with concepts and events needing to be re-scaled. "One of the biggest challenges is to make sustainable fashion retail-ready as well, because often the collections that currently exist are only accessible to limited target groups."

Making Neonyt and Fair Fashion retail-ready is also the goal of Ulrike Kähler, managing director, Igedo Company. "I've been interested in the sustainability topic for a very long time, but you have to implement it in a credible way," she says in an interview with TW. She has also been in contact with Olaf Schmidt for a long time, and a Neonyt capsule in Düsseldorf was once under discussion. 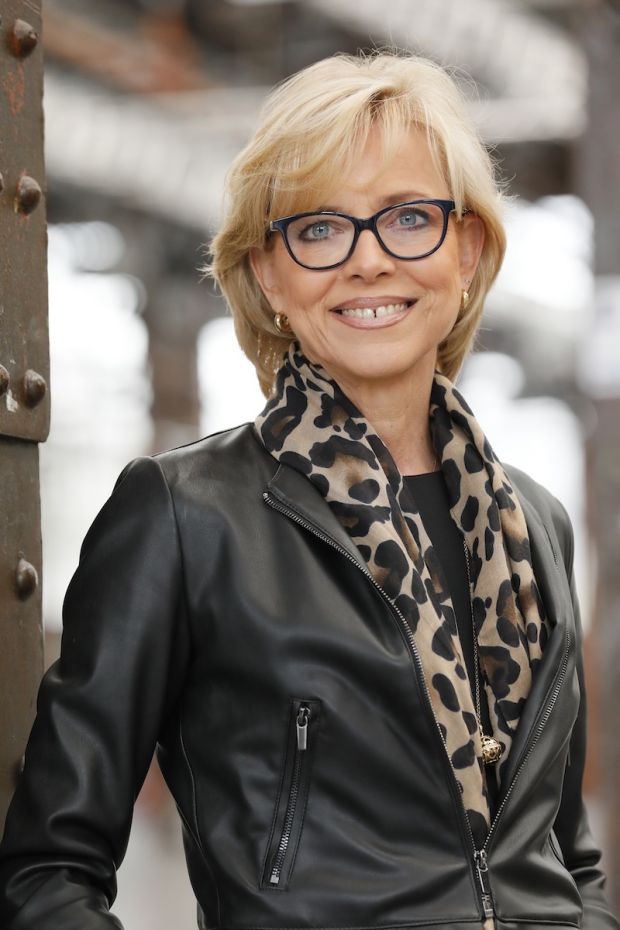 Photo: Igedo/Gallery
Ulrike Kähler, Igedo Company
This summer, Kähler integrated a segment for fair fashion into the Fashn Rooms trade fair for the first time with the Green Room. In the future, this will move to the Neonyt, which is to get a separate hall with its own entrance. "But we also want to create a link to Fashn Rooms," said Kähler, who will now enter into talks with potential exhibitors.

"Of course, we are delighted to be able to intensively accompany and support the next development step of Neonyt. At the same time, this also means an additional strengthening of Düsseldorf as a fashion location and also shows the undisputed esteem in which the Igedo Company is held in the industry, even in its 73rd year of existence." Fashn Rooms will run from January 26 to 30, while Neonyt is scheduled for January 28 to 30, 2023. 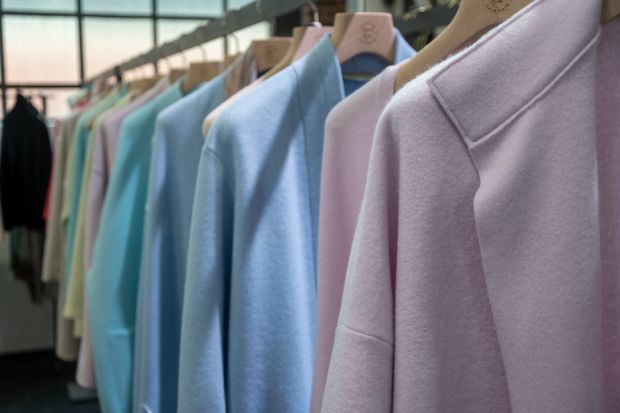 Photo: Igedo Comapny
A past edition of Fashn Rooms
Fashionsustain and Neonyt Lab
Responsibility for the Fashionsustain conference format will remain with Messe Frankfurt. This is also to be held parallel to Neonyt in Düsseldorf and will also be rolled out internationally. In the past, it had already taken place at Texworld Paris, in New York for Texworld USA & Apparel Sourcing USA, in Los Angeles, parallel to the LA Fashion Festival, and in Shanghai, during Intertextile Shanghai Apparel Fabrics. Messe Frankfurt is again planning international spin-offs of the conference.

What will become of the B2C event Neonyt Lab is still open. Schmidt said the success of the first event in Frankfurt in June makes Messe Frankfurt positive for more such events at its home venue. Should the city plan a Fashion Week again, the Neonyt Lab should also take place.

Messe Frankfurt has been working abroad via license for a long time. Within the Texpertise Network, around 60 events run worldwide. An international roll-out is also planned for Neonyt, and initial talks with interested organizers are already underway, a spokeswoman confirms. Brand management will be the responsibility of Claudia Franz, who will also look after the Neonyt brand in the future. Bettina Bär, former show director of the Fair Fashion fair, will be entrusted with new tasks within Messe Frankfurt. The details are to be announced shortly.

Neonyt - How it all began
Messe Frankfurt France took over the Ethical Fashion Show, founded in Paris in 2004, in 2010, and the show launched in Berlin in January 2012. Messe Frankfurt took over the Greenshowroom in 2011, two years after it was founded. Since January 2015, the two fairs have been held at a joint location - first at the Postbahnhof, then at the Funkhaus, at the Kraftwerk Berlin and finally at Tempelhof Airport together with Panorama. Since 2018 under the name Neonyt. In January 2018, the Fashionsustain conference was also held for the first time. 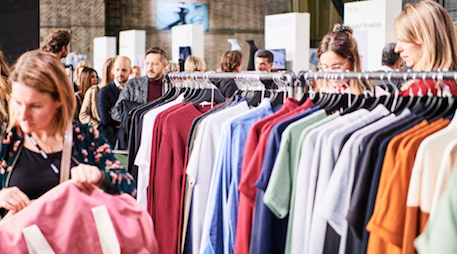 Photo: Neonyt
A past edition of Neonyt
Then the pandemic put the brakes on all events, and in 2020 the Premium Group and Messe Frankfurt announced their collaboration in Frankfurt. The premiere never happened, however, and in January of this year Premium boss Anita Tillmann declared a return to Berlin. Neonyt then suspended in the summer as a B2B event and organized with the Neonyt Lab parallel to the Frankfurt Fashion Week, a Green Fair for consumers.

This article was published by www.textilwirtschaft.de on Thursday, August, 25, 2022 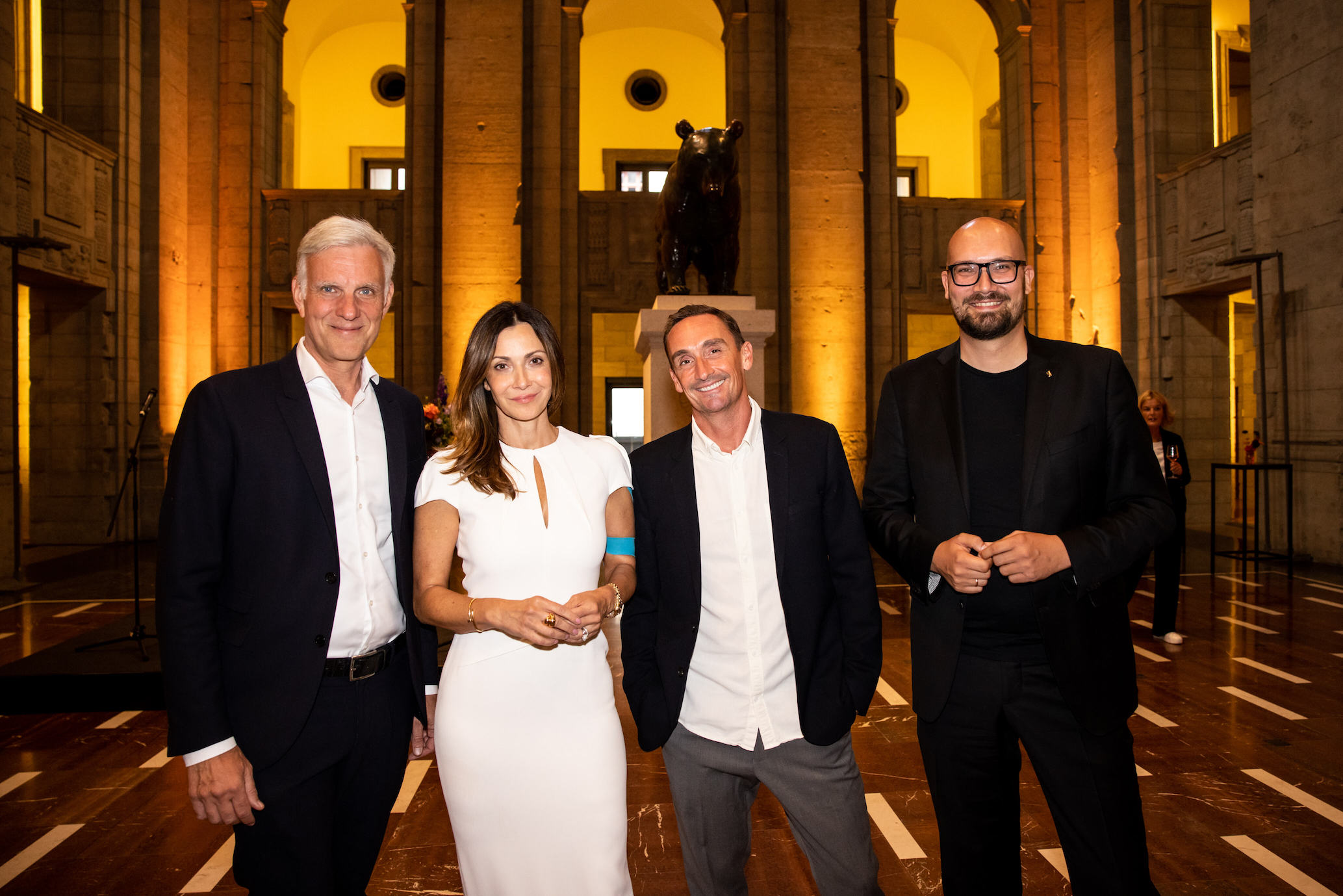 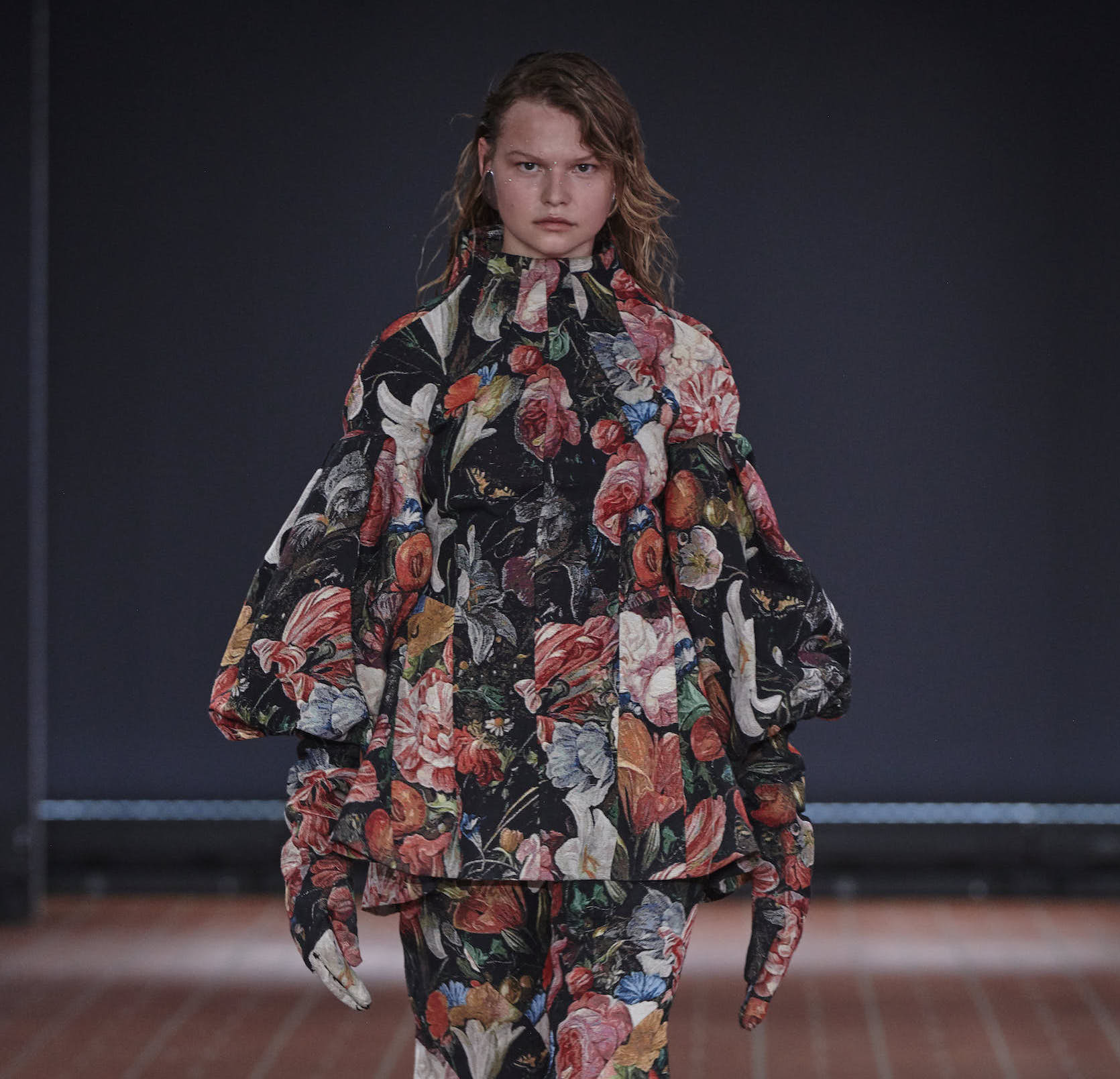 This is the future of fashion according to Neonyt Fashion Show 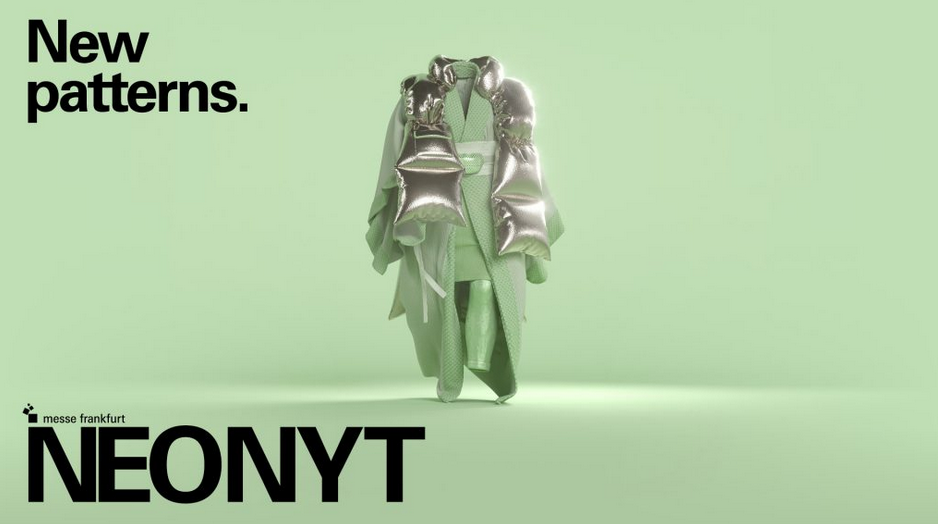 How Frankfurt and Neonyt are getting ready for their next events 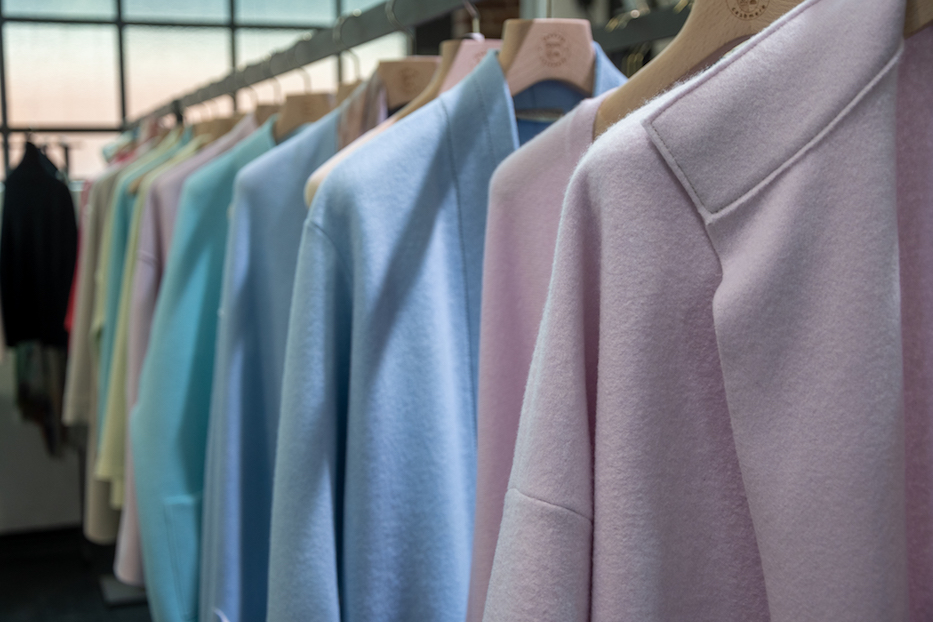