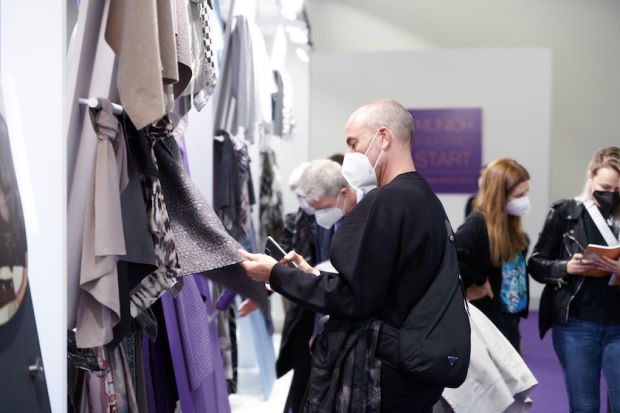 Good News from Bluezone: Blue is back


Positive feedback throughout
Once again, the organizers of Munich Fabric Start/Bluezone showed courage and allowed their summer event to take place–despite all the vagaries that are a permanent challenge, especially in the international trade fair business. "We as organizers have literally turned over every stone to realize a safe, creative environment for the industry to work and inspire efficiently under the new conditions," said Sebastian Klinder, managing director of Munich Fabric Start. A more airy hall structure with wider paths and larger booths, the installation of test centers, screening stations and additional controls, the installation of a new ventilation system… all had to be managed. And everything seems to have worked out. Although the internationality of exhibitors and visitors had to be compromised–the Asian exhibitors were missing and their collections were increasingly shown by agencies instead–the joy that trade fairs are possible again prevailed everywhere. In the end, even more exhibitors would have liked to come to Munich, but there was no more space.

Circularity in focus
The all-dominant theme of the fair again this time: sustainability with a further focus on circularity, which was topic of several discussion panels. "For a long time it was all about selling as much as possible without asking the question of how we are going to dispose of all the products in the end," said Romain Narcy of Ereks & Blue Matters, a Turkish denim manufacturer. Ereks & Blue Matters is a partner in the Amsterdam Denim Deal and is working to build a garment sorting and recycling system in Turkey that can automatically identify fiber composition and color. Such a pilot project is already running successfully in the Netherlands. Denim mill Tejidos Royo presented the further development of its circular Reboot technology, which solves the problem of the presence of foreign fibers in the spinning and dyeing process of recycled fabrics. Also to better verify recycled content and clearly display all features of a denim fabric, Calik Denim Texstil equips its products with a hangtag with a QR code. 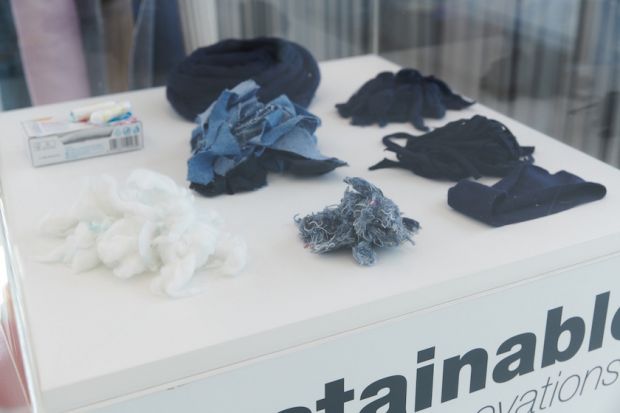 Photo: Munich Fabric Start
Sustainable denim innovations at Bluezone
The Italian creative agency Meidea presented its second volume of its The Circle Book, which was developed with a total of 10 top-class partners in the denim industry, and immediately demonstrated the feasibility of the ideas developed in it with a specially developed collection. "All these technologies are ready to use," said Lucia Rosin of Meidea. "With this book, we want to show what's possible and provide guidance on how to use these innovations." The collection was made from Tencel with Refibra technology, meaning it uses portions from pre- and post-consumer textile recycling, dyed with recycled Recycrom dyes and sustainably bleached, right down to recycled buttons and labels.

Hemp as a beacon of hope
In addition to new recycled fibers and their processing methods, the current in-fiber hemp also played an important role and is increasingly being treated as a beacon of hope and an alternative to cotton. Yet hemp and cottonized hemp are by no means new. Lenzing therefore calls its new blended fiber made from hemp Tencel Bast Recast. "Hemp is still too expensive to develop complete collections from it, but as demand increases, costs are coming down," explained Michael Kininmonth of Lenzing.

Blue is Back
And what do the design trends look like in concrete terms? Monsieur-T creative director Tilmann Wröbel had clear answers. In keeping with the show's "Back to the future" motto and as a direct reaction to the massive restrictions of recent months, there is a new desire for physical experience and fun. "Young people now want to show skin, hipsters are coming back and superstretch remains relevant," said Wröbel. At the same time, he draws parallels to the 1920s in the US, where prohibition also spawned a new, subversive party scene. Accordingly, he says, the look of the 1920s, with sharp shoulders and softly falling pants or with workwear inspirations will be a design theme of the coming seasons. 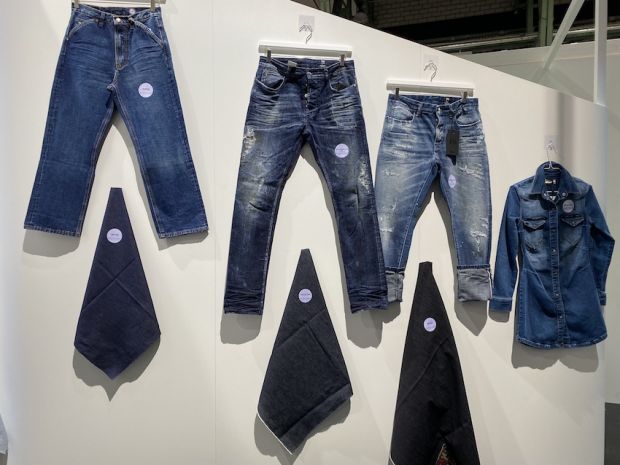 Photo: Regina Henkel
Denim trends at Bluezone
Among the most important new impulses, however, he counts the return of traditional blue denim. "We have sold our soul on stitching, stretch and other details, while the quality of denim has continued to decline," said Wröbel. The beauty of simplicity and the value of quality, he says, is an important trend and a lasting countermovement to the cheapness of fast fashion. 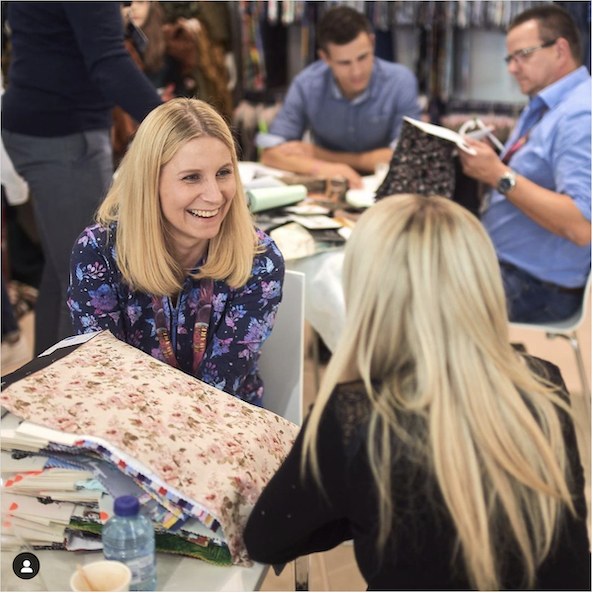 Preview: The next Munich Fabric Start and Bluezone 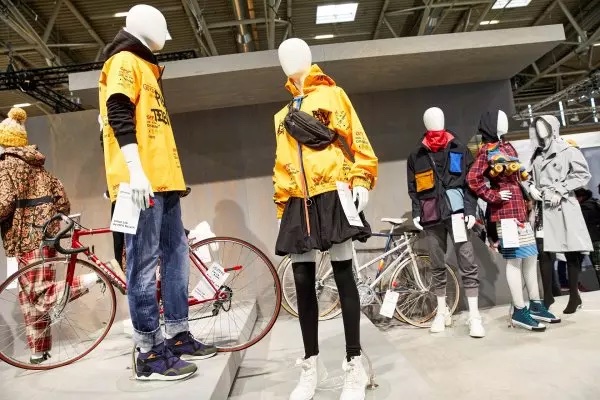 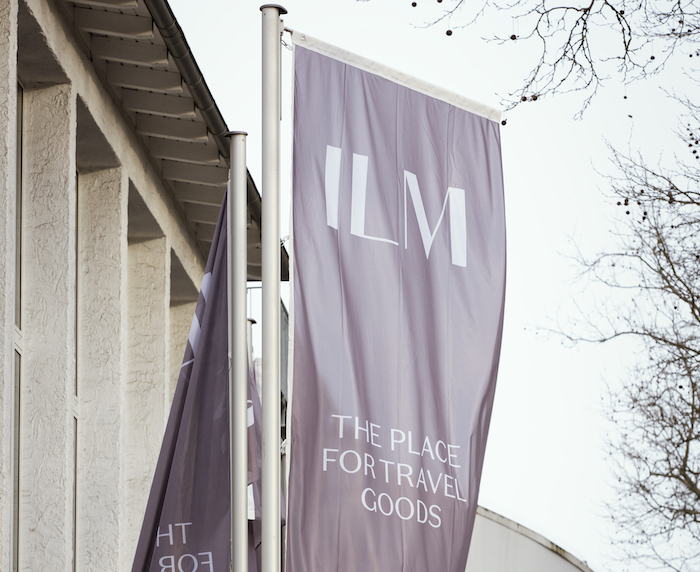 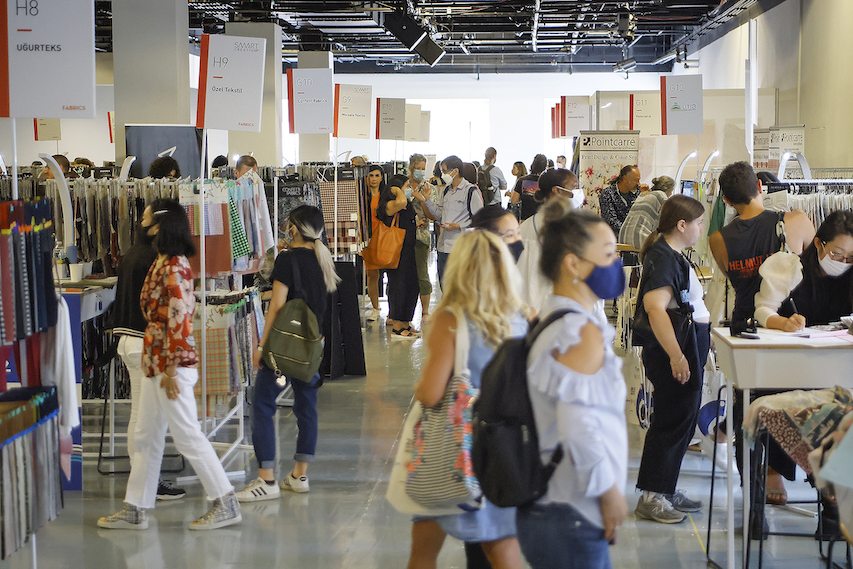