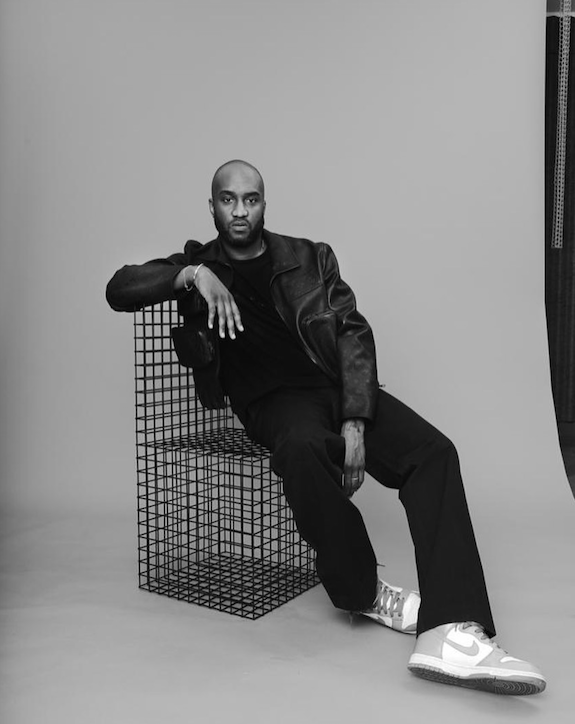 by Tobias Bayer — November 28, 2021
It's a shock to the fashion world. The designer Virgil Abloh, who made streetwear hopeful in the luxury genre, has died November 28. He succumbed to cancer. The American was just 41 years old.

Abloh was one of the most influential creatives of his generation. An architect by training, he invented the Off-White label, which introduced the codes of streetwear to the luxury world. The accolade followed promptly when the world's largest luxury group LVMH entrusted the American with the menswear of its most important brand Louis Vuitton.

"We were all shocked by this terrible news. Virgil was not only a brilliant designer and a visionary. He was also a man with a beautiful soul and of great wisdom," LVMH CEO Bernard Arnault shared on Sunday.

Abloh has been compared by some observers to Karl Lagerfeld. Like the German designer, who had worked for Chanel and Fendi, Abloh crossed boundaries and refused to be pinned down to anything. He was a DJ. He dared furniture, tableware and cars. Not for nothing had LVMH recently given him a new, more inclusive role.

Abloh's most popular working tool was the quote. Instead of inventing something completely new, he played with the familiar. He shifted it slightly so that it suddenly appeared completely different. In one lecture, he called this the "3% rule." As a result, some observers felt reminded of the conceptual artist Andy Warhol and Marcel Duchamp.

[The original version of this article has been published 28 November 2021 on textilwirtschaft.de]