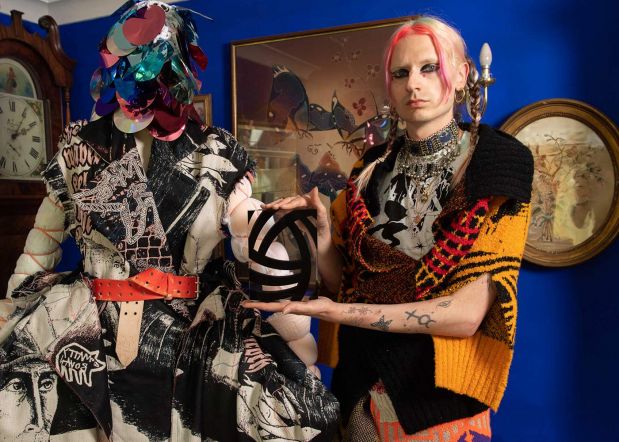 Keep an eye on this upcoming designer

This year, the UK’s Matty Bovan won the 2021 International Woolmark Prize global final and received both the main honor as well as the Karl Lagerfeld Award for Innovation.

Bovan joins another UK designer, Edward Crutchley, who won the double back in 2019, after a panel of industry experts selected him as winner during a special virtual event.

“He is pure fashion, he makes me dream and he reminds me of a young Vivienne Westwood or a John Galliano and we desperately need that sort of designer in the fashion world of today,” said Carine Roitfeld, fashion authority and member of the jury together with Thom Browne, Ib Kamara, Shaway Yeh, Sinéad Burke, Tasha Liu, Tim Blanks and Julie Davies. 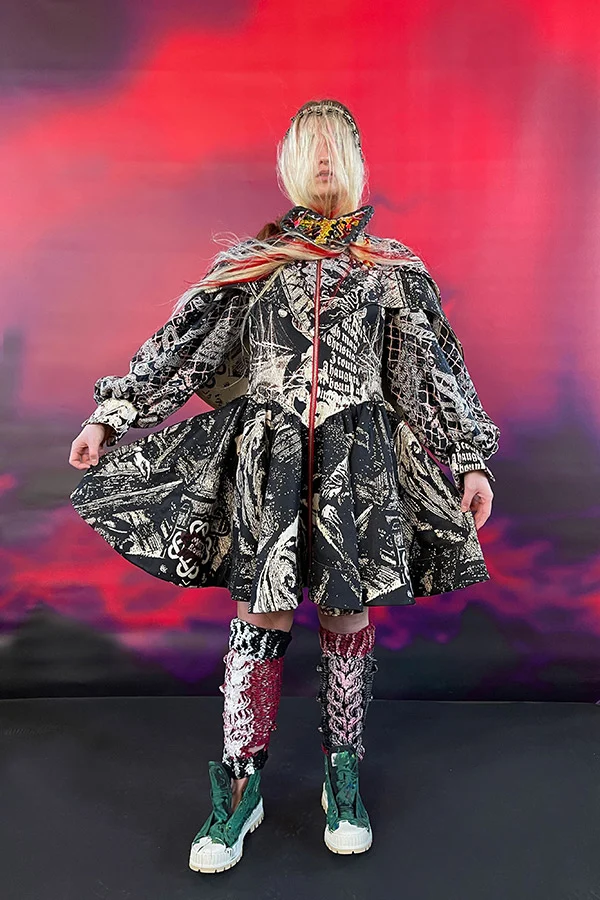 Photo: The Woolmark Company
Look by Matty Bovan
Through his colorful and complex knitting and weaving the designer was praised by the jury for his technically advanced jacquard woven designs, unique style and intricate ornamentations that show his expertise in both knit and weave techniques, strong color combinations and sustainable approach to local sourcing and production. 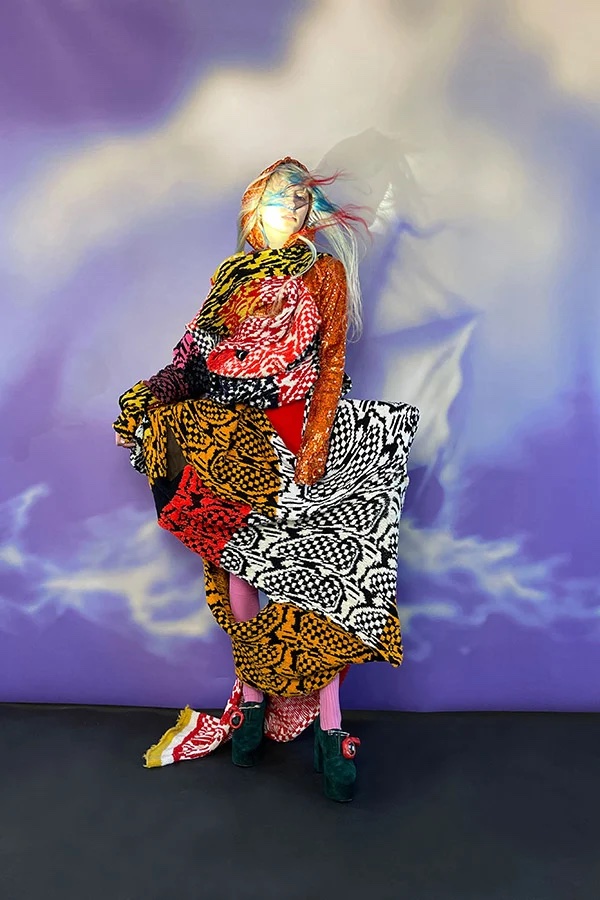 Photo: The Woolmark Company
Look by Matty Bovan
Based in York, he worked with local suppliers and manufacturers, supporting local businesses, craftspeople and artisans through his tight supply chain network. 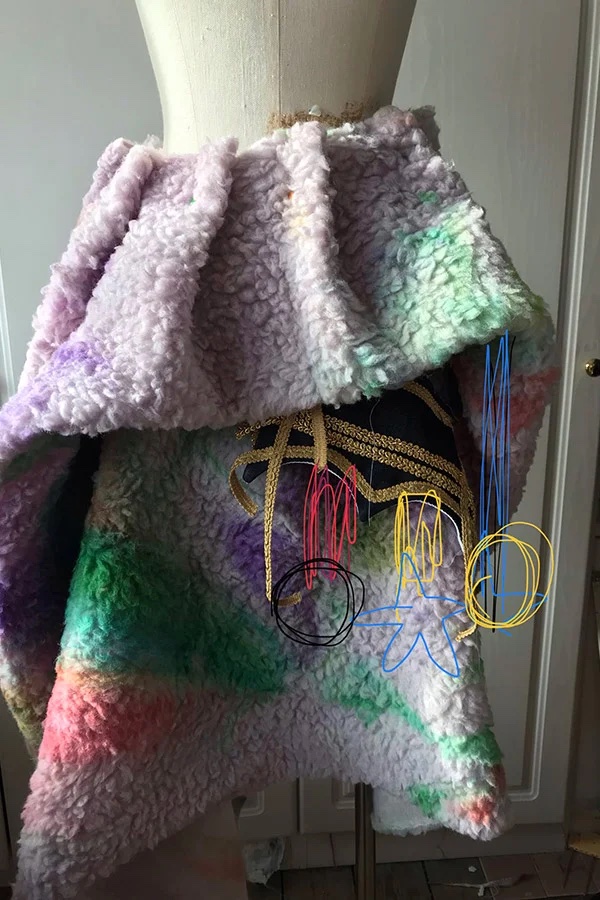 Conscious of the world around them, these designers consider the entire sum of their output, not just the final product. They invest in local manufacturing and collaboration in an effort to elevate traditional crafts and foster communities. They also give new life to discarded pieces. And they’re making their mark with digital prints and new textiles.

Among other finalists there was Lecavalier, known for its unique weaving technique using upcycled leather. For this contest he used wool cloth and created intricate graphic cutouts and lacing using all excess fabric within woven pattern.
Thebe Magugu presented a paneled dress decorated with the finger-painting technique of the Surma people from Ethiopia, who paint their bodies to imitate the animals they interact with.
Casablanca opted for loud, joyful prints. Its designer Charaf Tajer’s International Woolmark Prize collection was inspired by the daytime aesthetic of Formula 1 sportswear combined with the late-night glamour of the casino. He also developed an anti-viral yarn proven to be effective against viruses and bacteria for up to 30 washes. 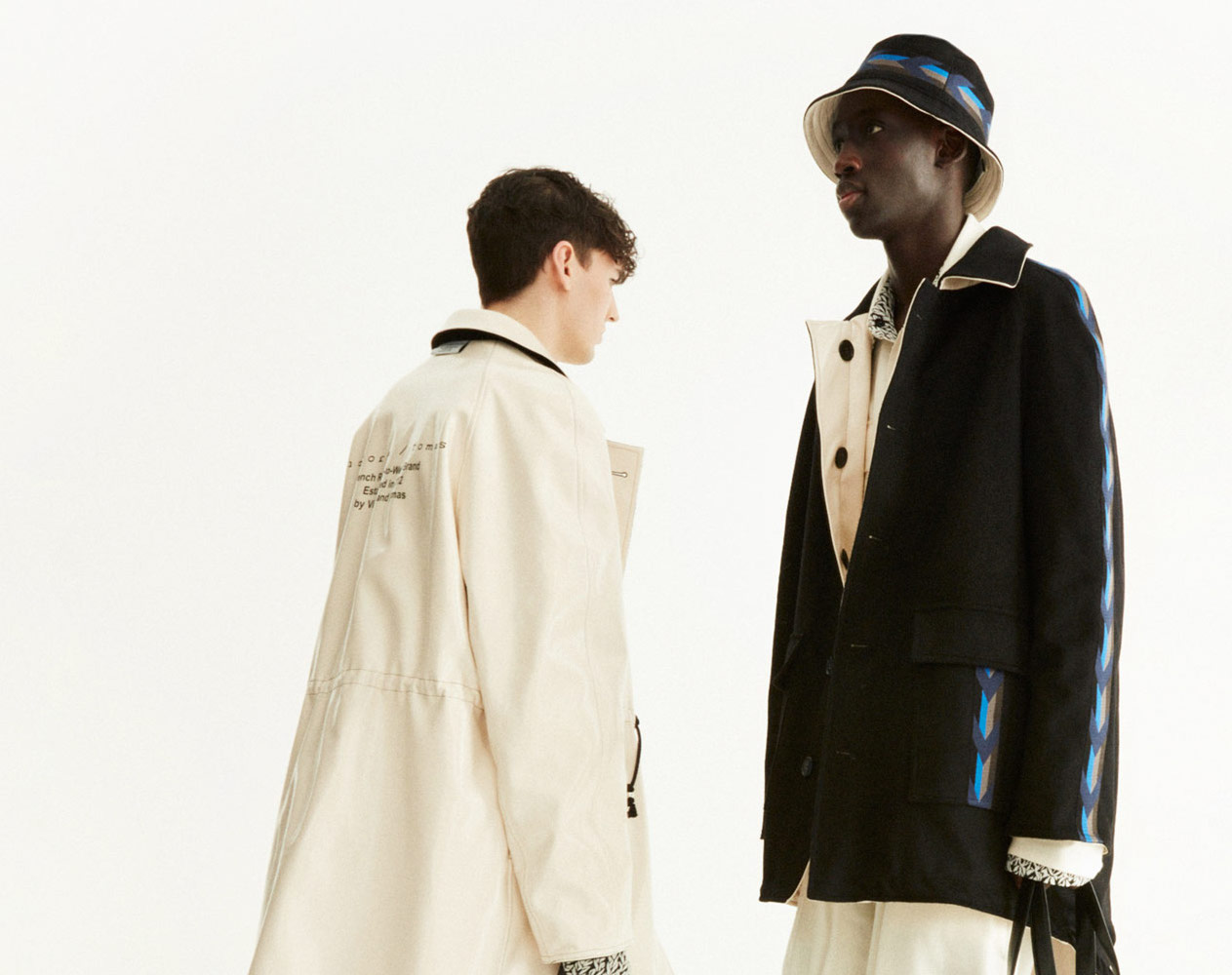 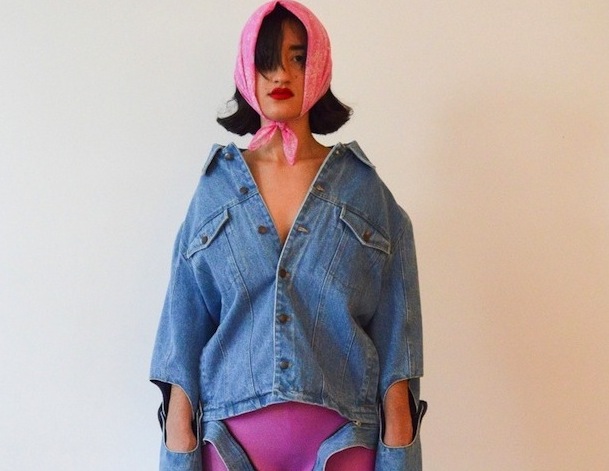 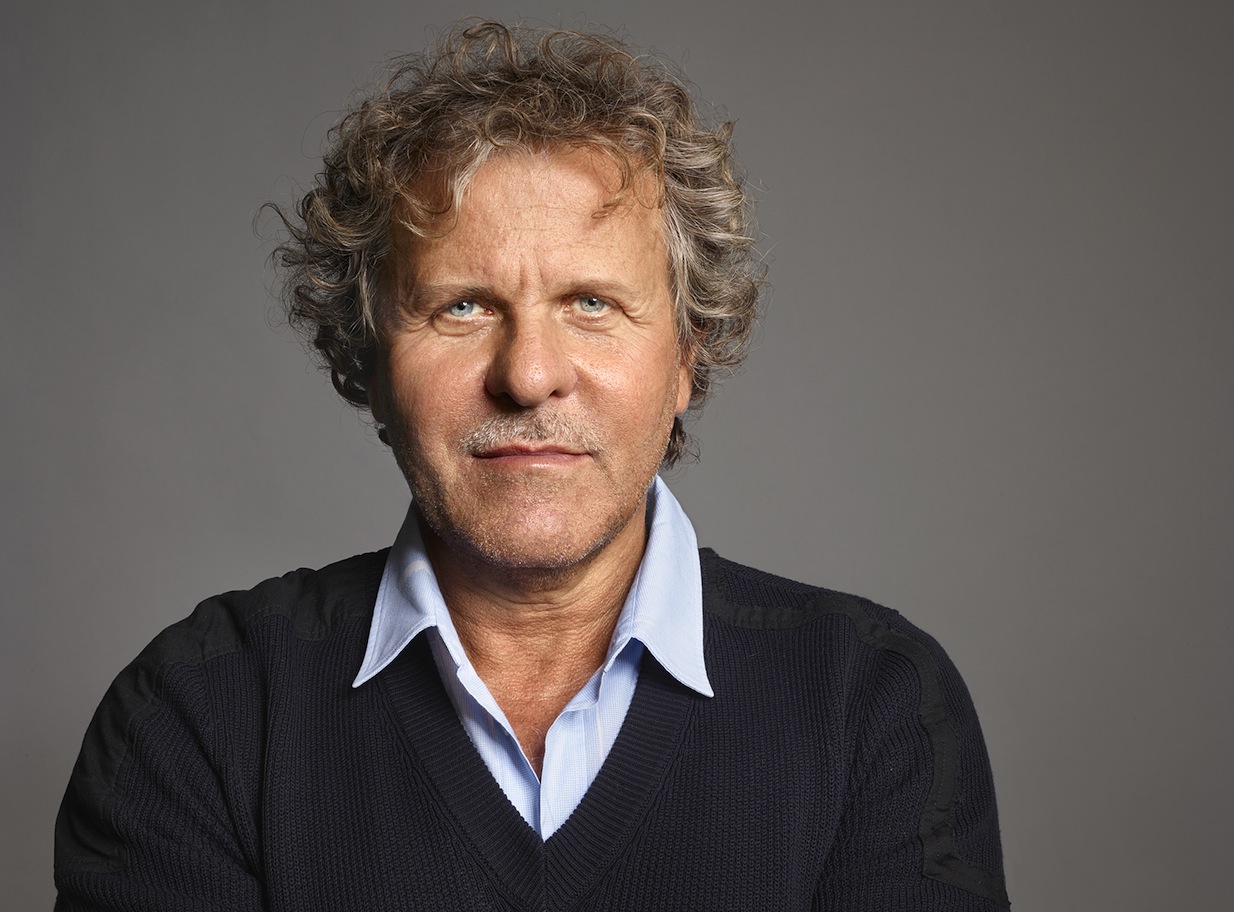 Renzo Rosso, the new ambassador of Made in Italy 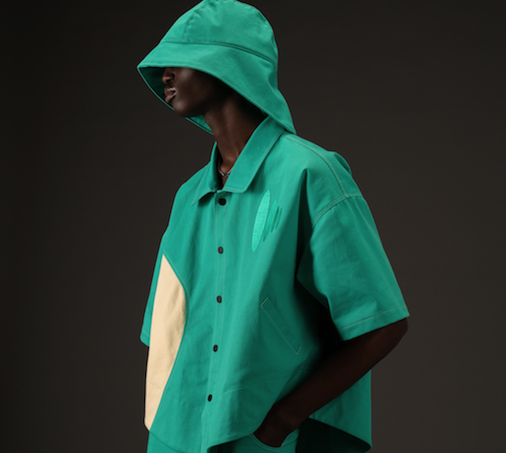 Label To Watch: Head Of State 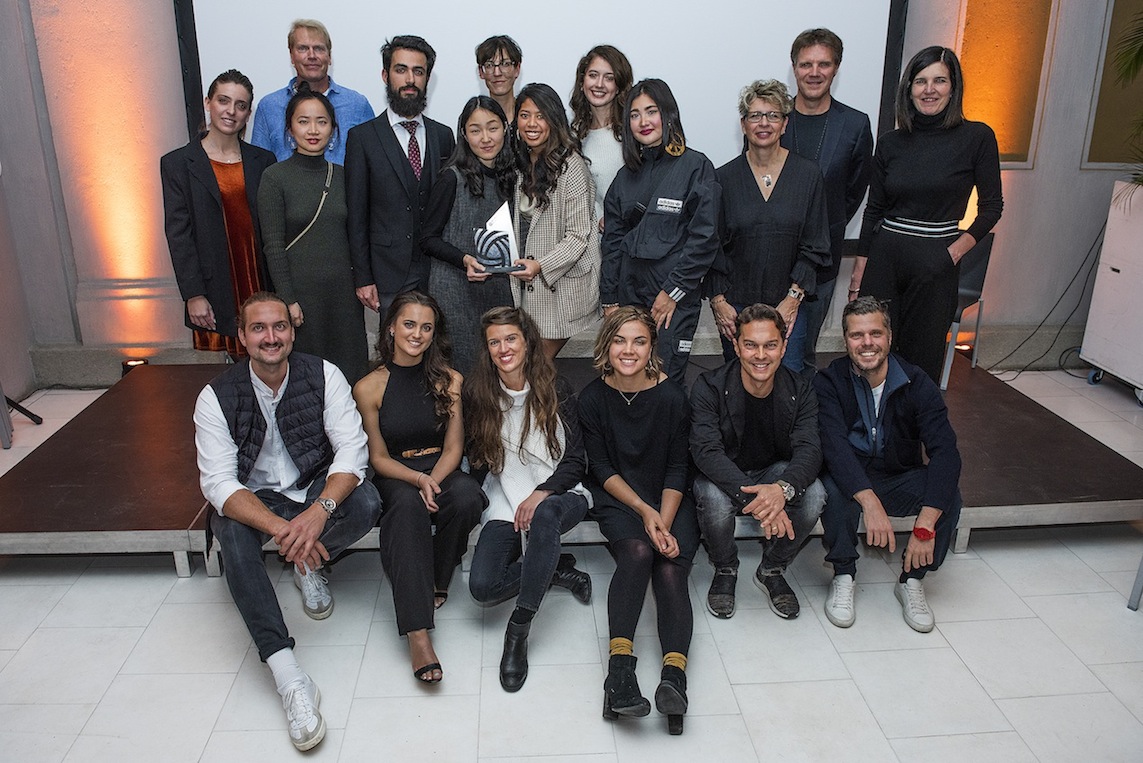 Two winners announced at the Adidas and Woolmark Performance Challenge