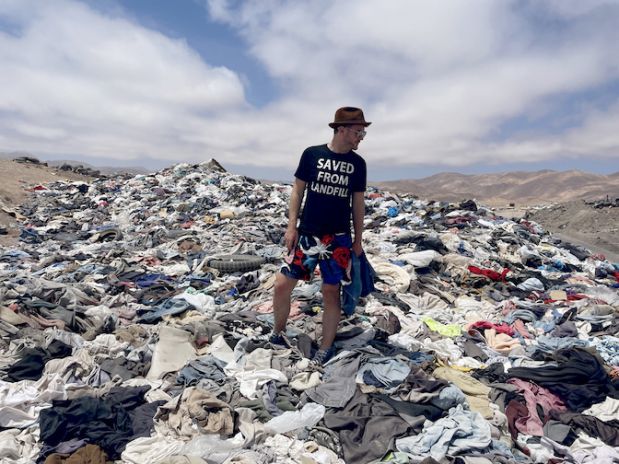 Artist Ian Berry has been working at “Fast Fashion’s Graveyard”, a documentary about vast amounts of clothes waste abandoned in the Atacama Desert in Chile, a project still in progress.

A three-minute trailer of the documentary will preview in New York with Fashinnovation, a global platform promoting change in the fashion world whose activities include the yearly Worldwide Talks since 2018. 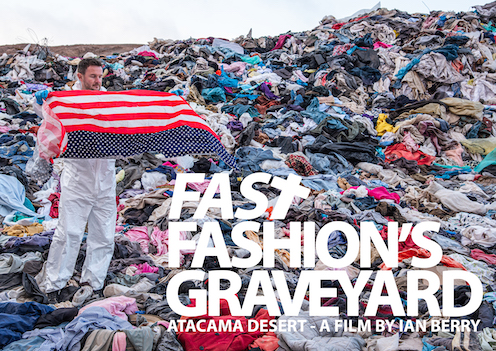 Photo: Ian Berry
A screenshot from Ian Berry's documentary
As part of the next edition of Fashinnovation taking place in New York tomorrow, on September 7, the artist will disclose his most recent work carried ahead in partnership with Spring Studios, among other partners.


The British artist Ian Berry has often been linked with sustainability over the years, as his art is made from recycled jeans. Despite this he always stated: “It was a side show of my work, but not the concept,” he seems to have changed attitude after he witnessed the direct impact of overproduction of garments and the mountains of clothes discarded in Chile.

While traveling to Chile for work, he found himself in the country’s capital, Santiago. In between some events, he was offered a trip away and had seen the clothes dump in the Atacama Desert outside Iquique in Alto Hospicio. He took videos that had just gone viral and was seen on the likes of BBC and DW.

Seeing the piles of jeans in his East London studio for his regular work, it’s hard not to compare it with what he saw in the desert. “While I may not talk about sustainably much, leaving it to those who either know better, or can profit from it, it doesn’t mean I don’t care about the core issues,” he said. “Few know that I nearly went back to university in 2006 to study climate change after watching ‘An Inconvenient Truth’ by Al Gore, but while I was recycling denim, I never even connected that I was doing anything linked at the time.” 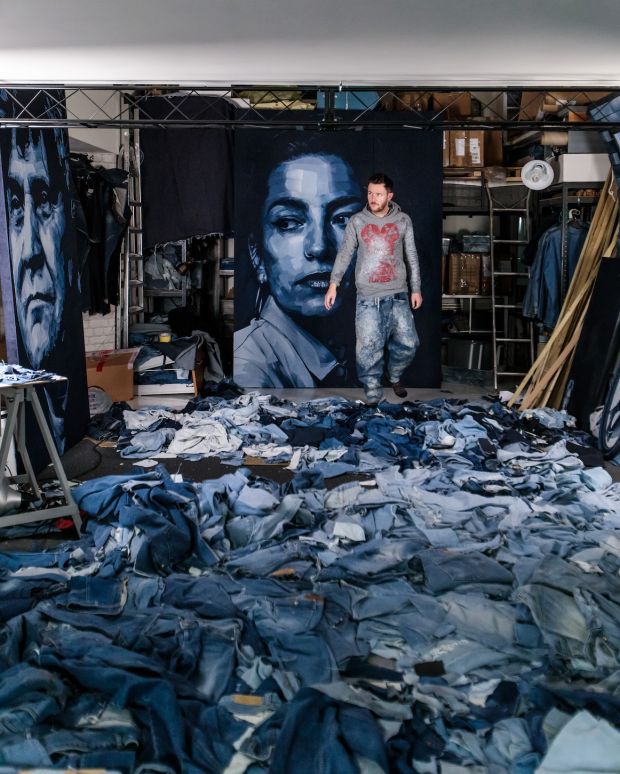 Photo: Ian Berry
Ian Berry in his studio, London
According to research by Agence-France Press, about 59,000 tons of clothing that wasn’t sold in Europe or The US ends up at the Freeport of Iquique every year, and a whopping percentage of that, at least 39,000 tons, are moved into landfills in the desert typified by the one Ian Berry visited in Alto Hospicio the country’s poorest area.

Despite the miserable scenario Berry could see, he also managed to find positive stories from this experience and to share them. Highlights were meeting with Franklin Zepeda of Eco Fibra who transforms the textile waste into insulation panels for low cost housing.

He also met Gonzalo Muñoz who was nominated High-Level Climate Champion for the 25th Conference of the Parties (Cop25) to the United Climate Change Convention held in 2019. Prior to this role, he co-founded TriCiclos, one of the most recognized Latin American companies in the circular economy and recycling, and the first certified B corporation established outside North America.


Another noteworthy meeting happened with Rosario Hevia, who founded Ecocitex, a social enterprise that sells 100% recycled products through more than 250 women-led business across Chile.

The documentary shows Berry visiting the Freeport locations and Zofri, the area where the clothes are brought in in bundles and sold, under much secrecy. While the imports had been portrayed as a bad thing, he also visited resellers in Santiago as well as second hand stores that sell good second-hand clothes, making them affordable for many Chileans and of course making their life span longer. 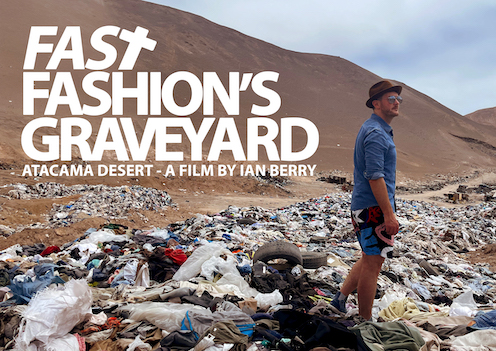 Photo: ian Berry
Ian Berry documentary's poster
“It’s a great place to first talk about the plans for the documentary as I will be connected with so many of the people interested and making change and while I am still making the film, I will hopefully get some more input and ideas,” Berry commented while thanking Jordan Guimaraes, founder, Fashinnovation for the opportunity he was offered.

Institutions including the United Nations, Parsons, LIM College, and FIT, brands including Louis Vuitton, Levi’s, Nasa, IBM, Google, and UPS, along with various media channels have all supported its vision.


Through these global conversations, Fashinnovation aims to inspire and ignite revolutionary actions and change across the fashion industry. 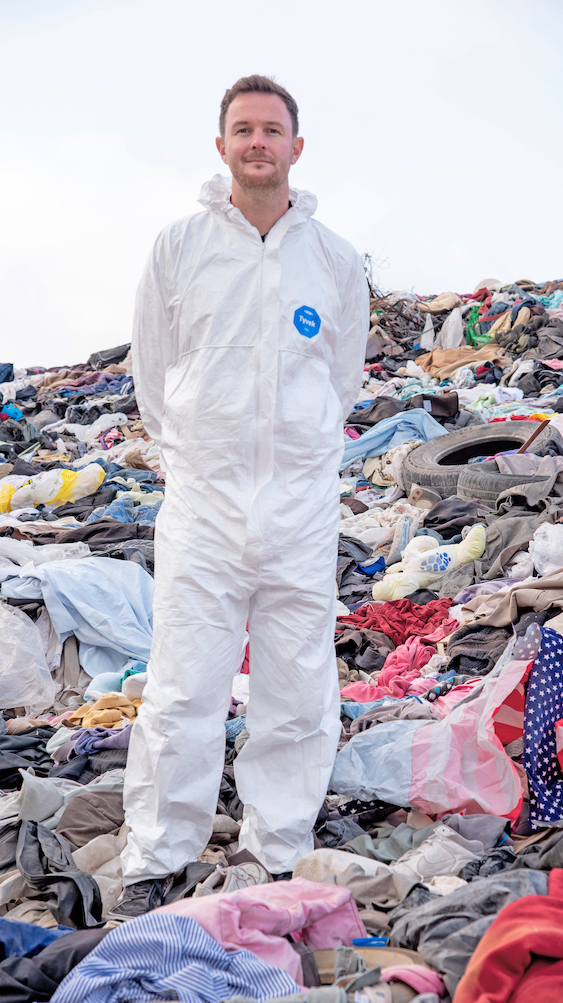 Photo: Ian Berry
Ian Berry visiting Atacama Desert, Chile
Ian Berry, 38, is known around the globe for his art using only denim jeans. Born in Huddersfield, UK, he is now based in London. Appearing on the scene 15 years ago, he was named a Top 30 artist under 30 in the world and has now shown in numerous galleries, museums, and art fairs throughout the world. 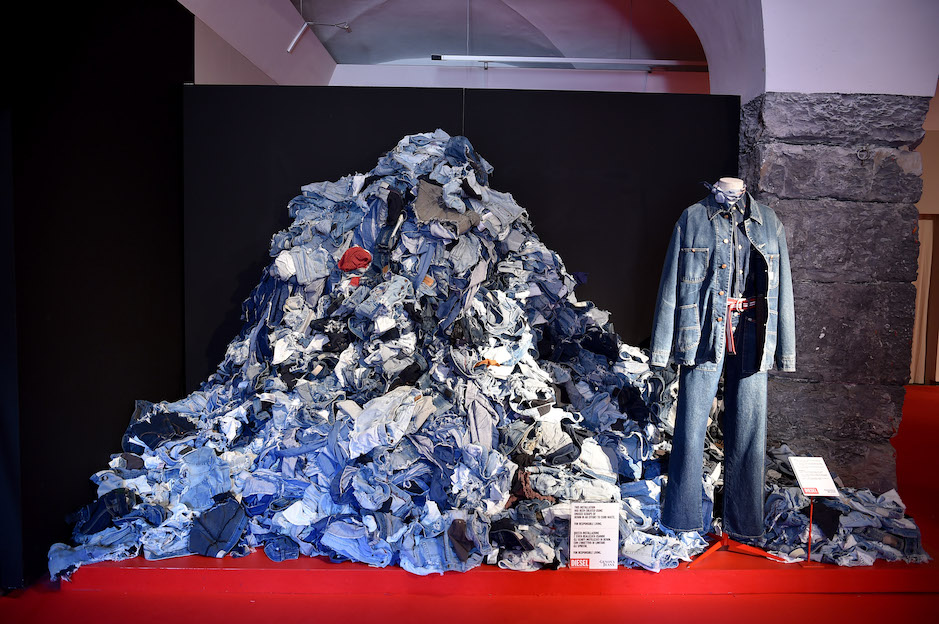 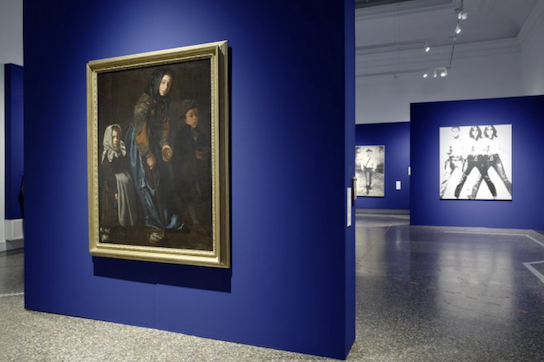 Why you should not miss this exhibition dedicated to jeans 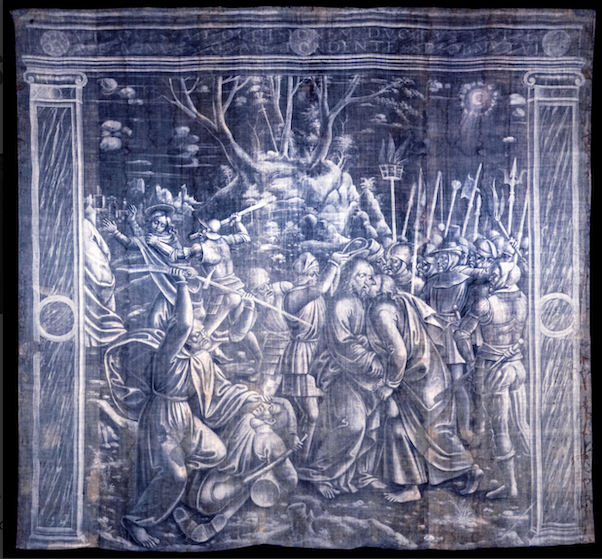 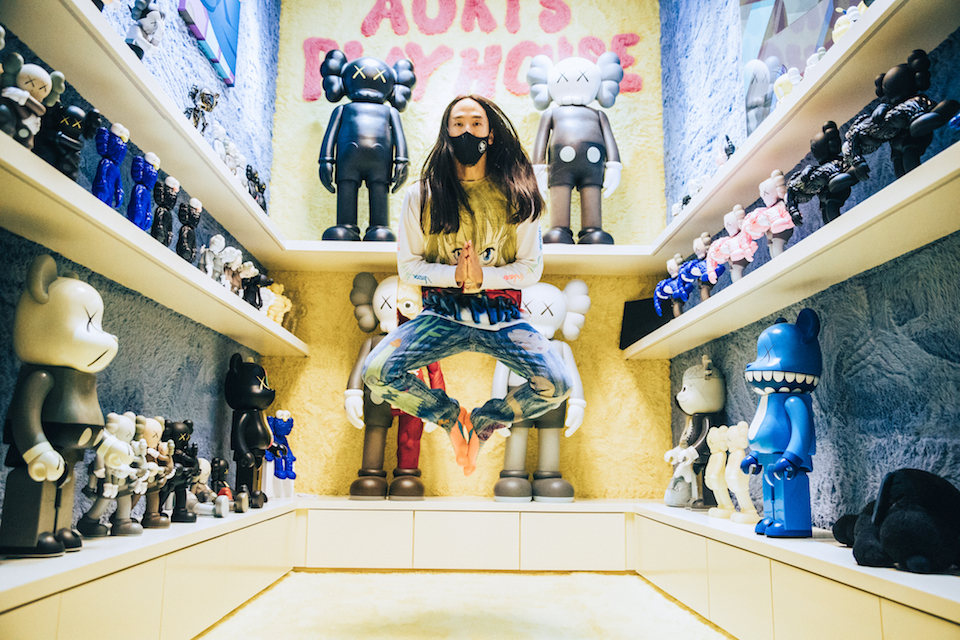