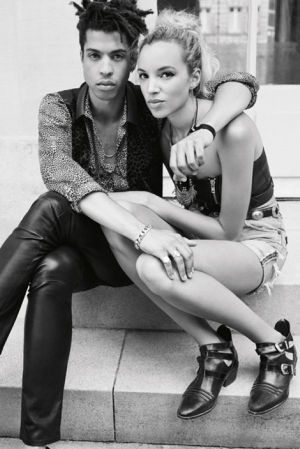 The Kooples starts distribution in Germany

French fashion label The Kooples has started distribution in Germany in partnership with the agency Modeagentur Benabou (Mab).  The Kooples (a spin on the word ‘Couples’ in French) was founded in 2007 by three brothers, Alexander Elicha, Laurent Elicha and Raphael Elicha and offers both menswear and womenswear. Ever since, is has founded its image on two concepts: couples and rock bands, aligning the brand with a style deeply rooted in the greatest couples of music history such as Keith Richards & Anita Pallenberg, Jane Birkin & Serge Gainsbourg, Patti Smith & Robert Mapplethorpe.

The distribution of The Kooples starts with the label’s spring-summer collection 2016 which will be presented in Mab’s showroom in Düsseldorf from the 24th of July. Among wholesale the brand also operates stores in Germany, located at the Neue Schönhauser Str. 11 (since the 20th of December 2013), in the Friedrichstraße 76-78 (since the 6th of December 2014) and at Kurfürstendamm 29 (since the 8th of March 2015).

Headquartered in Düsseldorf, Mab is also responsible for labels such as Kenzo, BLKDNM, Rachel Zoe or Proenza Schouler.