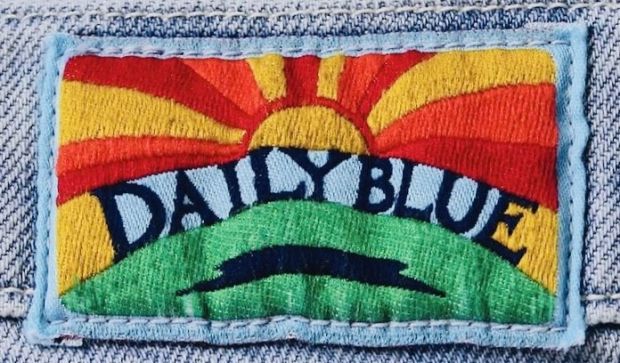 Adriano Goldschmied goes back to the future and revamps Daily Blue

Adriano Goldschmied, denim designer also known as “the godfather of denim”, creative mind behind many successful jeans brands and denim collaborations, but also mentor for young talents, has decided to relaunch Daily Blue, the jeans brand he founded in 1974.

Just like about 50 years ago, when Goldschmied revolutionized the basic five-pockets jeans into lively, fashion-minded denim apparel, will his new project bring fresh inspiration in a sleepy market? He explained The SPIN OFF how he can succeed in his aim. 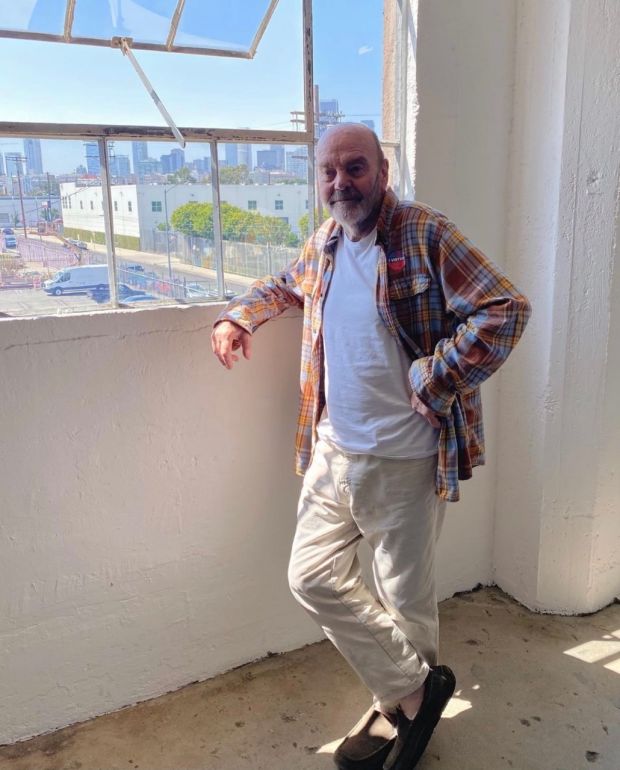 And connecting the attention on environment and circularity with design is very important, as women mostly buy according to what the mirror tells them.

These are some of the reasons why I chose to bring back to life Daily Blue.

What did that brand mean when you founded it?
I founded it in 1974 and 50 years later I am proud to say I never repeated myself and never did again what I had already done before despite various companies offered me to do it. Instead, I have always preferred to create innovation and think out of the box.

Daily Blue was important because in those years jeans were simply utility apparel and there were only the big three US brands–Levi’s, Lee and Wrangler. They were worn like a flag by the young to express their idea of rebellion, but there was no innovation or design content in them.

Daily Blue, instead, was one of the first brands born to turn upside down old schemes and bring innovation in silhouettes, colors and materials for jeans. It literally revolutionized the denim world…and also set the basis for the foundation of the Genious Group.(*) 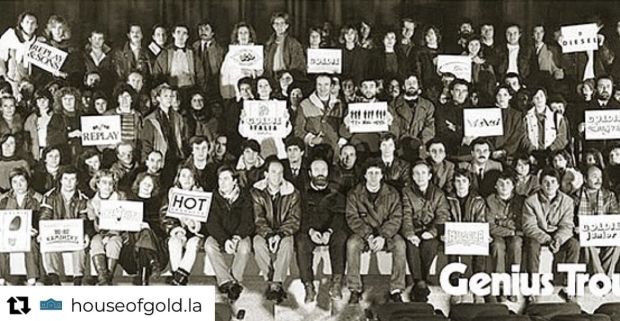 Photo: @adrianogold Instagram
Genious Group(*) team in its early times
How did Daily Blue ignite such a change?
That brand and project was first founded upon a great intuition, it originated from a great energy and was based upon the idea to found something extremely new.

And why should the market need Daily Blue again?
I didn’t want to recreate it for the sake of repeating it, but for bringing back to life that same enthusiasm the denim market has not been living for long–and in the meantime has slightly slumbered in its daily life.

The idea to restart it wants to be a recall and interpreting the desires of new generations… In recent times, I had the chance to watch the “Back to the Future” movie again and felt excited by the idea to wear my same shoes but many years after. And this is actually happening with Daily Blue, as I founded it almost 50 years ago.

What principles inspired you when you first founded it?
First, I wanted to offer a much higher target product, something that in those years didn’t exist yet. In fact, I sold it at prices that today could be around US$300, a total craziness for those years for a pair of jeans.


Then, as at that time I ran my own store in Cortina, I wanted to offer it to that kind of clients that wanted products that no one else had nor could afford–the more expensive, the better–and also very particular for those years. And that kind of clientele also inspired me for my work many years after, for instance, when the premium denim phenomenon was born in the early 2000s, which I started. 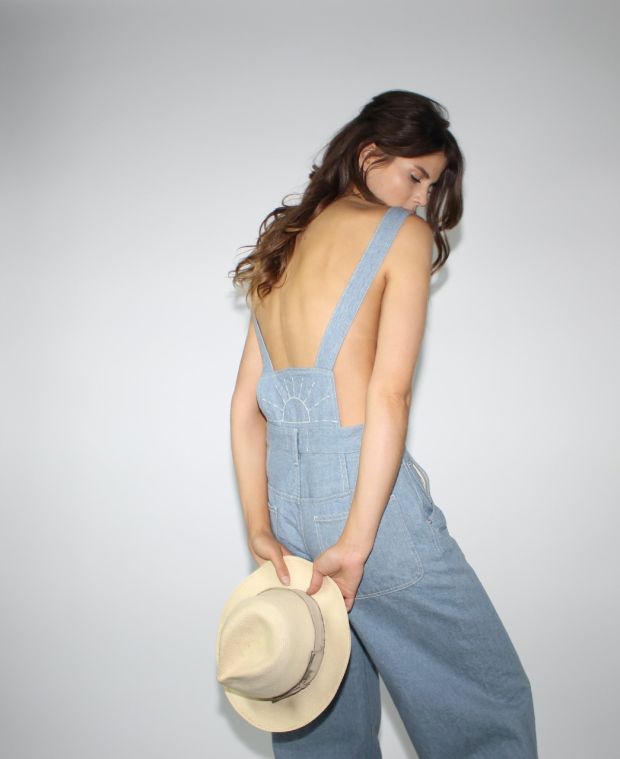 Photo: Daily Blue
Daily Blue spring 2023
Premium denim was made in Los Angeles. Is the new Daily Blue produced there, too?
Yes. My aim is to revitalise that kind of local production. For this, it is 100% made in LA. I don’t believe in the globalization of brands. I think that jeans products need to be manufactured where you sell them. That's why I will start selling this brand in the US. Though I think that in the future I will also operate, for instance, through licensing agreements for selling in other countries.

Though, in order to create the fits and silhouettes I have in mind, Made in LA jeans continue to be winners for their quality, threads and manufacture… I cannot say for denim, as there are no more true Made in The US denim manufacturers left.

What denim did you use for this first collection?
For this first collection–my first delivery will be in February 2023 for spring 2023–I used only Japanese denim as, somehow, I wanted to pay homage to Kahiara, Kurabo and Kuroki, for instance, because they inspired me in revolutionising denim and reinventing jeans design.

Though, for next collections, it’s part of my concept to get the best from every manufacturing country. For instance, as at this moment luxury brands produce their denim in Italy, I think I will also produce it there.

How will you distribute this brand?
I am starting from The US, but then also want to sell it in other markets, by collaborating through licensing agreements and local manufacturing. My aim is then to sell both via wholesale and e-commerce in The US and Europe, and mostly via e-commerce in the Asia-Pacific area. I like that market as the consumer, after a huge hangover from luxury, have grown educated and independent.

Speaking about wholesale, I want to start from the historical retailers who were enthusiastic and most in love with the brand since its early days like, for instance, Biffi in Italy and Fred Segal in The US.

What kind of collection will it be?
I will offer only womens’ denim. By now I aim to deliver four collections a year - Spring, Summer, Fall and Winter. My first collection will include 20 pieces, all in denim like, for instance, a trouser, a shirt, a coat and a jacket, but very compact and focused…I will also offer velvet, as another recall to the brand’s glorious past.

Who is supporting you in this project?
I am practically financing it by myself, and I learned to work with a very small but highly specialized and efficacious team of about seven or eight people. Two or three of them are fixed collaborators, and the others may change accordingly to the necessities of that specific part of the project. Though in the future I might need a financial backup.

What about the logo?
I chose exactly the initial one. After four months trying to create a new logo, I decided that the one that fitted best was the first one. Daily Blue was born as juxtaposed to always identical Levi’s label replicas and inspired by an idea of “newness” like, for instance, color, as a means to break away from the past and create something disruptive, reminding of inspiring worlds like London or personalities like Mick Jagger.

What price range will you focus on?
I want to focus on prices between US$350 and US$450.

When you speak of jeans sold at these prices, you may think of a niche, but it is also true that very expensive products have also become mass product. Think of luxury bags or shoes.

This hasn’t happened with jeans yet because there were not any beautiful or significant enough ones on the market yet. Products become commercial when people like them.

As I always did in my experience, I often started from a small project that then grew successful. I hope this happens with Daily Blue, too.

(*) About Genious Group:
Genious Group is a legendary creative studio founded in Italy by Adriano Goldschmied in 1981 that gave birth to many brands including Goldie, Diesel, Replay and Katherine Hamnett just to mention a few. When Goldschmied moved to America in the 1999 he was working at the Gap 1969, AG Adriano Goldschmied and Goldsign. Today, in addition to the creative design he is leading in the circular fashion and sustainability areas, he is involved in projects related to the complete sourcing chain, from fibers to weaving and dye, manufacturing and washes. Genious Group is, since long, into innovation and technologies and finding the way to join fashion design to advanced technologies. In the recent years Genious Group is successfully operating in the luxury denim segment. 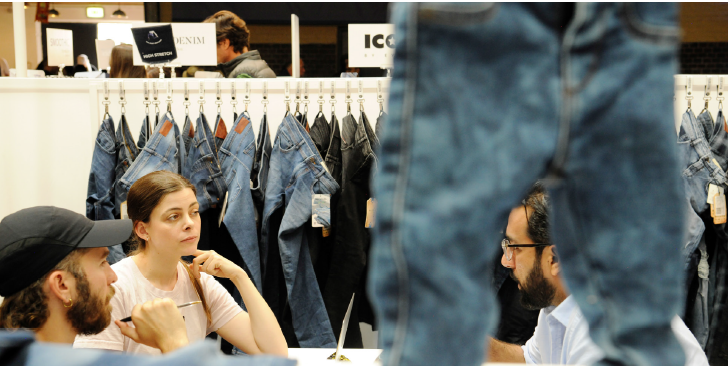 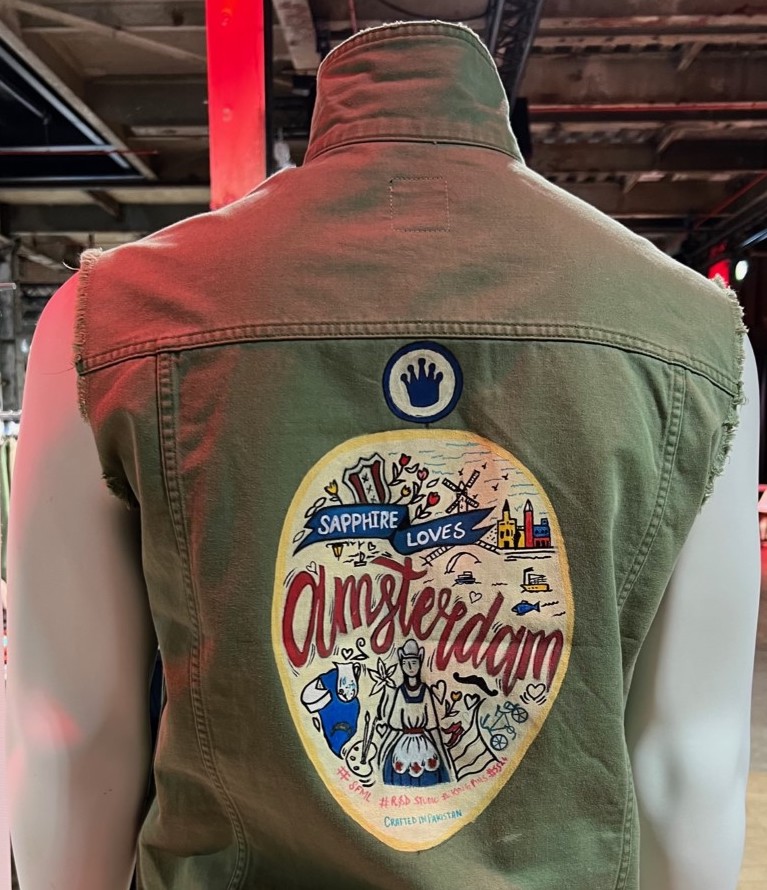 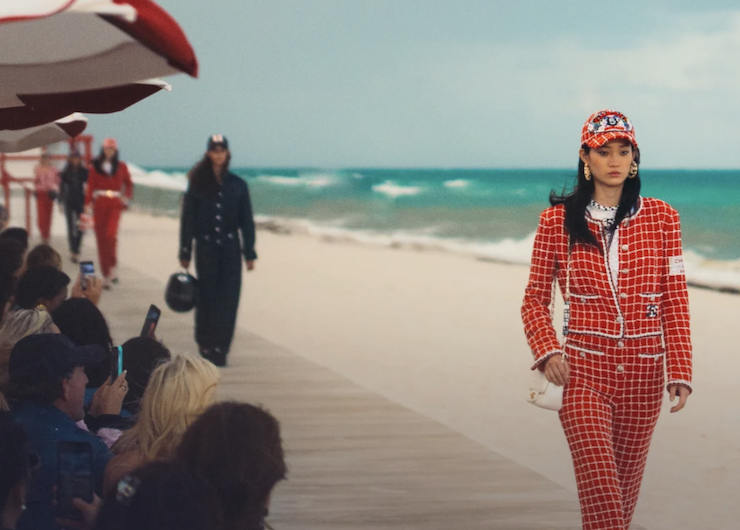 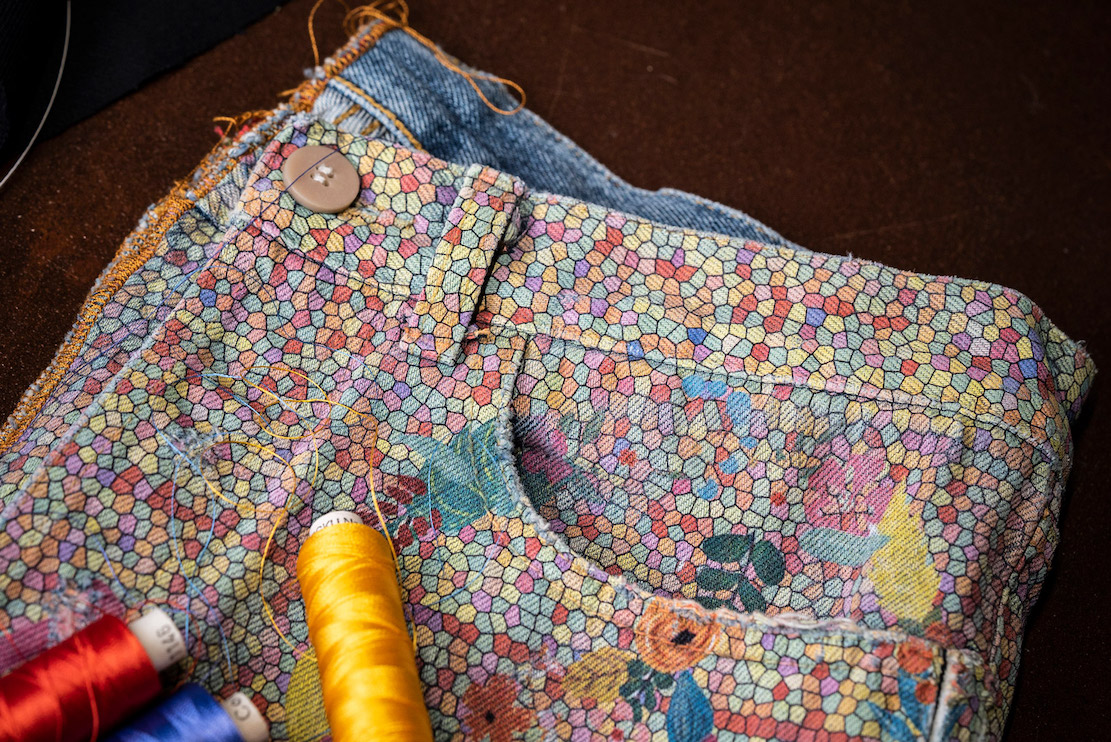