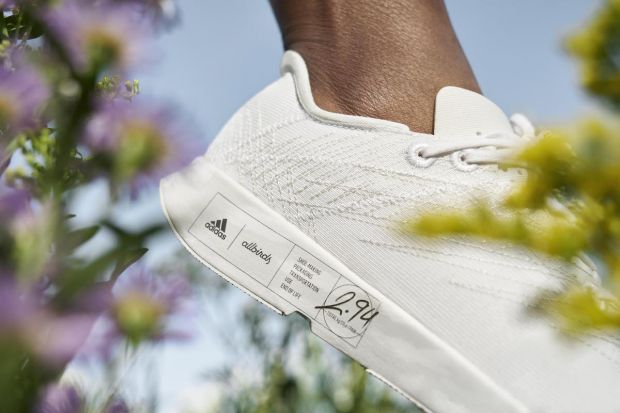 Cooperation among competitors: Billion-dollar conglomerate Adidas and sustainability pioneer Allbirds have unveiled the first joint product that neither could have done alone.

Adidas and Allbirds have joined forces to develop the Futurecraft Footprint. On the one hand, there is the established billion-dollar company from Herzogenaurach, which has identified sustainability as one of the biggest growth drivers of the future. On the other hand, there is the dynamically growing Californian D2C brand, which has been committed to sustainability from the very beginning and is considered a pioneer in the field of CO2 calculation and reduction. And it no longer focuses only on everyday sneakers, but also wants to get involved in the running shoe market with the Tree Dasher. 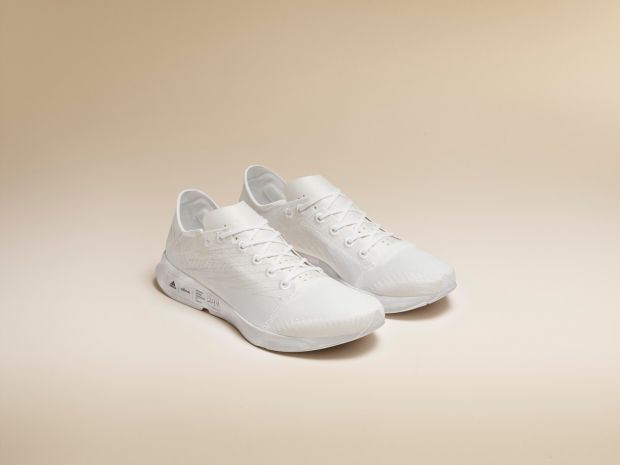 Photo: Allbirds x Adidas
Technologies from both companies were combined for the inside and bottom of the shoe, respectively.
The common goal was clearly defined, namely to develop a performance shoe with the smallest possible CO2 footprint. The partners set themselves a target: they aimed for a model that would produce no more than 2 kg of climate-damaging emissions.

An extremely ambitious goal. Because even at Allbirds, the average CO2 footprint across all products is 7.6 kg. The most climate-friendly model with three stripes to date was the Adizero RC3 with a CO2 footprint of 7.86 kg. This shoe served as a reference model for the designers. "At first, we started as we always do - with beautiful mood boards," says Florence Rohart, senior footwear designer at Adidas. "But we realized very quickly that we needed a reference point so we could improve from there." Every component of the Adizero RC3 was scrutinized. How much does it weigh? How complex is the manufacturing process? Etc. That basis was necessary to make quantitatively based decisions. "And we found that the key to minimizing emissions is simplicity." Not a groundbreaking insight for anyone involved in sustainable design - but one that turns conventional design on its head. "This project inverted our normal creative process. We had to really build each piece from the fiber, had to understand what the impact was, and then reduce that impact." 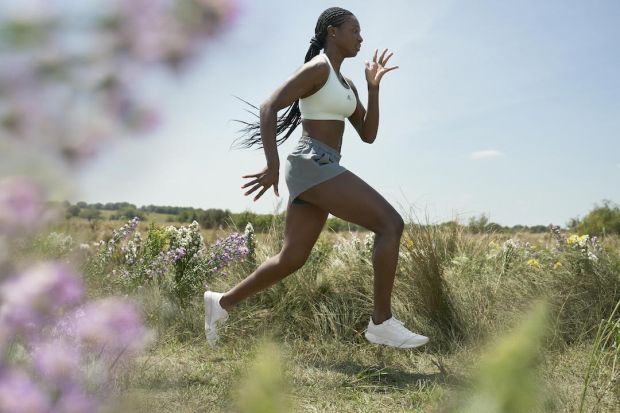 Photo: Allbirds x Adidas
The goal was to develop a performance shoe with the smallest possible CO2 footprint.
Designing a running shoe is always about supporting the running motion. That's usually done through different layers. "For this shoe, we looked at that very closely and asked ourselves, do we really need this?" Ultimately, the designers decided on a different solution and worked with embroidery, which is now supposed to provide this support.

Most notably, technologies from both companies were combined for the inside and bottom of the shoe, respectively. The midsole of the Futurecraft Footprint is based on Adidas' Lightstrike midsole, but was supplemented with an Allbirds development called Sweet Foam. This material is based on sugar cane and thus produces significantly less CO2.

The result is a shoe that has a carbon footprint of less than 3 kg - exactly 2.94 kg. The original target of 2 kg is thus still a long way off. "But such an ambitious goal was important to get where we are today," emphasizes Allbirds Sustainability Manager Hana Kajimura. "And by the moment we made the project official, the pressure was on."

Less than twelve months Adidas and Allbirds gave themselves. Then came Corona. Which resulted in the parties involved not meeting once until today. There were weekly, and later almost daily, video calls to share each other's latest calculations, early in the morning in San Francisco, late in the afternoon in Germany. "This is not just a story of product development. It's the story of true co-creation in a whole new way. Both teams had to open up like they never had before," Rohart said.

But what's the point of making a single shoe as carbon neutral as possible, anyway? "It's an absolutely sensible first step," says Kai Landwehr of Myclimate, a climate protection organization with Swiss roots and a focus on CO2 offsetting measures. Ideally, however, this value would not simply be shown, but this burden would also be priced in. "But if products become comparable and customers are thus given another criterion for their purchase decision, then that is to be welcomed." It won't work without the big players. "If they change something, then it radiates to an entire industry." 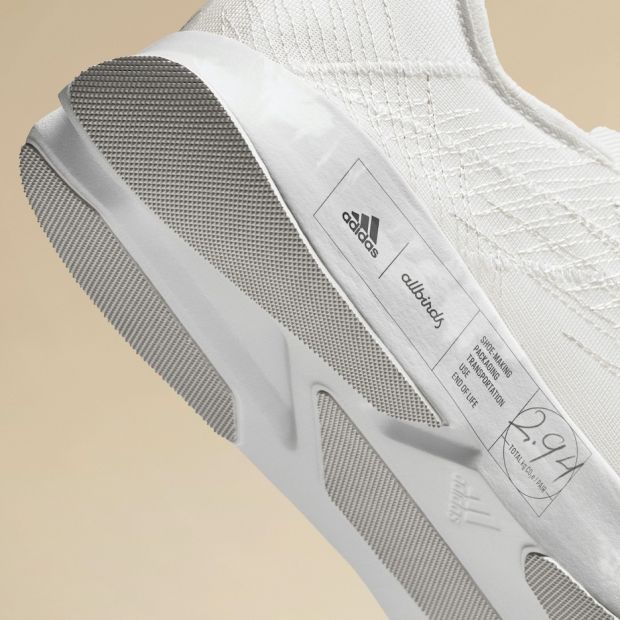 Photo: Allbirds x Adidas
Detail of the Futurecraft Footprint running sneaker
That sustainability can mean ten different things to ten people is something Kajimura also knows. "Allbirds uses CO2 as an objective, consistent metric that allows us to take responsibility for reducing our impact throughout our design and development process." Having this parameter as a "fixed star" has allowed the project team to make decisions much more efficiently and effectively, confirms Adidas designer Rohart.

No matter how sustainable a running shoe is, it can only have an impact if customers buy it. Jörg Seifert, head of the Running Division at the Sport 2000 retail group, observes that the sustainability argument is gaining traction with runners. "Also because brands are focusing on the issue of sustainability." Function is still the main focus for shoes, he says. "But there will soon be many models that combine both topics very well."

The Futurecraft Footprint will be available for purchase in the fall, in an edition of 10,000 pairs. It will then be launched in larger quantities in spring 2022. The first 100 pairs are already being raffled off in May. However, only among members of the Adidas Creators Club. Not surprising in view of the member-first strategy that Adidas CEO Kasper Rorsted recently officially cemented. Sustainability is not an end in itself.

[NOTE: The original version of this article has been published 12 May 2021 on textilwirtschaft.de in German language] 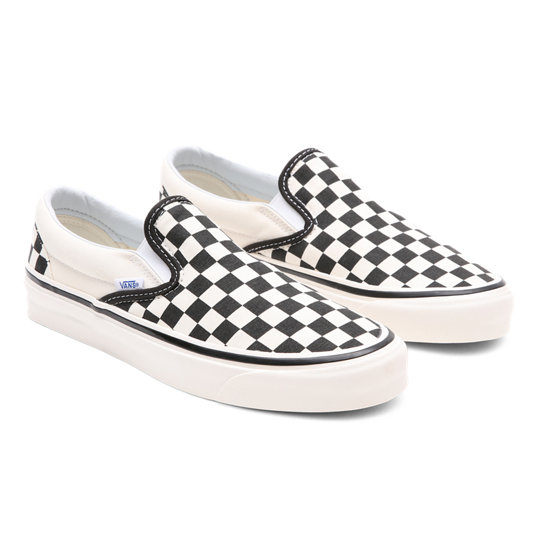 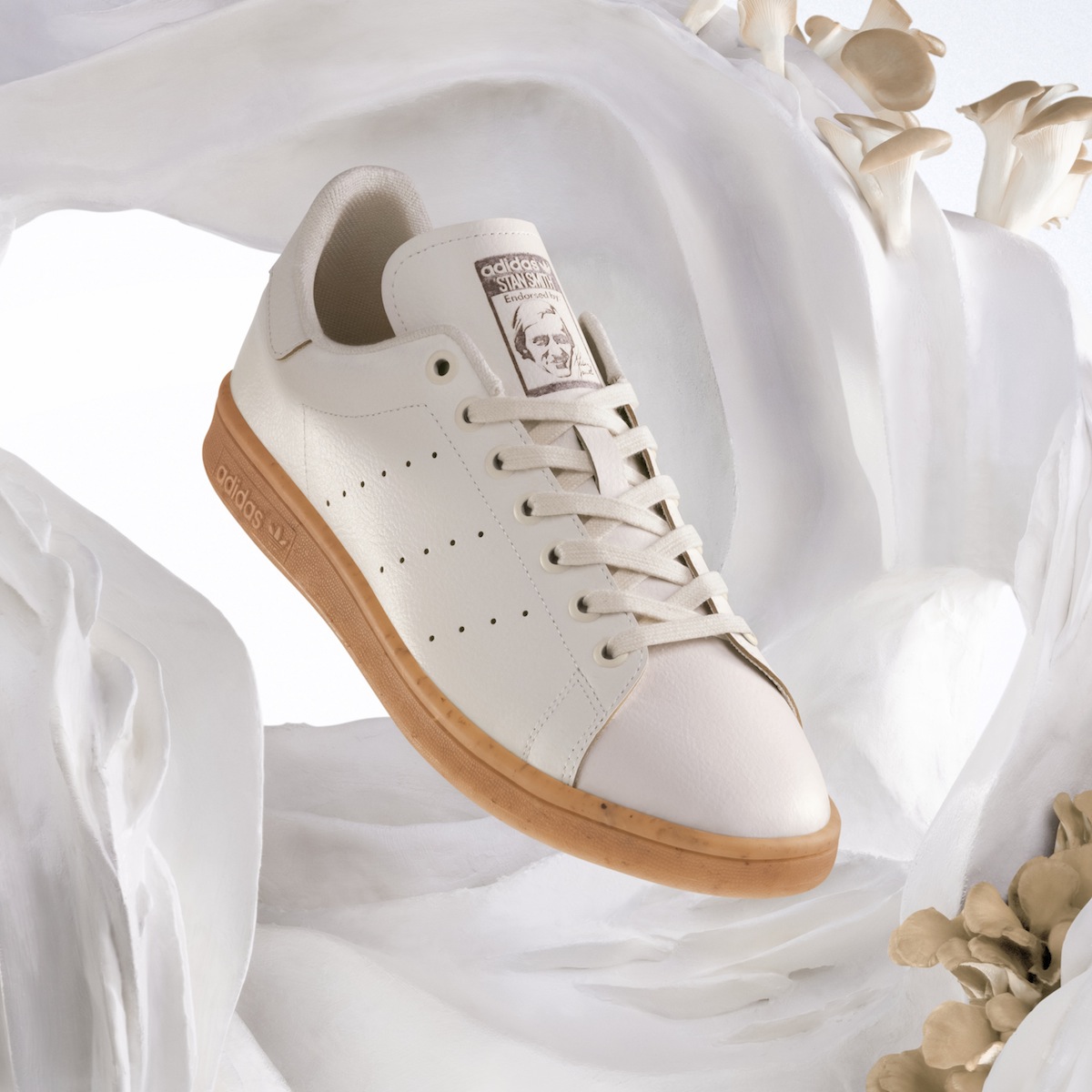 How Adidas wants to make the Stan Smith even greener 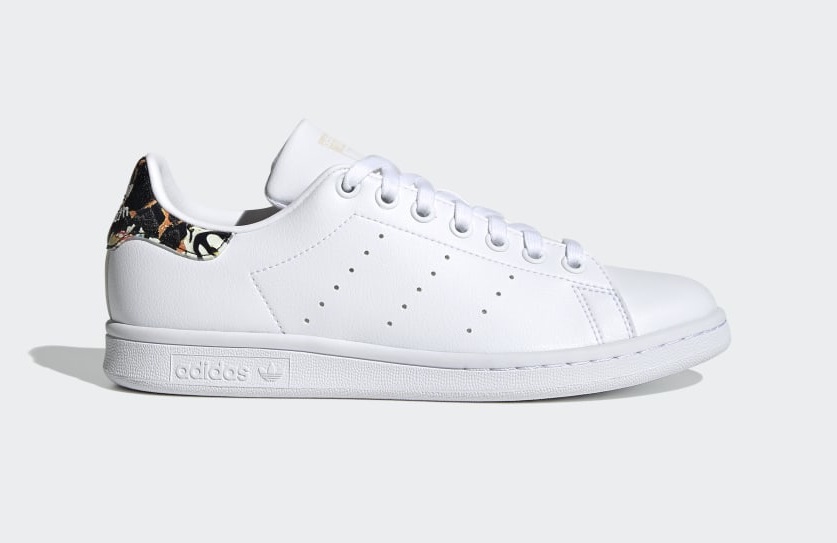 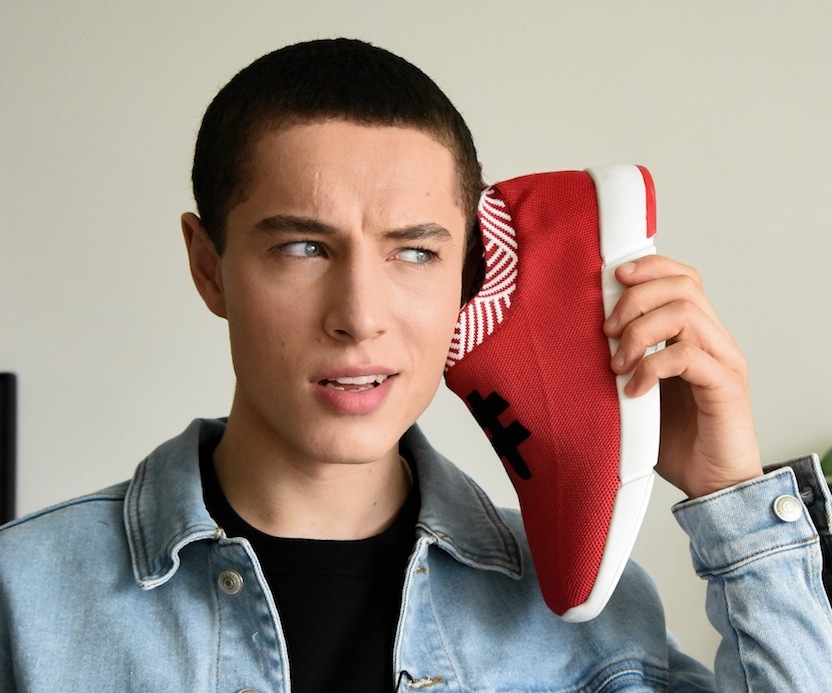 News from the sneaker world 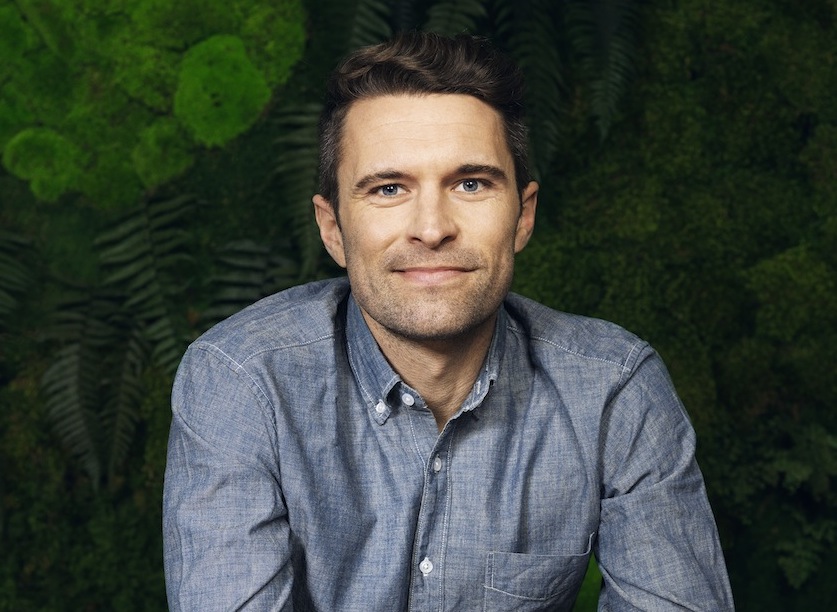 Allbirds: ‘The right amount of nothing’