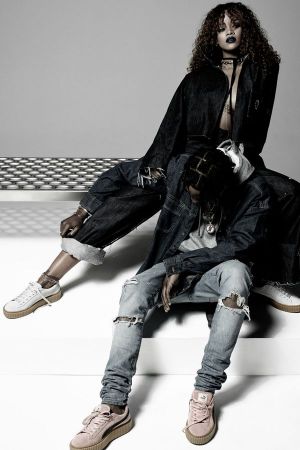 The 11 best fashion collaborations in 2015

by Lorenzo Molina and Sportswear International Team — December 17, 2015
As Christmas is just around the corner, we got sentimental thinking about 2015’s fashion collaborations, giving each some thought to handpick the most remarkable ones for you. It wasn’t an easy task, as you can imagine when thinking about the many brands out there that engaged with other labels or independent retailers yielding all sorts of team-ups. Mainly to encourage the interest of new consumer segments, benefit in a certain way from each other –whether of the strong retail network, the uniqueness of logos and designs or the current market hype of one of the involved partners- and last but not least to spark media attention. What has 2015 taught us in terms of collabs? Rather than the design features of the products, sometimes the only thing that matters for selling is actually to have the right celebrities presenting them –preferably those with as many social media followers as possible! This is our very personal list with the most noteworthy fashion collaborations that this year has brought in. 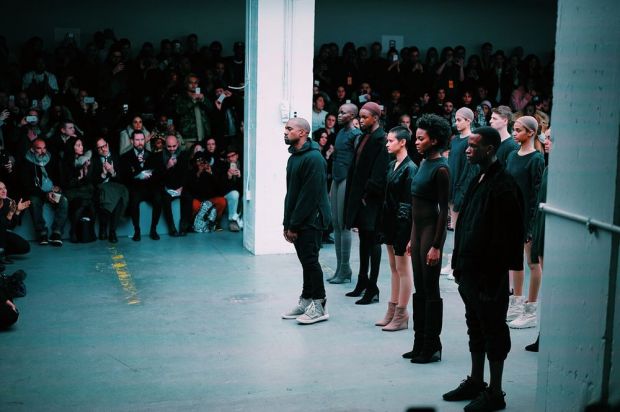 
Adidas Originals x Kanye West –Yeezy Season 1
US rapper, singer and music producer Kanye West was looking for new ways of expressing himself and ended up leaving his footprint in fashion thanks to the three stripes brand. The highly- anticipated debut collection was shown at New York Fashion Week with a lot of buzz, but it was anything but ground-breaking. In tune with the athleisure trend that has pervaded all fashion collections in the previous fall/winter’14-15 season, Yeezy 1 featured sweatshirts and t-shirts with frayed edges, dropped shoulders and subtle distressing, camo-printed coats, bomber jackets and sweatpants. Sneakers were the bestsellers, though!  The second round is already in the pipeline, so we will have Kanye for a while! 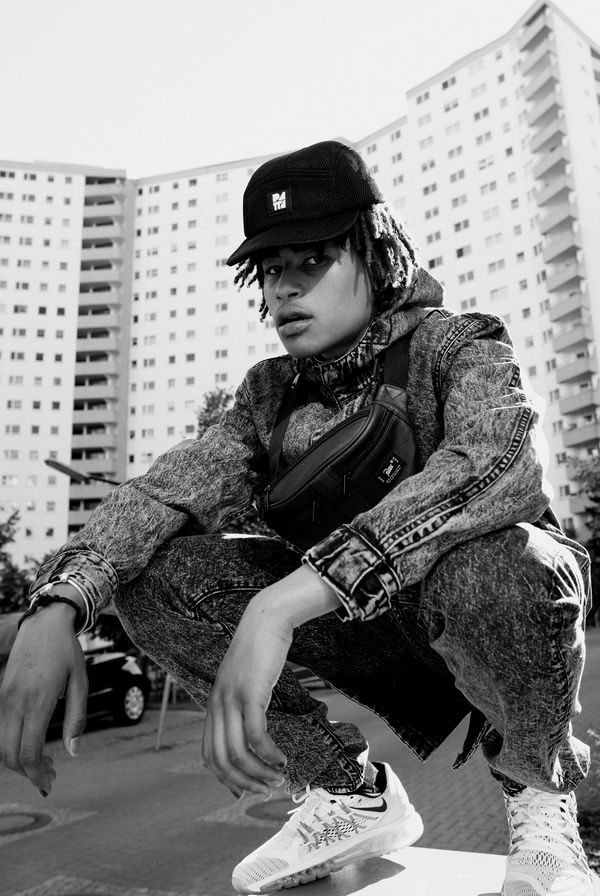 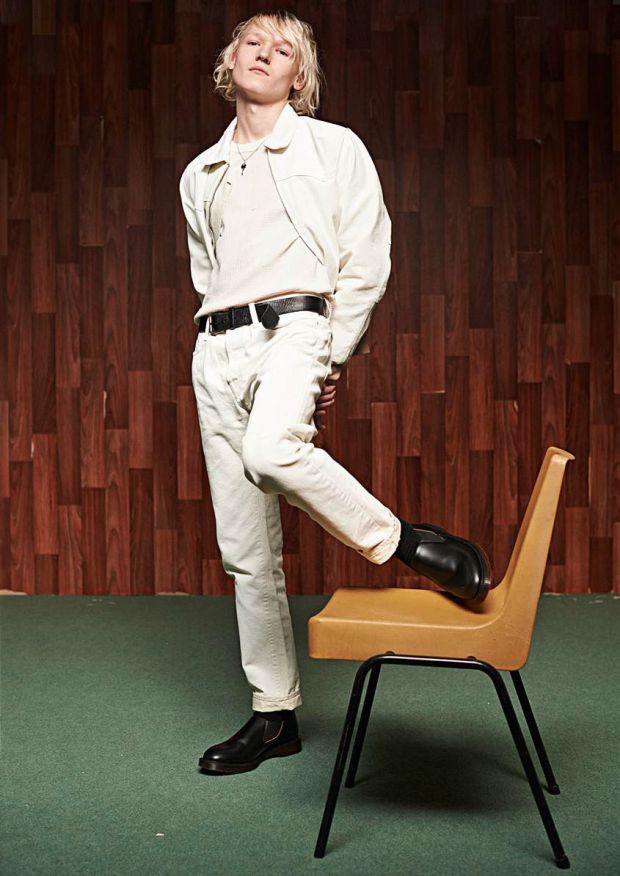 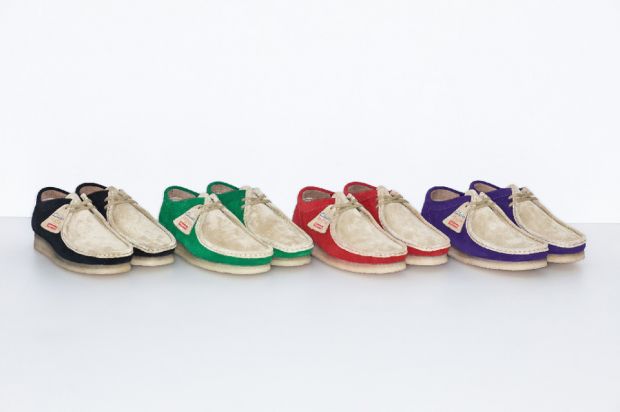 
Supreme x Clarks
After a first team-up in 2012 with Supreme, British footwear brand Clarks reimagined its iconic ‘Wallabee’ shoe for spring 2015 with the help of the US streetwear label, featuring a rubber crepe sole, a tan suede on its vamp while the rest of the shoe was  available in black, green, red or purple colors. The range was available in the US and London. 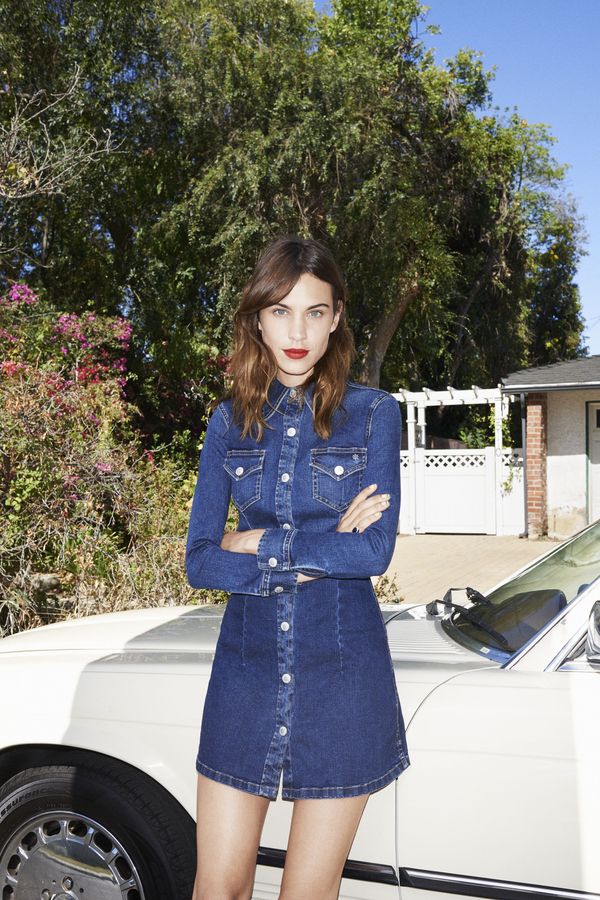 
Alexa Chung x AG
“I finally could create pieces, which I always have been searching for on shopping trips, mainly inspired by a late 60ies and early 70ies aesthetic”, explained Alexa Chung when her first collection joining forces with Californian denim brand AG was announced for spring/summer 2015. Whether you like the decade or not, truth is that the British TV host, fashion ‚it‘ girl and entrepreneur met the pulse of the market when the 70s revival was about to break through. The high-waist jeans, denim boho dresses and front button skirts were a success and it didn’t take long until mass retailers like Zara brought similar models to their retail floors. The vintage-inspired looks remain modern as wore by Chung. 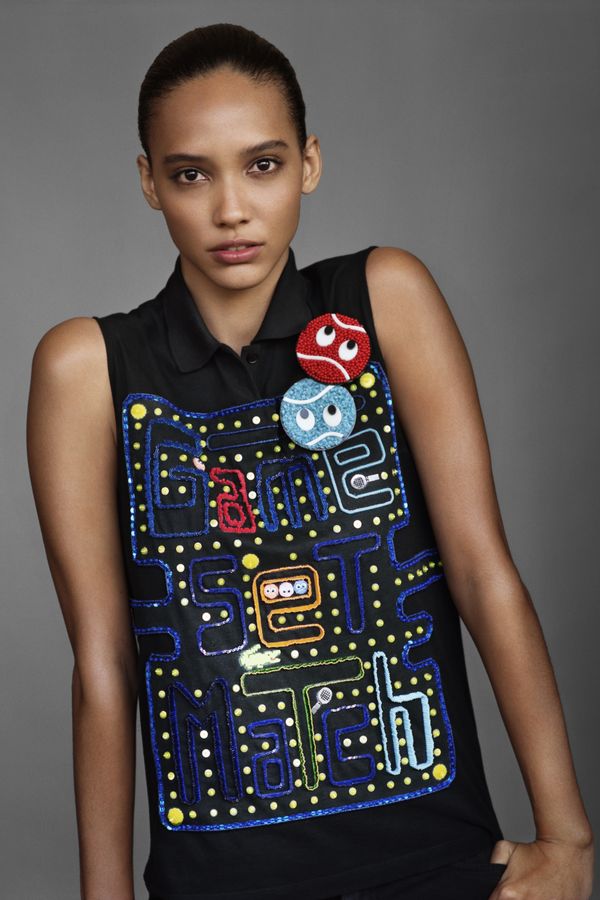 
Lacoste x Maison Lesage
Longstanding fashion houses know well that as a brand you can’t survive only with your iconic products as well as that innovation and new design influences are a must. In tune, French clothing company Lacoste revamped its classic polo shirt this summer by joining forces with Maison Lesage, an embroiderer founded in 1924 and owned by Chanel. Art deco, graffiti and videogames like Pacman infused the apparel collection, together with embroidering elements like pearls Plexiglas and gems, stepping up the tennis staple into new formality terrains. The beautiful campaign was shot by world-renowned fashion photographer Alasdair McLellan and features eight French celebrities such as models Laetita Casta and Cora Emmanuel. 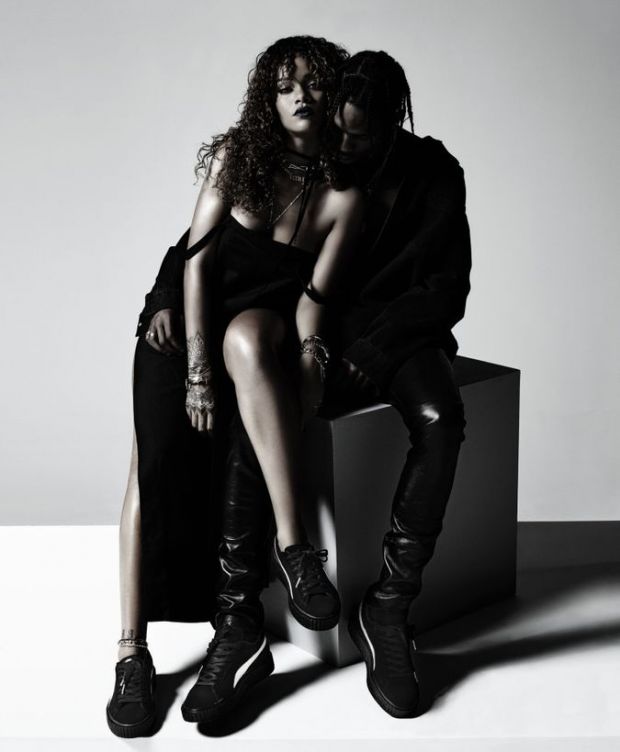 Rihanna x Puma
Exactly one year after the announcement of Rihanna taking over the role of women’s creative director at sportswear brand Puma, you can say that the first drop of this ongoing collaboration, the suede creepers, were a blast. Shortly after going on sale, the sneakers sold out and overpriced pairs popped up on Ebay and the like. Rihanna was exactly the kind of global sales booster that aging brand Puma needed to bring back some excitement about its product and change the course of the company, which was registering a low performance in comparison to competitors like Nike and Adidas. There’s no better advertisement platform than the 30-million-followers Instagram account of the Barbados singer! We’re excited to see what’s coming next. 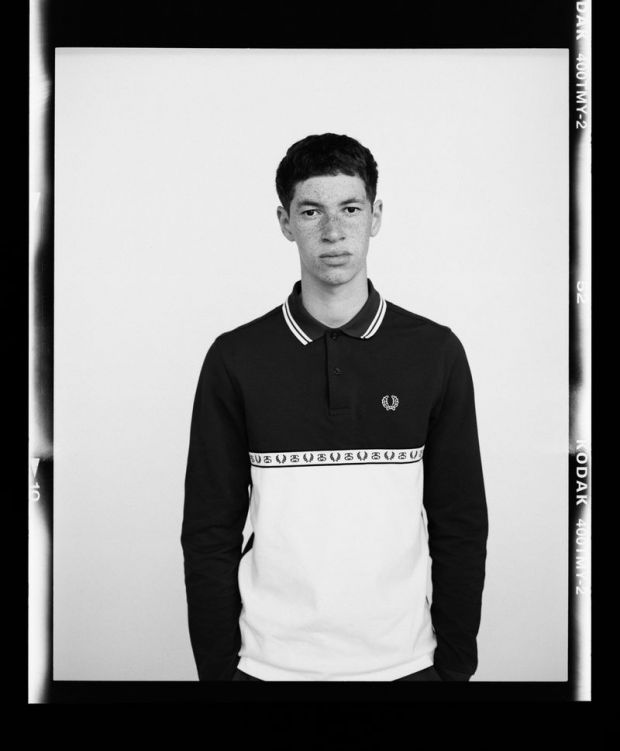 
Stüssy x Fred Perry
Classic athletic sportswear celebrated a comeback this year, emerging as a countermovement to the rise of technical fitness apparel to proof that Dryfit, EasyTone and TechFit are not the only way to dress comfortably these days. Launched in October, the collabo between Stüssy and Fred Perry offered two full length tracksuits and a long and short sleeve pique shirt, all featuring Fred Perry’s archive Laurel Wreath logo taping, Stüssy’s SS-link logo and signature embroidery. Stüssy has worked with nearly everyone of distinction in the streetwear game over the past decades, but especially in 2015 as the brand has celebrated its 35th anniversary: Fred Perry, Alpha Industries, Converse and top stores Union and Dover Street Market. 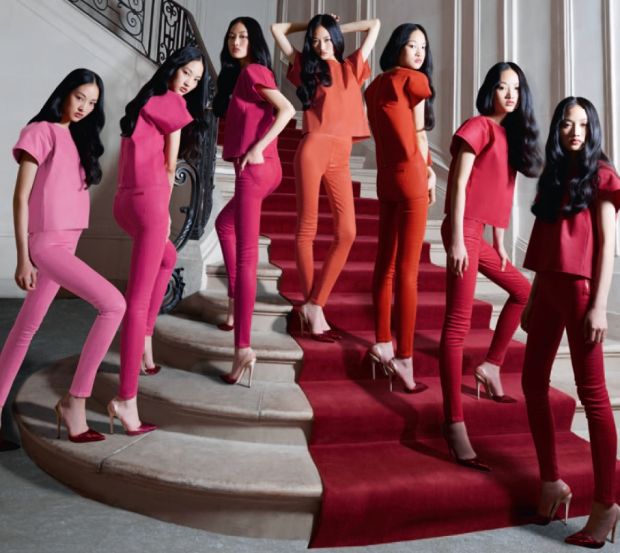 
Giambattista Valli x 7 For All Mankind
“I used denim as a canvas onto which I project my vision, thinking of a decidedly young, multicultural clientele of glamorous Valli girls,” said the Italian designer Giambattista Valli in regard of its collaboration with US denim brand 7 For All Mankind. Valli developed colorful skinny jeans in seven different shades of matte-coated red. The collection was rounded up by high-waisted flares, a minidress, a jacket and some tops. Who said that denim wasn’t haute couture? 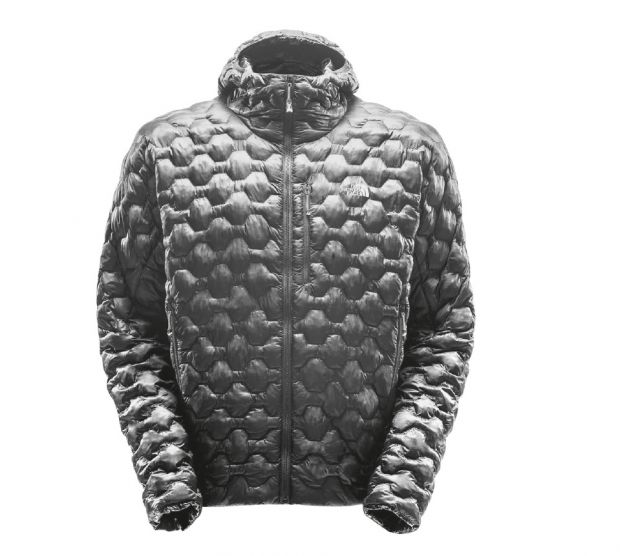 
The North Face Summit Series
As a technical outerwear brand, who is better than your own sponsored athletes to contribute creating products to meet the pulse of time? The North Face engaged alpinists David Göttler, Conrad Anker, Renan Ozturk and Hilaree O’Neill to relaunch the iconic Summit series this fall. The jacket has been revamped with several layers to confront extreme-weather conditions and is offered in gray –which is quite extraordinary in comparison to all the common bright colors in the outdoor industry. 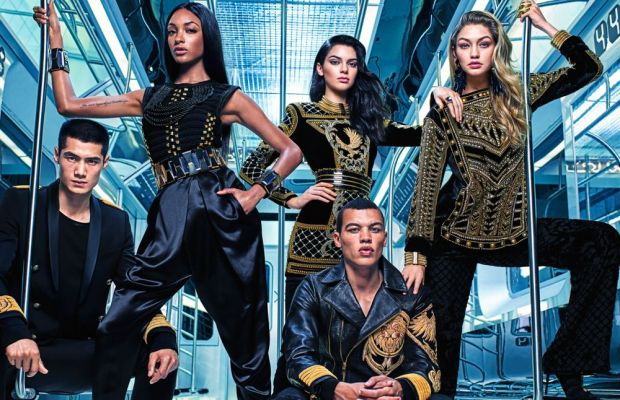 
Balmain x H&M
The images of possessive crowds bursting into H&M stores all around the world that appeared on the news in November had nothing to do with any mid-season sale of the Swedish retailer. The stampede was directed at H&M’s highly desired designer collaboration with the Parisian house of Balmain, which was cleared from the racks in a matter of hours. How did this all happen? Well, to attract media attention and consumers’ enthusiasm, pocketing model and queen of virtual likes Kendall Jenner and Balmain’s own Olivier Rousteing (the house’s creative director since 2011) as brand ambassadors is a reliable multiplier. H&M engaged not only them, but many other celebrities ranking high in the social media Olympus such as models Gigi Hadid and Jourdan Dunn. This time, the company decidedly invested in global-reach digital influencers, dreamy red-carpet events like the one celebrated in New York City (attended by the Backstreet Boys!) and then just waited for the information to spread by itself. The strategy paid off. Our only concern is to determine whether consumers really liked the collection–a women’s range dominated by excessively pomp loaded, sequin-embedded dresses, deep neck velvet blazers and lots and lots of gold on details and accessories–or whether the hyper H&M shoppers were only driven by the wish to have something in common with Jenner or Hadid and a piece that pretends to be “real” Balmain.

Check out further 2015 fashion highlights in our latest Best Of print issue!