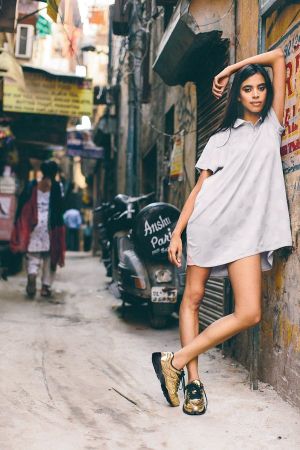 The 10 best sportswear campaigns for fall/winter 15-16


Puma
Following the success of their first joint collection, Puma has again collaborated with New York-based designer, director and filmmaker Vashtie Kola who is known for her cool and urban style. The collection as well as the advertising itself come along very urban and laid-back – everything appears to be inspired by skate culture and streetwear. The shiny golden sneakers are definitely an eye-catcher!

Y-3
“You can’t go wrong with black!” is what Y-3’s latest campaign for fall/winter 2015 seems to say. Shot from a frog’s perspective, the advertising is held simple yet impressive – it’s the clothes that are in the foreground and nothing else. The viewer has to turn his head 90 degrees to observe the photo, thus the ad is an eye-catcher. 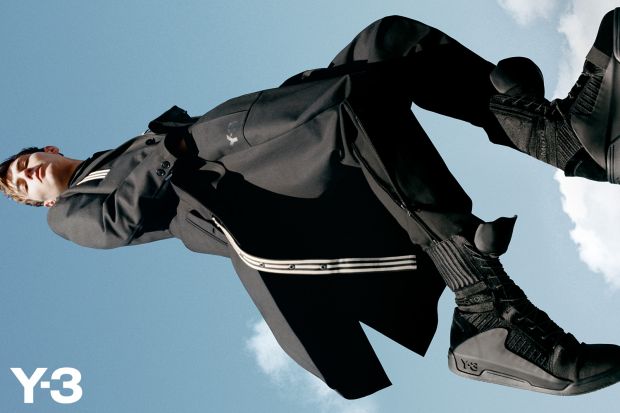 
Woolrich
For its latest campaign, Woolrich bets on muted colors and a dreamy atmosphere that somehow reminds of a romantic comedy. The two models stand in front of a picturesque urban scenery – the background obviously painted. Still, the advertising focuses on Woolrich’s clothes such as classical and elegant winter coats and accessories. 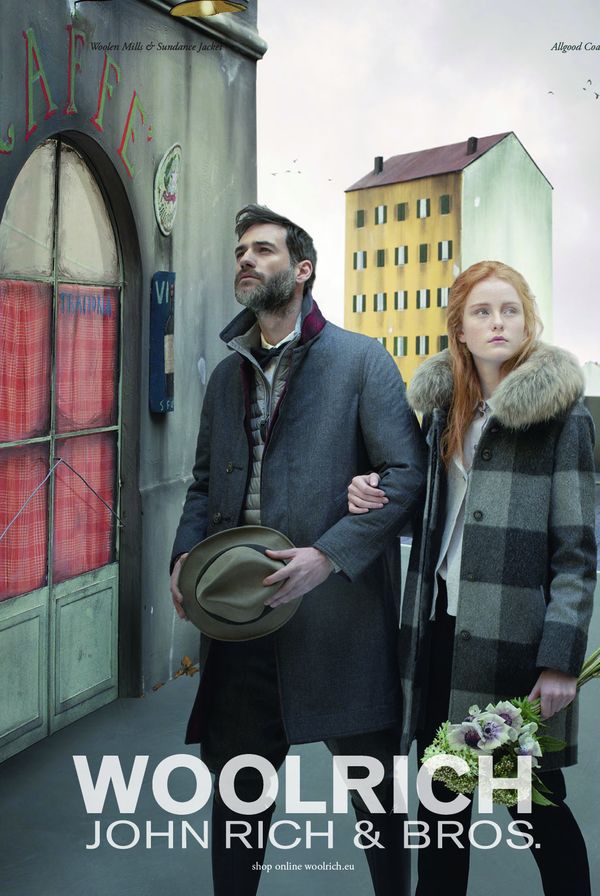 Calvin Klein
Calvin Klein kicked off a far more graphical and arty campaign. The clothes as well as the advertising itself is held in black and white – except of the brand’s red lettering and the male model’s intense piercing blue eyes. Due to sporty caps and wide cuts, the whole collection appears casual and chic at the same time. Lacoste
Lacoste came up with an advertising focusing on the brand’s fall/winter collection as well as on exciting architecture and unusual angles. The clothes’ clear cuts and muted colors harmonize with the setting while the models create a dynamic atmosphere.

La Martina
Argentine sportswear label La Martina is taking an extraordinary approach: At first sight, the brand’s advertising looks just like a movie poster – even including the names of the starring ‘actors’. What a nice idea! In addition, La Martina shows off casual and light clothes for the upcoming fall such as airy long skirts, simple jackets and boots. 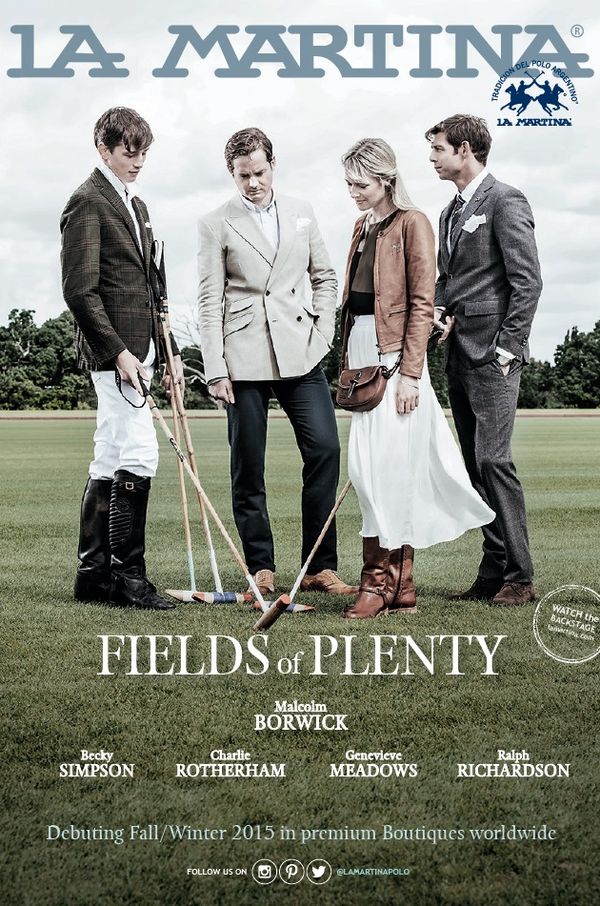 Keds
For its upcoming fall/winter collection, U.S. shoe brand Keds counts on big names and convinced Taylor Swift to get on board. The 25-year-old world-famous singer presents colorful patterned sneakers and quite a lot of bare skin. Nevertheless, the campaign comes across natural – if we ignore the fact that nobody will be able to wear similar outfits in January… 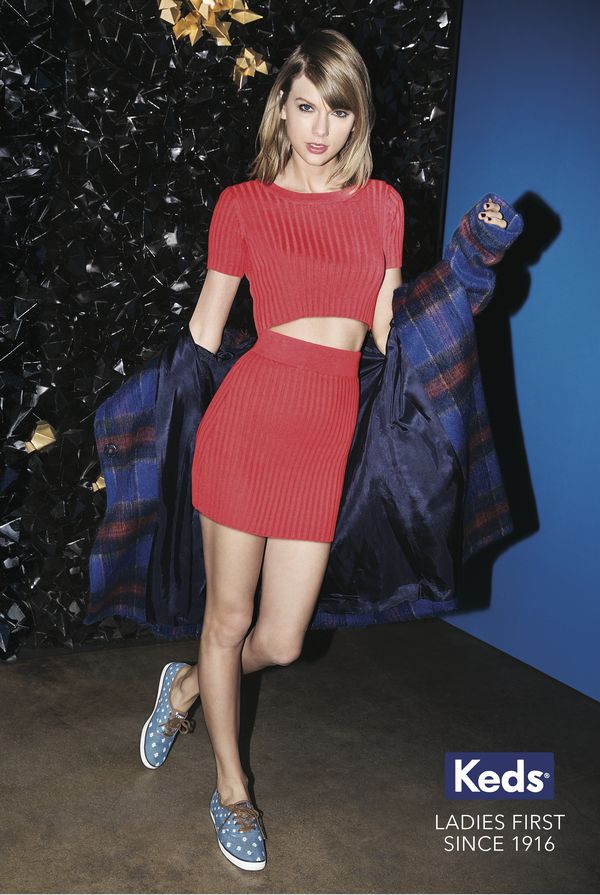 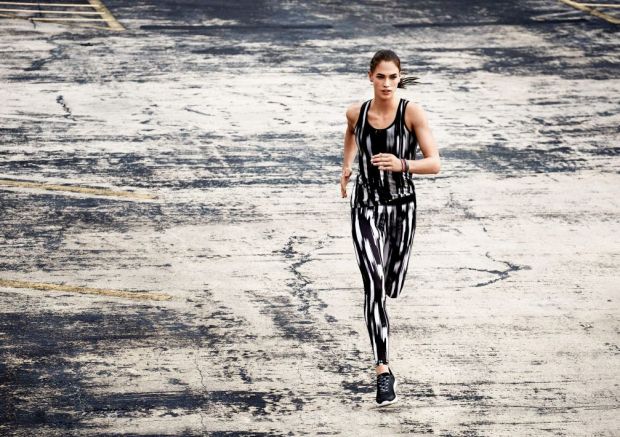 Moncler
After campaigns for Tom Ford and Philipp Plein, American male model Lucky Blue Smith now also shows up in the advertising for the fall/winter collection of Italian brand Moncler, accompanied by his sister Pyper America. The scenery of the photos shot in rough Iceland is somewhere between fantastical and scary, but surely remarkable. The two siblings show off silver and futuristic down jackets and winter clothing. 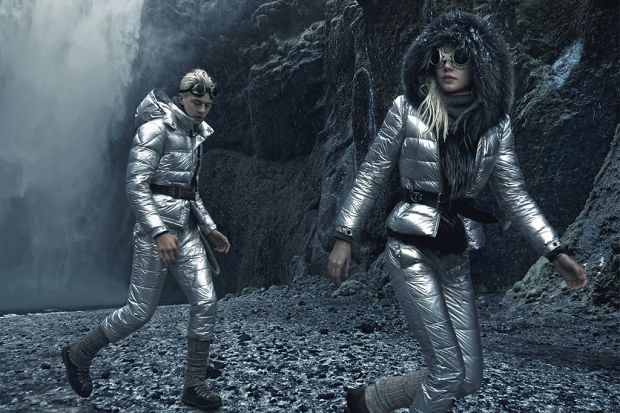 
Bench
Grammy-winner and British singer Jess Glynne is the testimonial for Bench’s upcoming fall/winter collection. The pretty redhead who is known for her song “Hold my Hand” takes the viewer on a journey through her everyday life in London while presenting casual and comfortable streetwear. 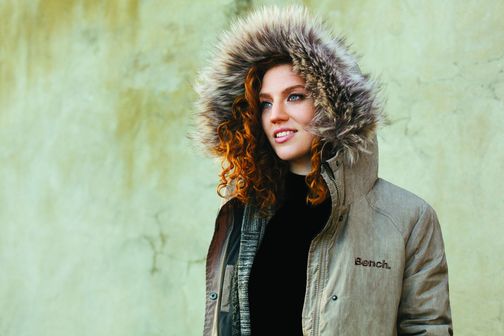