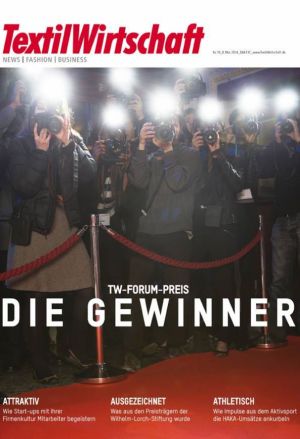 Current issue of TextilWirtschaft which highlights the award winners
Stories

by Maria Hunstig — May 09, 2014
TextilWirtschaft, trade magazine for the German fashion and textile industry and sister publication of SPORTSWEAR INTERNATIONAL has once again awarded their annual “Forumspreise” to selected players in the industry.

They were given their prizes during a festive evening event in Heidelberg’s Print Media Academy on Wednesday night in presence of 600 invited guests.

The following reasons were given for their choice of winners:

Munich Fabric Start: Has developed from a small agency platform to an event with international importance due to permanent alterations and a high level of innovation.

Breuninger: Has defined a new form of fashion retail by uniting fashion, beauty, accessories and food under one roof in a very entertaining manner. 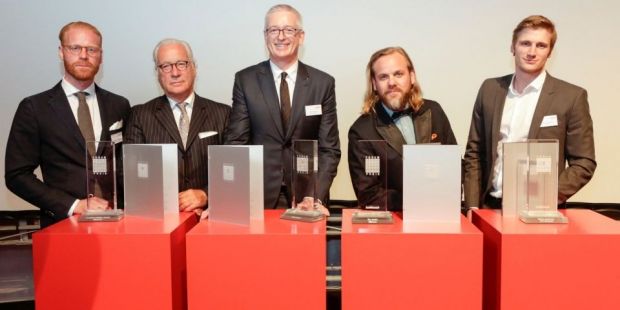