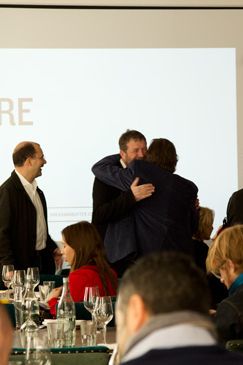 Talkshow: Opinions on the new concept of BBB, Part I

by Sportswear International Team — January 09, 2014
As announced December 2013 on sportswearnet.com Berlin trade show Bread & Butter will open itself up to consumers. Mid of December BBB boss Karl-Heinz Müller unveiled his plans for what the July edition will look like in front of press and brand representatives. 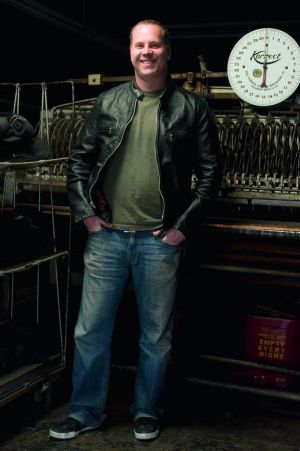 Dietmar Axt, Mustang:
“We as the Mustang Group are open towards the introduction of a consumer day. IAA, IFA and the Frankfurt Book Fair are good examples for successfully implementing consumer days in other industries without taking away the fairs’ radiance for retailers.”

Mikael Hansen, Broadway:
“The question as I see it is: Will it be possible to mix the needs and demands for the exhibitors and retailers vs. end consumers who might have other expectations for a trade fair? We as brands must of course also understand that the end consumers are very well informed from various numbers of digital media and therefore we need to be more open than ever–interesting to see how it will work out.”

Joachim Beer, Victorinox:
“The change will for sure involve big challenges for the exhibitors, for instance in terms of booth fitting, logistics and the entire brand appearance. However, this is a development into an interesting direction and we are generally open towards it.”

Miles Johnson, Levi’s XX:
“Over the years, B&B has made its mark through continuous reinvention and innovation. Opening up the show to consumers is another example of how it’s setting itself apart and connecting with a larger consumer base, which is something that we welcome as a brand.”

Tobias Schröder, Khujo:
“In my understanding, this project is less about opening a trade show up to end consumers, but connecting a festival character to a trade fair and therefore melt together the fields of fashion, music and lifestyle. I think people easily underestimate the dimension of this and therefore missjudge a one of a kind chance.  As a festival, I understand a Europewide, maybe event worldwide happening in which an interested target group simply wants to take part, because it belongs there naturally. If Karl-Heinz-Müller manages to achieve that, then we have a fusion of trade show and event at which brands can beside or after their trade business present themselves in a way, which is otherwise exclusive to those few who sponsor events in the mentioned size today.”

Barbara Grotto, GAS:
“This could be an original and innovative idea but my personal opinion is that there are moments, like the trade shows, that need to be dedicated exclusively to the field’s experts.”

Federica Fusco, FGF Industry:
“In my opinion it’s unfair to show the collections one year before they are sold to the  final customer. If this new concept has to be a consumer-oriented show I think it could be better to present the collections which are already on the market and sell them at the booths.”

Lello Caldarelli, Antony Morato:
“Since we are always very curious and interested in new ideas and changes, we are also excited for this change of direction.” 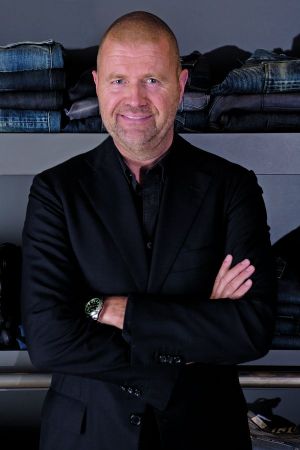 Jos van Tilburg, G-Star Raw:
“Bread & Butter is a renowned platform. We believe that Karl-Heinz Müller and his team have weighed the decision carefully and we agree it will have a positive effect on the platform.”

Jason Denham, Denham The Jeanmaker:
“I like the clarity and focus of the new show with clear days of press, buyers and consumer focus. Milan Furniture fair and Art Basel are two of the leading events in the world, the public visitors are more than 50%–this would also be great for our industry–we need to connect with the end consumer. We at Denham will treat all three stages of the show differently, adapting our concept and presentation for the press, buyers and public. We will communicate current stories with the public not future seasons.”

Matt Atkinson, 3rd & Army:
“By opening the show up to the public it’s going to create a lot of chaos without generating any additional business for the exhibitors.”

Andre Canè, WP Lavori in Corso-Work In Progress:
“It is true that the consumer has earned an ever more strategic role and it is also true that retailers are placing their orders by following their own instinct without taking much into consideration the final consumer’s own interest–today mostly attracted by the dynamism of the Web. However, I don’t understand how they want to connect the two things.”

Michael Schnabl, Codello:
“For us, this means a great chance to show the effort that we are making in staging a 150-sq.-meter booth not only exclusive to a professional audience but also to consumers and fans. I could imagine very well to showcase a concept store there with the possibility to additionally offer our products virtually/online.”

Mike Bobrove, Double J Fashion Group:
“I do not approve of consumer participation as I am there for business contacts and having consumers definitely changes the atmosphere and the level of discussion. So I will attend the two days for business only. But I fully understand the interest and reasoning of the show to explore new models and avenues as it is absolutely true that the traditional retail models have changed drastically in recent times.” 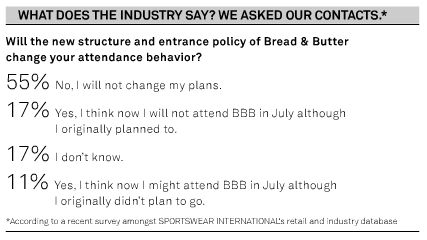 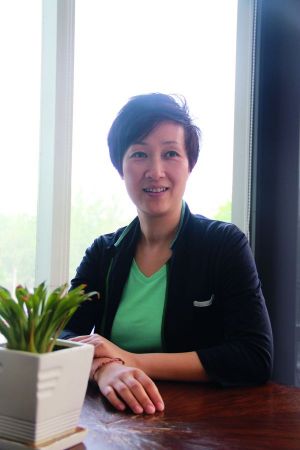 Marco Aslim, Bright:
“We generally like the idea that now everyone in Berlin can participate in the fair. However, this is not an option for our show. We only admit visitors who are professionally related to the industry in any way.“

Aaron Levant, Agenda:
“I see them becoming a different kind of event and I find it very interesting and am intrigued to see what is going to happen with it. We would never open Agenda to the public; we are strictly a B2B event but we have events such as Agenda Emerge that the public can buy tickets to already.” 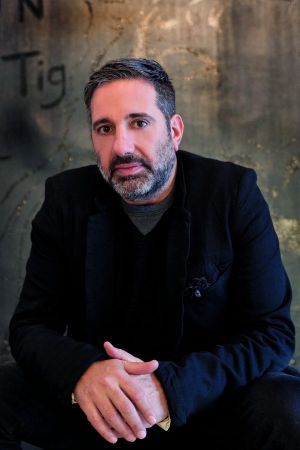 Sam Ben-Avraham, Liberty
Sam Ben-Avraham, Liberty:
“Bread & Butter has always been a more marketing driven platform than sales.  If you‘re looking at the show as a marketing tool for your brand it makes all the sense in the world to bring the end user to the show. It‘s a bold move, but Karl-Heinz and the team are known for taking a stand and understanding their market so I‘m eager to see the result.“

Anita Tillmann, Premium Exhibitions:
“As far as I know, so far there is only the announcement about the very concept. I am not a fan of speculations, therefore I wait if and how this concept will be realized. Premium in any case is a true B2B event–buyers and press only! There is no reason to change that.“

Philipp Kronen, Igedo (Gallery Berlin):
“For the consumers it doesn´t make sense to see fashion outfits which they can buy at first half a year later. A consumer fair is interesting when they can buy the fashion directly at the booth.”

Read part II of the series representing the opinions of international retailers and consumers here on sportswearnet.com.