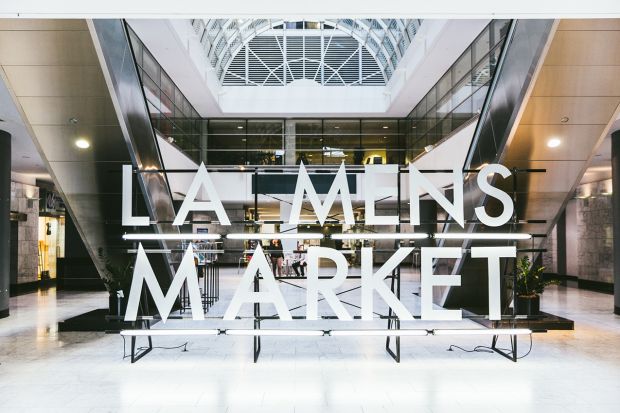 Are LA Tradeshows Really Necessary? The Verdict is: Yes.

When it comes to fashion and trends, Hollywood red carpets are prime exposure for designers and retailer bottom lines. Though Los Angeles struggled for decades to come to terms with the consumer runway side of things, that has fallen in line nicely thanks to Tommy Hilfiger, Tom Ford and Moschino, to name but a few. This is, after all, what the City of Angels does. It poses and it’s proud to be a bit superficial. The consumer side of the industry is, therefore, utterly at home here.

The business, trade part of the equation in LA, however, has always taken a back seat to New York and, more importantly on the west side of the country, to the massive shows in Las Vegas. But apparel trade shows in LA’s thriving Fashion District are experiencing a boom, attracting brands and retailers that either also show in other, bigger trade cities or show only in LA and wouldn’t have it any other way. With LA Market just around the corner in mid October, we spoke with big names in the LA trade show scene to find out the real state of the market. With no disrespect, we asked if there’s truly a need for LA trade shows in such a packed market, especially in Vegas’ considerable shadow. 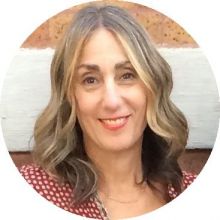 “The whole market has become fragmented with dates and schedules. This past show in New York, which is still our number one show, had 40 new brands. With their success in New York, they now want to come to Los Angeles specifically to be a part of the LA lifestyle, summer casual, fun and relaxed. Plus, our October show in LA is our most important as the spring merchandise seems made for the west coast. That’s a great dialog especially for our French and Italian brands though, admittedly, in fall, outerwear isn’t a bull’s eye in LA. For us, Los Angeles is part of our curated, ‘writing show’ experience. LA provides more exposure for our brands and retailers and that’s the name of the game. Vegas has a broader, more commercial audience but, that’s just not our wheelhouse. Our buyers now walk the New York show asking if what they’re seeing will also be in LA. There’s a big time crunch in New York and Europe. LA gives everyone another chance.” 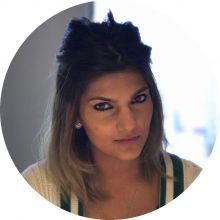 “We wanted to bring menswear back to Los Angeles and felt creating LA Men’s Market was a necessity. Our location in Downtown Los Angeles poses a great advantage, in the heart of the fashion district with great weather and energy. This is amiable for local retailers and brands because of the ease, and creates a reputable presence that attracts attendees who are not from here. Looking at the beautiful, but otherwise barren, showrooms throughout Downtown Los Angeles, we took it upon ourselves to bring the industry back to our city. I think the growth shows itself through the new retailers, other shows and even restaurants that seem to be constantly popping up. We have seen this city begin to blossom since we started here in Downtown Los Angeles. We are grateful for our own growth and excited to keep the momentum going.” 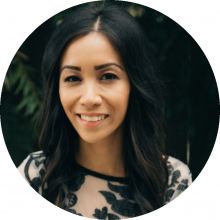 “There are a lot of brands that are made in LA and the DTLA Fashion District houses numerous showrooms, which are home to many popular brands. The city is a destination trade show city because of the weather, sights and vibe. The main disadvantage is that LA is too close to Las Vegas and many west coast retailers choose to go to MAGIC instead.”

“Los Angeles is just one essential stop for my exhibitors who have to take part in several shows each season to meet sales goals. The market is still rough and therefore sales reps have to work harder than ever to sustain their brands. Multiple tradeshows, road work, diligent customer service, and the good old cold call are all necessary.” 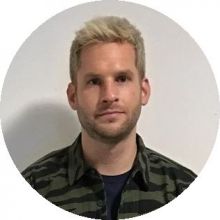 “LA is a much newer trade show city than New York and Vegas. Those two cities specifically have had trade shows for decades and they have a much more mature growth pattern than LA. With LA being so new we are able to experiment with ideas and ways of doing business. I remember the first LA Mens Market was held on the 4th floor of the California Market Center and each showroom shared and rented space to each other so it is incredible to see growth and to experiment with new things.” 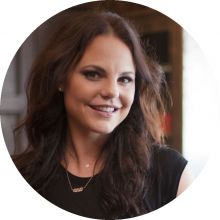 "Capsule LA was born of feedback from our community of brands, many who are based in LA and lots who see the important influence of progressive retailers there. We love the positive attitude and highly creative community in LA, a strong commitment to sustainability that we often see, and an ease of business that is less common in New York. Los Angeles is not quite an international marketplace yet, but we do see the attendance of some of our favorite Japanese and Australian retailers. It’s local, but the heat around the West Coast can’t be denied and some of the world’s most important retailers understand its importance. Las Vegas is the establishment and important for all brands — you can’t beat the international traffic — but Los Angeles makes a great market for brands that may be starting their journey who’d like to tell their story in a more edited and close-knit environment.”

Just as the LA fashion week catwalk played second fiddle to New York and Europe but finally got its due, the business/trade side of the apparel industry is, slowly but surely, inching up there and, though it will remain more intimate, the city’s market week will soon rival the importance of New York and Las Vegas for key segments. Watch this space. 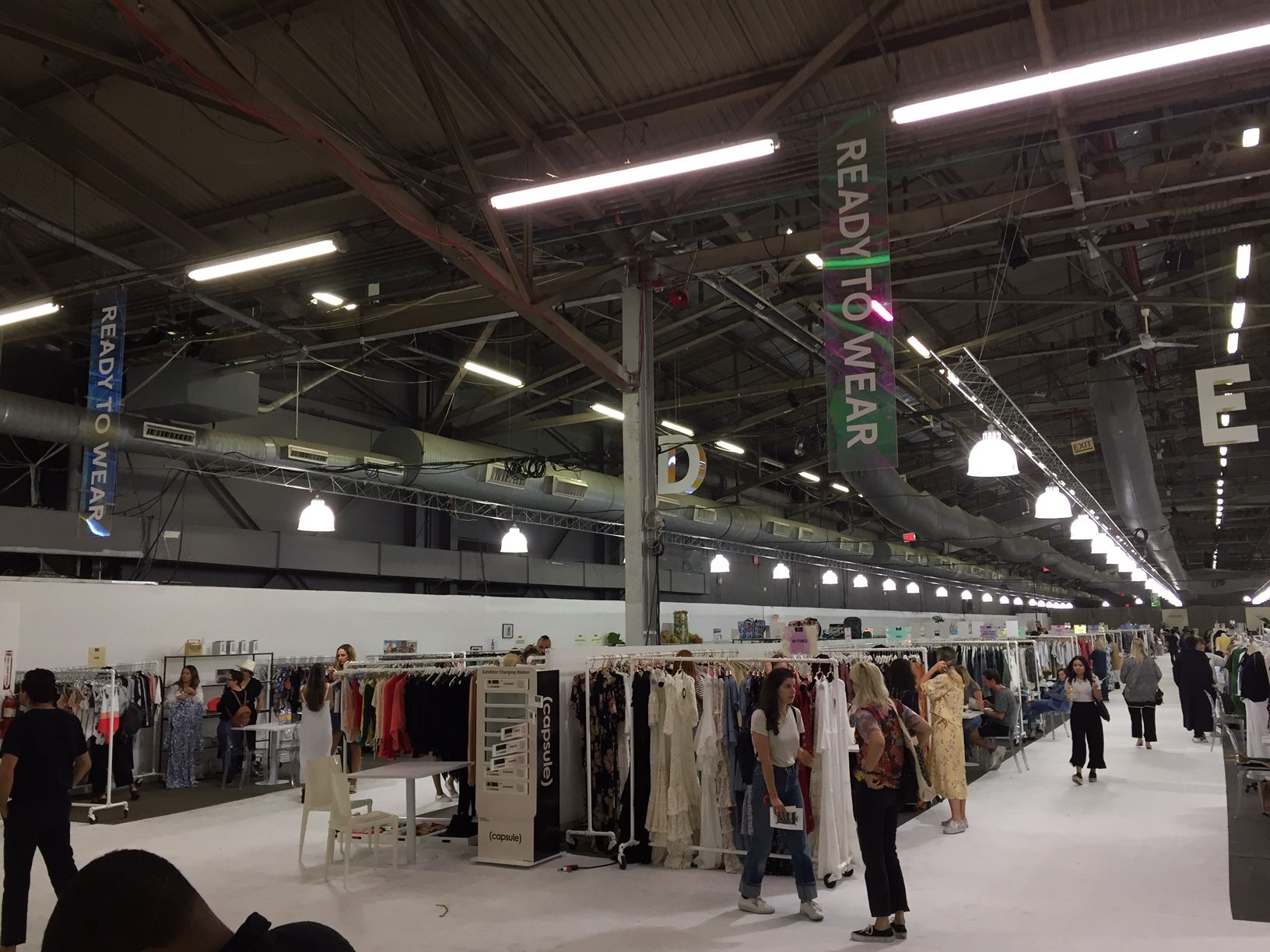 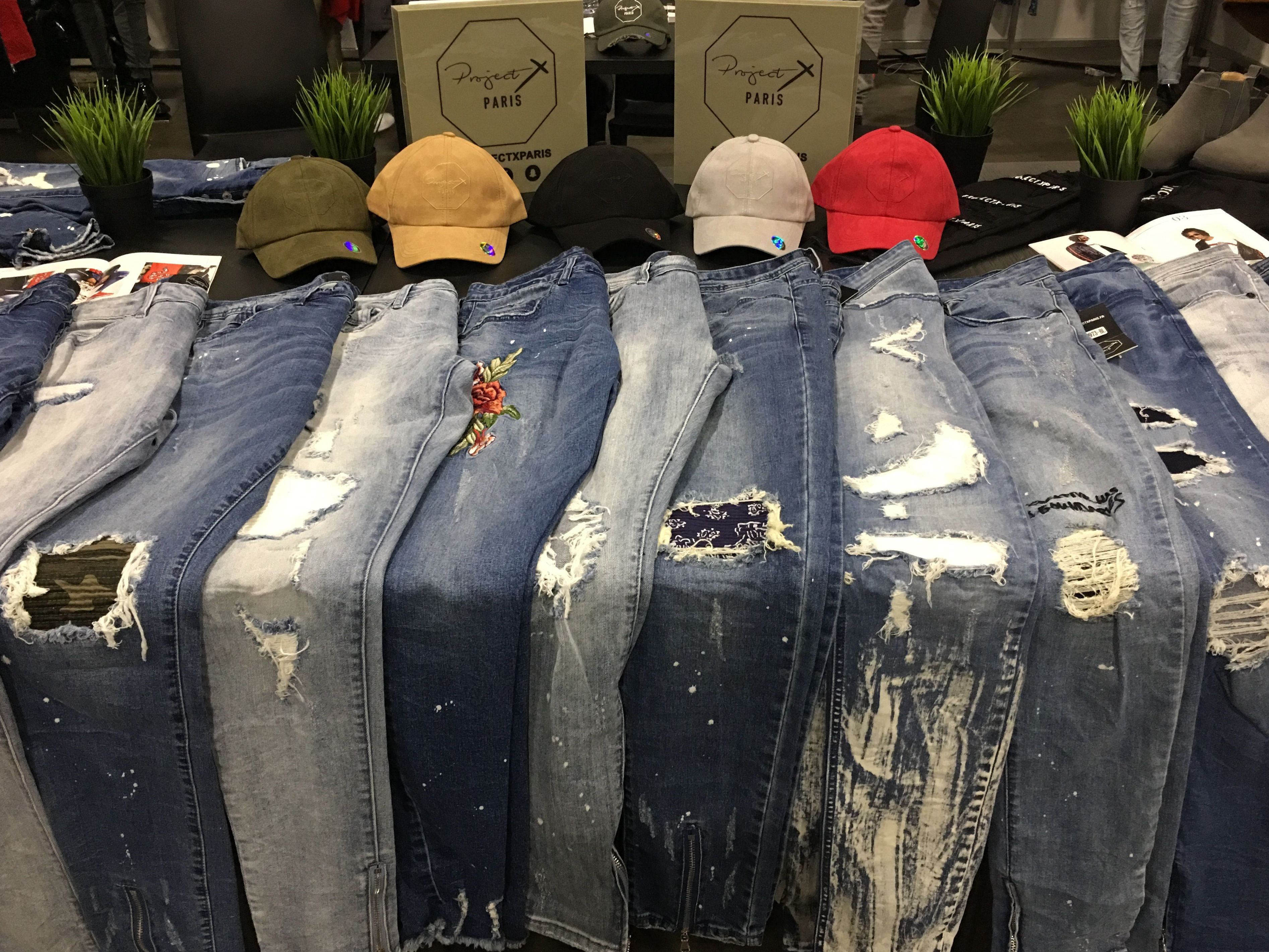 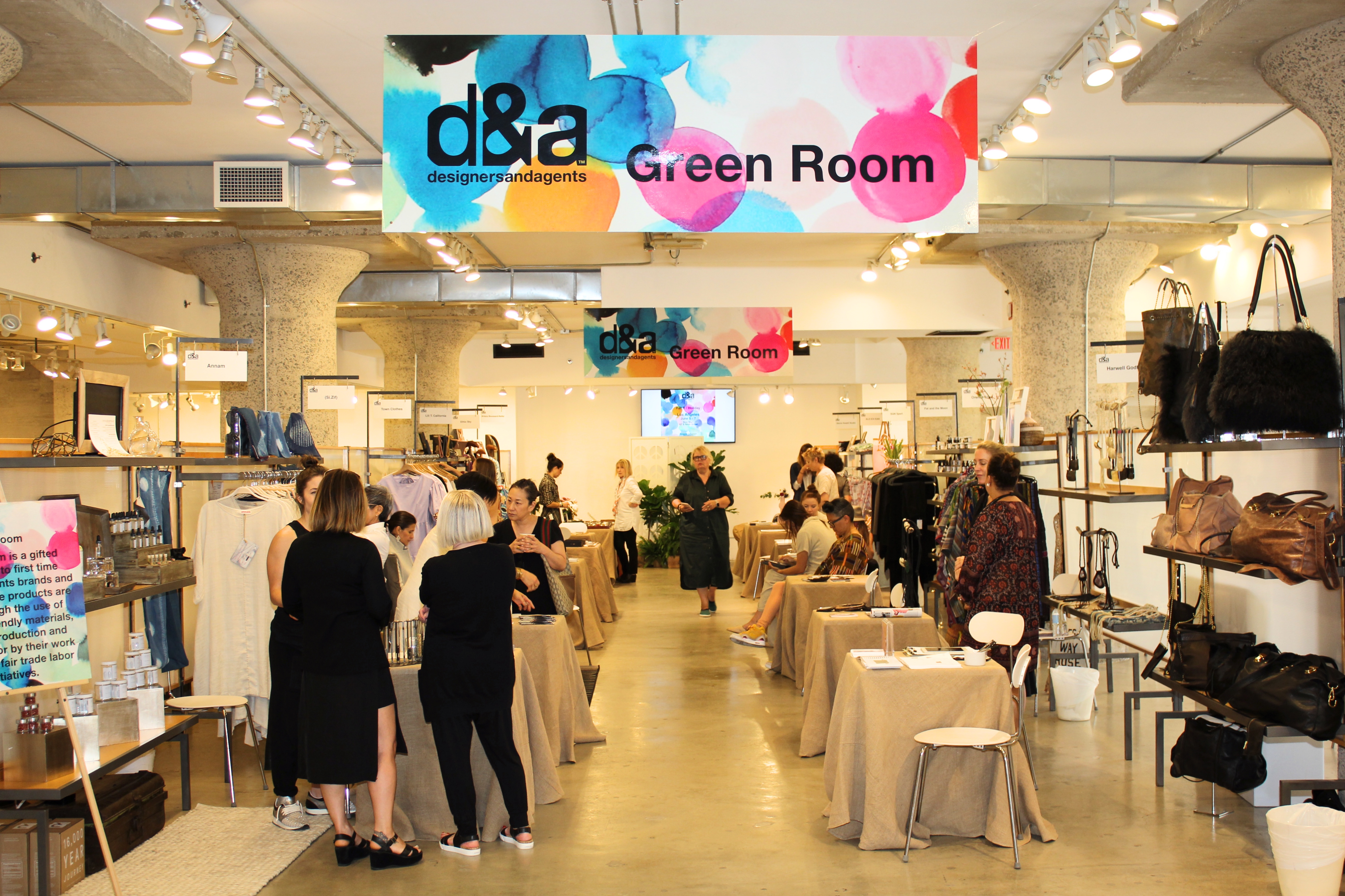 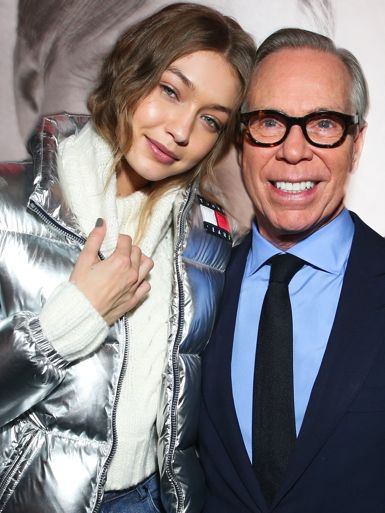 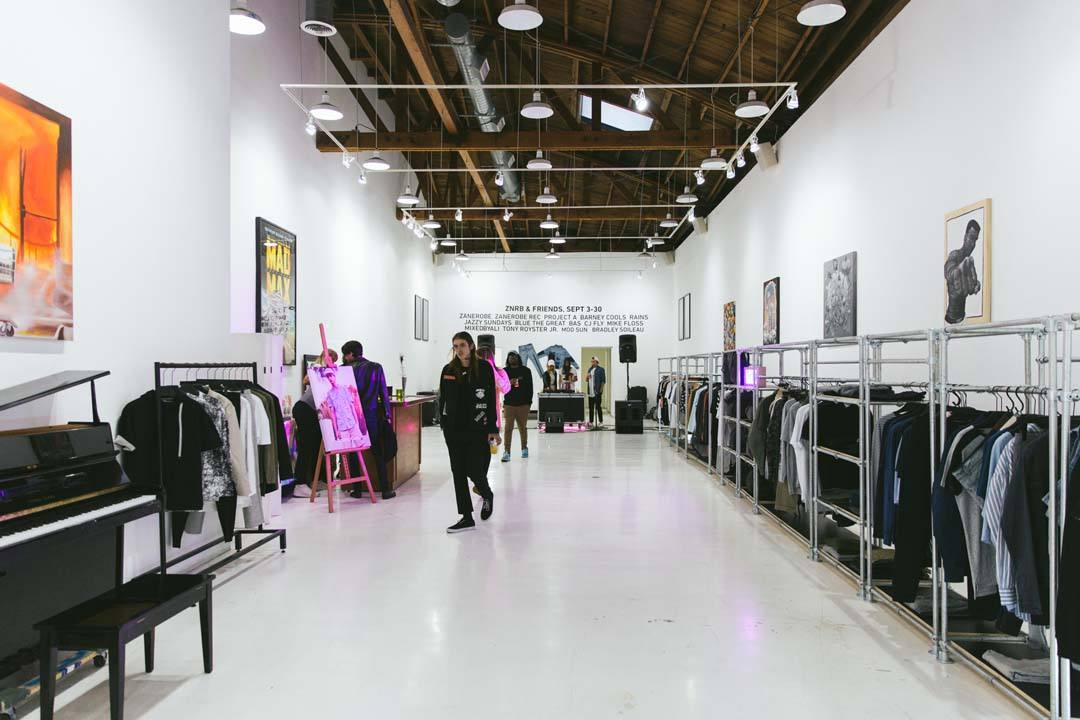