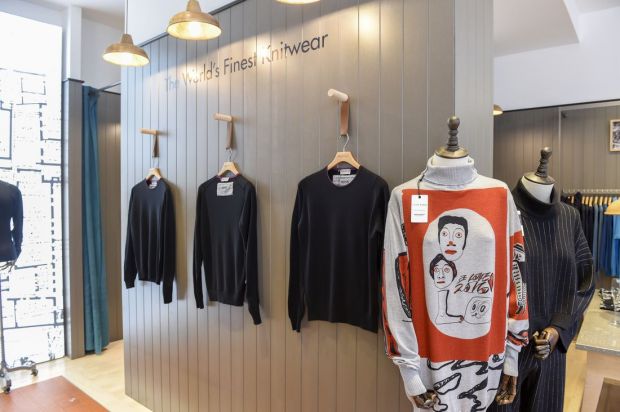 James co-produced a 2016 Fashion Film Award winning documentary – Slowing Down Fast Fashion – around the adverse effects of the disposable side of the industry, and attendees were invited to watch the trailer. We also got to witness the culmination of a biodegradability experiment comparing a John Smedley merino wool garment to one made of synthetic fibres, both of which had been buried in a hole dug personally by HRH The Prince of Wales in his back garden at Clarence House a few months previously. Upon unearthing the two garments, the difference was palpable– the merino jumper had decomposed into a gossamer-like mass – which smelled like mushrooms according to Alex James – while the synthetic version remained almost unchanged. 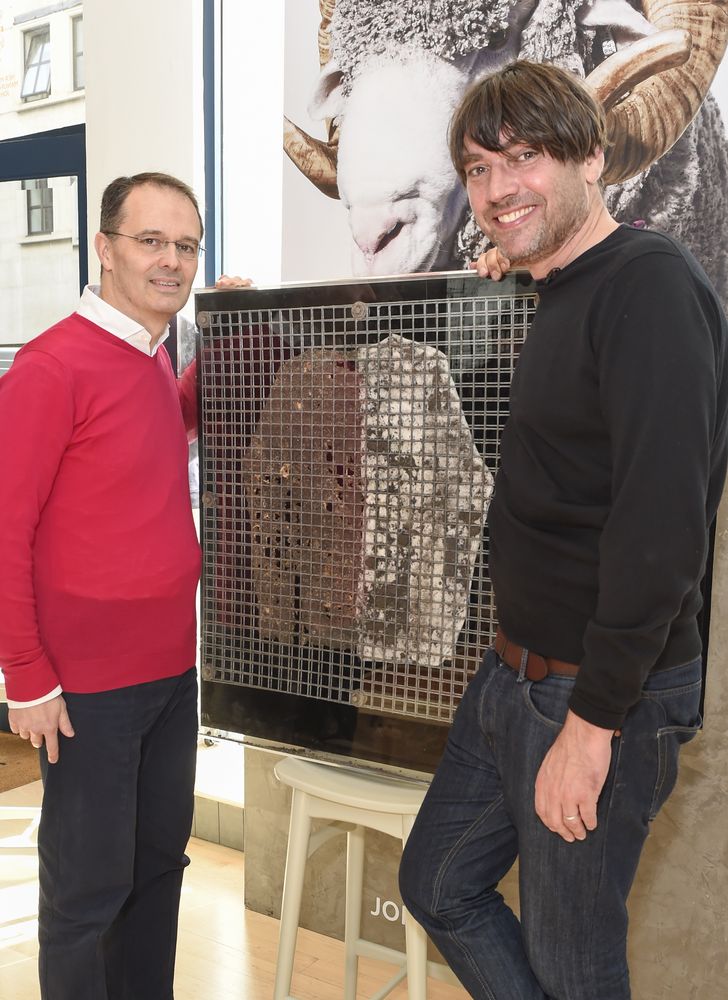 Photo: John Smedley
Ian Maclean, MD of John Smedley, and Alex James holding an installation of the sweater experiment, with the decomposed wool garment on the left.

To celebrate Wool Week, Alex James and John Smedley have teamed up to create a sweater in a limited run of 50 pieces. The garment, which is black with a Hollyhock purple neck trim and neck loop, is available to buy for £175 (retail) at John Smedley’s Brook Street and Jermyn Street stores and via its website. All profits will be donated to The Prince’s Trust charity.