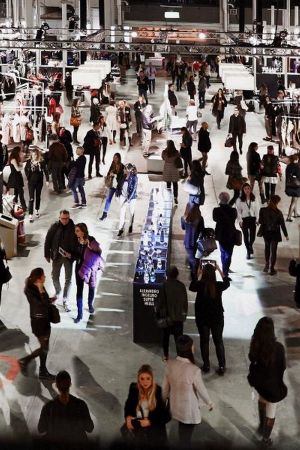 6,000 buyers visited the show during this edition
Stories

6,000 buyers visited the show; 18% more than the February 2013 edition which marked Super’s debut on the fashion trade fair scene. Taking a closer look, foreign buyers accounted for 20% of the total (around 1,200) maintaining the levels – in absolute and percentage terms – reached one year ago. The increase in the number of Asian buyers (mainly from Japan, China, South Korea and Hong Kong) has been one of the most significant trends of this edition. Among the European buyers, good numbers in terms of attendance were registered from United Kingdom, Switzerland, Holland, Spain, and Greece. There was a very good turnout from the two big “frontier” markets, Russia and Turkey. Also significant was a growth registered in terms of Italian visitors.

“We received lots of positive feedback during the three days of Super,” commented Agostino Poletto, Deputy General Manager of Pitti Immagine and director of the project. “Once again, the buyers have given high ratings to the collections we are presenting (there were 235 brands at this edition). They said that they found excellent product quality, image content, creativity and innovation, in the accessories, prêt-à-porter and capsule collections, and that the visit to the show was an excellent scouting experience and very important for their jobs.”

In addition to the 15 new talents presented within the Super Talents initiative, the event also showcased “Super Heels” by Alejandro Ingelmo – the young, admired shoe designer from New York. Also presented within the Super initiatives there was “The Green Closet”, a project organized by UK Trade & Investment and the General British Consulate, showcasing a selection of environmentally sustainable fashion selection and design items, all Made in Great Britain.