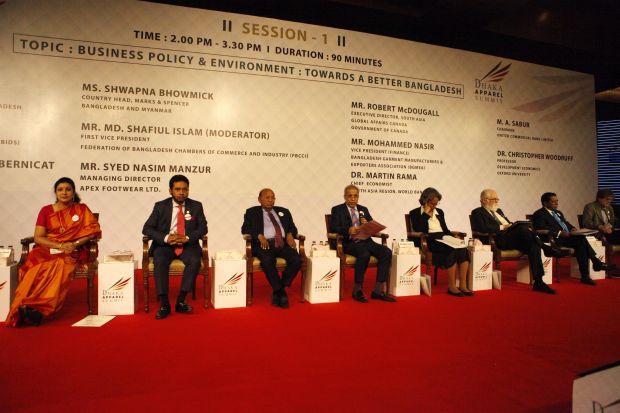 Bangladesh: The near-boycott of international buyers caused a drawback

by Siddique Islam — February 27, 2017
Until shortly before its start, the Dhaka Apparel Summit was on the brink: fashion companies like H&M, Inditex (Zara), C&A, Next and Tchibo, which account for billions of US dollars garment products purchases from Bangladeshi manufacturers annually, announced early the last week that they would not take part in the summit as a mark of protest against the arrest and harassment of workers.

But in the end the companies changed their minds and took part. “The retailers have finally changed their decisions as the government assured them that steps have been taken for the release of the detained workers and worker leaders, who were arrested at Ashulia for their alleged involvement in labour unrest in December 2016,” Mostafiz Uddin, a organizer and Founder of the Bangladesh Denim Expo, told the SPORTSWEAR INTERNATIONAL on Sunday.

“Actually, we have tried to create a platform through organising the summit to find out ways of coping with the upcoming challenges for the better future of country's apparel sector,” Mr. Mostafiz explained. 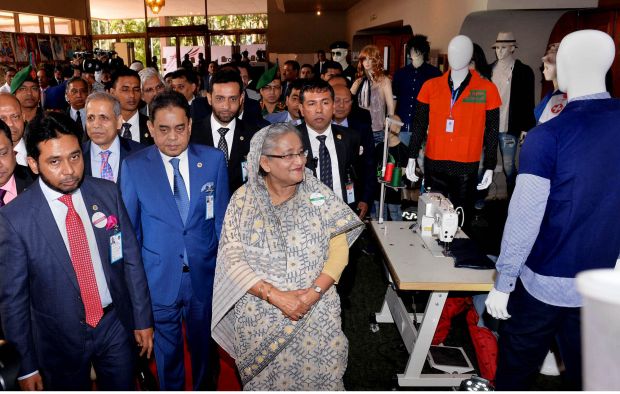 The majority of the 35 Bangladeshi unionists and garment workers arrested since December last year have been released, and the remaining should be released shortly, according to a statement, issued by IndustriALL Global Union on Friday.

The agreement was reached following an international campaign against the Bangladesh government’s crackdown on the labour movement, led by IndustriALL Global Union and UNI Global Union.

A tripartite agreement was reached on 23 February between IndustriALL Bangladesh Council (IBC), the Ministry of Labour and the BGMEA, providing the release of the majority of the arrested trade unionists and garment workers.

So, Prime Minister of Bangladesh Sheikh Hasina explained while inaugurating Dhaka Apparel Summit-2017 in the capital on Saturday: "Huge funds are required to overhaul the factories. So, various brands and buyers can come forward to assist the Bangladeshi factory owners.”

Highlighting the government's steps in developing the sector, Sheikh Hasina said a number of measures have already been taken at the international level to make the sector safe.

"Under the initiative, 3,869 factories have been inspected. Among those, faults have been found in only 39 factories and those were shut down. The remaining factories are being renovated to improve those safeties," she noted. 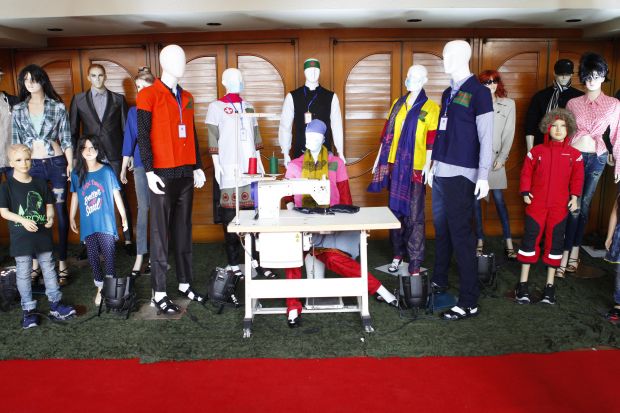 Bangladesh Garment Manufacturers and Exporters Association (BGMEA) in association with Bangladesh Apparel Exchange (BAE) organised the single day summit with the theme 'Together for a Better Tomorrow'.

The aim of the summit is to explore priority areas to turn Bangladeshi garment industry into a sustainable sector. The summit featured discussions on how to establish a more sustainable apparel supply chain and focused on setting the next course of action for achieving the US$50 billion export goal by 2021.

At the second edition of the summit held at Sonargaon Hotel in Dhaka, garment makers, business leaders, researchers, diplomats, ministers and other stakeholders discussed the future roadmap of Bangladesh's apparel sector.

They suggested all stakeholders, mainly global clothing brands and manufacturers, work together to ensure compliance, better prices and technology up-gradation and enhance productivity.

The speakers also observed that Bangladesh Taka (BDT) has become too much overvalued over the years and some depreciation against the US dollar (USD) is necessary for making the country's exports more competitive.

US Ambassador to Bangladesh Marcia Bernicat said although significant progress has been made in terms of safety inspections and remediation of readymade garment (RMG) factories, mediation effort has stalled especially in factories outside the purview of relevant agencies like Alliance for Bangladesh Worker Safety or The Bangladesh Accord.

"All RMG stakeholders must reinvigorate their effort to establish a consistent and sustainable inspection and enforcement regime," she noted.

Product diversification and shorter lead time to ship products to the export desalination is one of the keys to grow export earnings of Bangladesh, according to Shwapna Bhowmick, country head of Marks and Spencer in Bangladesh and Myanmar. “The manufacturers have to come out of their traditional thinking.”

About the worker rights, Ambassador of the Netherlands to Bangladesh Leoni Margaretha Cuelenaere said the workers should be able to make their complaints without risking their job. “They should be free to organise themselves and exercise their rights. This is a precondition for a healthy working environment.” 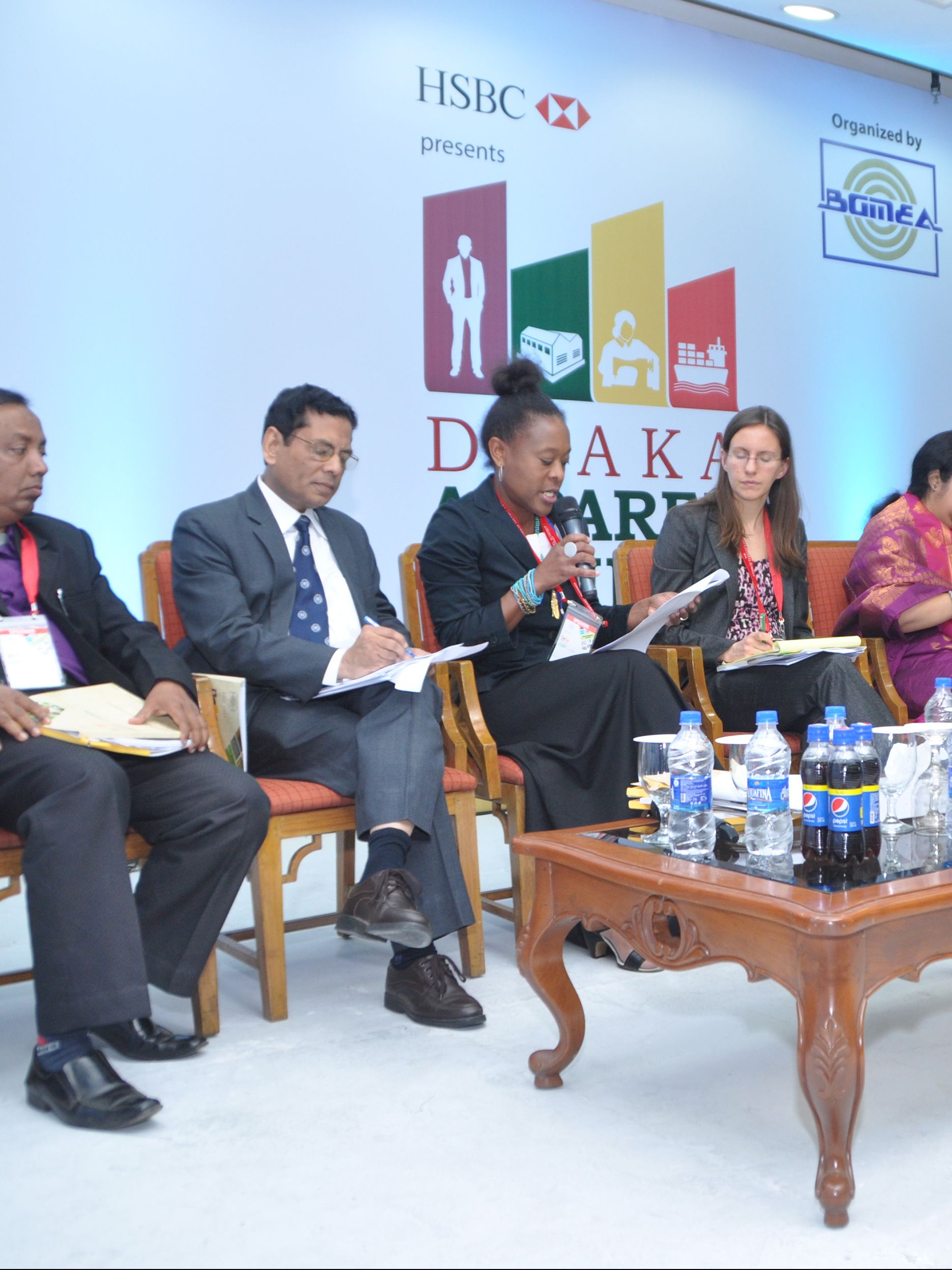 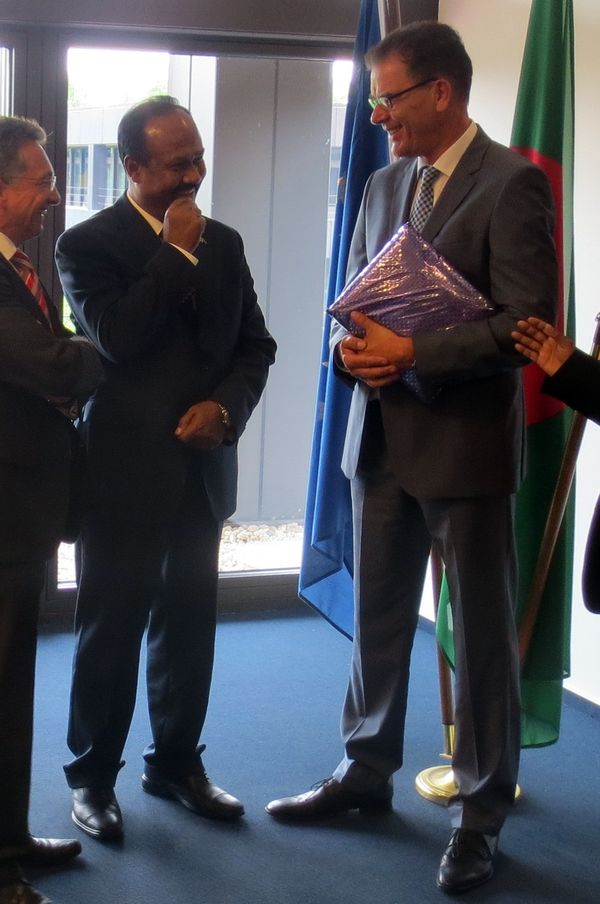