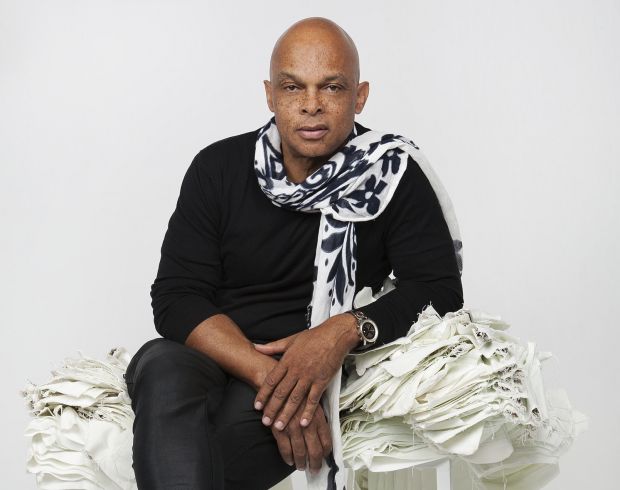 Carl Jones, Cross Colours: “Trump has been good for our business”

“Clothing without prejudice”–what sounds like the most contemporary claim ever has been the message of US streetwear brand Cross Colours from its beginning in 1989. Founded by Carl Jones and TJ Walker in Los Angeles as a clothing brand for “all people with a street point of view” Cross Colours had its ups and downs: From being one of the most popular street labels in the early ’90s worn by sports and music heavyweights such as Muhammad Ali, Snoop Dogg, Tupac, Will Smith and Magic Johnson the hype faded away as quickly as it had started.

Since 2014 Cross Colours is back on the scene (the trademark is owned by Colours Licensing LLC, the licensing entity that is held by Carl Jones, TJ Walker and Mark Thomann) and since then has revived its popularity step by step, also thanks to keeping a strong connection to the music world (and appearances by the likes of Bruno Mars, Cardi B or Rihanna sporting outfits of the brand on and off stage). 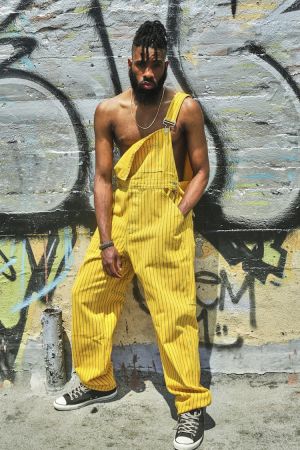 Open gallery →
Now Cross Colours has the international expansion on the agenda and together with Amsterdam-based distribution partner Martens Group reaches for the UK, Germany and Italy among others.

We met co-founder Carl Jones at the occasion of the brand’s first appearance at Seek trade show in Berlin and had a chat about the future of Cross Colours and its ongoing liaison with music and black culture.

Well, yes, but we do not promote anniversaries whatsoever. I think that young people do not really care about a brand’s anniversary. They are rather into Cross Colours because it is original streetwear. That’s what fascinates them. And because we have been one of the first clothing brands addressing to black culture.

Do you remember what that was like in the ’90s?

We founded Cross Colours in 1989 and then showed at Magic trade show in Las Vegas in 1990. It was really outstanding because you have to understand that back then the fashion industry was mainly a white business. So jumping in there with a brand addressing to black culture and establishing it in the market successfully was our biggest achievement ever.

Still, did it feel awkward for you from being an outsider in the white game to all of a sudden being embraced because people felt they could make money with Cross Colours?

No, it didn’t. It was fine. We don’t have any regrets. We just love people, always did, and we were happy to make this contribution to the fashion industry.

How much did it help that basically all the big names in hip-hop music wore Cross Colours?

Actually, the hype started when Will Smith wore Cross Colours in The Fresh Prince of Bel-Air. Then someone in our team had close connections to the music industry, and so all of a sudden we had all of the rappers walking into our office, Tupac, Dr. Dre, Snoop Dogg....

After the hype came a difficult period... was the main reason that one of your major clients, the Merry-Go-Round clothing chain, suddenly went into bankruptcy?

Yes, that was for sure one of the reasons why we basically stopped the brand. But it was the mid-’90s and there were so many other new brands around just as Sean John or Phat Farm that made it even more difficult. All of a sudden there was so much product in the market, a lot also sold at discounters–by the way that was something we never did. So in the end we said: “Come on, let’s take a break.” 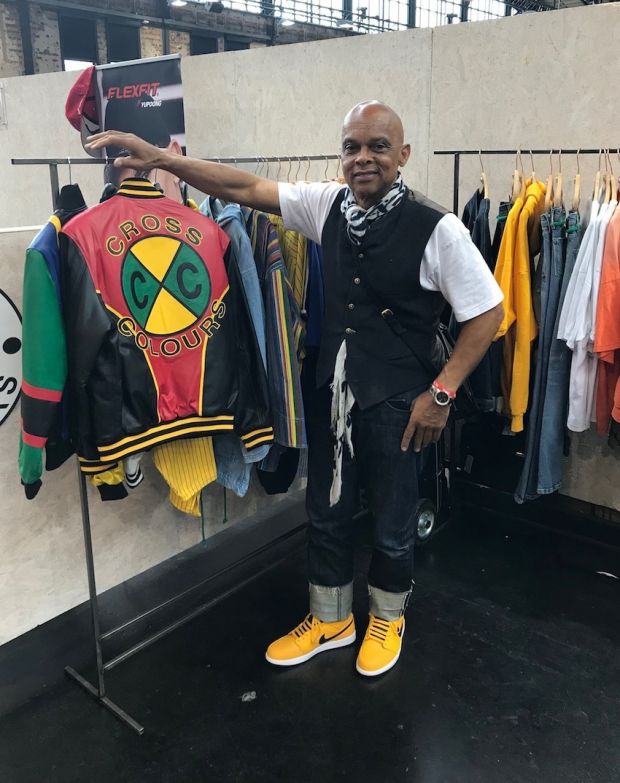 Photo: SI Team
Meeting Carl Jones at the Cross Colours booth during Seek trade show
How come you restarted in 2014?

I was running my jeans brand BleuLab when about four years ago Urban Outfitters approached me and wanted to start selling Cross Colours again. So I felt, if a renowned retailer such as Urban Outfitters believes in the brand, we should go for it. It also helps that we see the revival of other ’90s brands such as Tommy.

So since 2014 we have build up business again step by step in the States, launched in Japan and Hong Kong and now started the expansion in Europe together with our distribution partner Martens Group.

What has remained is your connection to the music world...

Yes, but it’s still important that the brand aligns with the artist. It was great of course when Bruno Mars performed in Cross Colours at the 2018 Grammys. Music artists are still tastemakers, and who would have known that hip-hop would ever become the biggest music genre in the USA, even bigger than rock music? So yes, we keep that connection and also work with artists that we feel match to our brand. It does not only have to be hip-hop or black artists. For example currently we collaborate with singer Billie Eilish. In fact, our claim “Clothing without Prejudice” is more inclusive than ever. I even think that Donald Trump has been good for our business: he is all about separating people, while we bring people together. 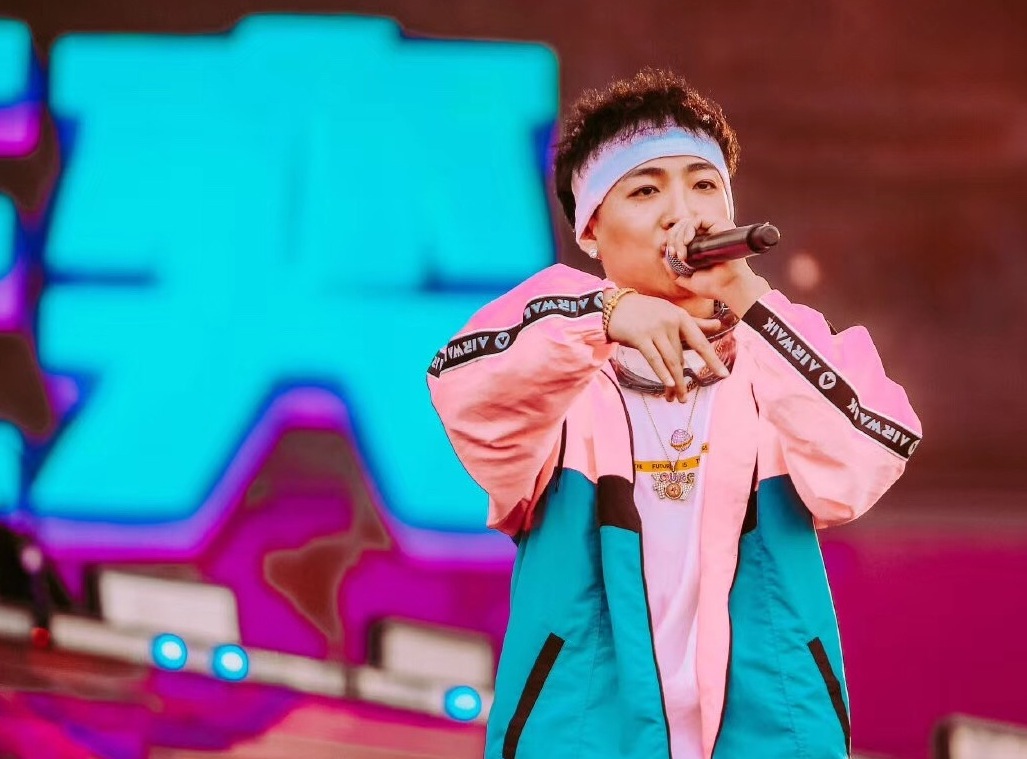 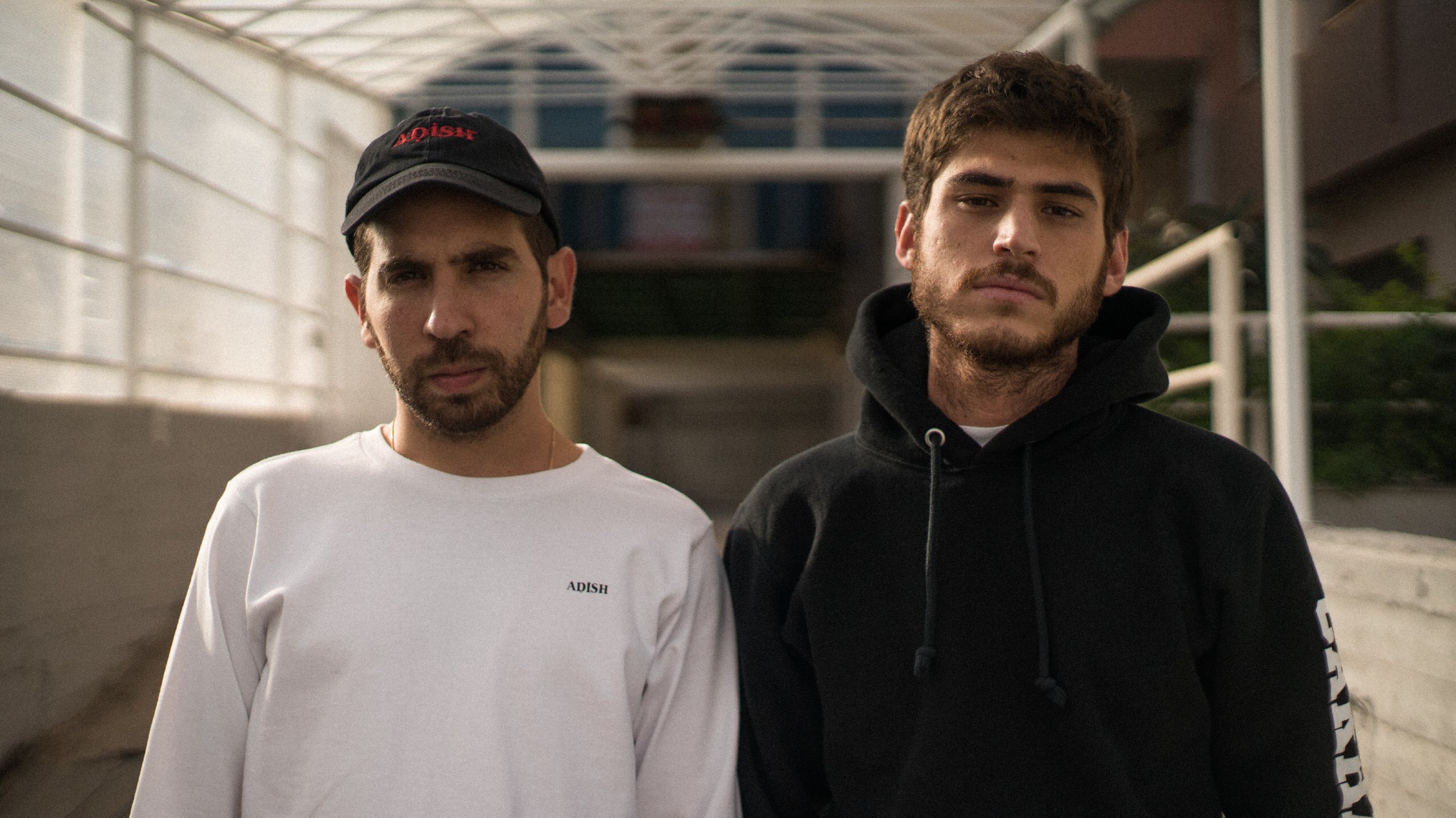 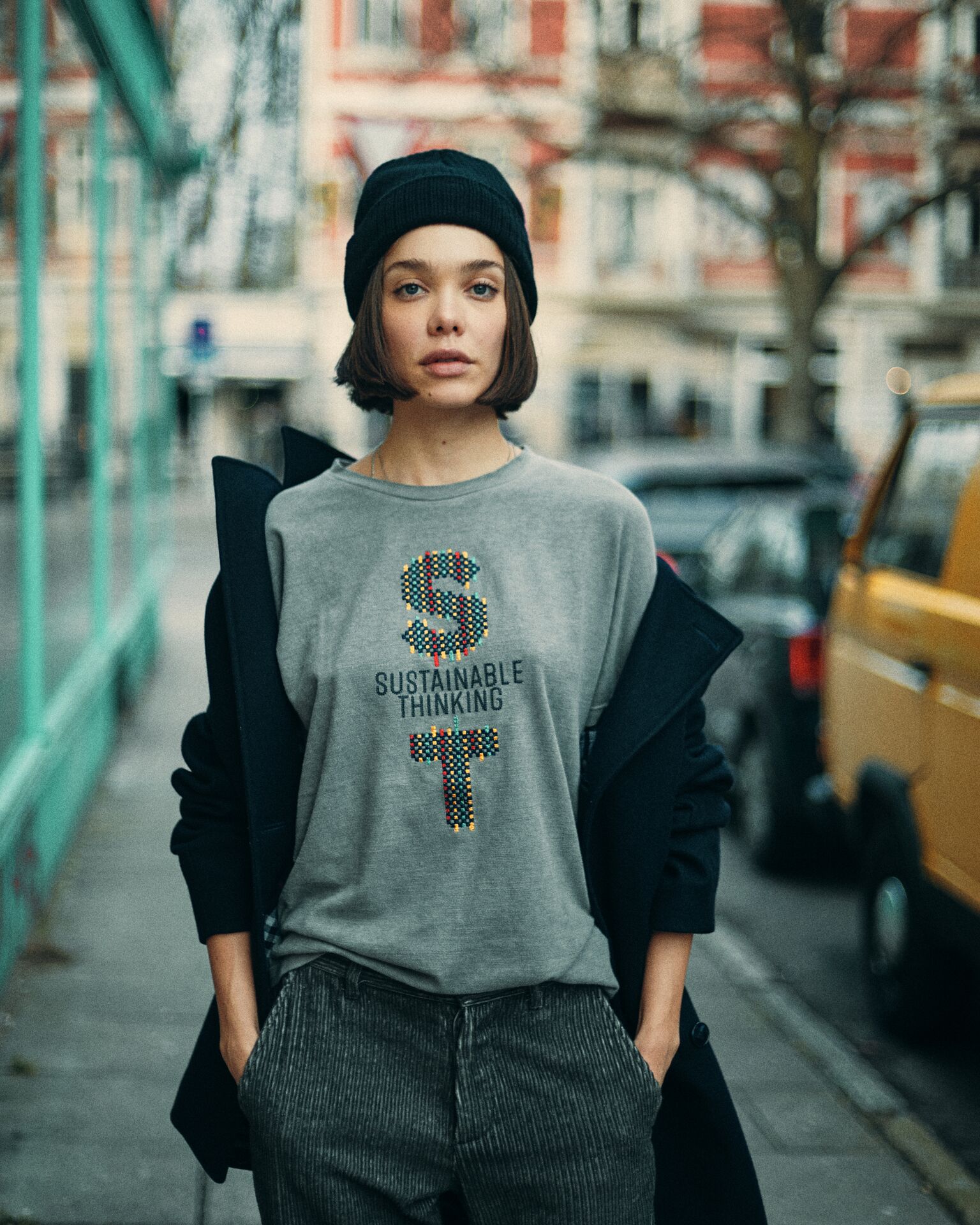 The next WSM-White Street Market is evolving 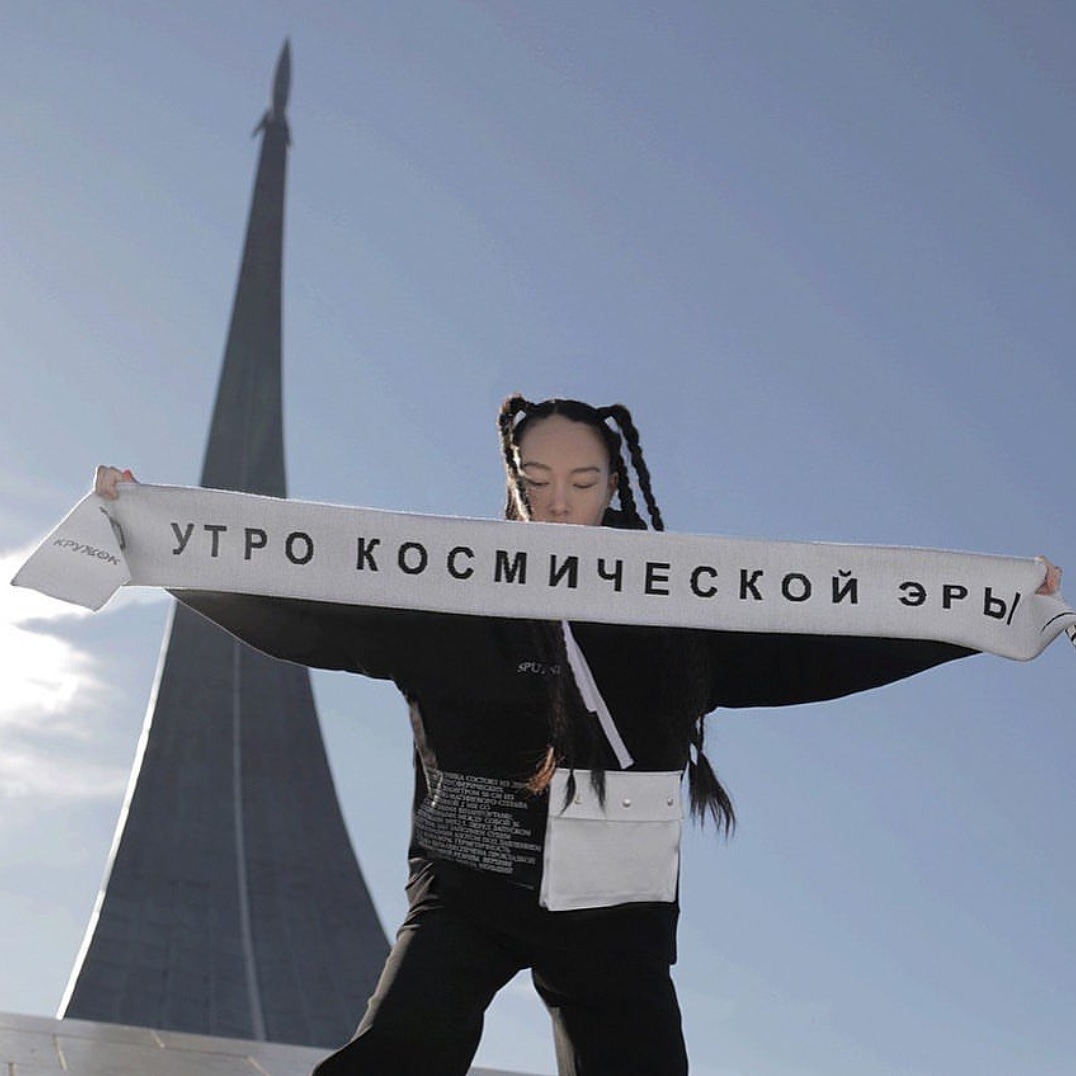 Kollektiv: From Russia with style