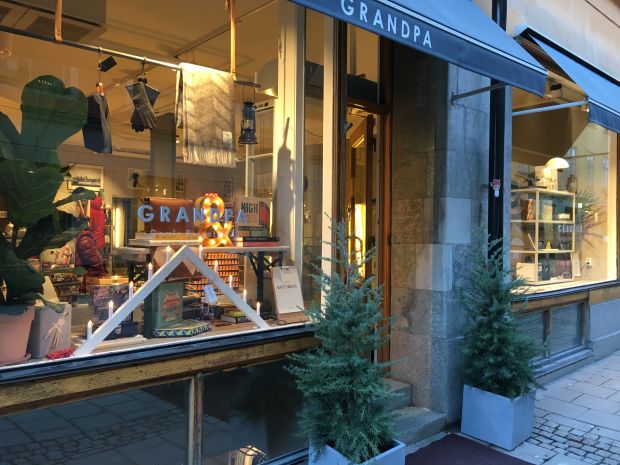 Multibrand indie retailer Grandpa opened its third Stockholm store last spring on Gamla Brogatan in the city center of Stockholm. In so doing, it has helped to reinvigorate a slumbering shopping street that had its heyday in the ’60s.  Other businesses that line the pedestrian stretch include Sko Uno, Juiceverket, HTL, Kött & Fiskbaren. Multibrand men’s concept Volt is due to land at the end of February 2017 and Dr. Denim will follow suit later this spring.

As for Grandpa’s shop, it’s divided across two floors and caters for both men and women. In true concept store fashion, it offers all manner of lifestyle product including magazines, books, stationery, design objects as well as an extensive range of apparel served up by names including Hope, Neuw, Dr. Martens, Ganni, Sarva, Patagonia and Gant Rugger.