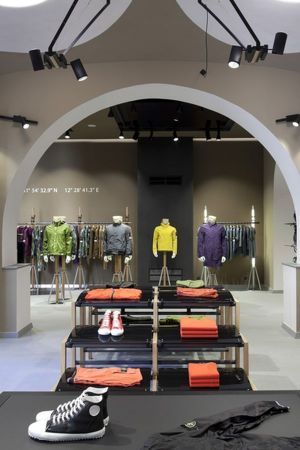 by Maria Cristina Pavarini — April 02, 2015
Stone Island has recently moved its Rome flagship store to Via del Babuino 174, the same street the previous flagship was located on.

Mirror-effect and industrial felt shelves with modules similar to those used for sailing boats are juxtaposed to stone floors, completed with copper and steel inserts and stylized elements reminding of the wind rose, the brand’s own logo. 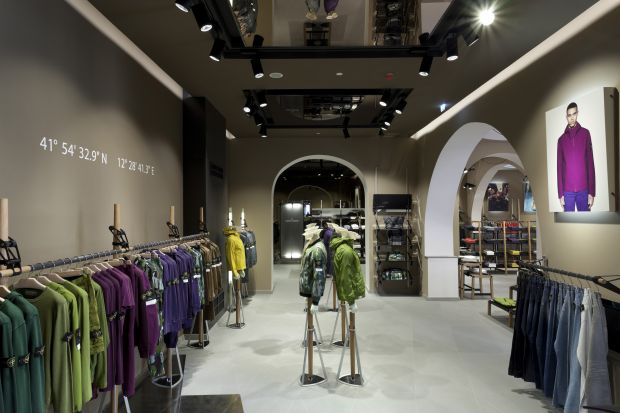 Impression of the Stone Island store in Rome


Stone Island will also open a new store in Amsterdam, after the recent opening in Antwerp in Schuttershofstraat. The new Amsterdam store will open in P.C. Hooftstraat 37, major shopping street of Amsterdam.

Considering orders for 2015, they registered a 7-8% growth compared to the previous orders. Leading this growth are European markets with UK, Germany and the Netherlands that registered a +10% growth if compared with 2014. Italy and overseas countries registered a +4% growth.