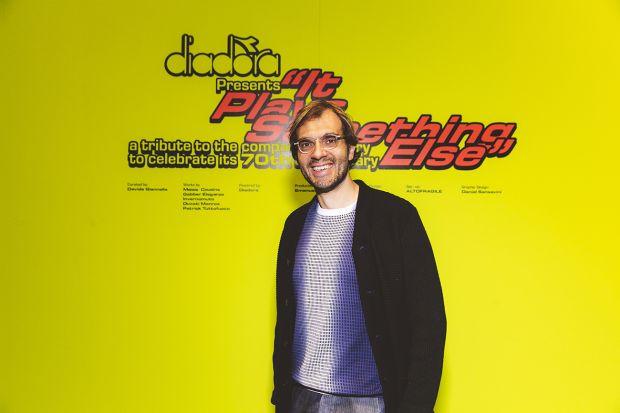 Enrico Moretti Polegato, Diadora: “We are smaller and closer to people than the giants”

Diadora, the traditional Italian sportswear brand had its moment at the January 2019 edition of Pitti Uomo in Florence. The company that started in 1948 with a small production of mountain and working boots celebrated its 70th birthday with a group show of young upcoming artist interpreting the word “speed” in pictures, films, sound installations and sculptures. The exhibition was shown at Stazione Leopolda in Florence and followed by a big party in the evening. 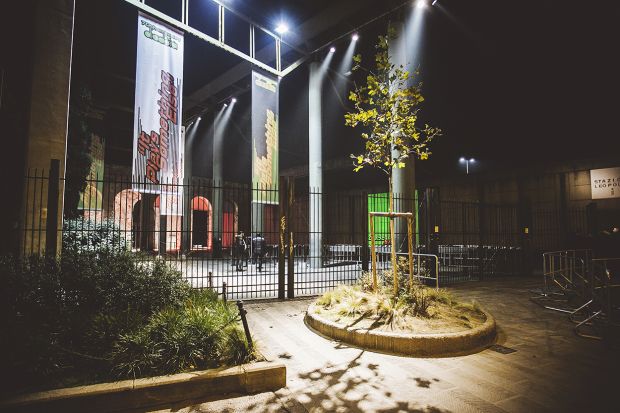 Nowadays Diadora is distributed in 68 countries around the globe. We met Enrico Moretti Polegato, member of the famous Moretti Polegato family who bought the brand in 2009, at the former railway station Leopolda a couple of hours before the big celebration started. 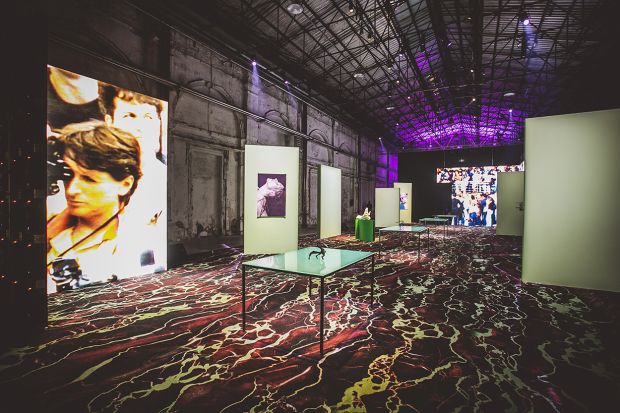 Enrico, Diadora is not only having its 70th anniversary, it is also a jubilee for you: For one decade you are working at the company. Looking back: What is the conclusion for the brand after 70 years? And what is your personal conclusion after 10 years leading the brand?

My personal impression is even more positive than I thought it would be when we took over the company in 2009. At that time I saw that the brand had a huge potential due to its history and its message as a traditional sportswear brand. Representing the Italian know-how in the world of sports brought back a lot of customers to us, who felt part of our history.

Why did you buy the brand in 2009 and what was your vision?

There were three main reasons why I decided to take over the company and to start the relaunch as a personal challenge with my team. The first one was that Diadora represented a lot in the history of our territory and in the history of Italian sports. The other options would have been that Diadora would have been lost in bankruptcy or taken over by an investor. I wanted to avoid this in any case. Secondly I always knew that Diadora was in difficulties, but I also felt that the difficulties did not spill at Diadora as a brand. The brand itself was clean. Maybe invisible, but untouched.

Thirdly it was a period of changes for myself. After studying law at university I worked in a legal company without being in the family business, I felt it was a good idea to start something on my own, but as part of the family. Diadora seemed to be the perfect playfield.

In the early days, Diadora was one of the first companies in Italy that worked with celebrities as testimonials. Björn Borg was one of the best-known sport stars in the ’70s. How did his collab come across and how did it change the destiny of the company?

Working with a testimonial in our business can have two different aspects. Sports people as testimonials have a special impact. I would not believe in sports people as ambassadors, to show off the brand and the logo itself, without a coherent and consistent message being communicated. So the sports person apart from being a mannequin and a communicator can also test and evaluate the products in extreme conditions and can give a feedback to the market in order to provide information that helps improve the products. If the product works for a professional it will also work for a normal consumer.

If we are talking about lifestyle ambassadors and testimonials I do believe in influencers, but not as influencers who try to teach people how to dress, but who give a more complete feel and touch of what the brand is. These people support the environment of the brand, they help people to identify and include with Diadora.

Concerning Björn Borg, I know that it was a bet. After being beaten by Björn Borg, Ilie Nastase said that Borg didn’t play tennis–he played something else. Nastase meant that Borg was kind of an extraterrestrial player. So his reputation was incredibly high at that time and Diadora had to be courageous and self-confident to get in touch with him. It was real challenge for them, a jump in the dark, as they needed to catch up with the level of this extraordinary player. In the end this move brought Diadora to the Olympus–not of the brands, but of the icons.

Who is your testimonial nowadays? Who would you like to work with?

Well we are working with lots of influencers now in order to spread our message within the social media. Tonight when we inaugurate the exhibition some of our influencers from the world of fashion and the world of music will be here.

How do you get the connection to the relevant people in the world of arts and music?

I select them personally. They have to be consistent with the message of the brand in sports, inclusivity and Italian craftsmanship. It they are believable, they can be part of our team.

You rebuilt the old production of Diadora and nowadays you produce a part of the shoes in Montebelluna. How much of the production is made in Italy, how much is made abroad and where?

The production in Italy is about 7% to 8% of our total production. Part of it is made in our very own production line inside the company, in Montebelluna. The other 92% are spread all over the world from Europe to Asia, depending on the know-how of the companies.

Our own production is not industrial, rather handmade and slow. We use it to produce very small lines and collabs. The peculiarity is that we use machines that date back to the ’80s. They require manual treatment and the touch and feel is more artisanal than industrial.

Similar to other big sportswear brands, your portfolio of products is quite wide concerning prices. There is a commercial and more affordable part and a more exclusive Heritage collection. How is the percentage of the two parts? Which one is more important? Which one would you like to grow?

We push both of them. We communicate directly to different kind of target groups as we want to be inclusive to all of the people out there.

You have a lot of very strong competitors from the US and from Germany. How do you approach this very tough market?  What is different and better at Diadora compared to Nike or Adidas?

We try to do things differently, that why we are here with an art exhibition to celebrate our 70th anniversary. We put an emphasis on being special. We are smaller and closer to people than the giants. And we are the only ones who can talk about Italian style and craftsmanship when it comes to sportswear.

Part of your collection is about fashion, the other part is more functional. Which direction are you planning to go for the forthcoming seasons?

That depends on the trends. But we are not only following them. We will always stick to our roots.

Last year you launched a new tennis line and put a lot of effort in this collection. What was the idea behind it? Do you think tennis will grow in the next couple of years?

Yes, we strongly believe in tennis, and also in running and soccer. Tennis will have a revival, not only as a sport, but also as a lifestyle.

For next winter you suggest some styles that are very much inspired by the ’90s. Is this a big trend in Italy? Or do you consider it a worldwide trend?

Yes, here at the Pitti Uomo we show a lot of ’90s styles and we strongly believe in the comeback of the clubbing scene from that decade, not only for shoes and soles, but also for garments.

What are your plans for the forthcoming ten years?

We are not just talking about numbers, when we are trying to realize our dreams. We just want to be a relevant brand in the world of sports.

Enrico Moretti Polegato is president and CEO of the Italian sport brand Diadora. For more than 70 years, Diadora has developed and marketed products both for competitive sports and for non-athletic and leisure activities. Founded in 1948 in Caerano di San Marco (Treviso), Diadora is currently present in more than 68 countries. Since July 2009 Diadora has been controlled by L.I.R., holding company owned by the Moretti Polegato family.

Since 2008, Enrico Moretti Polegato has also been vice president of Geox SpA.

Born in Asolo (Treviso) in 1981, Enrico Moretti Polegato earned a law degree from the University of Padua. In 2008 he became a member of the bar.

Since 2004, after working first for the legal office and then for the investor relations and internal auditing office, he has been on the board of directors of Geox. 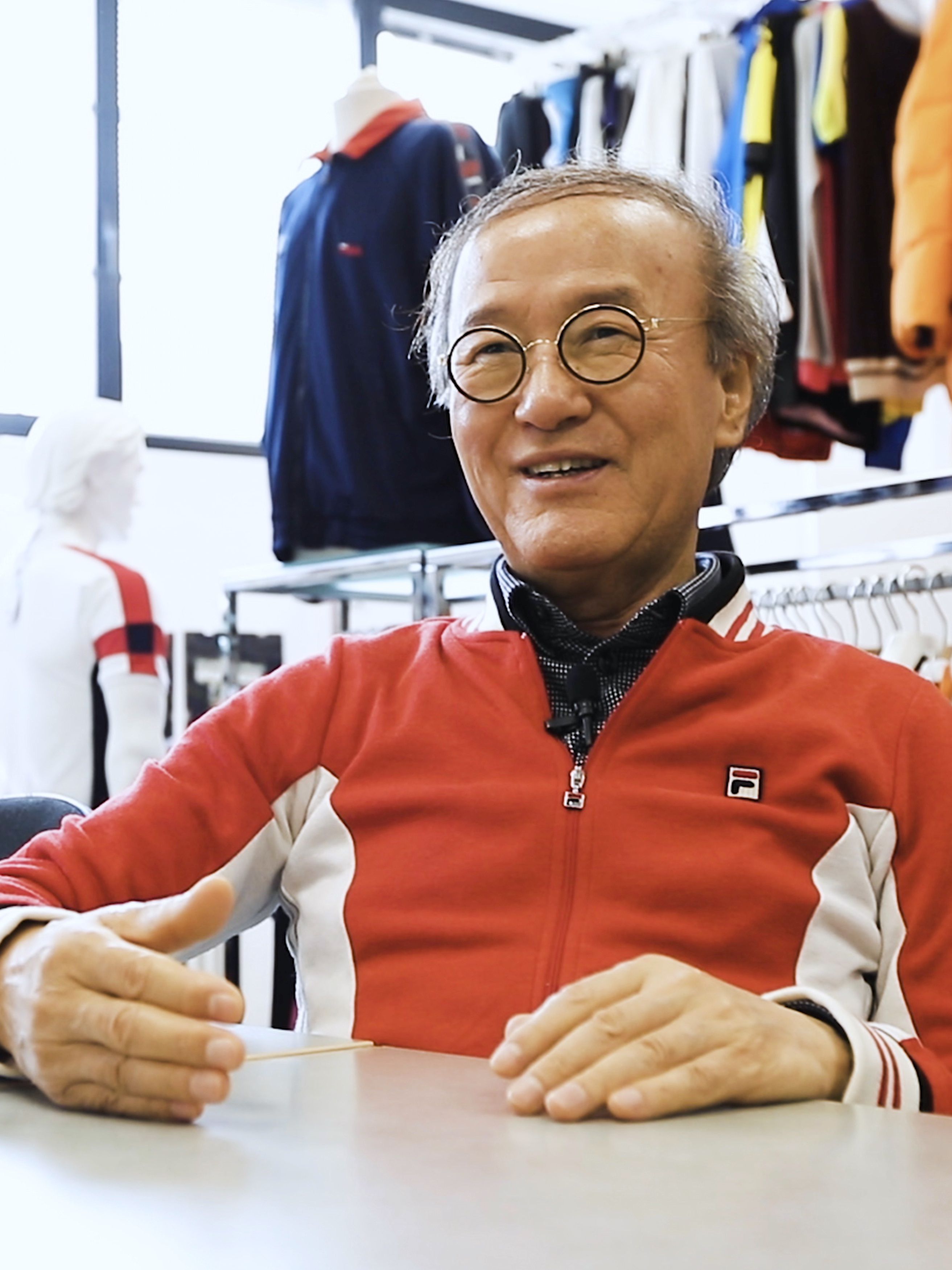 While designers go sportswear, Fila bets on catwalks: Is “upside down” the new trend? 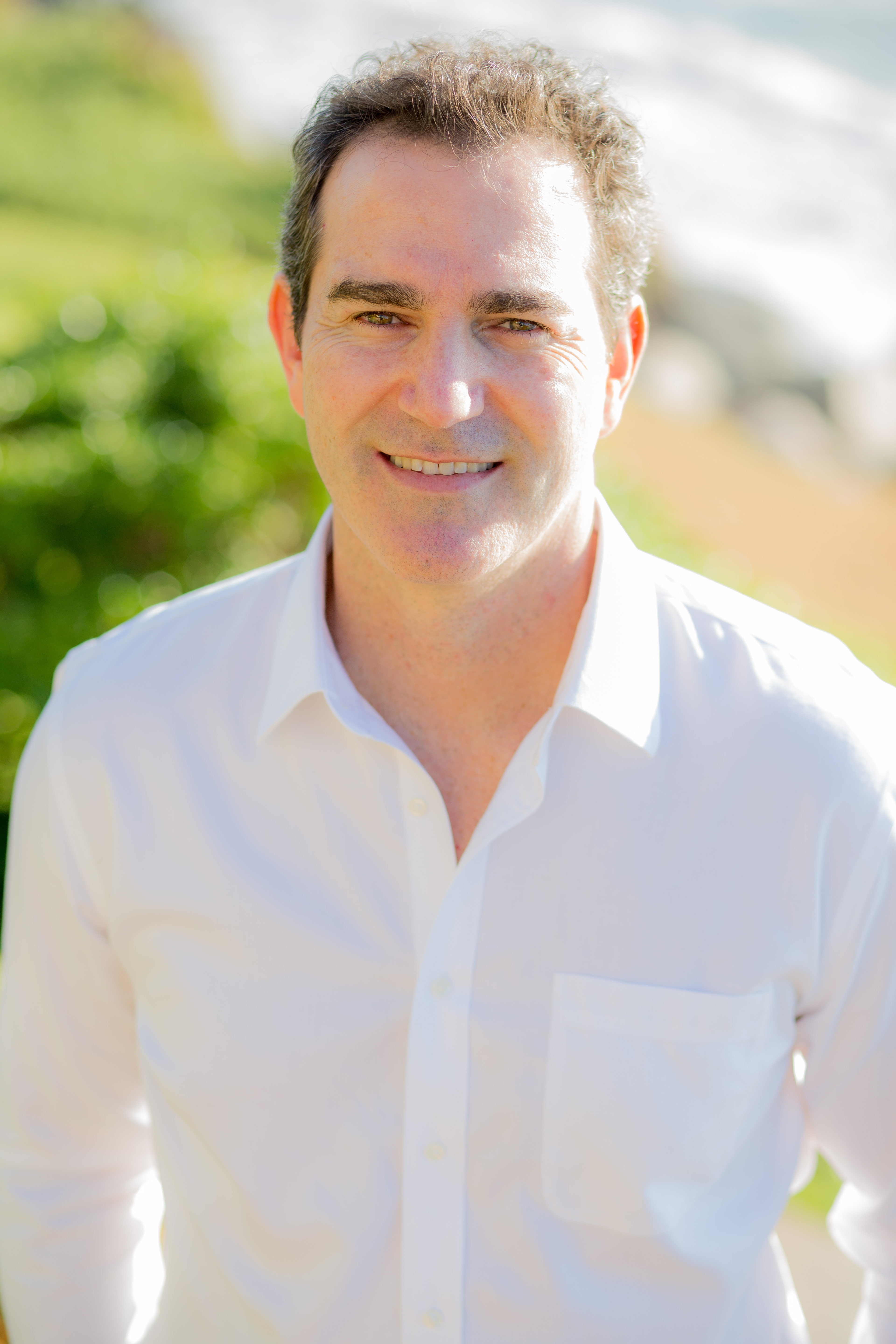 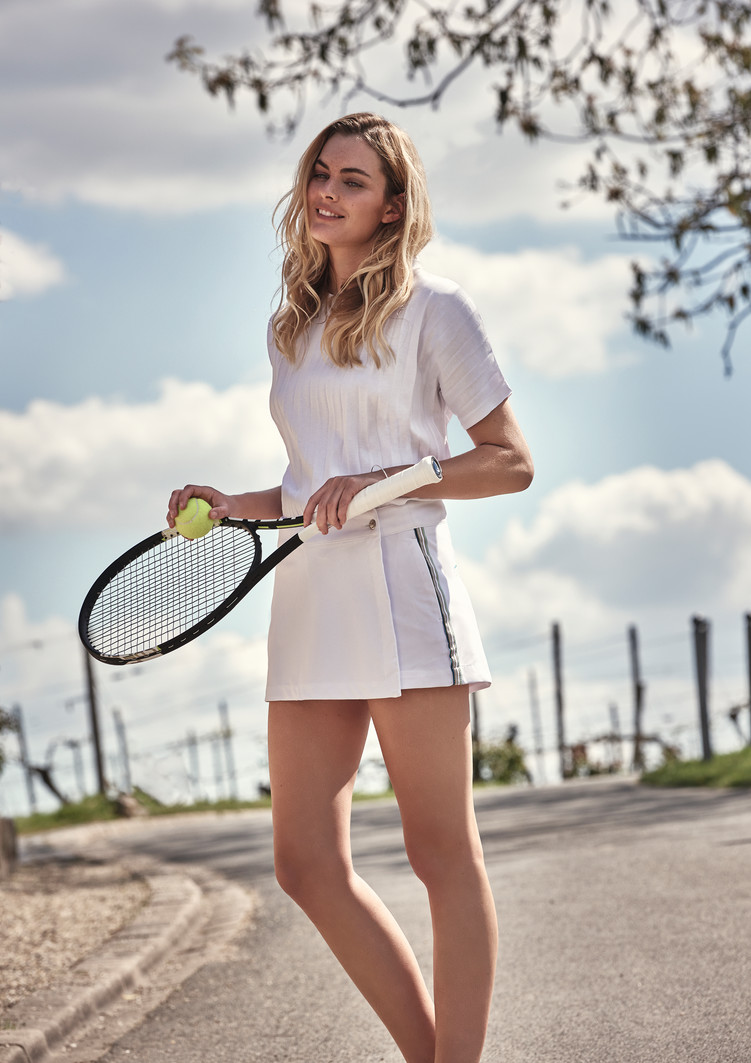