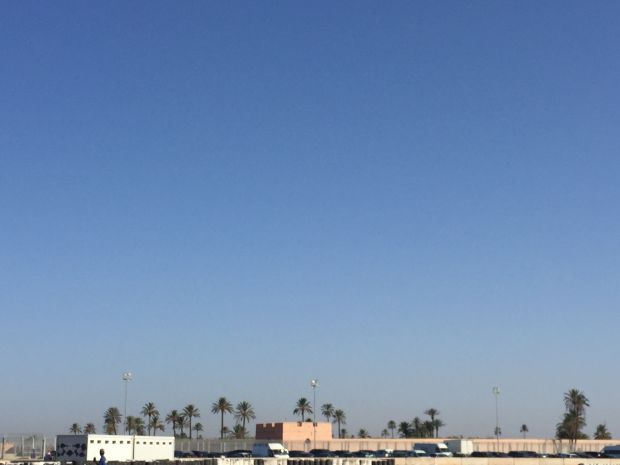 One billion of pieces produced per year by 175,000 employees (30% of all industrial jobs nationwide) in 1,600 local companies, 31.4 billion Moroccan Dirham (ca.€31 bn) of exports in 2015 (marking 24% of the country’s total exports) – the textile industry is one of Morocco’s most powerful economic segments and Europe’s seventh largest textile supplier (after China, Bangladesh, Turkey, India, Cambodia and Vietnam). And AMITH, the Moroccan textile union, has ambitious plans to expand that: By 2025, it wants to have Morocco positioned as the biggest player in the textile industry across the African continent and the second one by the Mediterranean. 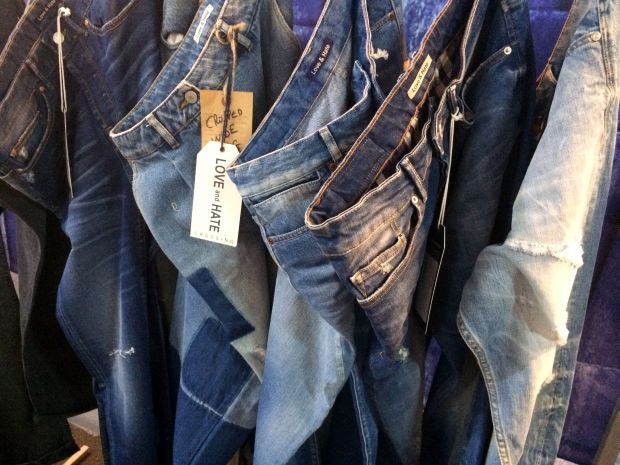 These objectives were eagerly demonstrated during the most recent two-day edition of sourcing fair Maroc in Mode. Held for the second time at the venue of Marrakech’s Touring Car Championships (after having been moved there from its former home in Casablanca, all in efforts to make the show more attractive to potential visitors), the fair gathered almost 100 exhibitors. What might feel small at a glance in the classic “trade fair” sense, where companies mainly demonstrate their products and services, turned out to be much more a talkative meeting platform that stimulated exchange amongst all parties. The event brought together stakeholders of the whole textile chain: From fabric makers or importers to trim and accessory suppliers (such as zipper heavyweight YKK), garment manufacturers, finishers and laundries to visiting buyers of brands, private labels and retail chains. 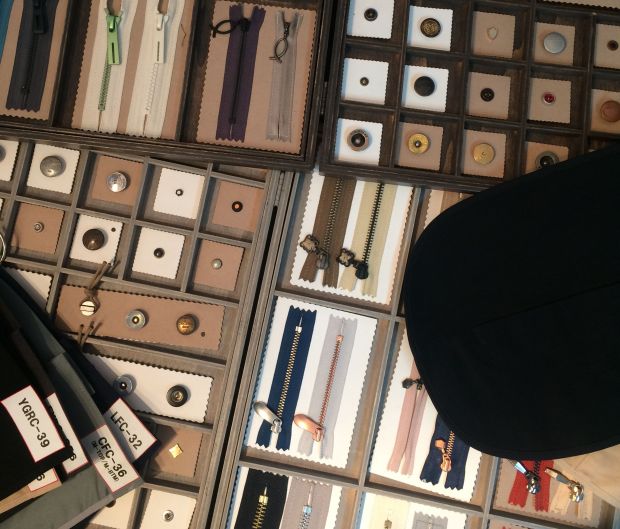 The biggest area was dedicated to “fast fashion”, highlighting Morocco’s striking advantage as a manufacturing base for European brands (in comparison to Asian suppliers): closeness and speed.

Each one of the exhibitors was having their very own business model, reaching from very specialized to fully integrated service concepts.

Chemitex from Belgium imports ca. 200 millions of meters of fabric from India, Pakistan, China and Indonesia each year to sell it all over Europe. They came to Maroc in Mode to meet both manufacturers and fast fashion brands from Europe (mainly Spain) or Morocco to introduce them to their cotton-spandex, cotton popeline, linen or polyester fabrics. 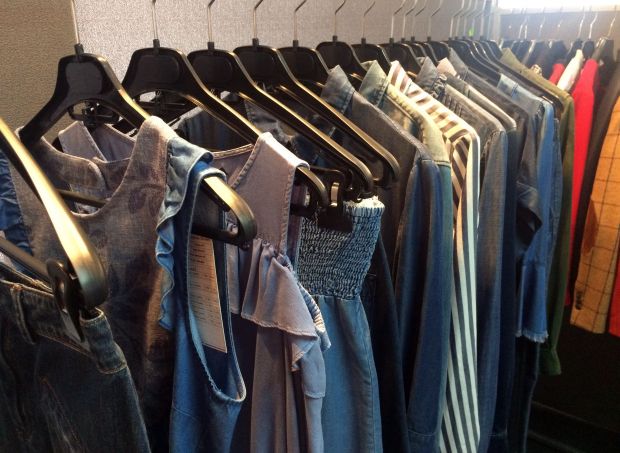 Vita Couture runs three sewing factories and (newly) one washing/dying plant in Tanger and Casablanca. Being the third biggest Moroccan supplier for Inditex (according to own words), the group also works for El Corte Inglés or Promod and does so in two ways – either offering ready-made collection pieces or trying to fulfill their customers’ designs with their own sourcing. “We are remarking that several companies move their production back to Europe for fast fashion. China is just too far away, from Tanger we have lead times of three weeks until an ordered piece hangs in a store in Spain”, said Mohamed Benajiba, Managing Director Vita Couture. 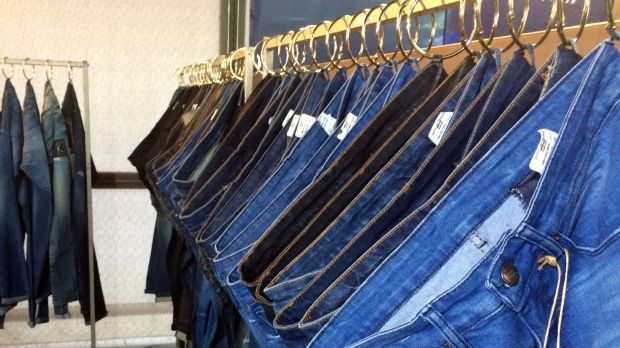 The second biggest segment was dedicated to Morocco’s growing denim industry. Also here, many of the exhibiting local and international companies are offering both ready designs and the plain manufacturing or fabric providing process, amongst these Moroccan firms Lavasser, Modaland, Active Line or Crossing. An aspect mentioned by a visiting private label buyer is that Turkey wins over Morocco as a jeans manufacturer as the country is home to many more specialized denim fabric makers too – making it possible to have extremely short lead times and simple work flows. On the fair ground, Tavex und Mafaco were the only local producers of denim fabrics. But there were also international suppliers such as Kilim Denim from Turkey or Denim Division from Hong-Kong, who mentioned import duties as their biggest issue when working with customers in the EUROMED zone.

Denim innovation came in the shape of Tavex’ T-flow fabrics, a line of fluid, soft and light denims, especially designed to render maximum freedom of movement and comfort in flared and looser cut jeans shapes. Also denim manufacturer Active Line from Casablanca had a few innovative ideas on offer. Their development manager, Fernando Gregorio, is certain: “Every four to five weeks, you need to show your customer something new, you need to offer them something! This is the way to receive orders.” One of his ideas that he is currently trying to get a patent for is a technique where a colored thread is used for a special dying effect in denim. Another innovation is an elastic, pilling-free polyester thread that is perfect for the manufacturing of all powerstretch denims. Generally, Gregorio and his team were showcasing a very trend-oriented and original offer, proving their sophisticated and inventive ideas for denim manufacturing and construction. 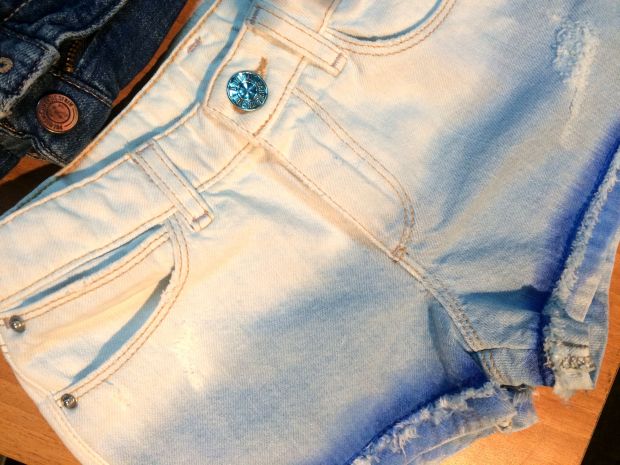 Many of the exhibiting Moroccan denim companies are part of the 2014-build Moroccan Denim Cluster (MDC), a very interesting non-profit organization aiming to drive collaborative projects in the Moroccan denim and sportswear industry, funded by AMITH and the Ministry of Industry, Trade, Investment and the Digital Economy. In its most recent project, the MDC has created a line of recycled denim clothing together with students of the Casa Moda University in Casablanca, which will be introduced at Denim By PV in Paris next week. Amongst the MDC members are local weavers, clothing manufacturers, washers, accessories manufacturers as well as training institutes and fashion schools, the technical center of textile and clothing (CTTH) and the promotion organization Maroc Export. 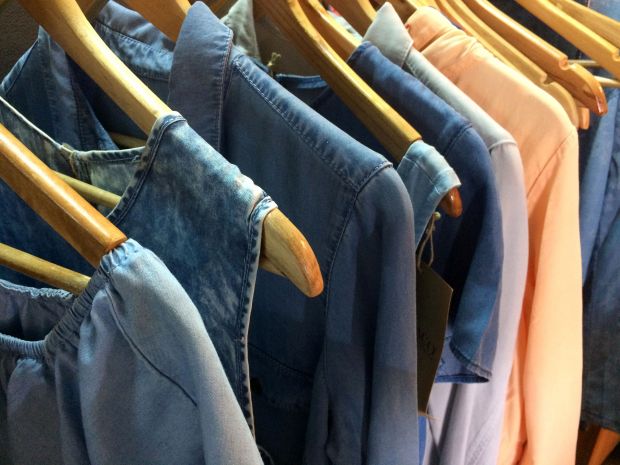 The Cluster is somewhat exemplary for the idea of cooperation that the different stakeholders in the Moroccan textile industry are pushing forward these days. In their press conference, both Mohamed Tazi, general director of AMITH and Gildas Minvielle of the Institut Français de la Mode (IFM) highlighted how so-called “locomotives”, supportive team-ups between companies, shall help to create new jobs in the textile industry and boost export numbers.

With such collaborative thinking, a lot can be reached in the Moroccan textile industry. Also, the involvement of institutional unions such as Maroc Export or the Moroccan Investment Development Agency AMDI helps. Also, the current political situation in competing manufacturing spots such as Turkey or Tunisia might benefit Morocco as a reliable production hub. But when realistically aiming to reach the textile union’s ambitious goals, a lot remains to be done. 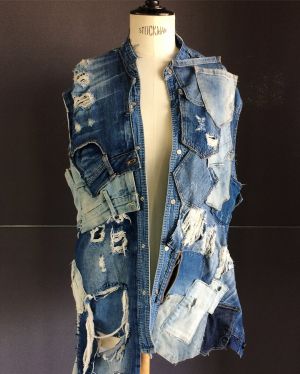 So why should you source (denims) in Morocco? Here’s an overview of reasons.