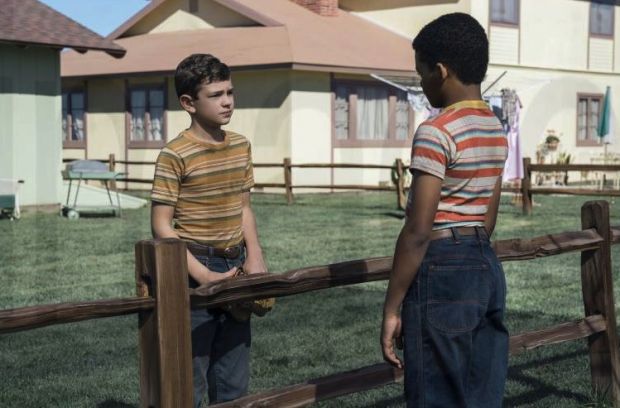 Denim & Segregation: 'I stopped caring about the insults'

Racism has been a central social issue not only since the Black Lives Matter Movement received great attention this year. However, it is not much talked about in the fashion and denim industry.

Amy Leverton, founder of denim platform Denim Dudes and longtime denim expert and consultant, wants to change that: Last week with Denim Dudes she hosted an important discussion on Zoom regarding the subject of race and segregation within the denim industry.


Read some of the key statements of the panelists:

April Walker:
"I think there’s a lot of creative looting going on in the fashion industry. It becomes mainstream when someone that doesn’t look like us makes the things that we’re making. Then it’s for everyone."

Alyasha Owerka-Moore on ‘Urban’:
"Racism stems from resources and economics. So if you're a salesperson and this new burgeoning industry is happening and you don't want to take the time to understand what's going on, you're not looking for nuance. It doesn't matter if it's skateboarding or snowboarding or hip hop or denim or, you know, it could be could be a bunch of black skydivers! It doesn't matter. They're going to put it in one place and call it urban, which is code-word for Black. It's an assumptive box and it's a lazy, racist box because it's just an easy way to put us all in the same place to sell stuff back to us."

Donwan Harrell on PRPS:
"I wanted to create something that was quite commercial; a luxury commercial line. And I felt like I had to create a company… and be the silent founder where the brand and the integrity of the product took precedence, just so that it would take off… and then bring my face to the table thereafter. The unfortunate thing is I had to do that. But the fortunate thing is it worked, I had to take this calculated backseat role just to get the brand to take off. It’s definitely eye opening throughout my career; how you are pocketed and subjugated to these groups. But you learn to work within the confines of how they pocket you, you know?"

TJ Walker on supporting Black owned brands:
"It might not be easy to find that black company that actually is doing a great job at what they do. But take the time and go through the internet, do whatever you need to do and find them. You know, do your homework… It's not easy but who said it was? Because it hasn't been easy for any of us."

April Walker on the future:
"I think that lateral cooperation creates vertical movement. And I think that there is more power together than us on our own; it's proven to be in our history. So we have to utilize that to empower each other in our stories."

More about the panelists:

Alyasha Owerka-Moore's resume is a true reflection of his prolific work as a skate and street pioneer. He has founded many brands such as Phat Farm, Alphanumeric and Fiberops and held senior positions at Droors and Dub. Aly is a true apparel legend who's cult status somehow still doesn't do his work justice.

April Walker has been in the fashion game since 1986 and started her urban lifestyle fashion brand, Walker Wear in 1992. Her work in the industry as a designer, entrepreneur, educator, disruptor and brand evangelist has gained her legendary status. In recent years she has re-launched her namesake brand and also created the April Walker scholarship grant in conjunction with Parsons and Yellowbrick learning.

Bobby Joseph was an integral part of FUBU from 1998 to 2003, creating and growing the Platinum sub brand to 200m+. His influence behind the scenes in the apparel industry is both trailblazing and accomplished, with his creative direction and brand strategy work influencing clients from LVMH and Nike to the New York Knicks. He recently launched his own namesake label.

TJ Walker founded Cross Colours in 1989 with his business partner Carl Jones. The brand, now running for over 30 years, was founded on disruption and revolution; pushing socio-political messaging and promoting positivity around African-American culture through a whole new style of apparel design. As a professor at FIDM and a public speaker, TJ continues to inspire and empower young brands and entrepreneurs.

Donwan Harrell started his career at Nike, but since 1999 has been front and center of the streetwear and denim world, founding two major names in each field: Akademiks and PRPS. A true entrepreneurial spirit, Donwan's influence and expertise has shaped the apparel world over two decades and his new brand, Art Meets Chaos is continuing his legacy.

Moderator Simone Berry has an encyclopaedic knowledge of the streetwear and urban apparel industry in America, having been a key player and enthusiast for many years. As VP of design at Rocawear, director of merchandising at Public School NYC , her stance on the subject of POC's creative contribution with relation to American culture and commerce makes her the perfect moderator for this important discussion.