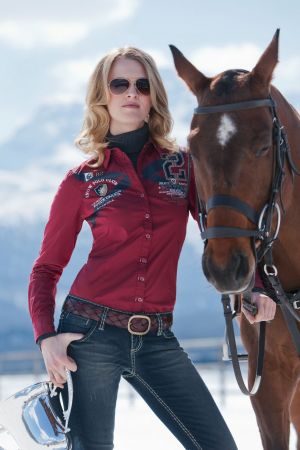 by Verena Emig — January 08, 2013
For the first time ever, Soccx is official partner and sponsor of the Brokersclub Polo Snow Night 2013 (11th – 13th January). The German womenswear label has assembled its own team for the competition, which consists of the two German polo players Eva Brühl and Steffi von Pock, and one Argentinian player, Pedro F. Llorente.

Soccx belongs to the Clinton Großhandels-GmbH, which was founded in 1993. With its meanswear-label Camp David as well as the womenswear-label Soccx, the Clinton GmbH counts to the leading contractors of casual, and jeanswear in Germany.

Thomas Finkbeiner, CEO of the Clinton Großhandels GmbH, said of being part of the Brokersclub Polo Snow Night: “We’re very happy to be partner of this spectacular Snow-polo competition, and to start with such a powerful team. There’s nearly no other sport, which is so eclectic and fascinating.”
After last year’s premiere Brokersclub Polo Snow Night takes place at Gut Ising am Chiemsee/Germany in this year again.