GALLERY
Around 12.045 buyers visited Gallery, which is a 5% increase from February 2011 and 10% increase since August last year. 76% of the buyers were Scandinavian and 22% the rest of Europe. Amongst the buyers at Gallery were Galeries Lafayette, Liberty, Harvey Nichols, Barneys NYC, LuisaViaRoma, NK, Stockmann, Yoox Group, Zalando, Selfridges, Browns Fashion, ASOS, Net-a-Porter, Urban Outfitters, Mr. Porter, Matches.com, mywardrobe.com as well as the Chinese buyer Alterstyle.com and the Japanese buying group Marubni. 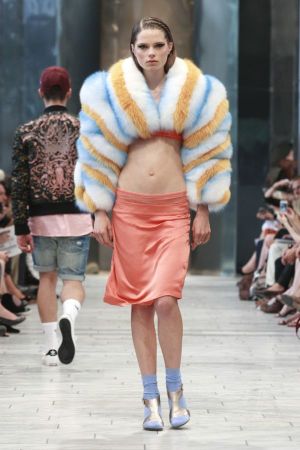 Ciff show by Claus Starup
Ciff were attanded by over 30.000 visitors. The fair debuted with a new structure of the exhibiting space that now integrates all segment such as menswear, womenswear, children’s wear, shoes and jewellery under one roof. So called Ciff Fashion House houses menswear and womenswear, Ciff Kids, Ciff Jewellery and Ciff Shoes. The implementation of Ciff’s new structure is ongoing with the renovation of CIFF Fashion House underway and its anticipated unveiling in time for the next fair in February 2013. 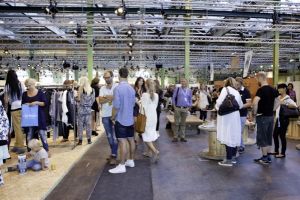 CPH Vision
Vision ended its very first edition as the merger of CPH VISION & Terminal-2. The show announced around 17.838 visitors. Visitors were mainly from the Nordic countries - showing an increase of 28% compared to the total visitor number from CPH Vision & Terminal-2 in August 2011. An increase in foreign visitors is also praised – with a 21% rise in international buyers in comparison to the visitor numbers from both fairs in August 2011.