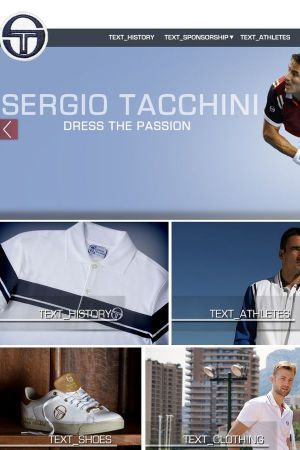 Sergio Tacchini will not be sold

by Maria Cristina Pavarini — June 02, 2014
Sergio Tacchini International (STI), company in liquidation and owner of the related sports apparel brand, will not be sold back to its founder, former tennis champion Sergio Tacchini. Tacchini had recently asked to repurchase his own company he had sold to Billy Ngok, owner of the Italian company H4T and president and majority owner of Hong Kong-based sourcing and distribution company Hembly, in 2007.

According to local newspapers, on 14 April 2014, Mr. Tacchini had offered €5 million, a superior offer to what had been offered by Wintex Italia, the company that has hired the rights to manage the brand from its owners until 2017. In fact, investors had estimated the brand’s value to €2.3 million, according to Alessandro, son of Sergio Tacchini, CEO of Sandys.

Logo of the company
The industrial plan of re-launching presented by the founder was based on the intention to bring back the headquarters of the company to Novara, including the design office, sales and communication. Their intention was also to open 30 monobrand stores (which were supposed to be 150 according to the STI’s plan) and to launch an e-commerce channel.

After 2007, Hembly had transformed its company into STI, though the project didn’t prove successful and half of Bellinzago company’s 20 workers (near Novara) are now on redundancy payment, while another 60 might be fired. Despite of Hemby’s €100 million turnover, it now seems to have disappeared from the market.