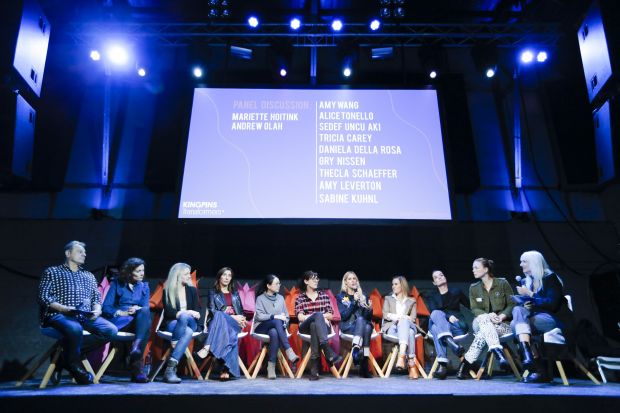 Is the denim world female enough?

”Women in the indigo universe“ was the title of this season’s Transformers seminar, hosted by recruiting agency HTNK and Kingpins trade show to kick-off their Amsterdam October edition.

In times where the press is full of news about sexual harassment against women (think the current accuses against Hollywood producer Harvey Weinstein or the #metoo campaign where women give a face to these various harassments in their daily life), it seems almost as a surprise that the matter was not on the schedule at all. Instead of making Transformers a feminist/female power cliché get-together, the nine women in key denim industry positions, among them Lenzing’s Tricia Carey, Advance Denim’s Amy Wang and SPORTSWEAR INTERNATIONAL’S Sabine Kühnl, who were gathering on stage rather talked about their background, what makes them drive and motivate to do their job-and above all-sustainability and eco matters.

Here are some memorable quotes made by the denim damsels: 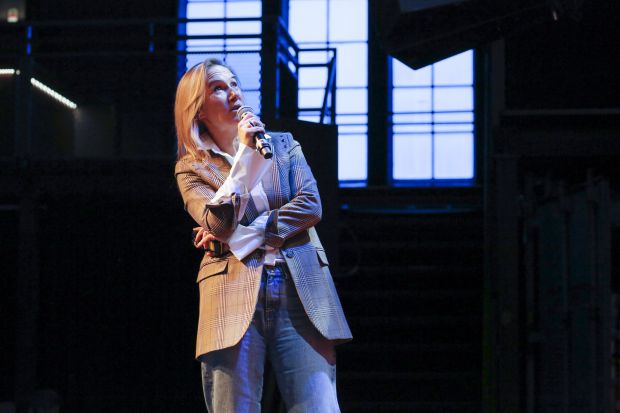 "I like this business because denim people are creative spirits, they want to change the world. They are doing what they do with passion, not just for the sake of the business."

"We swim in an red ocean, as a symbol of an overcrowded industry polluting the environment. But we need to get away from competition towards a bluer ocean."

"We should look more at how other industries operate, for example the beauty industry or the army, to get ideas for our business."

"Science fiction and technology including sustainability - that's our new reality." 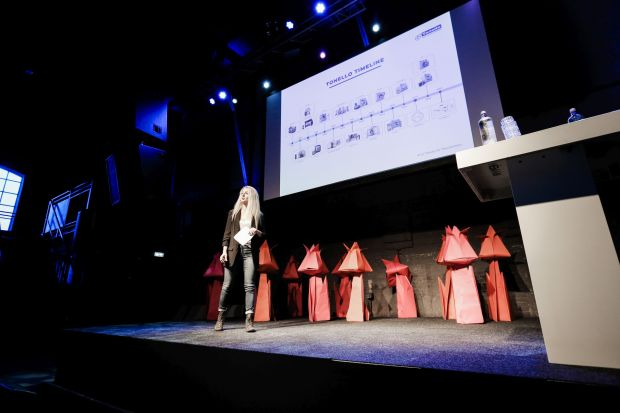 "I was lucky because my father and my family brought me up to have an open mind. I had no limitation-well, it might also be because my surname is the same name as on our machines."

"When I started to work for Tonello twelve years ago, 'marketing' was just a fashionable English term. That has changed a lot."

"When I think of my beginnings at Tonello I mostly remember sitting between the machines, eating pizza, the smell of iron around... until today, I do what I do with a lot of passion. That's the most important thing.” 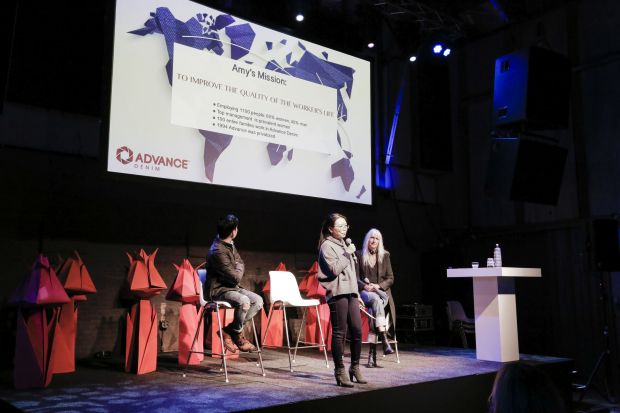 “I started at Advance as a worker. From that position I made it all the way up to become production manager while I was still quite young: at the age of 29. Ten years later, in 2009, I became General Manager. So there don’t need to be any limits. I just want to do something great, something beautiful, I want our company to become one of the greatest companies in the world – this is what drives me every day.”

“At Advance Denim we are like a very big family. That means that we all help each us, mainly we help the workers when they have troubles with daily matters, such as insurances.”

“For me, ecology is the main topic. It is about so much more than just producing sustainable. It means that the whole production process needs to change.” 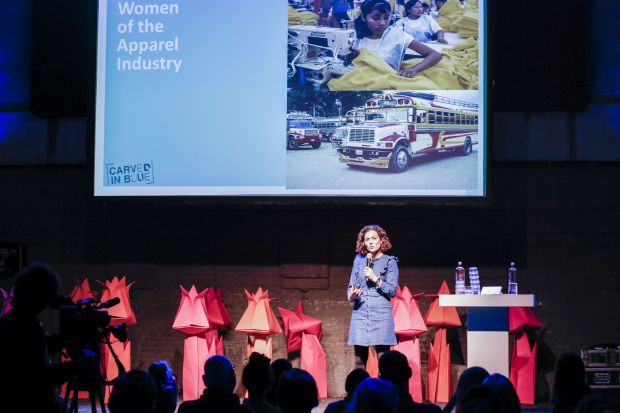 “I remember when I started to work in the business and went to Guatemala to visit a factory and see all the workers sitting there and sewing. There I felt how much I live in another world. Still, when I was looking at and saying hello to the workers it made me understand how much it is a people business we are in."

“Companies need to watch carefully how they act and that they are honest. Think about that big fashion company that during a conference two weeks ago was talking about their in-store recycle project while just a week later that same company is in the news because it seems they incinerated fashion waste disposal. So what should consumers think about that?”

“We need to look at what Generation Z does and how they are connecting to their peer groups by using technology. It’s key to understand how the business works today.” 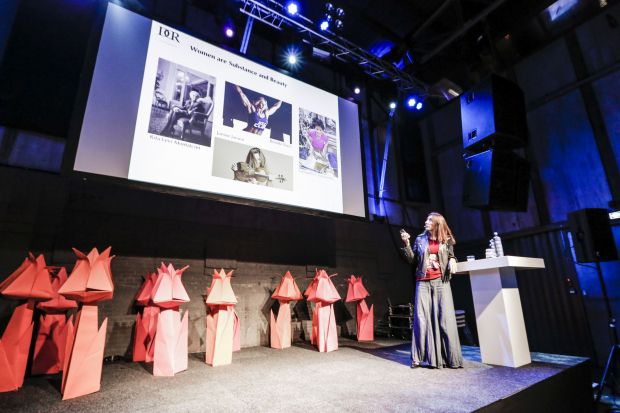 “There are four lessons that I have learned working as a lawyer for the fashion and denim industry:
First is the language. Fashion (and certainly denim) speaks its own language. Some know it, some learn it, but lawyers struggle with it, because there is too much beauty in it.
Then it is about the speed. Clothing and fashion accessories turn fast. Fashion craves for immediacy, that’s part of the substance.
The third thing is about courage: In a world and in a market where everything has changed and keeps evolving, what refuses to change is the law firm.
And last but not least on the list is added value. In an industry where budgets for support functions are at the lowest ever, the internal lawyer is often an unbearable cost.” 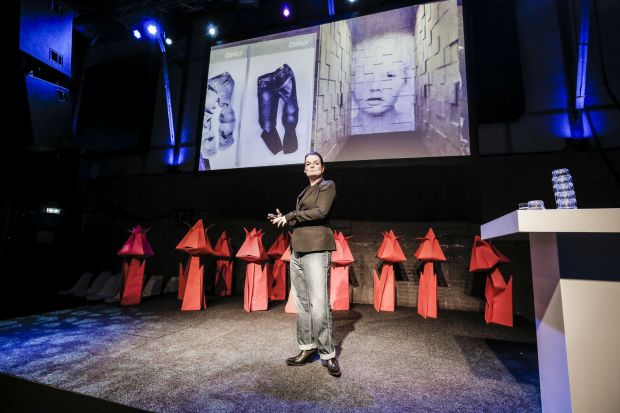 “I come from a design background. Back then for fast fashion companies it was good to bring some creative people on board to bring in design ideas, because if we are honest we know that fast fashion is all about copy & paste.”

“The Chinese are super good learners. They are not too proud to listen, even though they are a proud people. They just get things going. In Europe things sometimes move so slow, there are long processes because everything needs to be confirmed by someone.“

“When I worked for Bestseller we started with 26 own stores and within a couple of years had 8,000. But apart from that crazy success story, there is a crazy side when you think of all the material and waste. We need to understand that pollution has no borders, so we should stop pointing fingers at China.”

“Why is growth always only about money? Can’t there be a growth in other parameters such as ecology or ethical matters?” 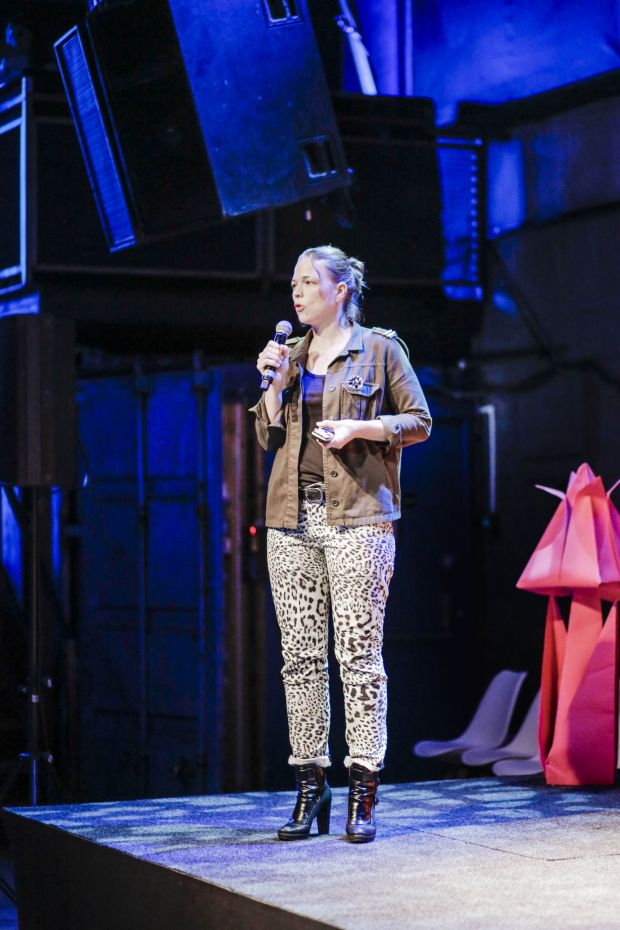 “My job description at G-Star wasn’t that clear in the beginning. Nobody really knew what I was there for. Maybe they were also just afraid because I studied psychology before.”

“I market the innovations we create which are always connected to a product. We communicate through the things we make. It’s never about a fluffy story. Take for example the 25 years Elwood anniversary for which Pharrell Williams created 25 designs-the story is around a product, it’s always meaningful.”

“This is exclusive news: next year we will drop the most sustainable jeans ever. This will be our main topic in 2018, and it will also be promoted with a celebrity who is highly involved in sustainable matters.” 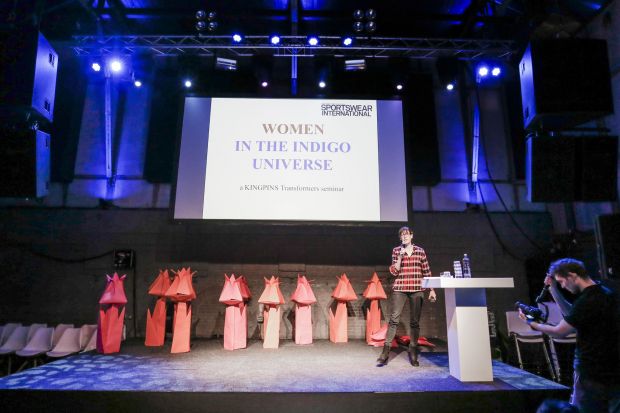 “I was always interested in fashion and had a crush for magazines, still I come from a banking background. But after a short time I thought that it might be better to do something that I am really interested in, so I studied history of film and arts. All of that combined finally brought me to work as an editor in fashion.“

“Some of the questions my team and I asked ourselves every day are about the future of journalism and editorial work: What does B2B journalism mean in the future? What’s print for, what’s digital for?  Do we need to bring these worlds together? And what’s our role: Entertain? Tell stories? Inform? Inspire?  Consult? We work on the answers every day.“

"I am not a fan of Donald Trump at all, but his ’fake news’ campaign is good in the sense that it makes the press and the media reflect about themselves and work better to prove Trump wrong.“ 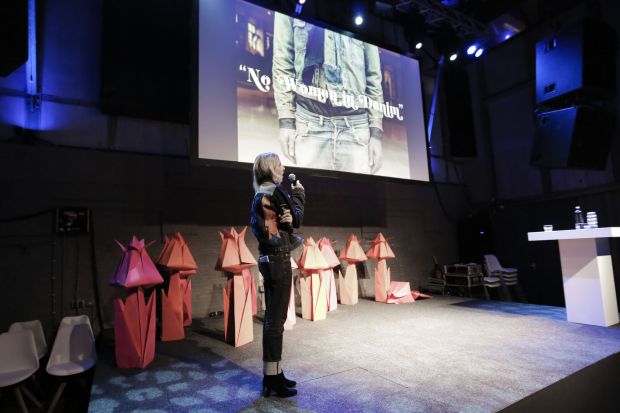 “When I told a guy who I know from the denim industry that I would work on a follow-up on my book ‘Denim Dudes’ and come out with a book about women in denim, he asked me ‘But who shall be in that book? There are no women in denim.’ Well, there are, and the book drops in 2018. This will be the year of female empowerment in denim!”

- Go the extra mile, it’s worth it
- Act equal
- Celebrate brains, not bodies” 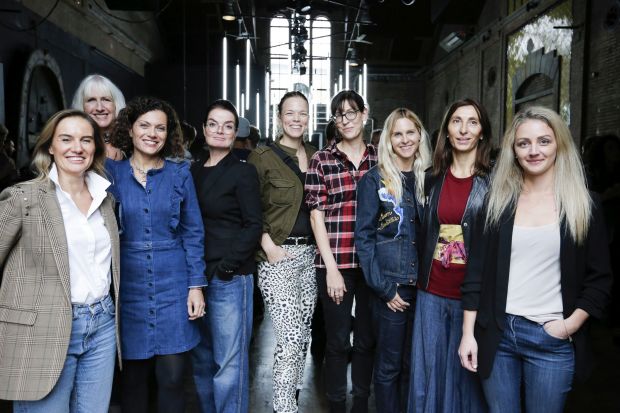 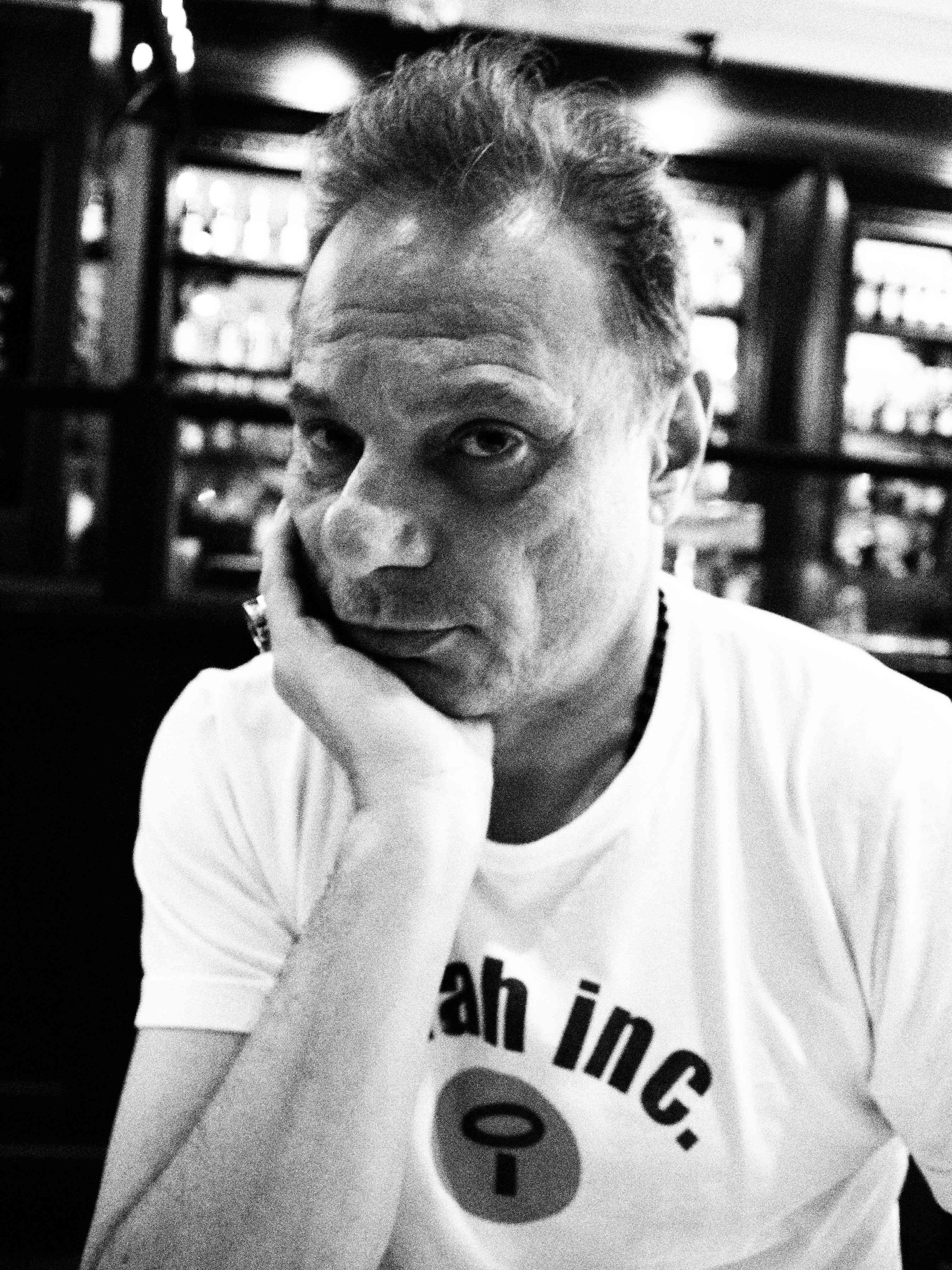 Andrew Olah: “Be prepared for another exciting Kingpins Amsterdam” 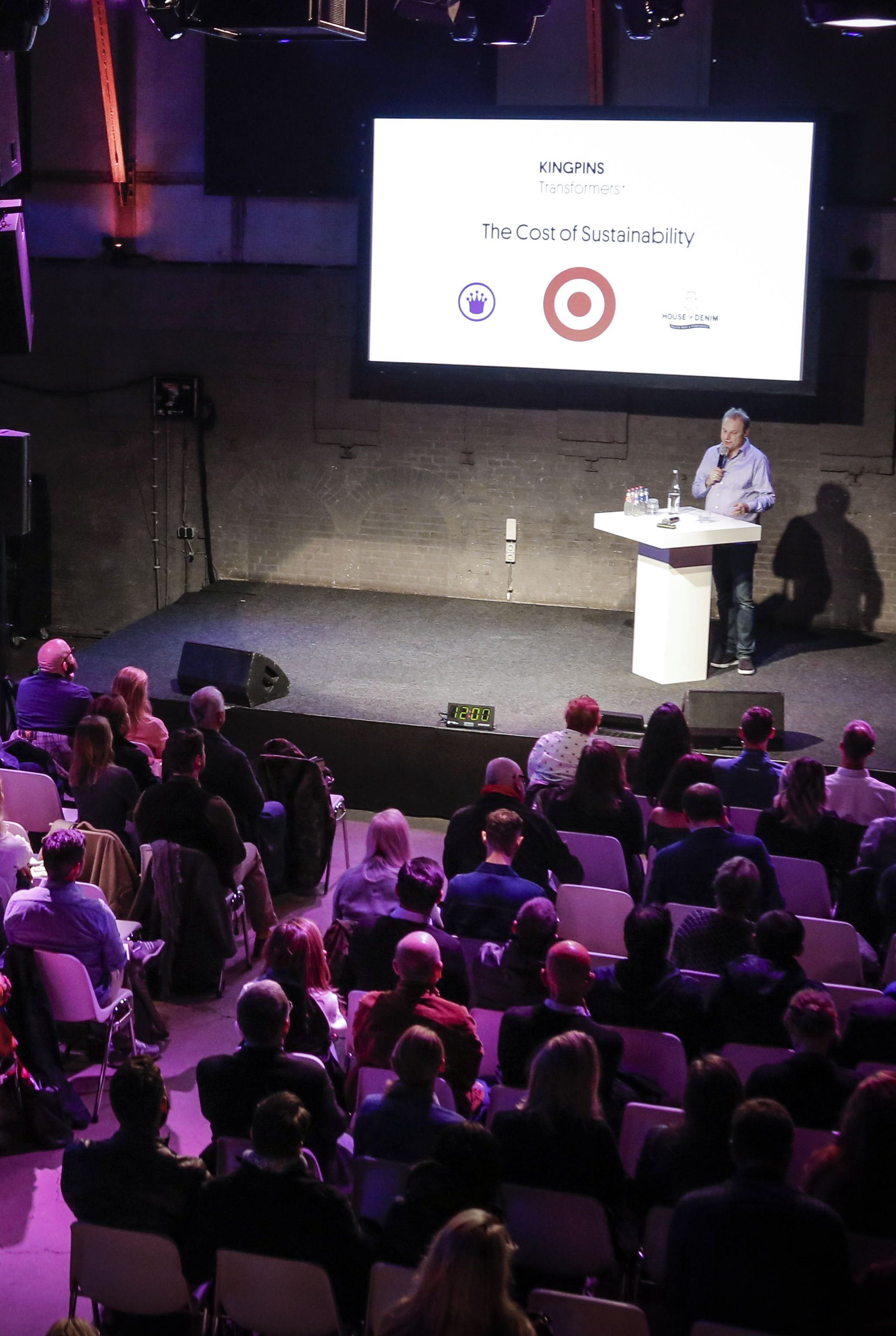 What to expect from the next Kingpins Transformers event in Amsterdam