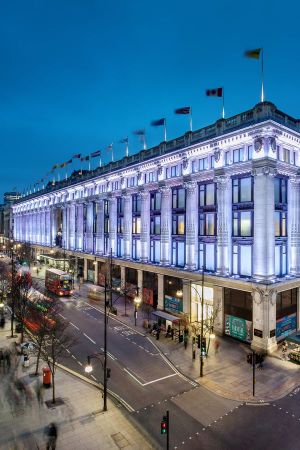 by Emma Holmqvist Deacon — June 03, 2014
London department store Selfridges breaks one record after another– its shoe department is the biggest in the world, while its denim studio is of similar ilk. The accessories area is next in line to benefit from a major revamp; the project has been allocated a budget of £300m, which is allegedly the highest amount ever spent on a single investment by any department store in the world. The current luxury handbag department, which is located on the ground floor, will form the nucleus of the new space, though it will double in size to cover over 50,000 sqft.

In keeping with Selfridges’ democratic retail model, the sprawling area will house accessories spanning all price points and segments – from high street to luxury. Catering for both men and women, some of the brands already on the list include Charlotte Olympia, Sophie Hulme, 3.1 Phillip Lim, Hermès, Chanel and Céline. The redevelopment project is due to begin at the end of June 2014 and it will be completed within five years.