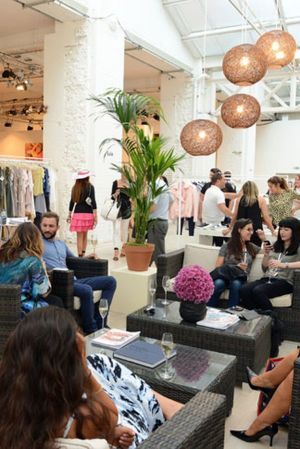 Scoop will only take place in the Saatchi Gallery.
Stories

by Juliette Tafreschi — January 14, 2015
The February 2015 edition of Scoop International will take place under one roof only at London’s Saatchi Gallery. The last three seasons Scoop has been showcasing across two venues; the Saatchi Gallery in Chelsea and the Philips gallery nearby Victoria.

“We hoped to have one final edition of Scoop across both venues before launching a new concept for the show in summer 2015 - something we’ve been working on for over a year,” says Scoop founder Karen Radley. “However we found out towards the end of 2014 that this wouldn’t be possible, so following special arrangements with the Saatchi Gallery we’ll be showcasing the full Scoop line-up at our original home in Chelsea.”

Instead of three floors used for previous events, all four floors are now available at the Saatchi Gallery. The next edition of Scoop will be taking place on the 1-3 February 2015.