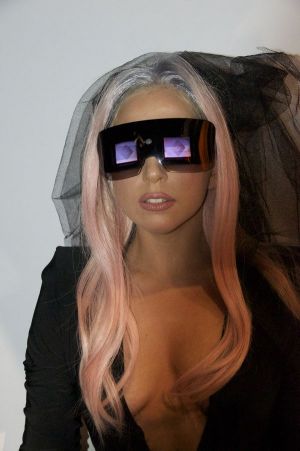 Its role as the leading international exhibition for the eyewear industry was once again proved. The event hosted six exhibition pavilions, more than 1,100 exhibitors, including all the largest companies from across the globe, new small producers, and, for the first time, top players from the modern trade sector as well. In terms of visitors, Italians have increased by 7%, and visitor numbers from overseas have maintained stable.

“The expectations were good, and I am happy to say that the event was able to satisfy these expectations. I hope that this result represents a turning point for the entire industry worldwide,” commented Cirillo Marcolin, Executive Vice President Mido.

Not only frame manufacturers participated in the show, but also lense producers and raw material manufacturers. According to Mazzucchelli, key player in cellulose acetate (or zyl) manufacturing, key trends for 2012 are transparencies - both lucid and matt; bright '80s energetic hues - including fuchsia, yellow, orange and turquoise; multi-faceted glasses that carry different color strata in the same frame; blue is the new black for eyewear since it can be offered in a great variety of shades while suiting anyone's personality and style; white is back and is also a hot topic offered in milk, cream and ivory variants as well as mixed with pastel soft hues; a turtle shell is also a strong theme in eyewear most often reinvented with small accents in blue and green.

In terms of technical innovation, 3-D eyewear is the absolute innovation in this segment. Alain Miklli presented a special partnership with LG technology offering two models of 3-D glasses - a ‘passive’ model, used for watching 3-D movies on TV and in movie theatres, and an ‘active’ variant that can be used for interacting with home TVs and computers.

Moreover, Polaroid and singer Lady Gaga launched a new Polaroid Grey label collaboration. These special glasses carry an integrated camera through which anyone can take pictures at the same time one is experiencing a moment. In addition, one can upload pics on the glasses' own LCD screens, and view, show and share them.

The future is now and we all can see it…..