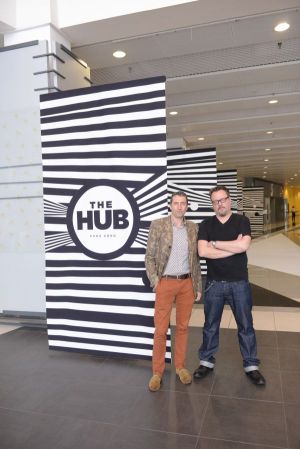 At the Asia World Expo, international contemporary, heritage, denim and streetwear brands from North America, Europe, and Asia attracted around 1,500 visitors – a similar attendance number as for The Hub’s first edition in August 2013.
Buyers came from all over Asia and represented companies such as Lane Crawford, Bluebell or Dell Store from Hong Kong, Waitec, The Fashion Door, BUYology, or Amazon.cn from China, Itochu, Mitsui or Kowa from Japan/South Korea or Cabinet Noir from Australia. The mood was busy and many brands reported to have signed overseas distribution agreements at the show.

The newly installed Greenhouse area gave 27 up-and-coming designers the opportunity to showcase their collection in a distinct showroom-like environment, located right next to the more established brands.
Peter Caplowe, co-founder of The Hub: “One of the key aspects of The Hub is that, although based in Asia, we don't favor local labels. Anyone showing at The Hub is here on merit alone – as such, we are delighted to have found such a wealth of world class talent in the region and are certain they will make waves globally, especially with a new platform, The Greenhouse.”

To address the need for a strong and vibrant retail scene in Greater China and South East Asia, The Hub has partnered up with Mainland China’s fashion trade show Chic Young Blood to find solutions with the Multi-Label Alliance, which also features Gruppo Pozzi and MIDA. The trade show hosted several forums, lectures and workshops with subjects such as a “Multi-brand Retail Crash Course”, “Improving Store Results” or “Educating for The Future of Fashion in China”.

“The challenge in Asia is the lack of multi-brand shops”, said Richard Hobbs, the second founder of The Hub. “Jumping directly to just e-commerce is not the only solution. Asia needs 'omni-channel' retail even more than other markets - education about brands and style in general is still required.”

The Hub is currently followed by the GREAT Week Hong Kong (March 7-13), a marketing initiative by the British government, that shall give emerging young companies from the UK the opportunity to build new relationships with Hong Kong and Macau. As a kick-off to the GREAT week, British luxury designer Matthew Williamson showcased a retrospective catwalk show in association with The Hub.

The next edition of The Hub will take place in August 2014. 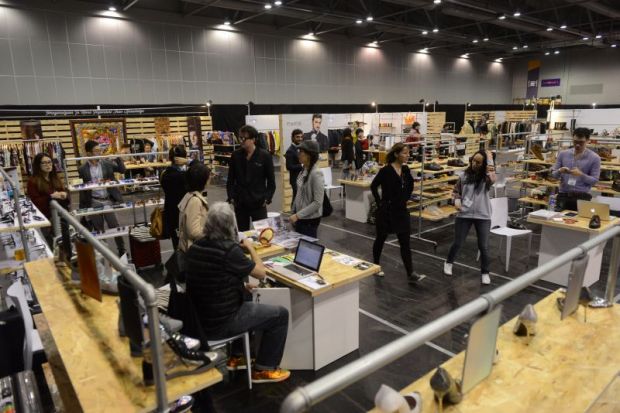 Impression from the recent edition of The Hub