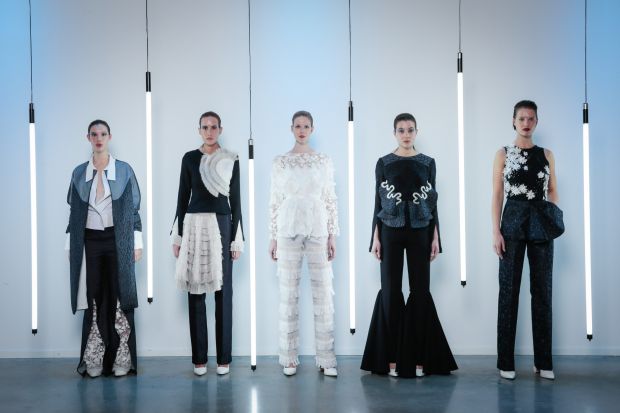 In Amsterdam, within the specialized denim trade show Kingpins Amsterdam, held on 26 and 27 October 2016, the third edition of the Global Denim Awards was held in presence of about 600 key insiders of the global denim market. The winners were Dutch designer Anbasja Blanken and Italian mill ITV Denim. The awarded collection was elaborately decorated and semi-couture inspired. Most of the pieces shown also carried small optical fibers that – if switched on - can self-illuminate and decor each garment. 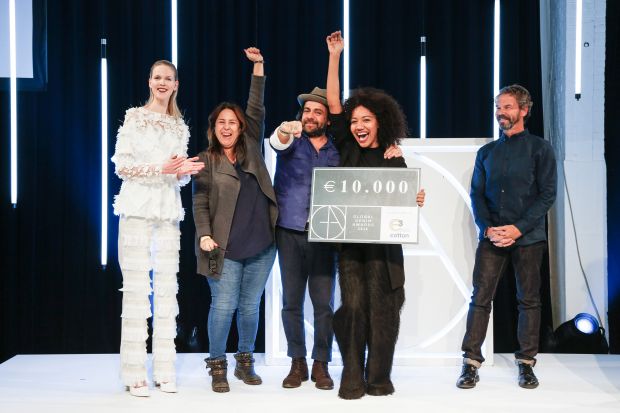 The euphoric winner Blanken commented: “My concept was about the deep sea, and more specifically coral, the ‘flowers of the sea’. Some coral’s colors alternate when the light changes. It can even be luminescent. What if my denim pieces produced light themselves?” To honor her inspiration, ITV created glow in the dark denim fabric especially for Blanken. Barbara Gnutti of ITV Denim added: “It was not easy but we found a way of putting the luminescence into our yarn.”

Indian denim mill Arvind won the honorary Best Fabric Award in recognition for its innovative yet traditional fabrics. The Khadi fabrics, which were used by Roosmarijn Koster for her capsule collection, are traditionally handwoven. The prize went to Arvind as recognition of how traditional craftsmanship can also supports local Indian villages.

The winning collection produced, in collaboration with ITV, will be exhibited at Kingpins Shows in New York City and Hong Kong, before returning to the Netherlands for Amsterdam Denim Days 2017. 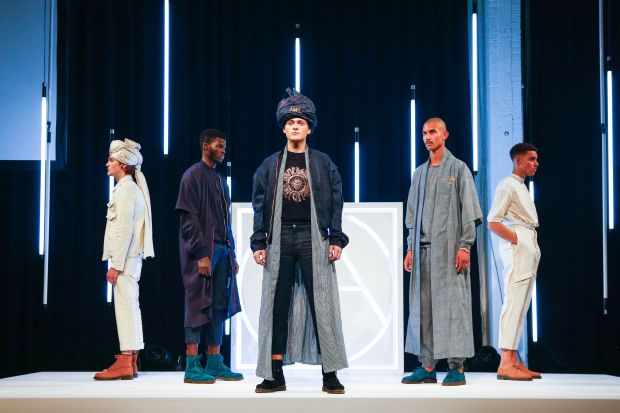 The recently closed edition of Kingpins Amsterdam was very busy, lively and visited by denim industry insiders from all over the world. Many insiders continue to appreciate the event for its highly informative content, top exhibitors and for the great networking occasion. They also like the friendly atmosphere where anyone can meet insiders and experts of the denim and jeans wear scene.

The show hosted various talks and trend forecasts. Among them Invista presented a new study carried ahead among 2,500 women jeans consumers in key international markets as the US, Germany, Brazil, Spain and China and spoke about their shopping experience, how hard it is for them purchasing a pair of jeans and what they look for when buying them.

Among most significant trends on show for s/s 2018 there is a general return to 1980s denims characterized by irregular optics, much more contrast between blue and white on the surface of the fabric and slightly heavier denims as presented by Artistic Milliners, ITV, Berto and Orta. 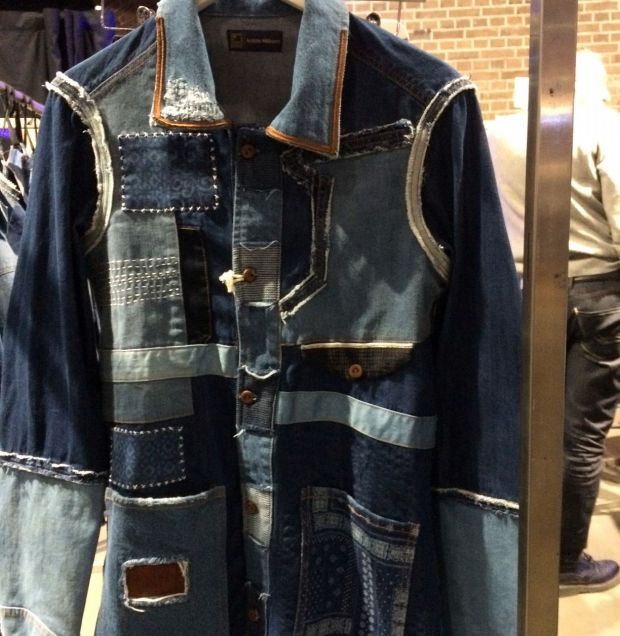 Less stretch is around

A new trend is softly entering the jeans market. There is a slightly increasing request of non-stretch fabrics as pointed out by both Candiani denim and ITV. They both are presenting denims that don’t employ any Spandex. ITV, more specifically, is presenting a series of soft touch cottons that are naturally stretchy and look as if they incorporated Tencel, even if they don’t.

Quite some companies have launched two colors for denim – olive green and duckbill brown. Among them, for instance, there are ITV, Candiani, Berto and Cone Denim. 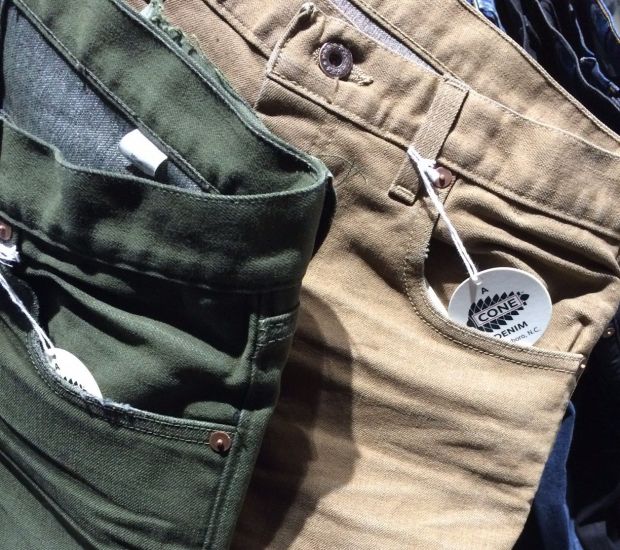 Many companies have hyped their R&D qualities by developing new products that can guarantee greater performance and a greater sense of wellness. Orta for instance has just launched a new denim that carries jade minerals on the inner face of the fabric, guaranteeing a sense of freshness, skin massaging effect and better blood circulation. They also offer denims that incorporate zinc and seaweed fibers that guarantee higher wellness feelings.

Cordura, while getting ready for celebrating its 50th anniversary throughout 2017, has just launched a new significant material – Cordura Combat Wool, a new fabric produced in collaboration with Italian wool specialist Marlane. The material is a wool cotton denim incorporating Cordura, therefore guaranteeing a smart casual appearance and high abrasion resistance.

Lenzing strongly believes in black denim. For this they produced a new Modal fiber that is dyed before it is extruded, therefore it is more resistant to washes and doesn’t fade for at least 50 home washes.

Tejidos Royo has developed a new partnership with Sympatex, a functional highly protective membrane applied to denim. This new denim is aimed to be worn when playing sports such as skiing, skateboarding, paragliding and many other ones. 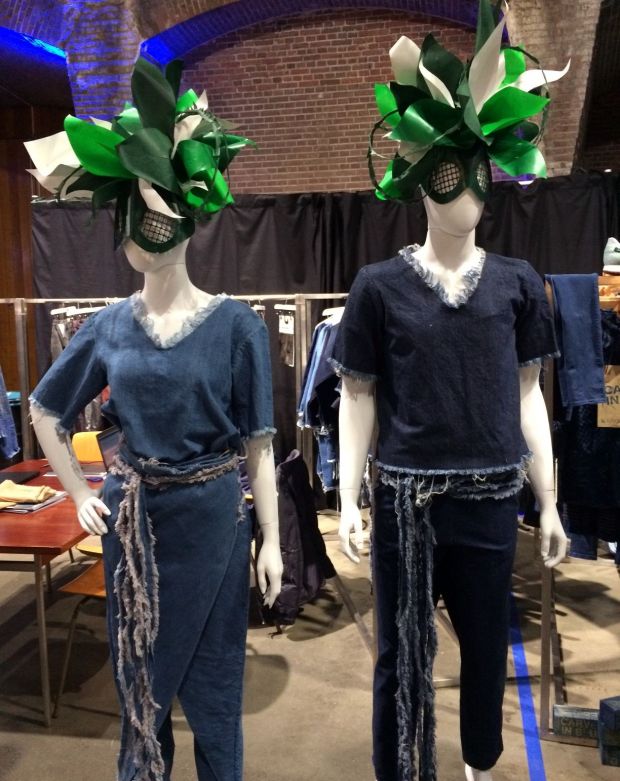 Handmade and tailor-made are cool

The market is strongly focused on offering new high image fabrics that can either be employed in menswear and tailor-made apparel or that actually employ handwoven fabrics.

Tejidos Royo will be launching Royo Originals by end 2017, a new selection of clean and semiformal fabrics aimed at educated men caring for their image and style.

Cotonficio Albini is also strongly focused on high-quality casual shirting fabrics. At present they are also studying how to collaborate with 100 Hands, Indian tailor-made made-to-measure specialized fine quality shirt manufacturer, in-keeping with a trend which is now very strong, especially in the US market.

Also Berto has started offering a selection of high-quality, very compact and clean fabrics that are mostly appreciated by top-apparel and designer brands.

Even if not showing at Kingpins, the Dutch-Indian Seven Senses denim manufacturer presented its 100% handwoven denims. The company employs only handspun fibers according to the Khadi technique, then woven in denims whose weight may vary between 17oz and 4 oz. They also produce denims by recycling silk cocoons and also old sari fabrics often employing silver or gold yarns. 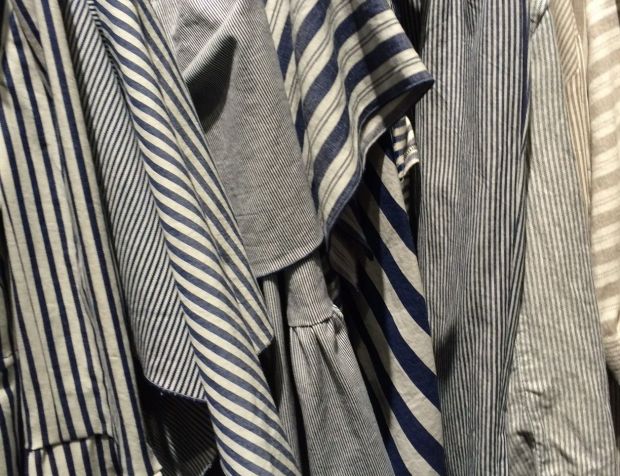 Among new developments launched at the show, Invista presented a new denim quality made with Coolmax Ecomade technology that helps moving moisture away from the skin. It also helps the wearer feel more comfortable, cool and dry. Fibers employed are made from 97% recycled resources such as plastic bottles transformed into fiber that is suitable for apparel use.

Also Candiani has presented some new processes and products while hyping their commitment in preserving the environment. As the company is based in the Ticino Park area, in Northern Italy, they have been constantly caring for the environment around them, while also developed specific processes that don’t harm nature and workers. Since this season, they also signed the Kitotex patent that introduces Chitosan, a natural polymer obtained from crustaceans’ skins, into their processes. Thanks to it they can avoid employing potentially polluting chemicals, reduce over 50% water consumption in the dyeing and finishing processes.

Cone Denim has recently presented a new denim fabric born from collaborating with the Thread International association involved in helping Haiti population. This denim is made with recycled PET bottles collected by local people and later employed for denim production. Manufacturing such denim is not only preserving the environment but also socially helpful for harmed people. 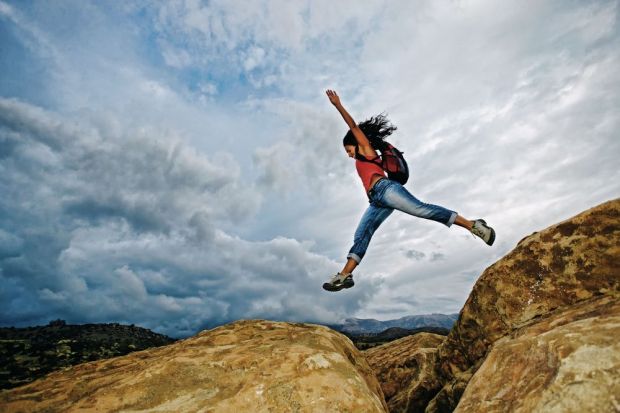