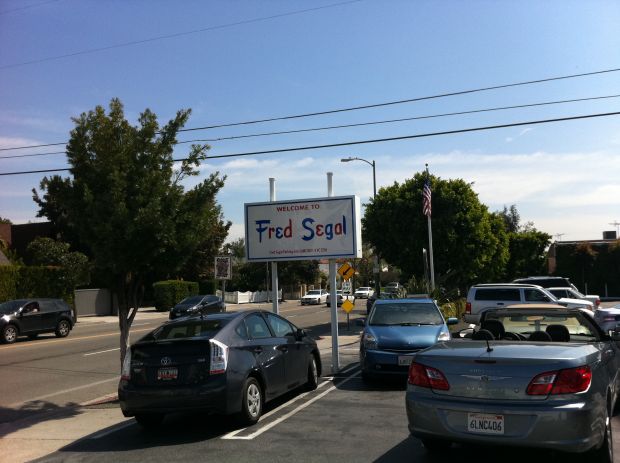 What’s Happening Over at Fred Segal?

About 50 years ago, Fred Segal opened a small, 300 square foot store on Melrose in West Hollywood devoted solely to denim. In fact, it was the world’s first jeans-only store breaking some of our favorite denim brands like True Religion. The store and the hype surrounding it grew, with Segal eventually inviting select managers to open their own specialty boutiques within what became known as the Fred Segal Center. The Fred Segal Center even opened another outpost in Santa Monica, thus widening its draw. The Melrose property has been featured everywhere from movies like Legally Blonde and TV hits such as Entourage, Dawson’s Creek and The OC. The store is a pop culture mainstay and a top tourist attraction.

But in 2012, three generations of the Segal family, namely Fred himself and his son, three daughters and granddaughter, relinquished their tight control and sold the worldwide licensing rights to Sandow, a company that builds fashion, design and beauty brands. At that time, Sandow announced an aggressive expansion plan to open new flagships in the US and abroad as well as ecommerce. To this end, in 2014, Sandow brought on entertainment, media and sports equity investor, Evolution Media Partners, a group formed in cooperation with the famed Creative Artists Agency.

Not long after that, also in 2014, Fred Segal Santa Monica shuttered its doors. That leaves just the flagship Melrose location open along with a small shop at LAX’s Tom Bradley International Terminal and two stores in Japan. And a little bird recently told us there’s an unconfirmed rumor that the Melrose Avenue location has lost its lease and will have to move.

Strangely, all calls and emails for more information on Fred Segal’s future were met with confusion by both staff and publicists. Employees at the Melrose location said they don’t know anything expect that the family no longer runs the business. Attempts to contact the family for comment, namely Sharon Segal who runs Sharon’s Closet in Santa Monica, were met with no response. The folks at Sandow seem to feel that any news on the future expansion of Fred Segal is very top secret. They admit they have news but aren’t sharing it at this time.

With Kitson shutting its doors and then mysteriously opening anew just months later under the similar name Kitross and Fred Segal about to change direction, iconic LA retail might be shaky right now at best. Thankfully, Mark Werts over at American Rag seems completely under control. Check this space for more information as it becomes available.