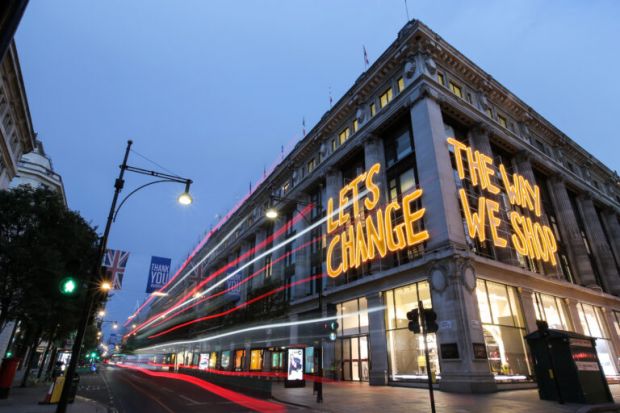 In a bid to inspire change in consumer behavior, Selfridges launched Project Earth in August 2020 (also read here). We look at how the strategy has developed since and how it plays out in-store (Corona-lockdowns left aside).

At the tail-end of last summer, as the high-streets of Britain started returning to relative normality, an enormous, bright yellow sign appeared on the imposing facade of Selfridges–“Let’s Change the Way We Shop.” Given the store’s position on Oxford Street–one of the world’s busiest shopping streets–and a stone’s throw from fast fashion behemoth Primark, it seemed a particularly fitting message.

Setting out to “radically change its business,” Selfridges is targeting three areas–retail models, mindsets and materials. By 2025, it intends to sell product made from certified sustainable materials exclusively. Aside from this target, various initiatives have been rolled out to inspire change in consumer behavior. 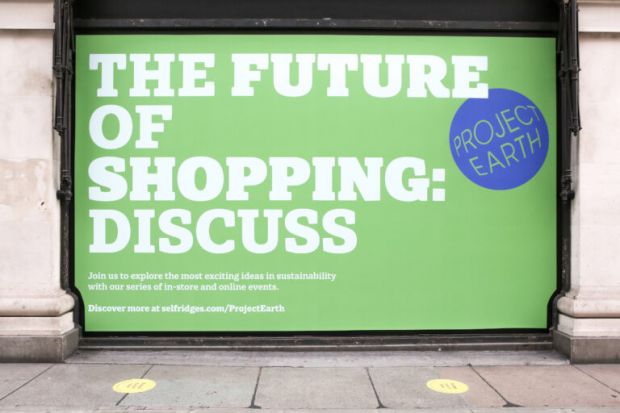 Photo: Selfridges
Selfridges' 'Project Earth' window at the launch in August 2020
The initial eight-week push saw the most intense activity–Prada’s Re-Nylon range “Corner Shop” pop-up being a highlight–but the strategy is ongoing. So how much of a presence does it have in-store? Browsing the flagship London store in December, a number of alternative retail models were pushed on the shop floor, prompting shoppers to rethink their habits. 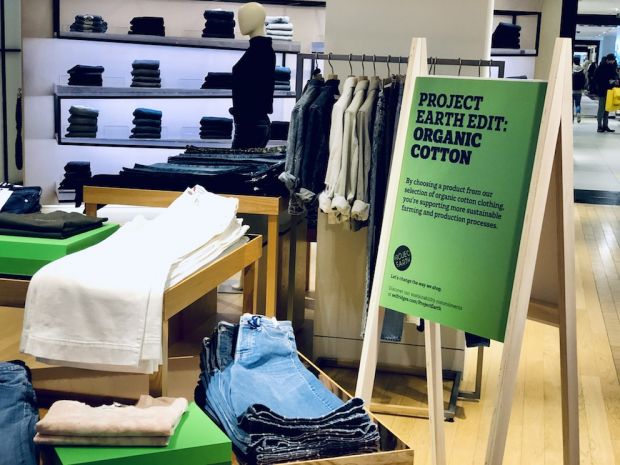 Photo: Emma Holmqvist Deacon
Green signs dot the store, guiding you to eco-friendly products.
Consumers are invited to refill cosmetic products, repair items via Selfridges’ The Repairs Concierge service and rent outfits courtesy of the retailer’s partnership with Hurr. Housed in a prime spot on the second floor as one ascends the main escalators, Hurr’s bright pink department is impossible to miss, clearly signposting its agenda with the message: “Thanks, it’s rented.”

Since September 2020, Selfridges has offered its own range of rental pieces called Selfridges Rental Collection. It encompasses some 100 pieces from about 40 brands including Zimmermann, The Attico and Cecilie Bahnsen. In another new move, the retailer has established a resale model–Resellfridges–inviting consumers to buy a curated, authenticated selection of preloved items in-store and online. Customers can potentially sell their designer gear, too, if said wares are by Selfridges’ desired list of brands, which currently include names such Stella McCartney and Gucci.

Vintage fashion also forms part of the Planet Earth resale package–next to Hurr’s space nestles an equally sizeable department run by major vintage purveyor Beyond Retro. Elsewhere in the store, green signs alert customers to the fact that they’re nearing an eco-friendly zone. In The Denim Studio, brands such as EB Denim, Ninety Percent, Levi’s, Tomorrow, Riley Studio and Won Hundred are highlighted as good choices for various reasons–be it water and waste-reducing processes or simply the use of organic cotton. 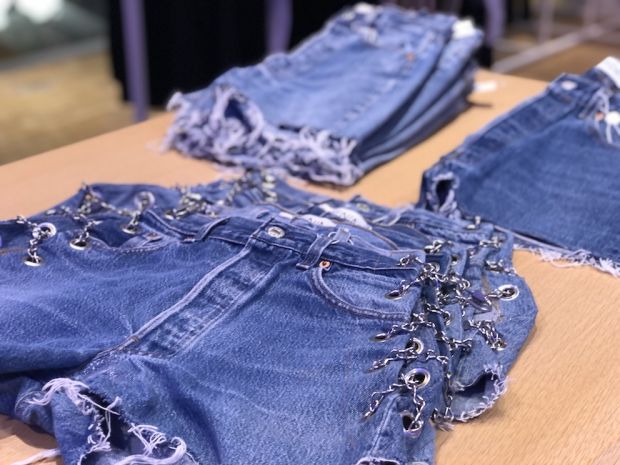 Photo: Emma Holmqvist Deacon
EB Denim's reworked vintage jeans form part of the Planet Earth offering on Selfridges' denim floor.
Attempting to see Planet Earth from a customer’s perspective, the project’s holistic approach is commendable, encouraging shoppers to rent, repair or opt for pre-loved items–and if buying new pieces, at least choose options involving some degree of eco-thinking. For the message to cut through on the shop floor a higher level of storytelling and sales associate engagement is needed–the sort that a set of green signs can never emulate. 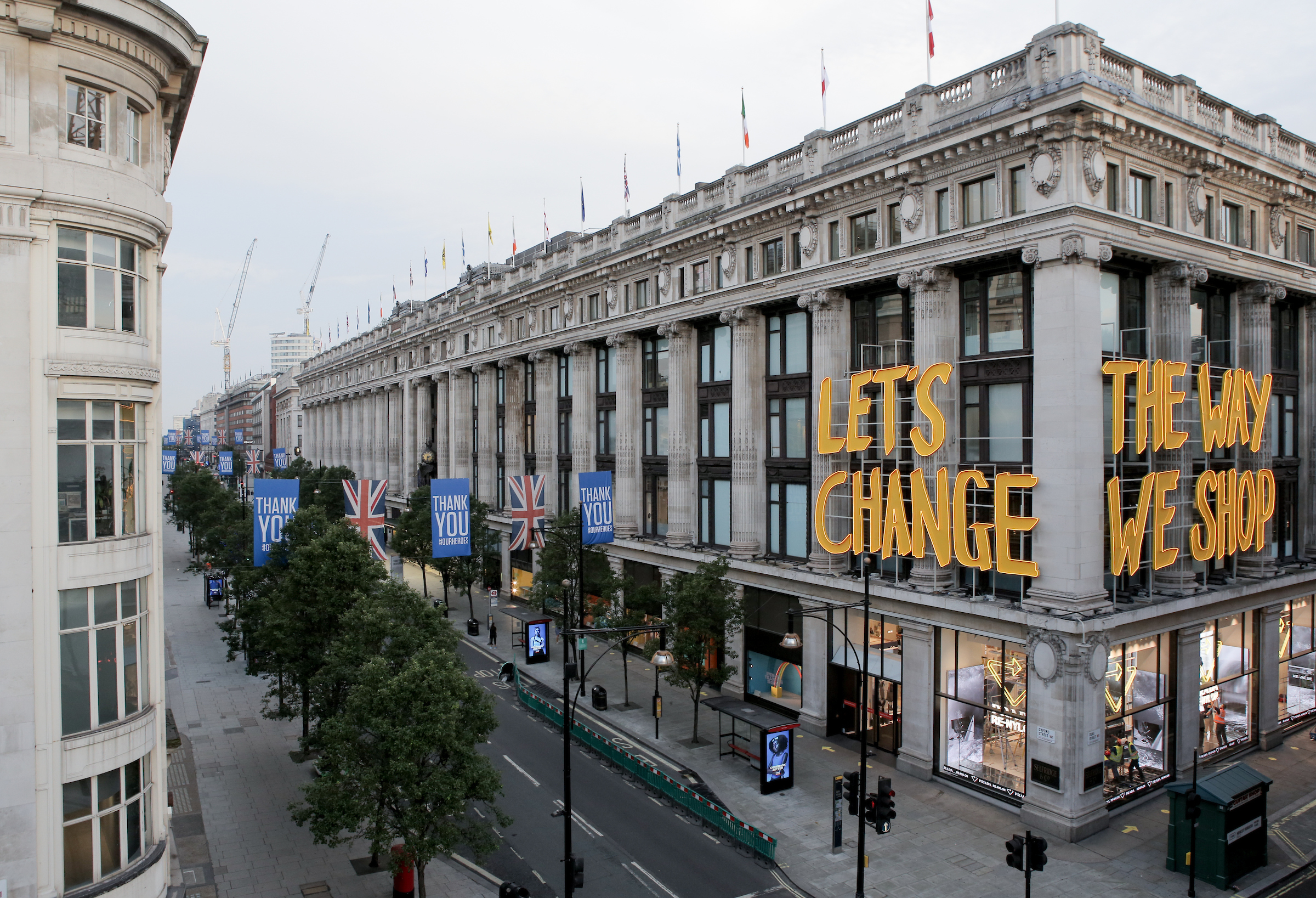 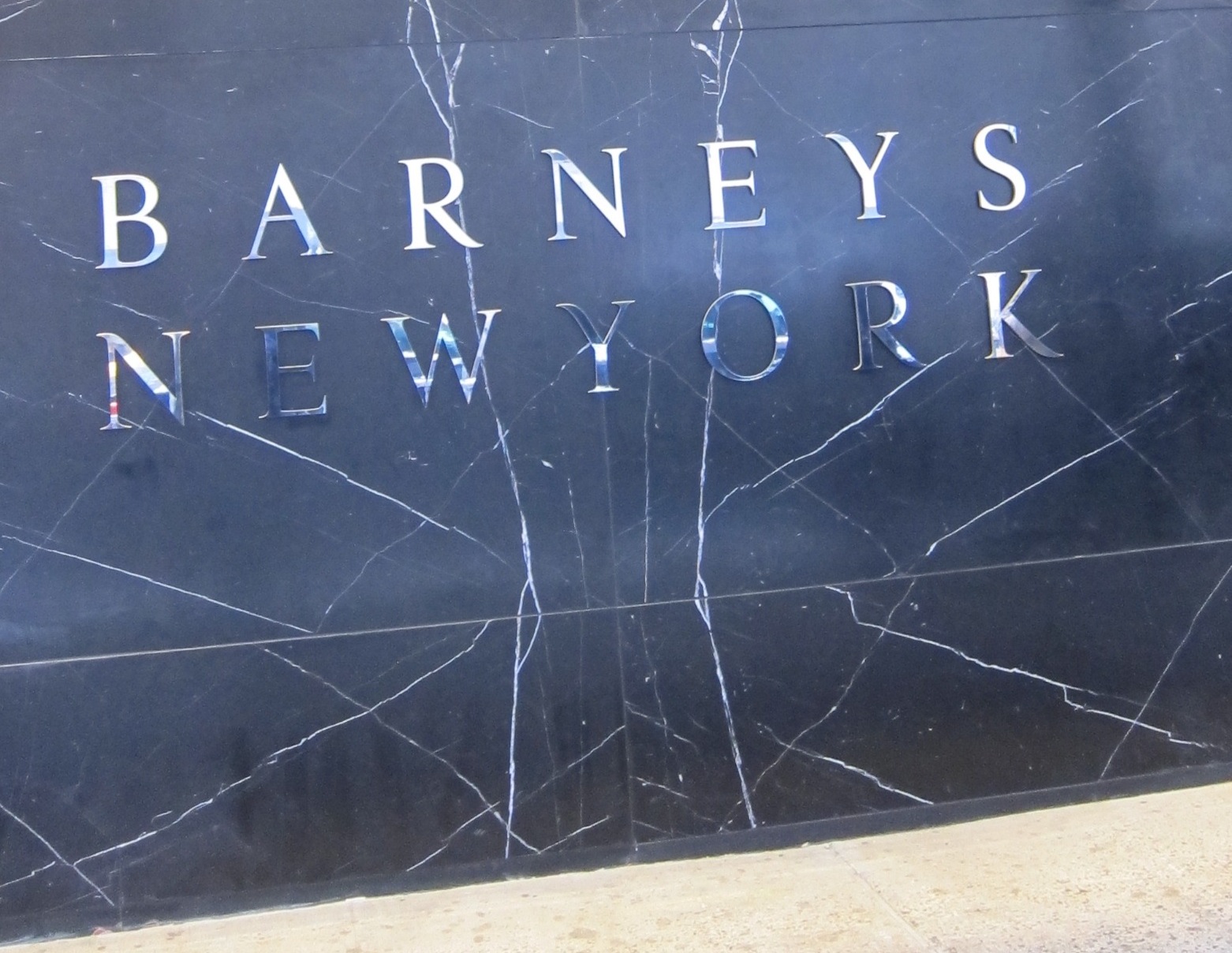 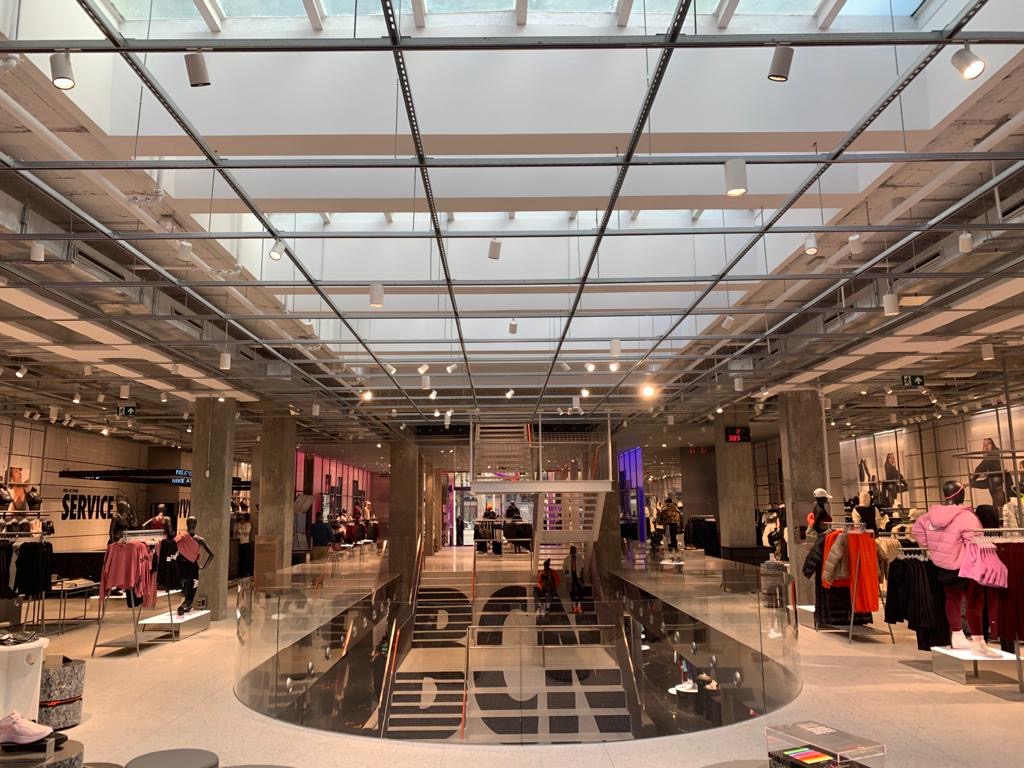