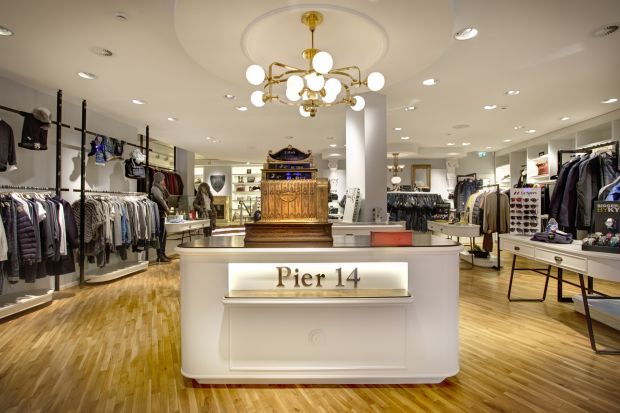 From Rostock To Leipzig: What's up in the Eastern Germany retail scene

Today the reunification of the Federal Republic celebrates its 28th anniversary. And still after almost 30 years, agents say that Eastern Germany is a world of its own. How come? And what is different?

It is somehow inconceivable that we are still talking about the difference between West Germany. Come on! The reunification of the Federal Republic will soon be celebrating its 30th anniversary. The biggest current consumers of jeans, sportswear and casualwear cannot even actively remember that their home country was once divided; it is more or less just a chapter in their history textbooks. At best, it’s a story their parents tell at the dinner table, in which some talk about how hard they had it back in the day, while others reminisce about the good old days when they had everything they needed. 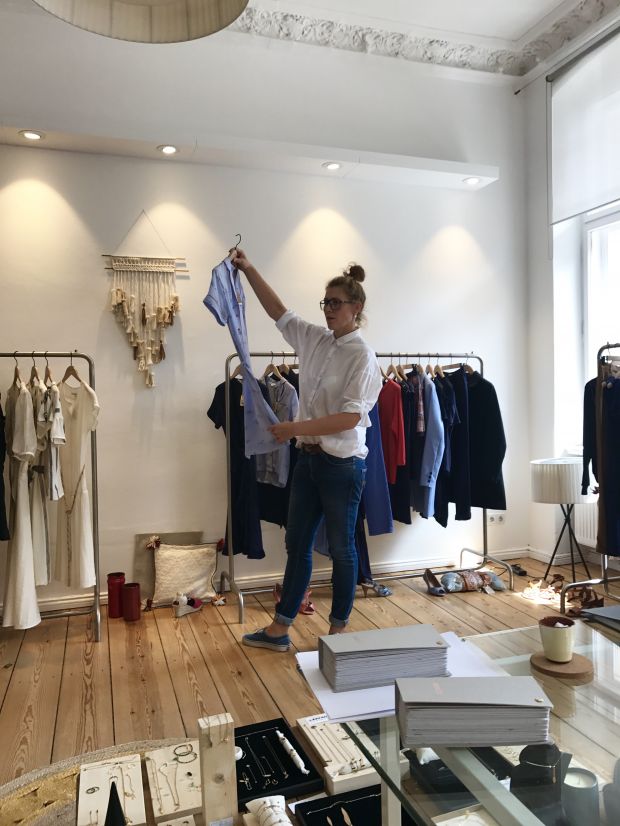 Admittedly, although Germany was only divided for 41 years, less than two generations, in 1990 the state had to bring together two very contrary realities–on the one side, a prosperous, advanced West, and on the other, an economically run-down and culturally disrupted East, a scenario that even the best science fiction author could not have imagined. Twenty-eight years and more than two trillion euros of rebuilding investment later, the former GDR has obviously caught up with its supposed bigger brother in terms of infrastructure and appearance. More than that: made anew it even surpasses good old Germany with its new technologies and brightly lit streets. But sprucing up the former East doesn’t necessarily make it a successful market. It’s the culture, consisting of tradition and entrenched structures, that has to grow and its absence creates an invisible but perceptible border, which is especially apparent when looking at the minutiae of society–at retail businesses for consumer goods, for instance.

Sales agencies complain when they are asked to service federal states such as Saxony or, even worse, Mecklenburg-Western Pomerania, as they have a reputation for being deserted and badly off. Demographic figures prove them right. Since 1990, all regions of eastern Germany have been hemorrhaging citizens, in particular young people. By 2012, the eastern federal states had lost up to 15% of their inhabitants, a tendency which–according to a study by the Berlin Institut in cooperation with the GfK, a German consumer research association–could well continue until at least 2035. Cities such as Leipzig, Dresden and Erfurt show opposite trends. Until now, eastern workers earned three-quarters of that of their western colleagues. This is not surprising given all German group companies are situated in the west while the majority of eastern companies, which were founded after 1990, remain small and medium-sized enterprises. The lower the income per head of population, the lower the potential revenue from consumer goods such as fashion. In short, there is no money to be made in these huge and travel-intensive areas. 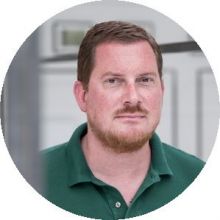 Only 15 of our 300 current clients are situated in the new Federal German states. Business focuses on a handful of places: Dresden, Leipzig, Weimar, Jena.

“In the 1990s, the West German government promised the East Germans flourishing landscapes. But to this day, there’s barely any business in the east,” Mark Grütters explains. A fashion sales expert, Grütters has observed and participated in the German fashion market for over 20 years. Today, his sales agency Fashion Factory serves brands such as Schott NYC and Penfield. “Only 15 of our 300 current clients are situated in the new Federal German states,” he says. Just last season his team travelled throughout the east for some weeks to update their client base but came away without any new discoveries. “In contrast to the size of the area, the market remains small and is hard to grasp,” Grütters explains. Corresponding figures from the Institute of German Textile Retail Traders (BTE) are similarly sobering. Of the 18,101 total German retail companies, only 3,297 are situated in the eastern part of the country and account for only 4.1% of total revenue. “Business focuses on a handful of places: Dresden, Leipzig, Weimar, Jena,” Grütters says, confirming these figures. He says that this allocation key could also be considered as normal if compared with most other foreign markets such as France, Italy or the UK. “Eastern Germany is not necessarily underdeveloped, but western Germany is a special market with a highly extensive distribution,” Grütters concludes. 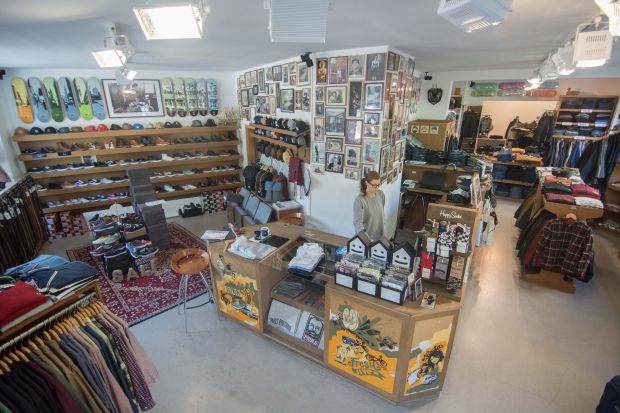 It is not only the number of POS that count but also the performance of the protagonists. “Most of the successful retailers in the east began their businesses in the 1990s,” Katja Lauche remembers. She took over Paul’s Boutique, which was founded in 1995, in Chemnitz in 2002. And it’s true, a large number of stores are celebrating upward of their 25th anniversaries. S18, with stores in Bautzen, Hoyerswerda, Cottbus and Görlitz, selling brands such as G-Star, Pepe and Khujo, was founded in 1992. Atrium, which stocks Scotch & Soda and Drykorn, is 20 years old. Pier 14, the fashion spot on the Baltic Sea with fifteen POS on the Island of Usedom alone, including Marc O’Polo stores and Liebeskind flagships, was founded in 1999. With a staff of 130, it presently generates an annual turnover of around €14 million. Until end of November the company will open three more POS–one Superdry Store and a L’Occitane Shop. “It is impossible to miss us if you want to go shopping on the island,” explains Stefan Richter, one of the three Pier 14 CEOs. And he doesn’t only mean it in a positive sense, but also as a critique of the lack of competition. “Through our expansion, we have created our own shopping experience in the centers, which would normally be an organic mix of different retailers.” Around 85% of the Pier 14 customers are tourists, many of them regulars. And even around 45% of the staff is not originally from East Germany. “We also struggle with the migration of young people to the larger cities. That’s why we invest a lot in recruiting and employee satisfaction. We believe that’s one of the keys to success in stationary trade anywhere,” says Richter. And what else promises success? “Fear is an antidote to success. Because it leads to rigidity,” Richter believes. The retail landscape certainly needs some bold ideas if it is to thrive. 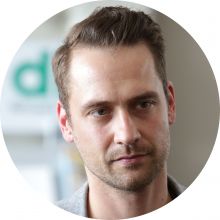 Through our expansion, we have created our own shopping experience in the centers, which would normally be an organic mix of different retailers.

And it is indeed bold to begin with a clean slate: new government, new customers, even new cities. Not only did these businesses start from scratch, but they  helped establish new city centers and the promotion of consumer culture. Large retail chains, meanwhile, secured the best locations in the cities, offering a broad selection that small retailers couldn’t compete with. “In the last five to six years, a lot of stores have closed [in Chemnitz]. Some because it was time for something new and some, because business is hard work, as anywhere,” Lauche says. Her store Paul’s Boutique offers a range of brands, such as Ben Sherman, Carhartt, Dr. Martens, Fred Perry, Iriedaily, Nudie Jeans, Red Wing Shoes and Vans. Asked about the consumer habits of her customers she busts the myth that easterners are price sensitive. “I don’t often discuss our prices. Our customers understand why a good pair of leather boots may cost €300,” she says. It’s the brand name that takes the convincing, not necessarily the price, she explains. However, she acknowledges there is a delay of around half a year when it comes to style. “But we are on our way and it was much worse some years ago.” Overall, Lauche is positive: “Since 2001 we’ve been enjoying a steady upward trend.”

Steady. This word pops up often while researching this market and contradicts the short-termed expectations of business heads as well as its high-speed infrastructural accomplishment. “Steady” could also possibly describe the mentality of the former GDR citizens, whose buying choices were restricted right down to the make of their underpants, but who were also known for their self-restraint. While Big Brother was supposed to watch and to control, his citizens built their personal environments, and created their very own interpretation of international youth culture–have you ever checked out their skateboard culture? And not for nothing was the GDR the country of uninhibited sex. 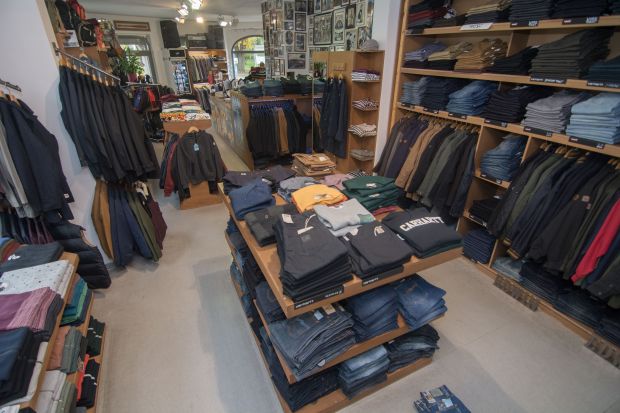 And while a large number of people escaped those confines if they could, many chose to stay and now miss some of the values they felt their country represented. Possibly a good strategy to appreciate East Germany would be to stop seeing it as a market that has to catch up with the west, but rather as a market with its own rules and culture. A young culture that will grow at its own pace and scale. You certainly can’t sniff at the number of mid-sized businesses that managed to establish several fashion locations in larger cities from scratch within just one generation, while being only months behind a market which, in terms of style, is considered to be one of the strongest in the world. 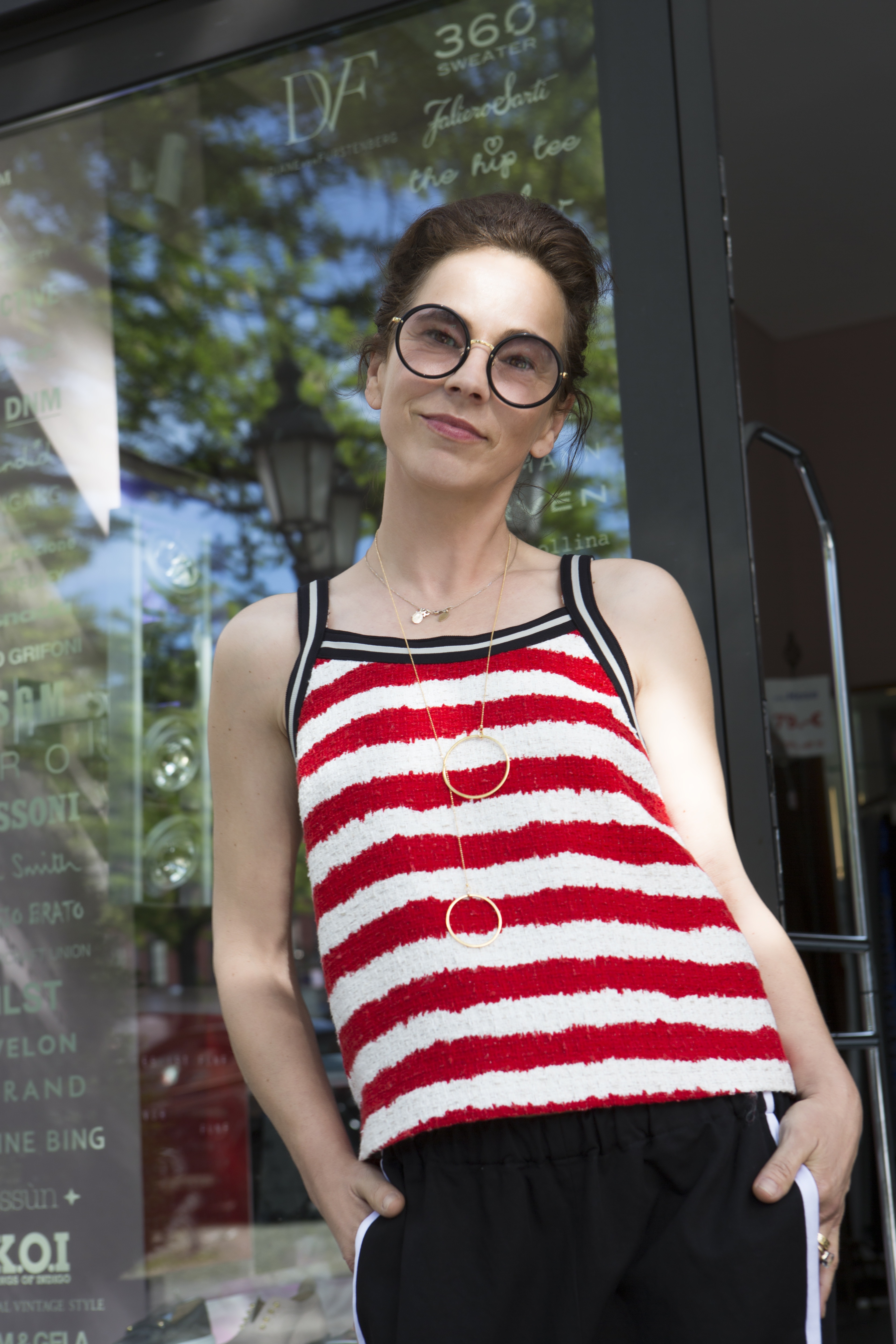 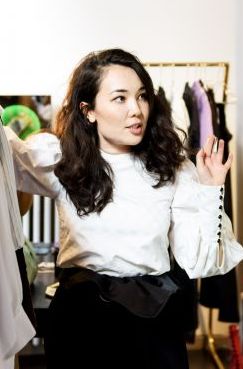 Azhar Safinova: “Small top-quality niche brands are a must” 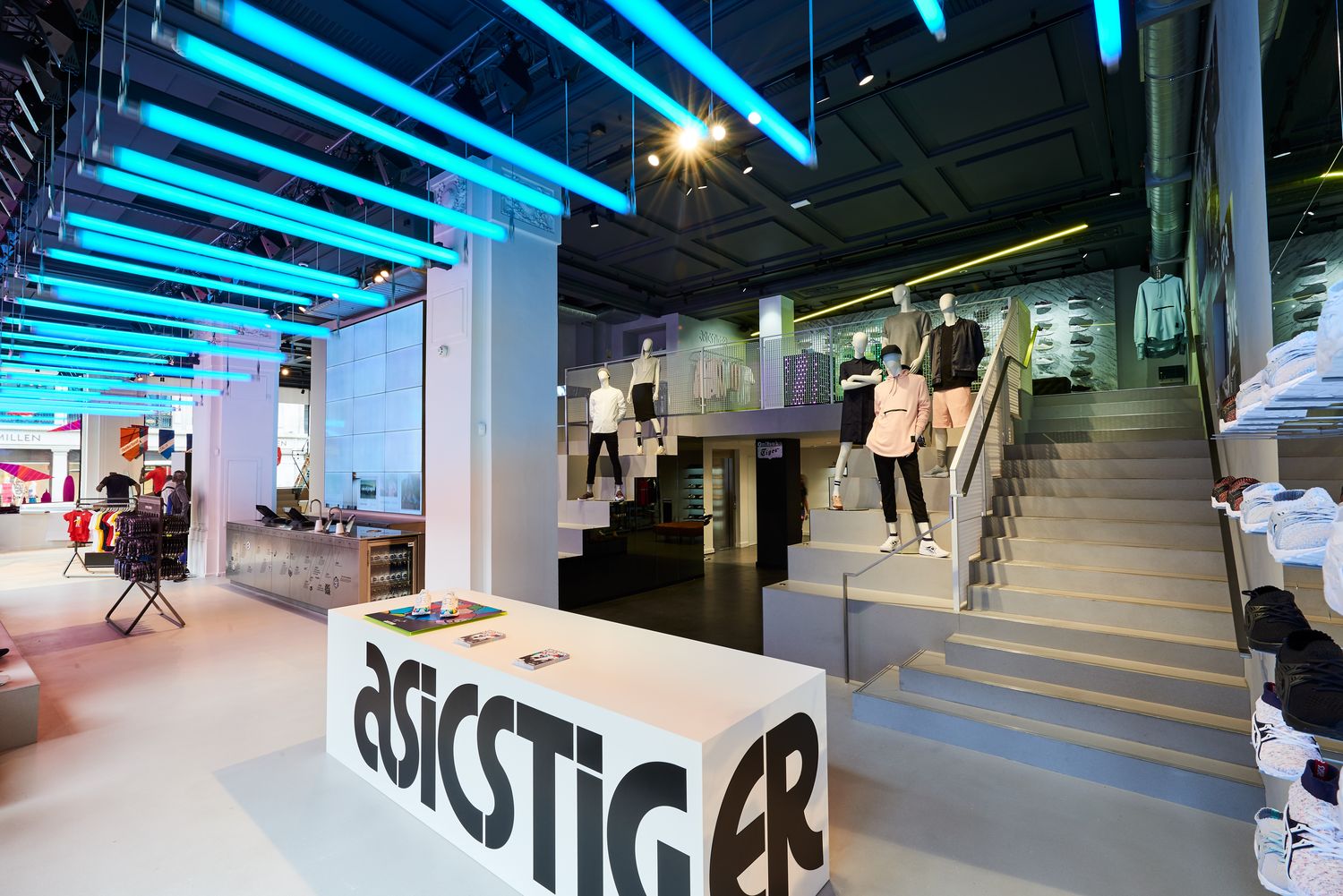 In retail, monobrands are going multi 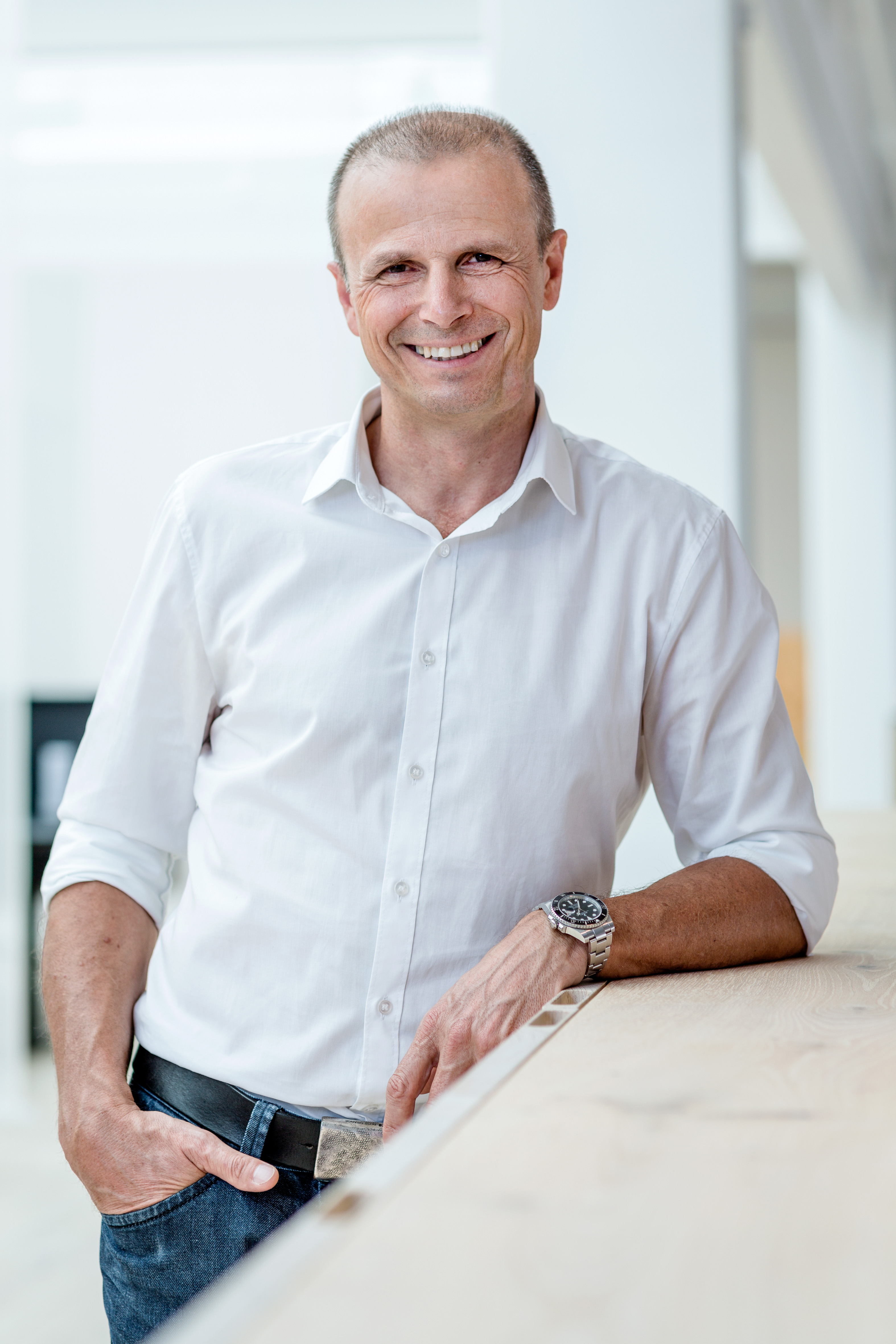 “There is a great deal of disorientation in the retail market”