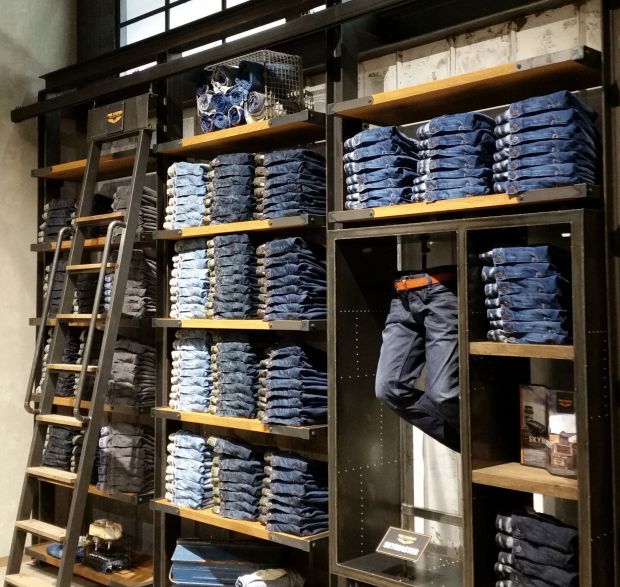 It’s been already four years since PME Legend started to serve the German fashion market through wholesale. The same period of time that Robert Theijssen has been at the helm of Dutch parent company Just Brands as chief executive officer. “The difference now is that we’re more international than four years ago, when we were just in Benelux. The brand is present in Germany, Austria, Switzerland and Czech Republic,” explains Theijssen during the opening of PME Legend’s first own retail store in Germany last Friday, located at the CentrO shopping mall in Oberhausen.

The city choice is no mere coincidence: Oberhausen is quite close to the Netherlands –where the brand’s popularity is very high– and one could hear many mall visitors speaking Dutch throughout the mall. Theijssen forecasts that a second store might open in Cologne or Düsseldorf during summer 2017. But first, he wants to test the daily business of the flagship in Oberhausen for half a year and gather insights about the German consumer. 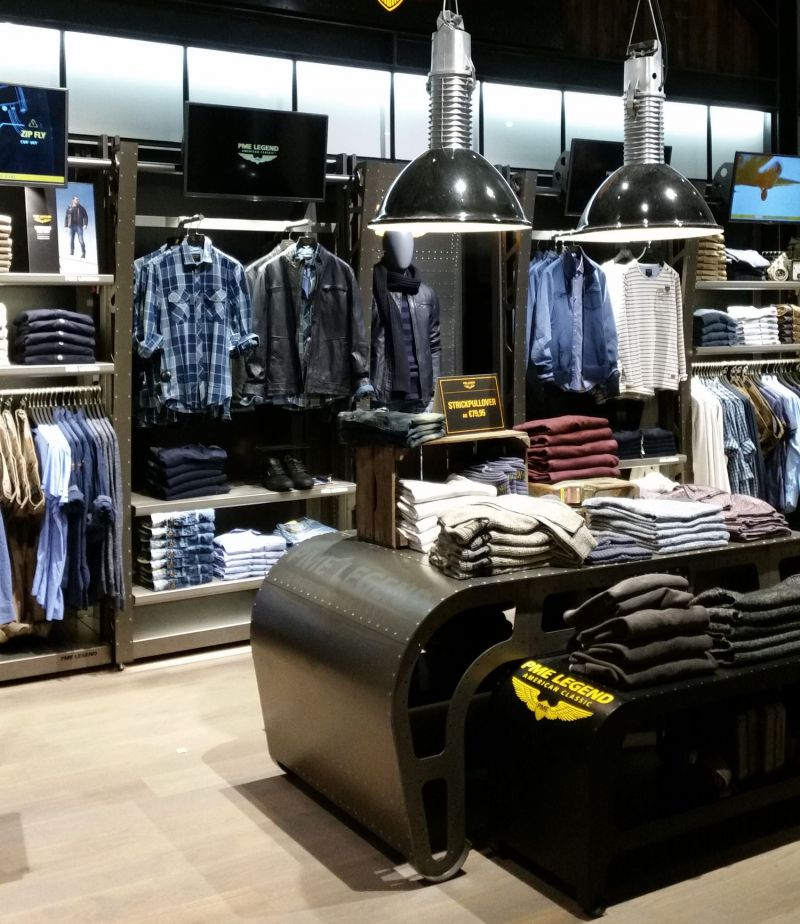 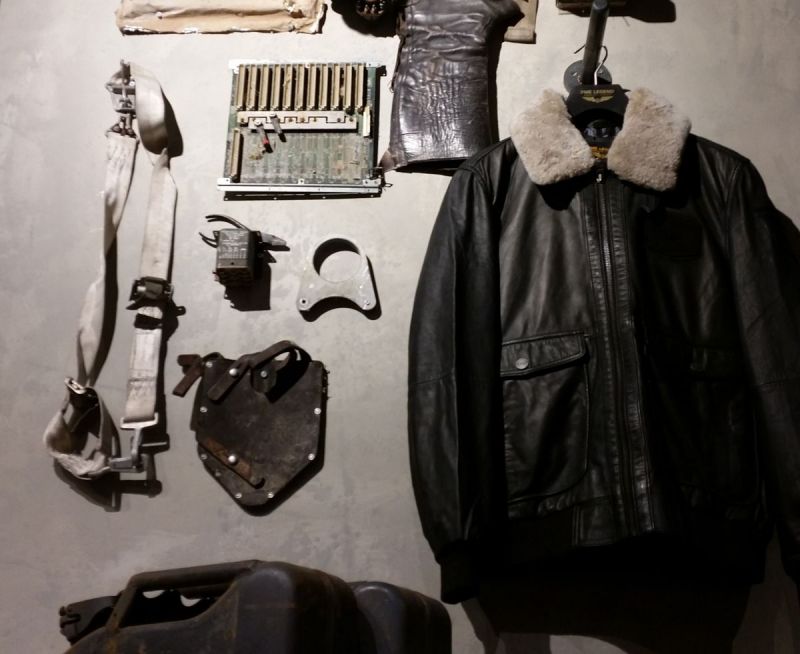 Photo: L. Molina
The cargo pilot essentials are displayed within the store.

The new shop bears a striking resemblance with the flagship in Antwerp (Belgium), both being inspired by the so-called cargo-pilot concept: a hangar-inspired space featuring metal racks and counters and polished concrete walls. The flight leather jacket and the cargo pants, the two most prominent products of PME Legend that are featured in almost every communication tool had dedicated display cabinets. However, contrary to what one might think, the three bestsellers for the brand are jeans, winter jackets and coats and knitwear, according to the CEO.

PME Legend has clearly positioned itself in the world of cargo pilots and their clothes. But at the light of much-talked about movements like gender-neutral dressing and immersed in a market where trends and popular looks come and go faster than ever, is it a blessing or a burden? Theijssen replies: “We’re sure than 80% of men like to be masculine. Our look and feel is really for the cargo pilot, but our collections are moving with the market. So if there’s a demand for blazers, we’ll have them. If the trend is destroyed, then we’ll have ripped jeans.” 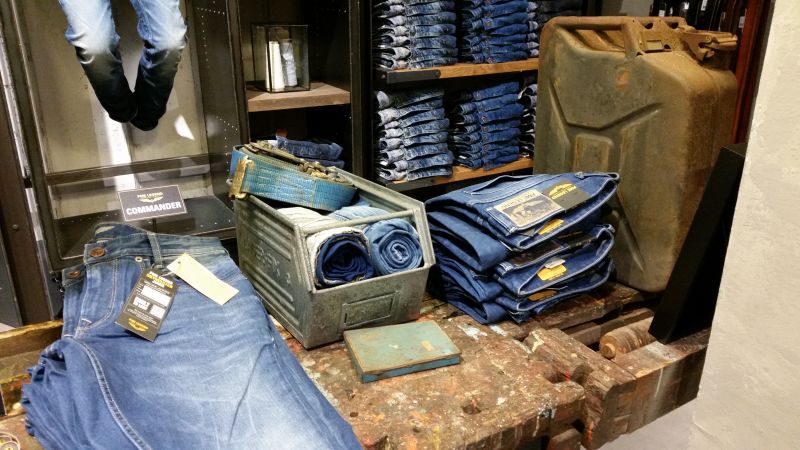 Accompanied by his wife, a man in his fifties was trying on a jumper in one of the changing rooms next to the couch where we were sitting and commented enthusiastically to a young sales assistant that he saw the brand spot on TV. When your core consumers are 30-55 year old men, Snapchat is certainly not the platform to go. The advertising campaign promoting the brand’s latest jean model Skymaster was aired in various German stations during six weeks, between September and October –just in time for the store opening. Theijssen points out that the outcome of the first two weeks was a bit disappointing, as the summerlike weather dominating central Europe also impacted sales negatively. But the time that followed, development was “incredible”. The number of likes on the German Facebook brand page increased at a ratio of +400%, translating into over 30.000 more likes than before the advertising campaign started, according to him. PME Legend had around 8.000 likes on FB before the campaign. 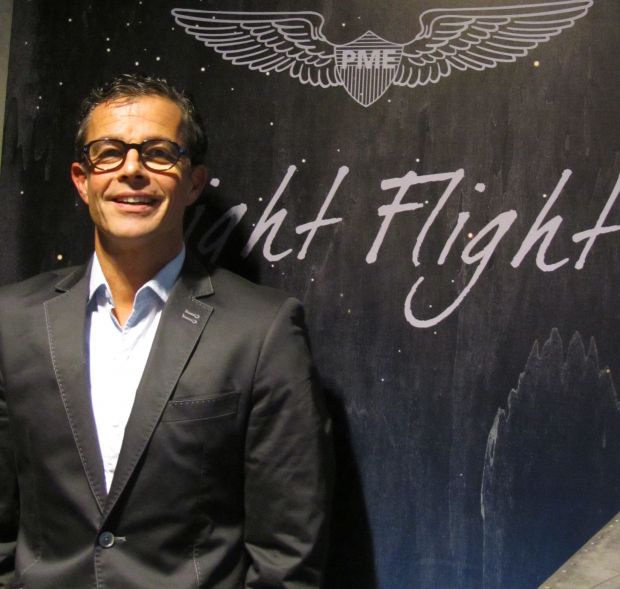 Just Brands’ portfolio also encompasses men’s labels Vanguard and Cast Iron. But PME is clearly the flagship brand, as it accounts for around 70% from Just Brands’ total turnover. In Germany, the brand currently has 450 retail partners with around 540 POS. Theijssen will continue its expansion roadmap with the support of hachmeister+partner consulting, which has been assessing the brand for its internationalization in recent years. Long-term objectives in Germany are to achieve 750 partners and 1000 doors with PME Legend, and a turnover of €60-70 million.