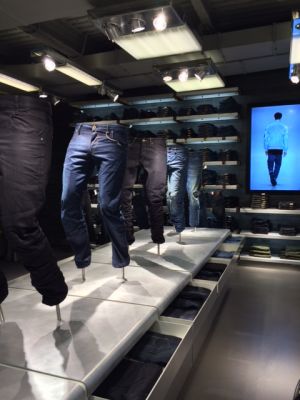 G-Star has recently announced that it will close its Milan flagship store in the central shopping street in Via Dante by 5 October 2016.

When asked for a statement, the company’s management’s answer was: “The worldwide retail environment is characterized by ever-changing dynamics. G-Star is built on a business model in which we develop our brand together with franchise and multi-brand partners in combination with our own retail. In an omnichannel environment, we are able to serve the consumer across multiple platforms and adjust the retail mix to align with market demand.”

And continued: “Ensuring a continuous evolution of our retail concept has always been ingrained deeply into G-Star’s DNA. For this reason and as we look forward, we are currently putting our focus on our partnerships with department stores such as La Rinascente and Coin and we will be part of Scalo Milano – a brand new retail village concept (editor’s note: a new shopping district that will open in Locate Triulzi, a small town in the southern outskirts of Milan). Beyond this, we are talking to a whole range of interested parties about expanding our franchise concept in Italy.”

G-Star's store in Scalo Milano is expected to open on 27 October 2016.