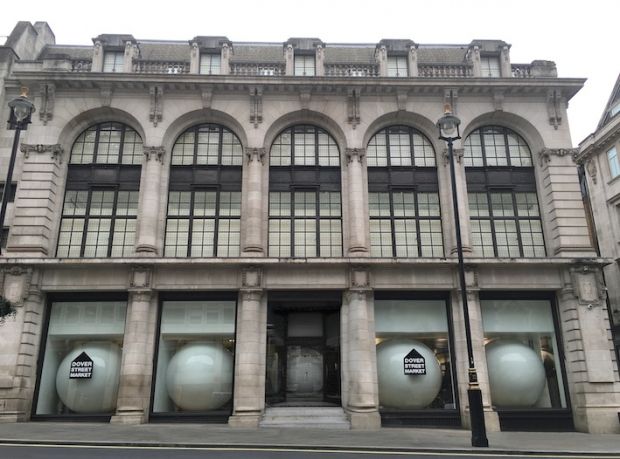 Ascending the sweeping wooden staircase of London’s Dover Street Market is like falling into a rabbit hole in reverse. This giant fashion wonderland –the multibrand brainchild of Comme des Garçons’ Rei Kawakubo and her partner Adrian Joffe–is an elaborate exercise in the art of experiential retail that has become a brand in its own right.

“From the moment Dover Street Market opened in 2004, you always felt as though you’d stumbled upon retail’s best kept secret–something distinctly conceptual and share-worthy that is several steps into the future of bricks and mortar retail,” says Moe Krimat, strategic creative director of London-based agency Seen Displays, which counts Converse, Nike and Roksanda among its clients. “The visual merchandising dotted around the windows and interiors borders on experiential art, with the store naturally guiding you around like a gallery with which you’re invited to interact,” continues Krimat. 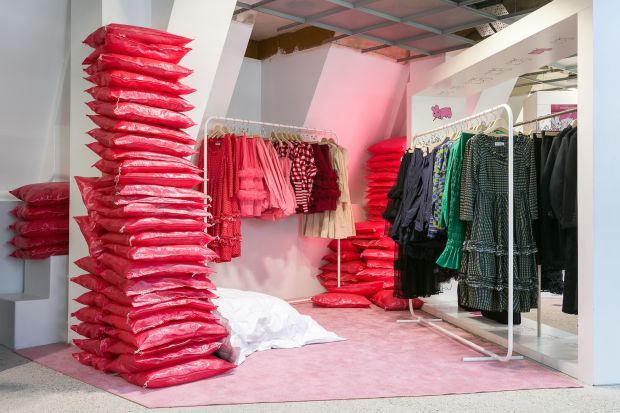 Wandering round this vast five-level, 2915-sq.-meter space–which relocated to Haymarket in 2016 from the quiet Mayfair street after which it is named–you’ll hear as many different languages as you’ll notice age brackets. As befits such a destination-worthy store, people often visit in groups, and the street-style-watching is, on a good day, better than all the international Fashion Weeks rolled into one. The top floor Rose Bakery, a canteen-style affair with communal wooden tables, is a magnet for the creative set.

Dover Street Market, in short, is as much about a “day out” as it is about filling a shopping bag. It has even become something of an unofficial research platform. “The store serves as an invaluable teaching aid,” says Richard Sorger, associate professor and MA fashion course leader at Kingston University. “It represents blue-sky thinking in terms of what fashion retail can be about, inspiring students and allowing them to analyze garments of remarkable construction by Comme des Garçons and others–it’s on a different level to anywhere else,” notes Sorger. “It’s also useful for budding designers to realize that fashion doesn’t have to be boring to be commercially viable–many of the pieces stocked are visionary and uncompromising, but they do sell.”

Dover Street Market is an incubator of young talent, but treats the more established fashion guard with equal respect. In addition to Comme des Garçons’ complete family of lines, the likes of Gucci, Balenciaga, Jil Sander and Raf Simons sit next to freshly hatched labels such as Random Identities and Marine Serre. Turn a corner, and you’ll find Paul Smith’s pintsized shop-in-shop, which is the exact size of the British designer’s first store in Nottingham. There’s also a dedicated T-shirt space, bringing a streetier and more affordable element to the repertoire courtesy of brands including Assid, Waialae Sportswear and Idea.

Product exclusives drive sales in-store and online. Recent drops include a range of Off-White hoodies and tees, while the collab between Asics and young London designer Kiko Kostadinov hit shelves at about the same time. “These collaborations keep Dover Street Market hyper creative and connected with the ‘streetwear tribe,’” observes Krimat. “I believe DSM has grown in popularity due to the increasing demand for concept stores that deliver experiential retail environments, coupled with the budding relationship between streetwear and luxury,” he observes. 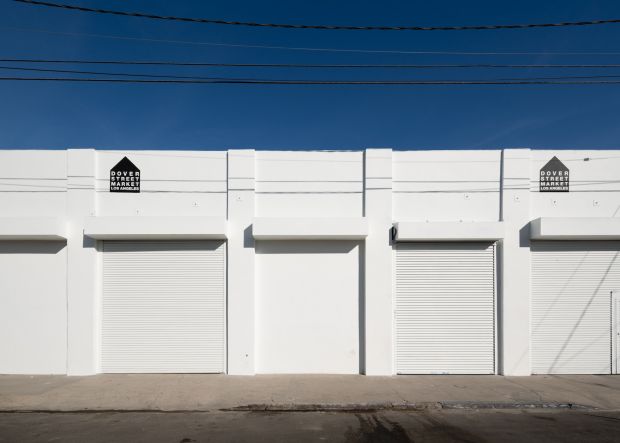 Kawakubo’s “beautiful chaos” spreads further afield
No longer a London exclusive, Dover Street Market has mushroomed into a small retail network, with stores in New York, Ginza, Singapore, Beijing and, as of November 2018, LA. “Each Dover Street Market location is designed with the surrounding environment in mind, and for LA in particular, Rei Kawakubo channeled the brightness and sunlight through the skylights, open floor plan and white tiles,” says Marissa Jartcky, head of buying and merchandising of the LA and New York stores. The single-level shop’s spiraling metal fixtures are in stark contrast to the almost brutally angular lines of the concrete-rendered exterior.

A number of artists have been invited to create works for the shop, including Warren Muller, Lyn Dillin, Bjorn Dahlem, Yuichi Higashionna and Gary Card, as well as Stuart Haygarth, whose chandeliers created from found objects adorn ceilings. 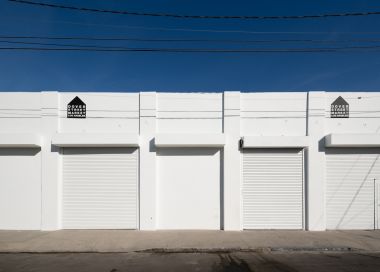 As for the LA store brand mix, there are some site-specific names. “We carry several California-based brands in the shop, including Lizzie Mandler, Nataf Joaillerie, Tom Binns, Sophie Buhai, Evan Kinori, Brain Dead and Noon Goons, as well as Melitta Baumeister–who has set up her first ever shop-in-shop with us here in LA,” says Jartcky.

Dover Street Market is a constantly evolving concept, and all its stores close for a few days every January and July for a complete refit–or as the team likes to describe it, “new beginning.” Krimat has designed several in-store brand spaces for the London outpost over the years (which we’re not at liberty to reveal), and can testify to the hard work involved in creating what Rei Kawakubo likes to describe as “beautiful chaos.” Brands and artists that aren’t prepared to dream up visionary and hyper-creative results need not apply. 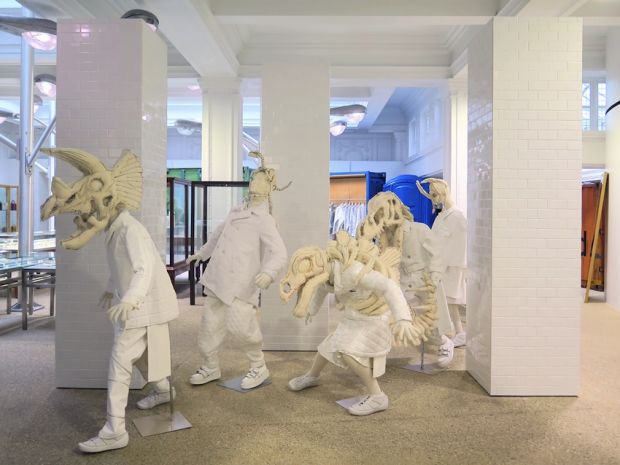 Editor’s note: In our print issue, #287, it says that Dover Street Market runs a store in Shanghai. This is not correct. Instead, the store referred to is in Singapore. 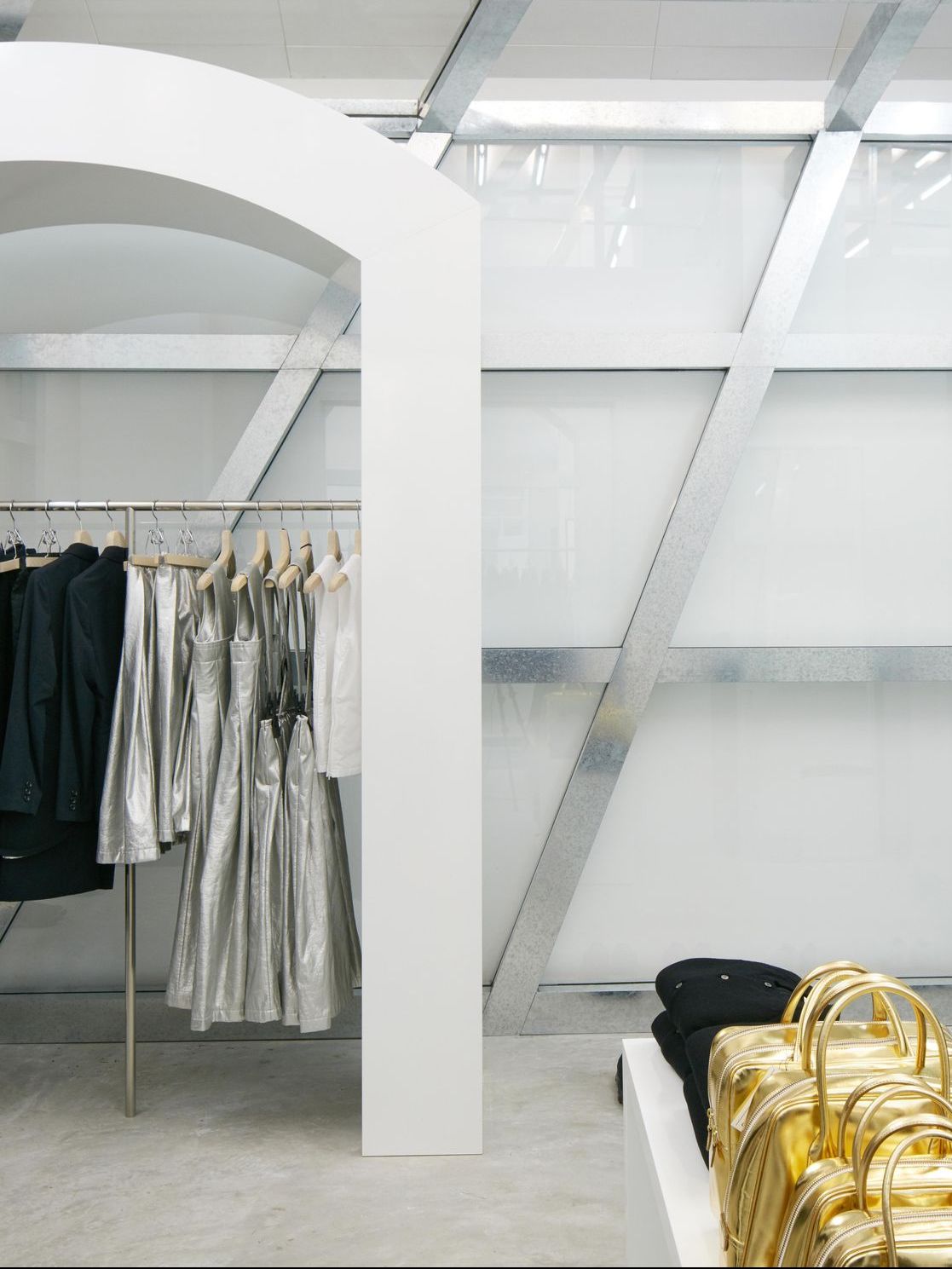 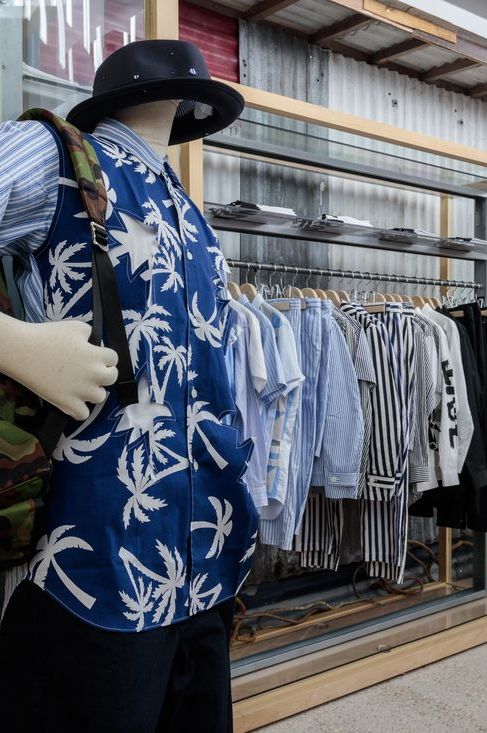