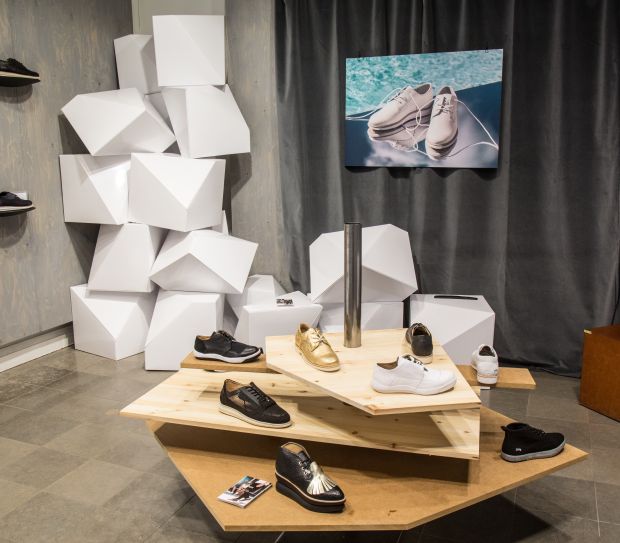 Things are stirring in central Stockholm, particularly in the fancy quarter of Bibliotekstan (Library Town). Clog purveyor Swedish Hasbeens opened a spacious store on Jakobsbergsgatan at the end of April, contributing to the street’s newfound identity as something of a Swedish showcase. Our Legacy, Nudie Jeans, Sandqvist and Elvine have all moved in, and sneaker brand Gram recently joined them. The label’s second Stockholm store serves up the entire men’s and women’s offering of premium “hybrid sneakers”, which stylistically bridge the gap between street style and smarter expressions. The bright and slightly futuristic space, which spreads over 77 sqm, has been designed by Gram in collaboration with Jenny Askenfors of design studio Bofink, which also counts multibrand concept Sneakersnstuff to its roster of clients. 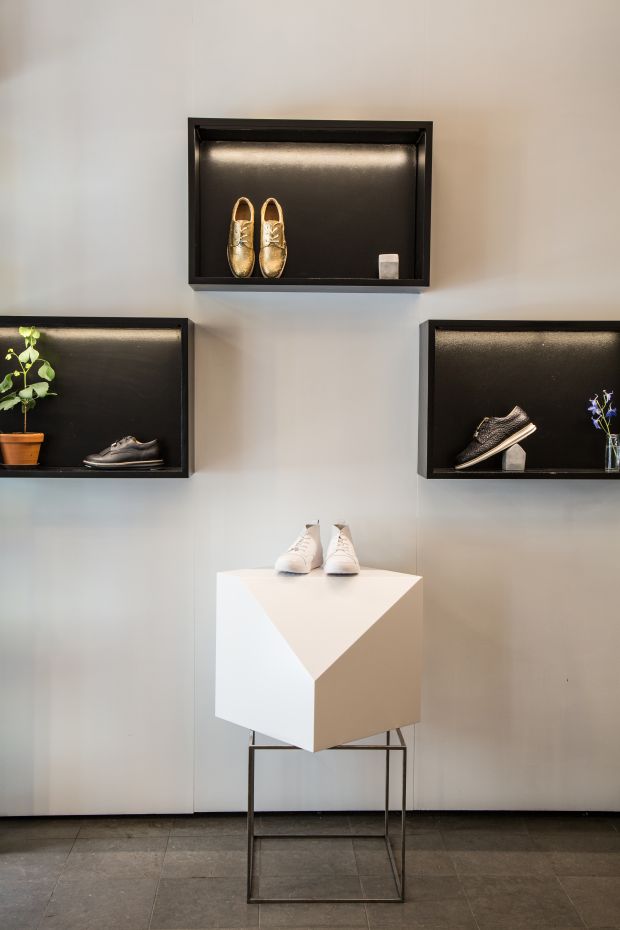