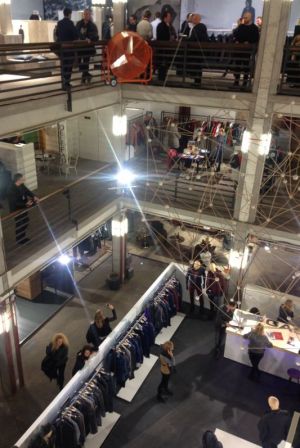 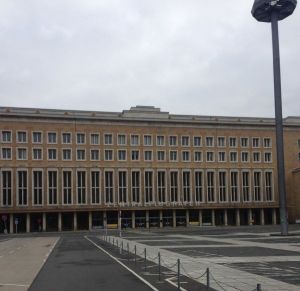 The left alone Tempelhof
Nostalgic feelings arose this morning when visiting Bread & Butter's former location at the Tempelhof airport grounds (looking for irritated visitors or explanatory signs, with no sign of both). Although the space was completely left alone and empty: Berlin’s fashion showgrounds weren’t. The German capital is definitely looking back on a busy first trade show day.
Sportswear International's team split up across the city to get some first day impressions from the different events (listed in alphabetical order).

Bread & Butter Back to the Streets: When entering the Bread & Butter offices at Münzstraße, you stumble across black-and-white voting boxes, offering two choices: ‘R.I.P. BBB’ / ‘I Want BBB’. This is the sarcasm that the Bread & Butter organizers handle their situation with. Around the courtyard, Denham and Drykorn have installed temporary showrooms in the shop spaces. Inside the building, 40 labels showcase their collections on two floors. The atmosphere is cozy and familiar and the exhibitors are happy to take part and support Karl-Heinz Müller and his team, but the traffic is rather slender – at least until noon. Most exhibitors meet their clients in fixed appointments and expect more visitors towards the afternoon hours. 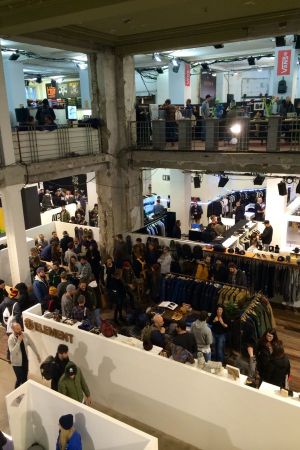 Busy times at Bright
Bright: All three floors of the Bright venue at Kaufhaus Jandorf were well packed with visitors, still keeping the show’s usual relaxed atmosphere. Although many exhibitors were in doubt about the earlier Monday start of the show (it used to start one day earlier than the other trade shows), they now showed happy about a busy first day. A lot of big names, new and re-entries, such as Carhartt or Asics increase the wide appeal of the show while the inclusion of some art, skateboarding and hairstyle elements turn Bright into a real lifestyle platform.

Panorama: Panorama has established itself, celebrating its best edition so far. Exhibitors are in a good mood and many visitors frequent the fair from morning to late afternoon. Jörg Wichmann, CEO Panorama: „We are overwhelmed. I didn´t expect such a run on the first day.” Important German buyers from Kaufhof, Karstadt, P&C, Yeans Halle were seen, supplemented by some from Italy, Spain, Russia or Asia. There is a serious business atmosphere. The show’s new Urban Up concept is a hot spot, clearly benefiting from Bread & Butter’s cancellation. Bertram Laufer, Colorado Denim: “All important clients were here. The mainstream market has found its place.”

Premium: Full house. At Premium's traditional location The Station as well as in its latest additions (Kühlhaus and new areas in the main building) it's crowded. Despite the difficult season the German and international visitors and brands’ representatives seem quite optimistic. Due to the overwhelming offer at Premium's several halls retailers want to use the first day to get an overview to return again on Tuesday or Wednesday for an even more detailed recap. 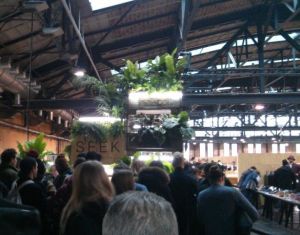 Seek on new grounds at Arena Berlin
Seek: Busy first day at Seek, as proven by the long line around midday to get a pass for the show. There is a strong excitement among visitors and exhibitors about the new venue, Arena Berlin. Despite its large hall character, the interior is very well designed and exhales a warm atmosphere. Seek hosts a superb brand portfolio, strengthened by a lot of interesting new entries. The busiest stands were the ones of Alpha Industries & other big names like Edwin.

Show & Order: On its opening day, the atmosphere at Show & Order was good, however rather calm and not too crowded. Exhibitors reported a good amount of international buyers including ones from Japan, Denmark and Switzerland. Especially international buyers experienced the joint ticketing of the four trade shows (Bright, Premium, Seek, Show & Order) as a good idea since it simplified the accreditation process and made it easier to visit not only one of the shows.