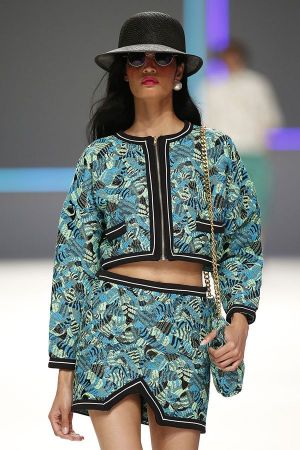 by Lorenzo Molina — July 06, 2015
From June 29 to July 3, Barcelona celebrated the 16th edition of its very own fashion week, 080 Barcelona Fashion –from now on, just 080 as the locals say-, hosting 35 catwalk shows on a savvy mix between global-reach players –Mango, Desigual and Custo Barcelona- together with established local designers and emerging talents. The recently-closed edition of 080 has scored 41.750 visitors, in comparison to the 39.800 that came to the show last January edition.

In spite of some runway appearances being very inspired by what other brands have done previously –those who watched the staging of brand Yerse might have thought of Dolce&Gabanna’s show last January-, truth is that Barcelona has some outstanding creators. Enthusiastically embraced was the “Aftersun” collection of Krizia Robustella, who masterfully created deluxe tracksuits with sheer inserts and Chanel cut garments in colors like pink, orange and yellow. Another interesting approach was the one of Blame Label, which played with asymmetry and also cuts on garments reunited by carabiners. All with a Samurai-like flair in the same direction as London designer Craig Green. Handcraft, incredible attention to detail and a focus on lace material earned Celia Vela the Generalitat de Catalunya National Best Collection Award. The firm Carlotaoms got the National Award for Emerging Design with its collection "Allegory". 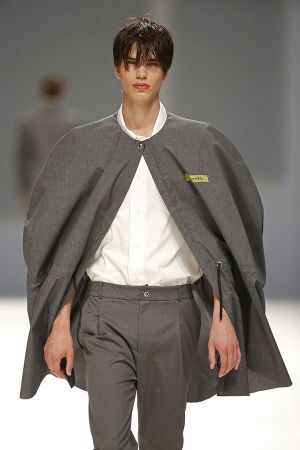 Isometric SS16
080 involved pretty much almost all top nobs of the Catalan fashion industry, from designers and brands to fashion schools and young entrepreneurs, with the unspoken aim of transmitting visitors a holistic view of the industry. On the fashion market located in the middle of the Olympic stadium Lluís Companys, venue of the event, some last-year students got the chance to sell some of their own creations to show attendees. A further novelty of this edition was the 080 Investor Day, which prized a young fashion start-up with a prize valued 150,000€ that comprehends legal assessment, an advertising campaign created by McCann Worldgroup and further assets to support the business development. The lucky winner is “Made in Me”, a platform for women to customize their own pair of shoes, which will be later hand made by Spanish artisans.

Apart from the fashion proposals, organizers had two further aces up their sleeves to especially catch the interest of foreign press. Firstly, the show invited the US interior designer and fashion icon Iris Apfel to Barcelona and projected exclusively her recent documentary filmed by Albert Maysles last Friday. Secondly, a bunch of famous international models like Jon Kortajarena, River Viiperi –ex boyfriend of Paris Hilton- or Daniela Braga stepped onto the runway at some point. 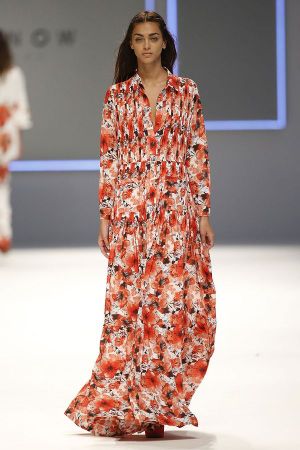 Floral prints at Wom & Now
Relaxed and unstructured men tailoring by playing with proportions, cuts and detailing. Isometric, showcasing at 080 for the second time, introduced a hybrid between a cape and a trench. Josep Abril bets on extra-baggy trousers to be hold by numerous suspenders and double buttoned shirts.

Floral prints are a classic that won’t leave the womenswear segment next warm season. Remarkable was a long folk dress with pleated patches by brand Wom & Now.

Sandals in all variations: from the nurse-like ones, to leather ones were spotted at almost every runway show.