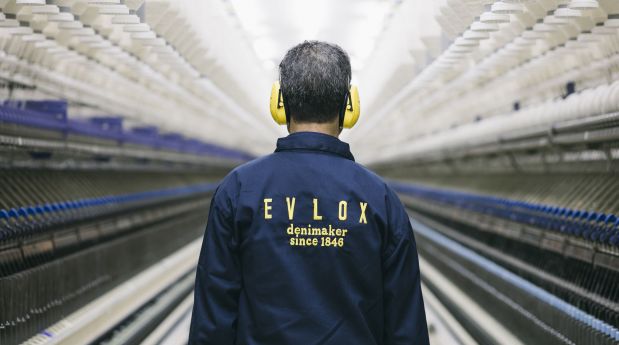 Tavex, the Spanish historical denim weaver founded in 1845, soon will have a new name: Evlox. The announcement was made during a recent event held in Settat, Morocco in the company’s fully verticalized state-of-the-art production plant. The name change will take effect from May 2018. 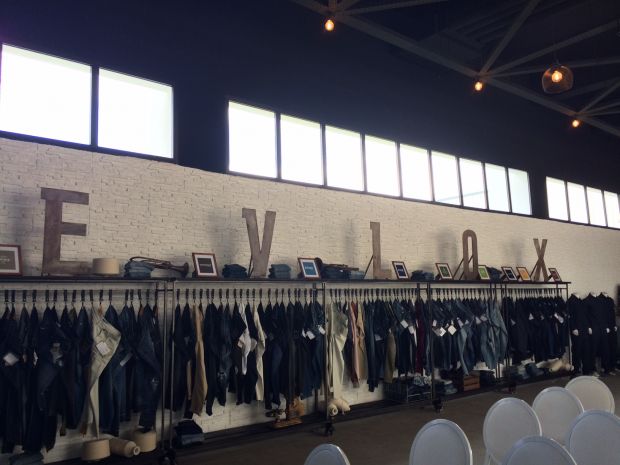 In the presence of about 250 people, including very important denim and fashion brand insiders, the company disclosed its new name and its international relaunch strategy.

The reasons for this decision originate from previous ownership's changes Tavex had to face. In 2006 Tavex merged with Brazilian denim manufacturer Santista with the aim to create a global denim leader that could serve all geographical markets and segments, though that strategy did not work out and in 2015 the global giant split itself up in three parts: Southern American operations remained to its previous owner and were named Santista Jeanswear; Northern American and Mexican operations went to a Mexican group that kept the Tavex name; the German investment fund Aurelius bought European operations that were named Tavex Europe, though obtaining the rights to use that name until 2020.

In 2016 Tavex Europe was bought by a pool of investors–Salvador Moreno, owner of 51% of the company, and Manuel Rein, owner of the remaining 49%–who decided to relaunch Tavex by betting on quality, flexibility and focusing on long-term objectives, including the change of the company’s trademark.
To avoid problems with the Tavex brand name and eventually being mixed up with other companies, the new management decided to start searching for a new brand name that could convey the same expertise, know-how but also client support and fast-forward thinking mentality. Thus from May 2018 Tavex operations and products will all be identified with the new trademark Evlox. 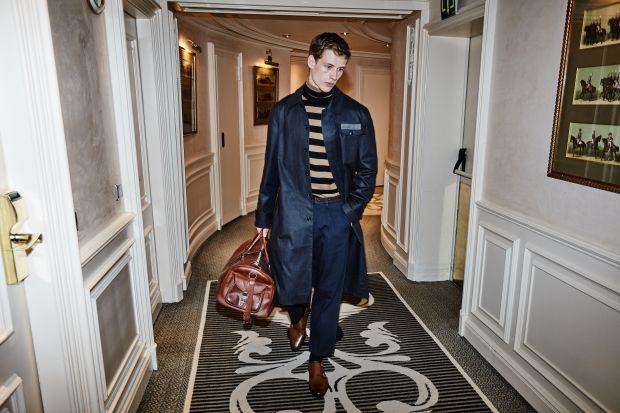 “The choice of this new name was made after a series of studies in the industry, among insiders and experts and lasted nine months,” explained Noemi Sanchez, marketing manager, Tavex-Evlox. “The Evlox name sums up together a series of founding aspects of Tavex identity. 'E' is for evolution, ethics and experience. 'V' is for value and volition. 'L' is for leadership and legacy. 'O' is for origin and optimism, and 'X' is reminiscent for Tavex.”

“Taking the concept of ‘maker’ as the center of communication, Evlox conveys its spirit with the claim ‘denimmaker since 1846’ expressing the essence of the brand with which we want to accompany our evolution,” she continues.

By analyzing why it was time for this change of name Luis Aguia, CEO, explained: “We are still allowed to use the Tavex name until 2020 but we want to stop using it by the beginning of 2019, this way we can inform clients and the industry while we can still mention it.” 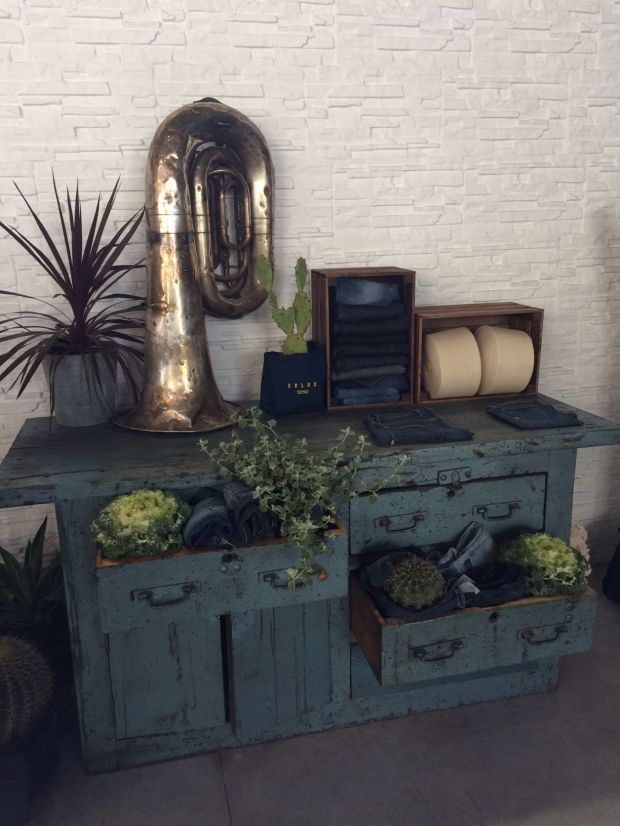 “Our company's future development targets will now concentrate on two main aspects flexibility and quality,” he explained. The company's headquarters, R&D and sales will continue to be based in Spain (mostly in Madrid), while production will only happen in Settat, Morocco, in a factory that employs about 500 people and is owned by Tavex since the early 1990s.

“We signed a protocol with the King of Morocco to invest €16 million in five years. Starting from 2016 we invested €4.5 million in this plant and will invest €4.5 million more in 2018. This means we are ahead with our investment plan,” he added. “Part of these investments are €2.6 million we have already poured into new eco-friendly fabric productive techniques and finishings–another aspect we consider as crucial for this company’s evolution.”

Thanks to these and future investments, the Settat factory is now hosting a newly opened showroom where clients can better choose fabrics and find inspiration. New machines were recently installed including ones that can guarantee the production of smaller yarn and fabric quantities and others aimed at offering made-upon-request special finishings. A special area called “The Green Area” is part of the spinning division of the company where only organic cotton and BCI cotton are spun to keep the company’s sustainable yarn production separate from regular yarns. The factory has both slash and rope-dyeing chains as well as weaving machines that can produce fabrics according to two different weaving techniques, while a third weaving system will be installed by end of 2018. 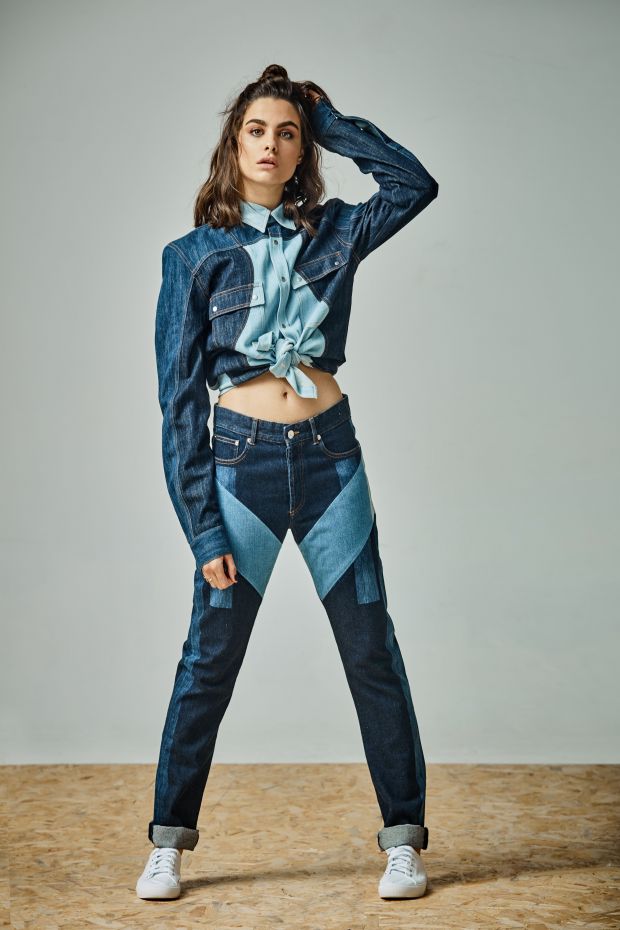 The company has been historically selling especially to Southern Europe. Its most important markets are Italy (30%), Spain (10%) and France (10%) as Europe is counting altogether for about 55%. Tavex is also gaining success in Germany and is slowly also being appreciated in Northern Europe in countries such as The Netherlands and Sweden, while selling well also to Turkey and Tunisia.

It is now also considering the possibility to expand outside of the Mediterranean basin. “We might think to start expanding outside of Europe,” continued Aguia underlining how the change of name can avoid eventual problems of overlapping with the Mexican group operating under the same Tavex name. “In the future we might consider to acquire a company either in Central or Southern America in order to expand in The US and nearby markets,” he underlined while explaining it opened a sales office in Los Angeles in 2017. Moreover, thanks to special international agreements, exports from Morocco to USA are duty-free, which would benefit its expansion in Northern America.

“As an alternative, we might think to buy a partner in Asia for growing there. Though all of these plans are still at a too early phase and we may think of in about five years. We rather want to concentrate on serving our clients at best by serving them, faster. In the past this company practically only produced four articles, now it produces 200 ones. As we can ship orders also in one week this means we are highly organized for this.” He added: “We can also satisfy smaller brands’ orders. In fact, we can also accept orders of less than 200 meters, something that not many are doing in this industry.”

A key aspect of Evlox future is to bet on evolution. “We are not changing the company. We are the same ones, though we want to constantly invest and make it evolve,” commented Manuel Rein, shareholder of the group. “The denim industry requires constant commitment in new projects and investments. The old Tavex ended up suffering because its previous owners had stopped investing.” 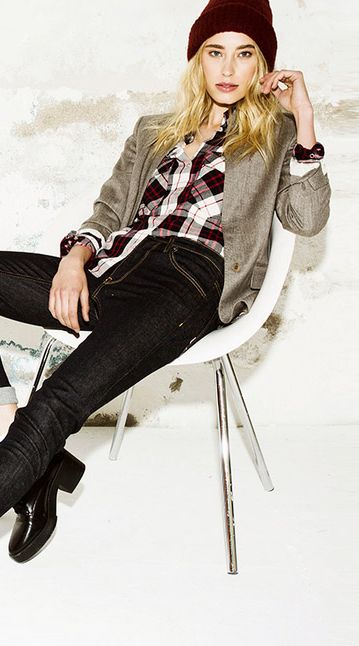 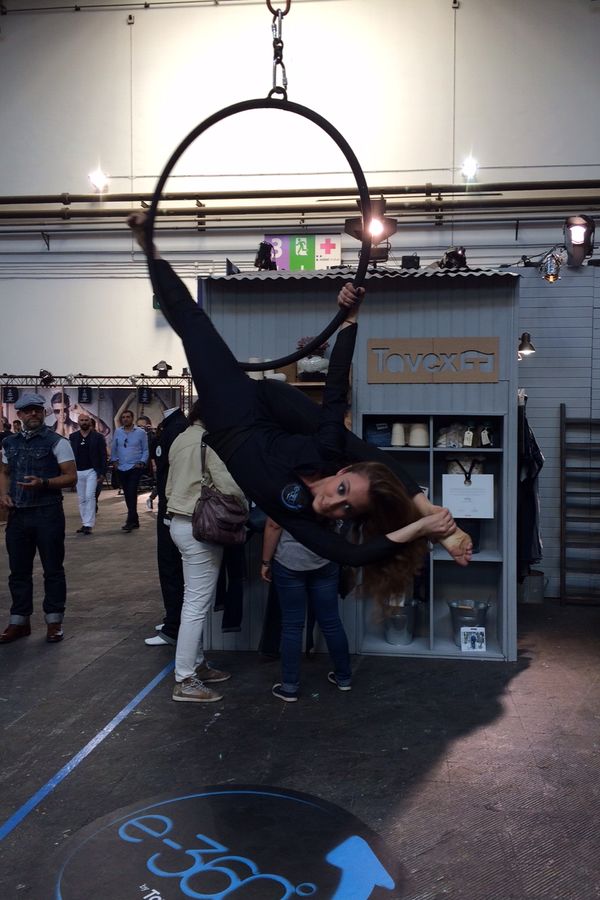