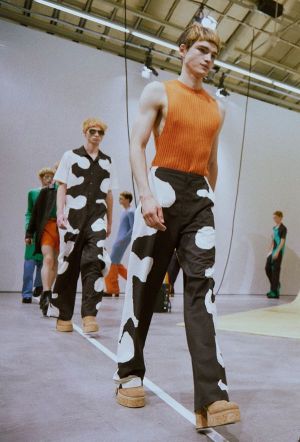 by Maria Hunstig — July 02, 2015
When speaking about fashion shows and ordering destinations in Europe, Paris is still THE place to go. No fashion show ground seems to have more international visitors and nowhere else does the air smell of fashion as much as it does in Paris.
Not only the actual catwalks line up, but just as much the style of the people visiting them, the amount and professionalism of street style photographers capturing that, the energy at trade shows or at night when the crowd gathers for a drink at La Perle or a few more at Silencio, the difficulties of getting a taxi (not only due to the local taxi strike) – everything screams fashion and this not even in a snobbish way. 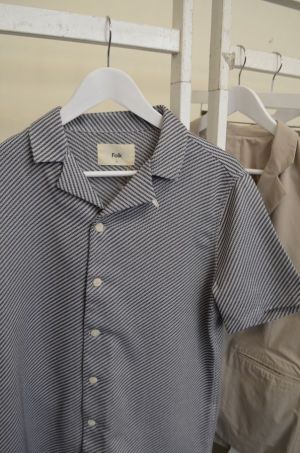 New collar solutions: Folk
Last week, the Who’s Who of international menswear buyers were in town. Seeing shows, having their appointments at the countless showroom spaces across the city and on the grounds of the menswear trade shows Capsule, MAN and Tranoi Homme. "We don't do any other trade shows in Europe or the US. All our international customers come to Paris", said Keil Rogers of Australian brand P.A.M. (Perks and Mini) who exhibited at MAN. And he wasn't alone.

Capsule, portfolio-wise the most ‘wild’ and flamboyant of the shows, hosted around 200 menswear collections from the upper streetwear/sportswear segment at the pleasantly cooled-down Cité de la Mode from June 26-28. Next to French, many of the exhibiting brands were of British, Dutch and Scandinavian origin while the newly introduced 'New America' section offered uprising US talents such as Midnight Studios. Amongst the promising new discoveries were cap-turned full range label Dezeep from Amsterdam, luxury sportswear brand Still Good, Toka-Toka (run by one of the former BWGH wire-pullers) and A.Q.O. by the owners of Legends and A Question Of. Danish household name Han Kjobenhavn showed their best collection so far. 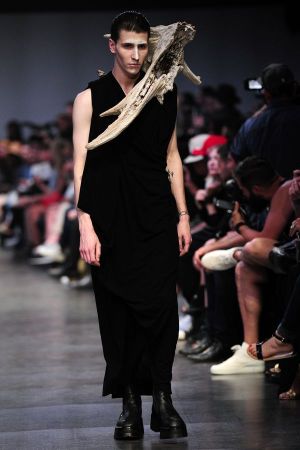 Still strong: All-black layer looks (photo: Julius)
During the same three days, MAN Paris gathered approx. 100 menswear brands from the upper casual / heritage sector plus an international crowd of buyers on three floors at Rue Yves Toudic. Despite boiling temperatures and an architecture where some booths were easy to miss, the atmosphere was very positive. High in demand were the collections by Bleu de Paname, Howlin', YMC, Uniforms for the Dedicated and Harmony. Amongst the most original discoveries were the originally stitched shirts and shoes by Italian label Jimi Roos, silk tunics by Dutch newcomer Bananatime and the intelligently constructed caps by Drink Beer Save Water.
Tranoi started a day later (June 27-29) and split its offer of ca. 300 men’s- and women’s designers in two locations: a mix of Tranoi Preview (womenswear) and Tranoi Homme at Carrousel du Louvre, and mainly menswear brands at Palais de la Bourse. Highlight collections included Adyn, Aerobatix, Dolfie (footwear) and Les Benjamins. Generally, the portfolio held many smaller lines and rather addresses the classic premium sector, so that upper casualwear and premium streetwear buyers potentially make more interesting discoveries for their assortments at MAN or Capsule. 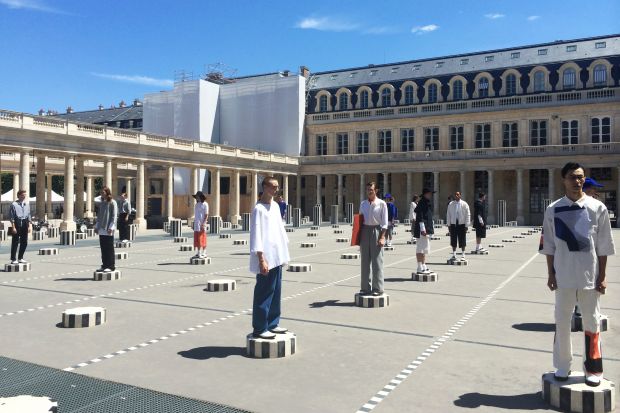 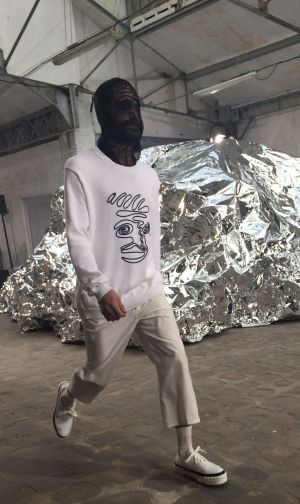 The bottom: half-mast trousers, as seen at Julien David 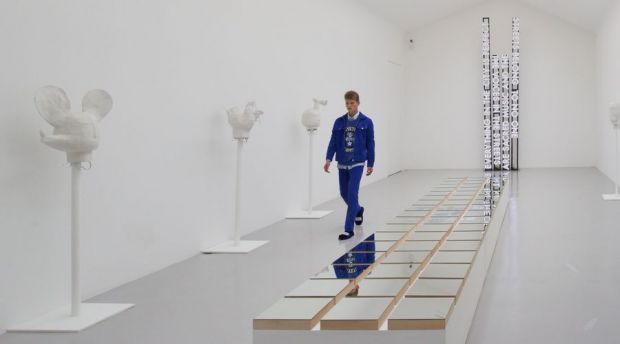